As Biden Hosts Scholz, U.S. Voters Back His Approach on Ukraine

The president has struggled to find unity with Germany’s chancellor on the Ukraine crisis, but his approach so far has found support at home 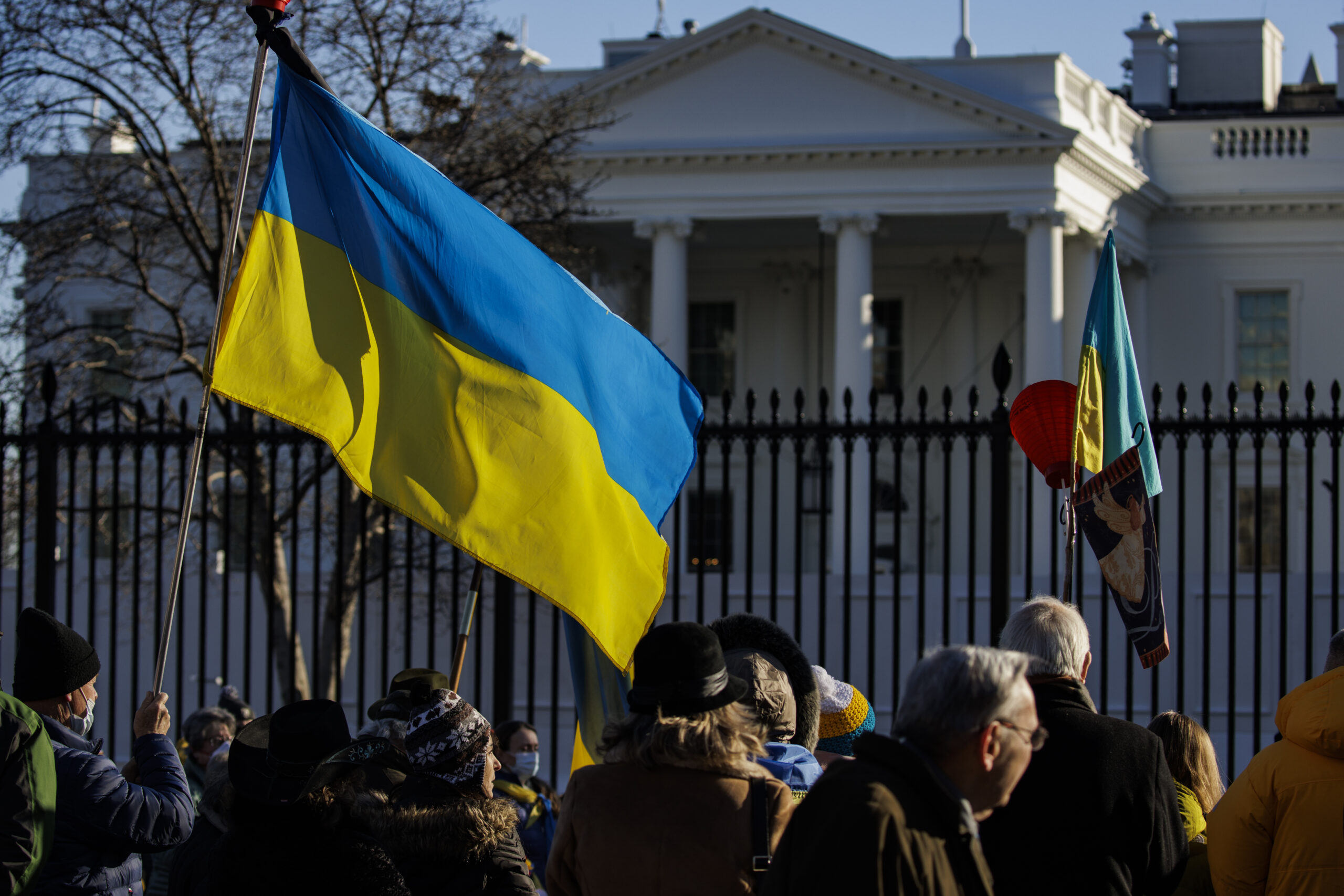 This story has been updated to include remarks from Monday’s bilateral press conference between President Joe Biden and German Chancellor Olaf Scholz.

As hopes for a diplomatic breakthrough over Ukraine faded last week, President Joe Biden announced the deployment of 3,000 U.S. troops to buttress the defenses of NATO allies in Eastern Europe in case of a Russian invasion. Washington wasn’t alone in feeling the need to reinforce allies: France said it would deploy troops to Romania, and even conflict-averse Germany began considering deployments to Lithuania.

U.S. voters, meanwhile, are more or less unified behind Biden’s management of the crisis, narrowly backing the deployment of troops and conveying stronger support for the prospect of sanctions on Russia.

Voters were asked whether they supported the following elements of the Biden administration’s response to Russian threats to invade Ukraine:

Americans across the political spectrum were mostly united in their support for the Biden administration’s approach to the Ukraine crisis, with more Republicans backing Biden’s approach so far than those who oppose it. However, the issue of troop deployments to Eastern Europe split Republicans almost evenly — with 42 percent in support and 44 percent in opposition — even as 60 percent of Democrats rallied around the president, despite the party’s historical reputation for being more dovish than the GOP.

Despite calls from Hawley, House Republicans and Fox’s Carlson to promise Russia that Ukraine will never be admitted to the security pact, 53 percent of Republican voters would not support the concession. This appears to be reflected in the views of most of the GOP’s Senate caucus, which, barring Hawley, has been notably less opposed to Biden’s efforts on Ukraine than his domestic priorities.

And while nearly 2 in 3 voters, including 68 percent of Democrats and 63 percent of Republicans, would support sanctions on Russia, the voters Biden might need to convince are in Germany. Germany’s chancellor visited the White House today, where Biden was reportedly planning to press him about potentially canceling the Nord Stream 2 gas pipeline between his country and Russia, even as high gas prices in Europe are already causing pain for German families. Morning Consult polling in January showed German adults evenly split on the proposition. Scholz, for his part, has so far been the leading voice of caution in the diplomatic wrangling with Russia, and the alliance’s cohesion could collapse without Germany’s support.

Biden and Scholz attempted to project an aura of unity at their post-summit press conference, saying that Germany and the United States stood together in firm support for sanctions against Russia and praising the strength of their bilateral relationship. But when reporters asked specific follow-ups about canceling the Nord Stream 2 pipeline, each leader struck a slightly different tone. While Biden said flatly that if Russia invaded Ukraine, Nord Stream 2 would not go forward, Scholz refrained from committing to any cancellation, refusing to even mention the pipeline by name.

However, the German chancellor did stress that Germany stood united with the United States and other allies.

The latest poll was conducted Feb. 5-6, 2022, among a representative sample of 2,005 registered U.S. voters, with an unweighted margin of error of plus or minus 2 percentage points.