34% of Americans Can Find Ukraine on a Map. They’re More Likely to Support an Aggressive Posture Against Russia

U.S. voters are split on potential responses to Russian aggression in Ukraine, but those who can locate Ukraine are the most combative 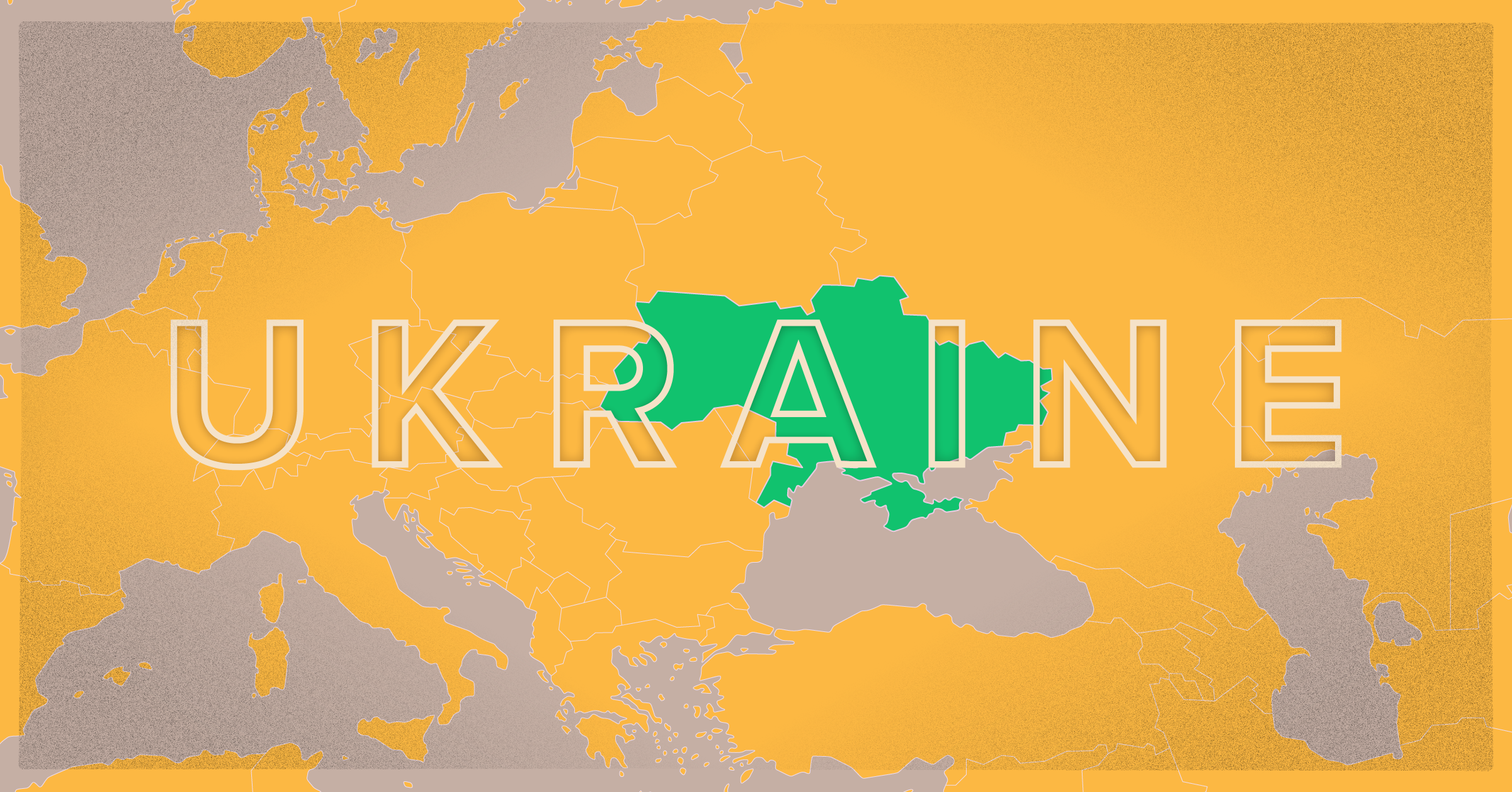 Vladimir Putin’s belligerence on Ukraine was laid bare after a five-hour meeting on Monday with French President Emmanuel Macron, with the Russian president snapping “Do you want France to go to war with Russia?” when asked about the country’s desire to join NATO.

American voters, for their part, are split narrowly on many of the proposed sanctions and military responses the Biden administration has threatened if Moscow does attack. But a little context goes a long way: Voters who can identify Ukraine on a map are more likely to back stronger policy responses against Russia, according to a new Morning Consult poll. 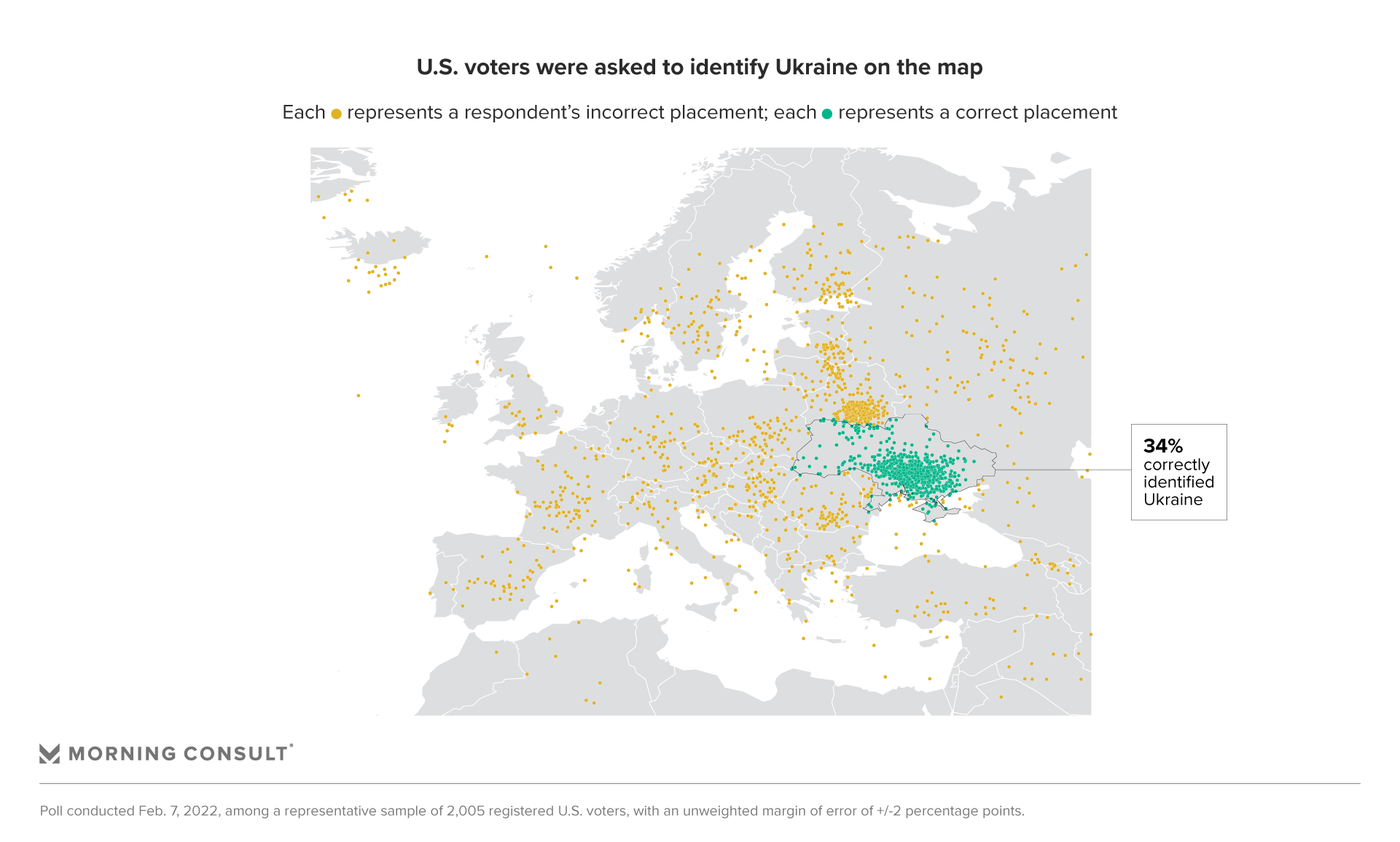 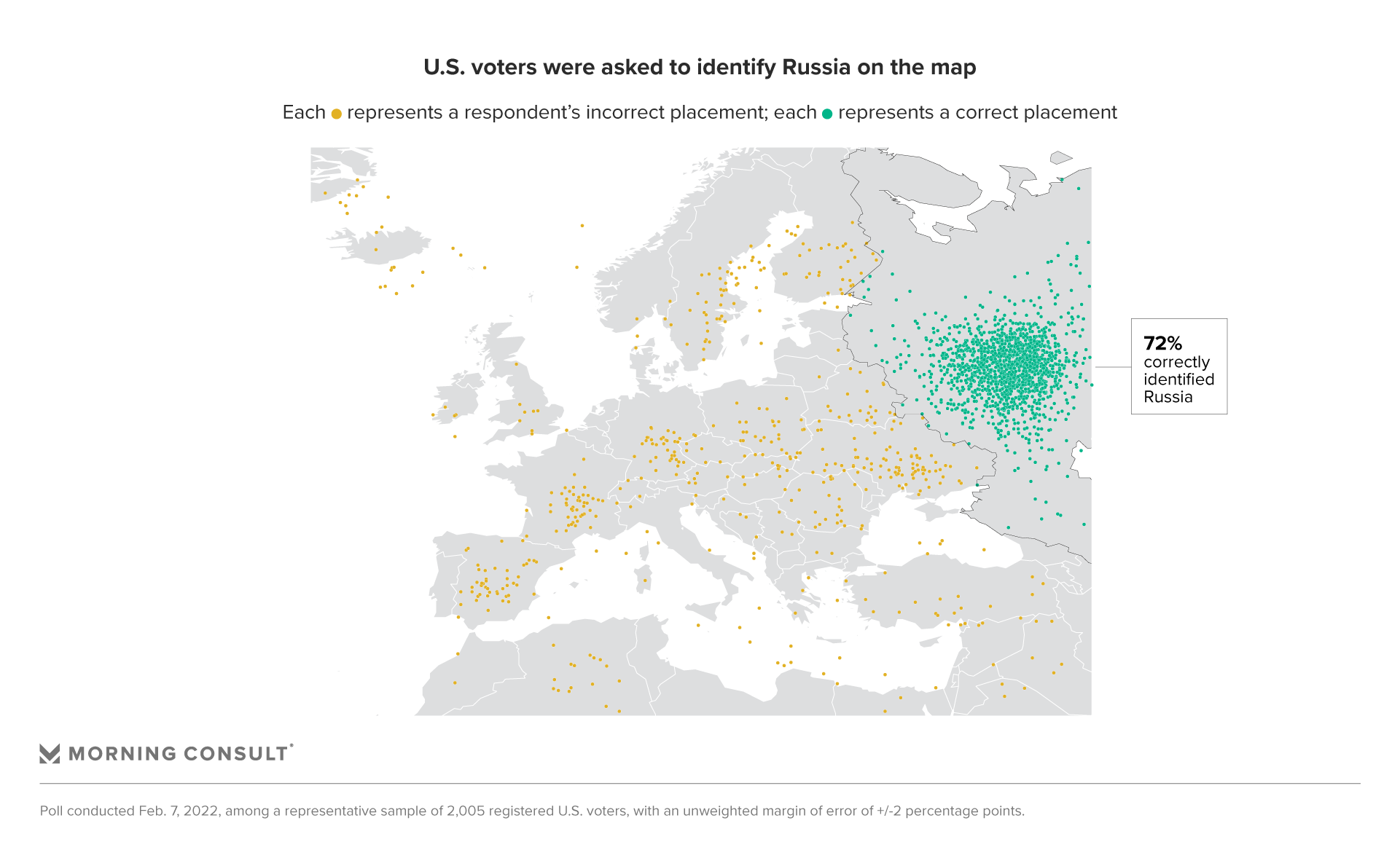 Related: As Biden Hosts Scholz, U.S. Voters Back His Approach on Ukraine

So goes the apocryphal quote often attributed to Mark Twain, and many U.S. voters are getting a brush-up on Eastern Europe as Russian troops surround Ukraine on three sides and the Kremlin demands Western security concessions in exchange for backing down. President Joe Biden and his European allies have not agreed to Russia’s key demands and are attempting to deter Putin from an attack by threatening crippling sanctions and deploying more troops closer to Ukraine. It’s been hard to miss: About three quarters of U.S. voters said they had heard at least some news about the crisis. That’s about the same number of voters who could correctly place Russia on a map, and far more than the 1 in 3 who could identify Ukraine.

Voters Who Can Locate Ukraine Are More Likely to Back Assertive U.S. Policy

Poll conducted Feb. 7, 2022, among a representative sample of 2,005 registered U.S. voters, with an unweighted margin of error of +/-2-4 percentage points for responses shown.

By double-digit margins, voters who could find Ukraine on a map were also more likely than those who couldn’t to oppose concessions to Russia such as a promise from NATO leaders that Ukraine will never be able to join the alliance or the pledge of a reduction of its military presence in Europe. Similarly, 46 percent of voters who located Ukraine were against reducing U.S. missile deployments on the continent, compared to 33 percent of those less deft at navigating the former U.S.S.R.

Nearly three-quarters of voters who could find Ukraine said they would support kicking Russia out of the SWIFT international banking system if it again invaded its neighbor, compared to 62 percent of those who could not, and 65 percent said they would support canceling the Nord Stream 2 gas pipeline between Russia and Germany, compared to just 51 percent of the other group.

But while the Biden administration can take some comfort in the knowledge its handling of the Ukraine crisis so far has enjoyed broad support among higher-information U.S. voters, it may not be enough. Biden cannot dictate the terms of any sanctions on Russia to his European allies, or deploy troops to their nations without their consent — and Morning Consult polling in January showed adults in Europe were considerably less gung-ho about sanctions and military escalations that would risk draining their pocketbooks or harming their loved ones.

The poll was conducted Feb. 7, 2022, among a representative sample of 2,005 registered U.S. voters, with an unweighted margin of error of plus or minus 2 percentage points. Responses among voters who correctly identified Ukraine on a map have a 5-point margin of error.