Majorities in all parties favor workers’ right to advocate for better pay and benefits, while overall voter support for labor unions generally continues to hover around 50% 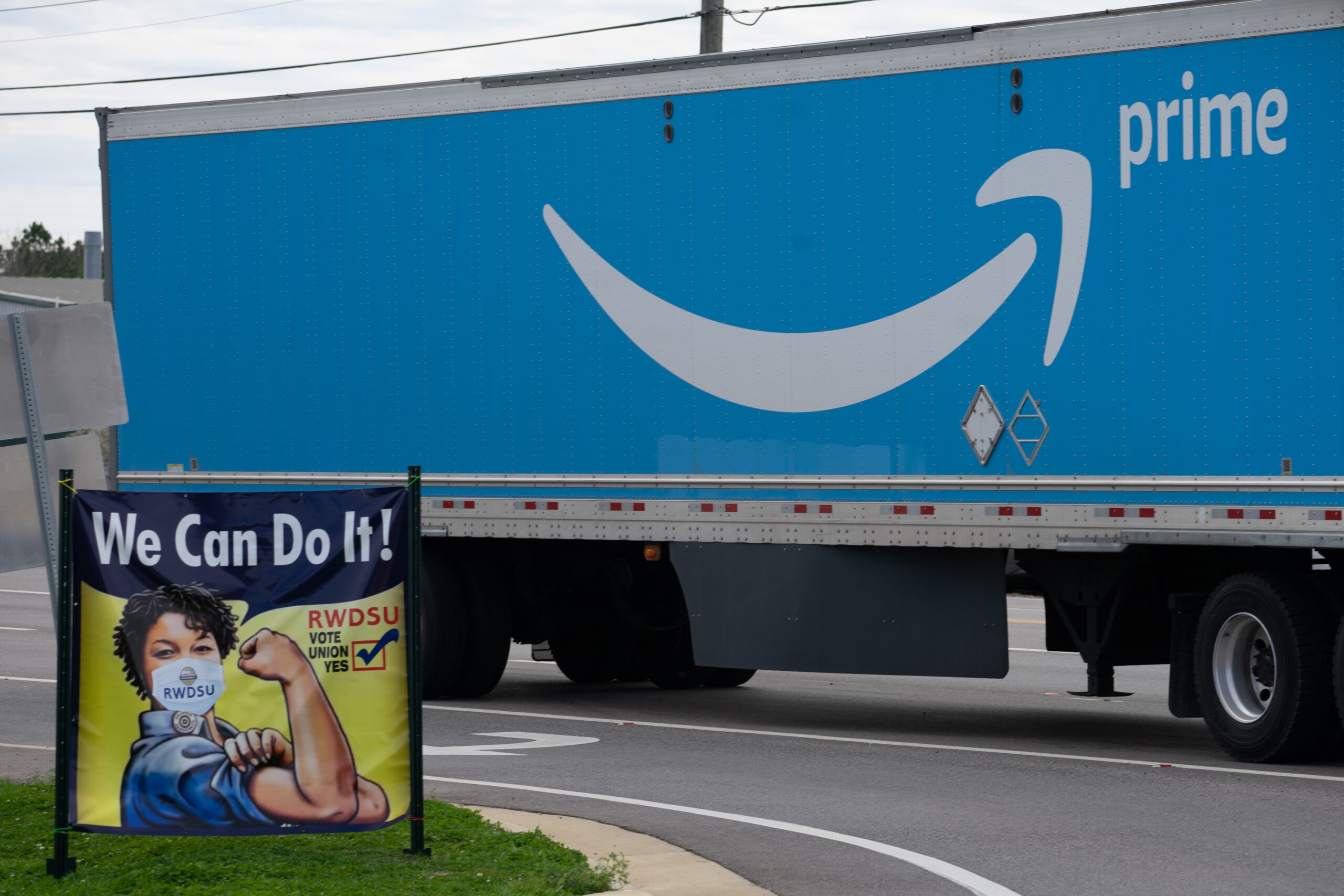 A truck passes an Amazon fulfillment center in Birmingham, Ala., amid a labor push from the Retail, Wholesale and Department Store Union on March 5, 2021. A Morning Consult/Politico poll found that 77 percent of registered voters support the right to bargain collectively for various workplace protections. (Megan Varner/Getty Images)
By Chris Teale

As more Amazon.com Inc. warehouse workers move to unionize, support among registered voters for employees’ rights to collectively bargain remains robust at 77 percent, a figure that is virtually unchanged since last year, according to a new Morning Consult/Politico poll. 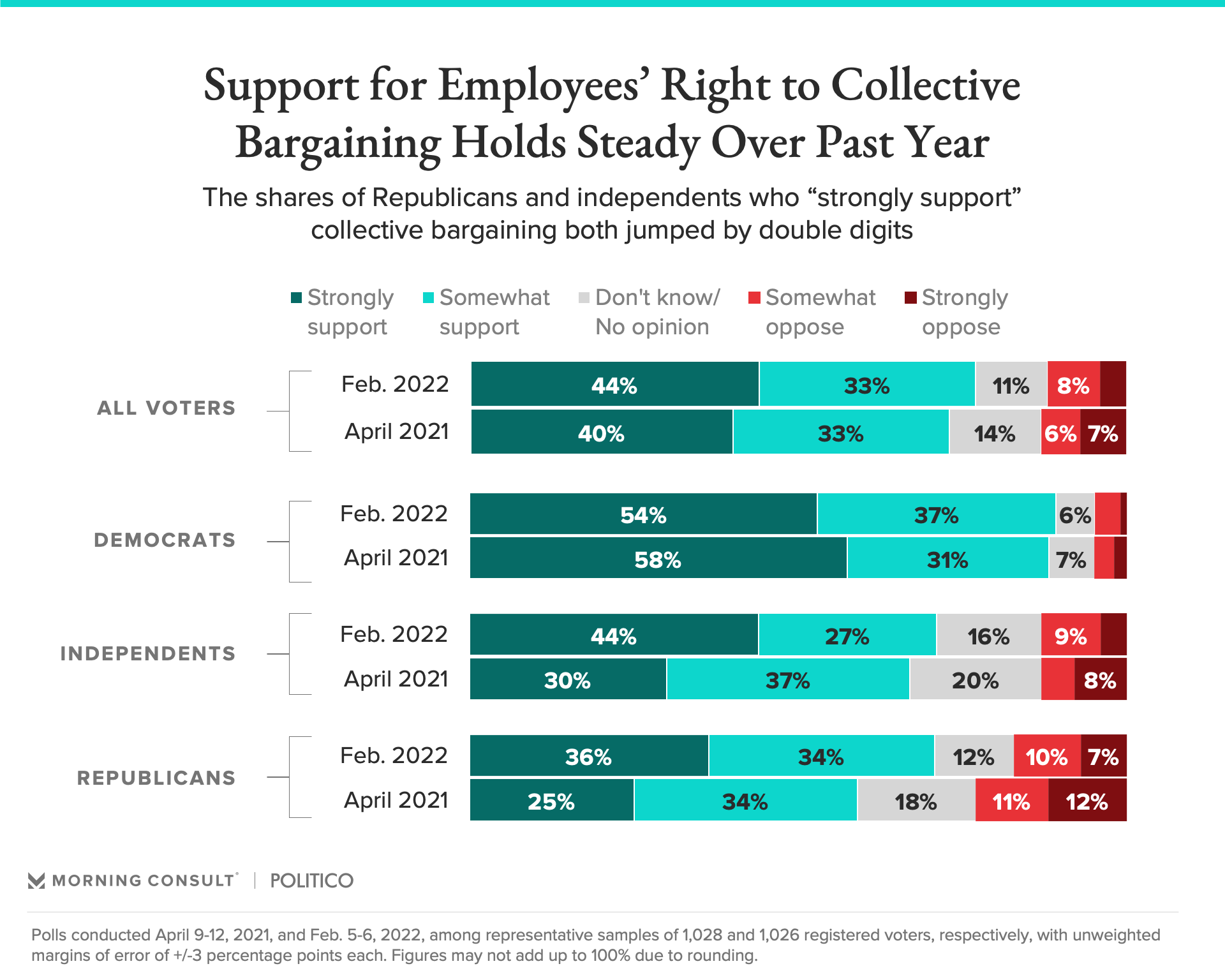 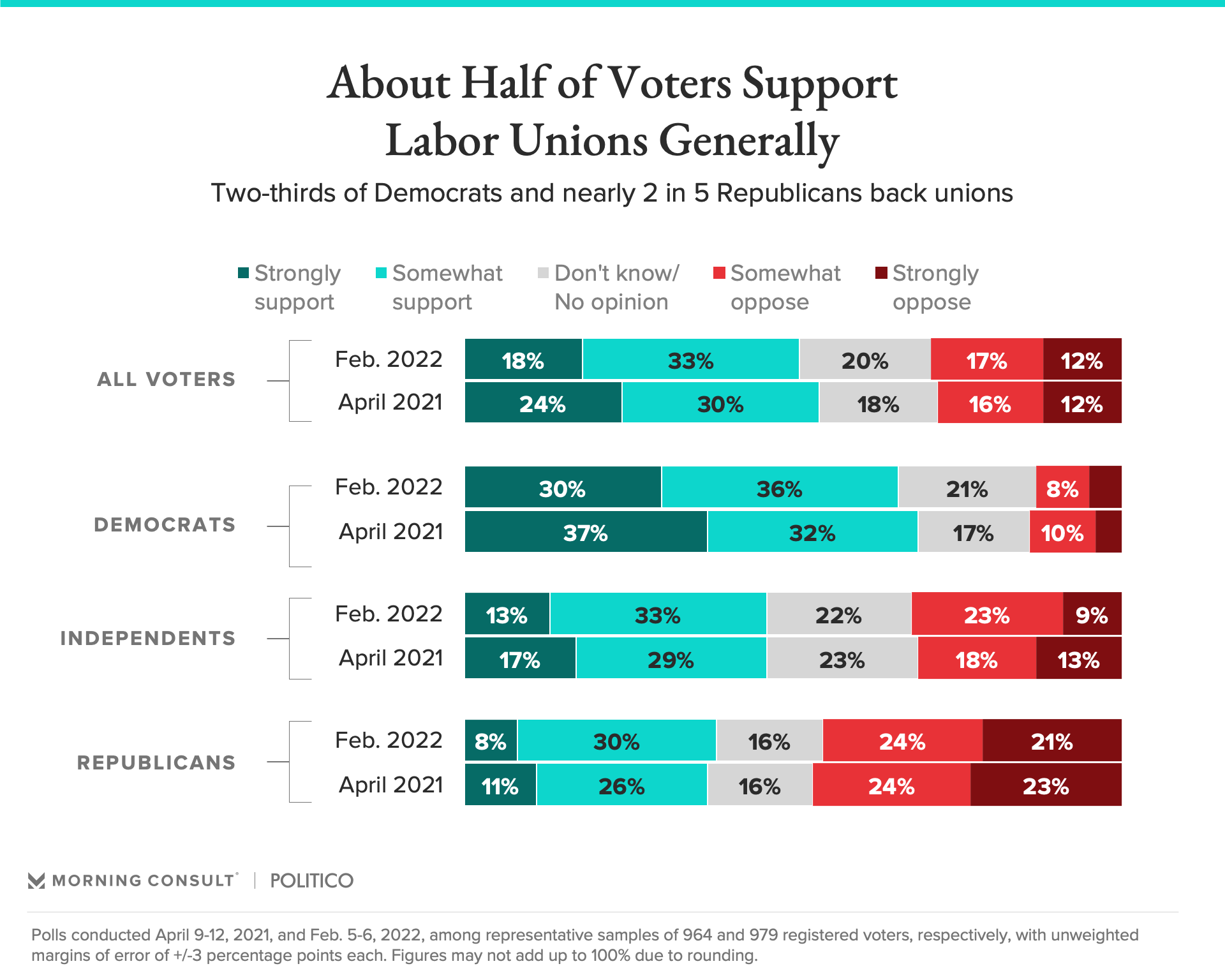 Efforts to unionize at Amazon warehouses have seemingly started to gather momentum, as workers in Bessemer, Ala., last week began a revote on whether they should unionize. The National Labor Relations Board ruled last month that workers at a Staten Island, N.Y., warehouse have enough petition signatures for a unionization vote of their own.

Workers at a second Staten Island warehouse, known as LDJ5, also have petitioned to form a union. An Amazon spokesperson declined to comment on the new unionization effort and similar initiatives elsewhere, except to say that the NLRB has not notified the company of any new developments at LDJ5.

Among those behind the unionization push have been the nascent Amazon Labor Union in Staten Island, and the Retail, Wholesale and Department Store Union more broadly, including in Alabama. Spokespeople with the Amazon Labor Union did not respond to requests for comment.

In a briefing last month, workers at Amazon’s Bessemer warehouse accused the company of surveilling their activities and said an increasing number of employees are coming together to demand better pay, a fairer break system, better communication and “dignity and respect at work.”

“The union is not some third party, but it’s us coming together to demand change,” Isaiah Thomas, who works at the warehouse’s ship dock, said during the briefing. An RWDSU spokesperson declined to comment further.

The Feb. 5-6, 2022, survey was conducted among a representative sample of 2,005 registered voters, with an unweighted margin of error of plus or minus 2 percentage points.