Gauging the Impact of the Expanded Child Tax Credit’s Expiration

75% of beneficiaries, who are turning on Democrats in Washington, say the discontinued payments will cause financial strain 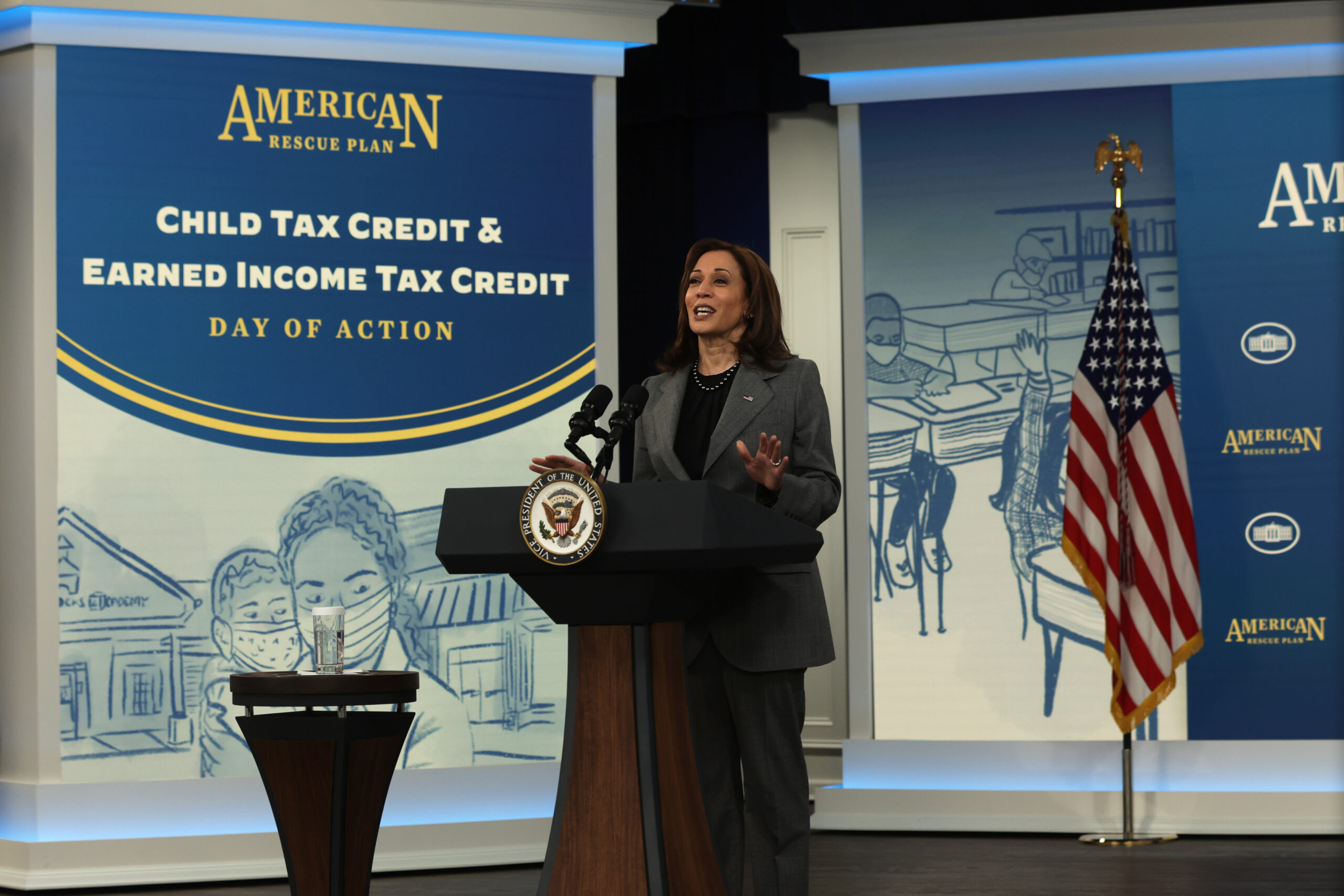 President Joe Biden and congressional Democrats ended 2021 with strong support among the subset of the electorate who had received child tax credit payments under the American Rescue Plan Act. But those expanded monthly payments – paid for as part of Biden’s COVID-19 relief package – ended in December, and according to a new Morning Consult/Politico poll, voters are feeling the impact. 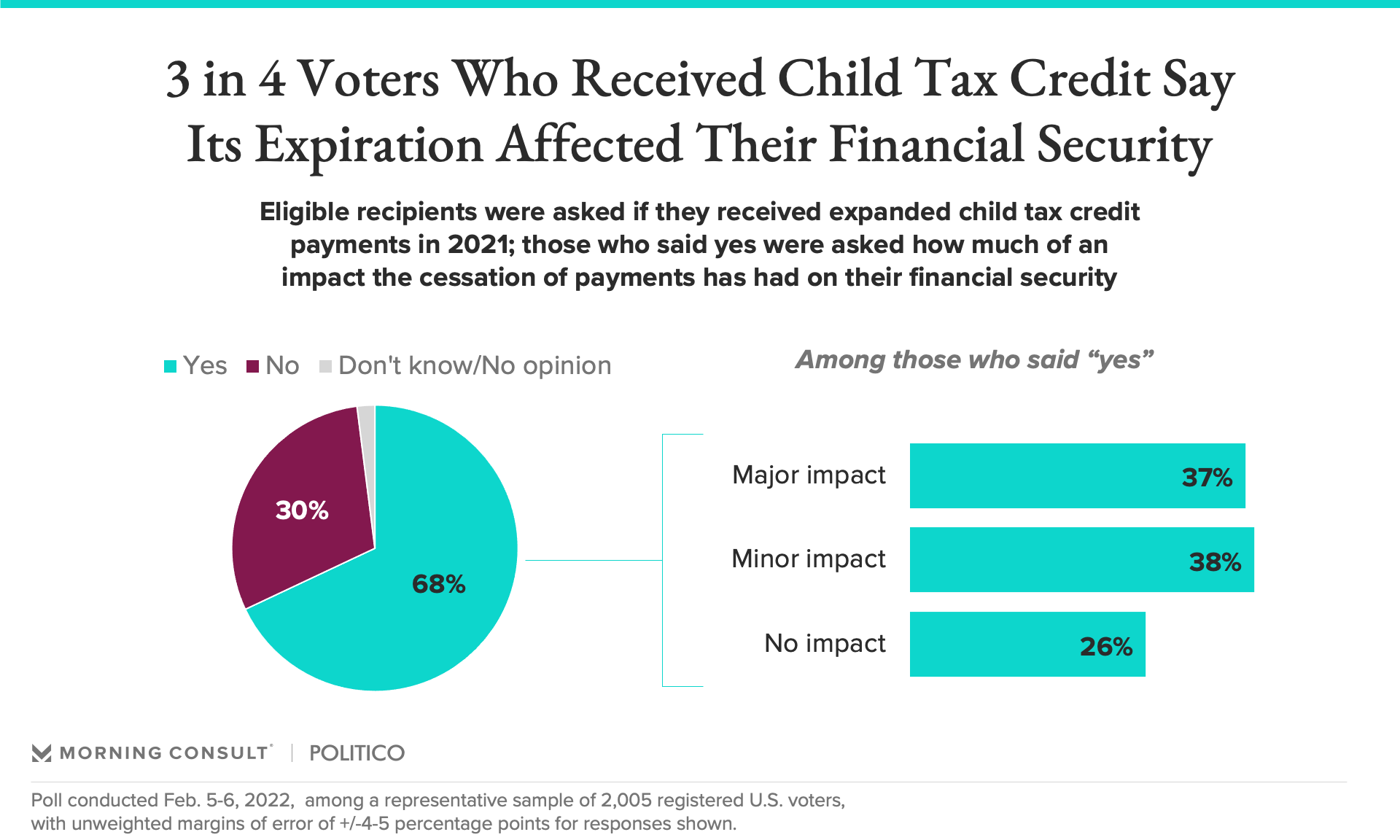 The White House kicked off an effort Tuesday to get child tax credit money to parents who did not receive advance monthly payments in 2021. And while the initial round of money slashed domestic child poverty, its continuation got hung up in the debate last year over Biden’s now stalled Build Back Better Act.

Democrats on Capitol Hill have reportedly explored changes to the expanded child tax credit program to lure support from Sen. Joe Manchin (D-W.Va.), but it may not be enough to stave off political pain from the growing chunk of voters that has become more unhappy with Democrats. 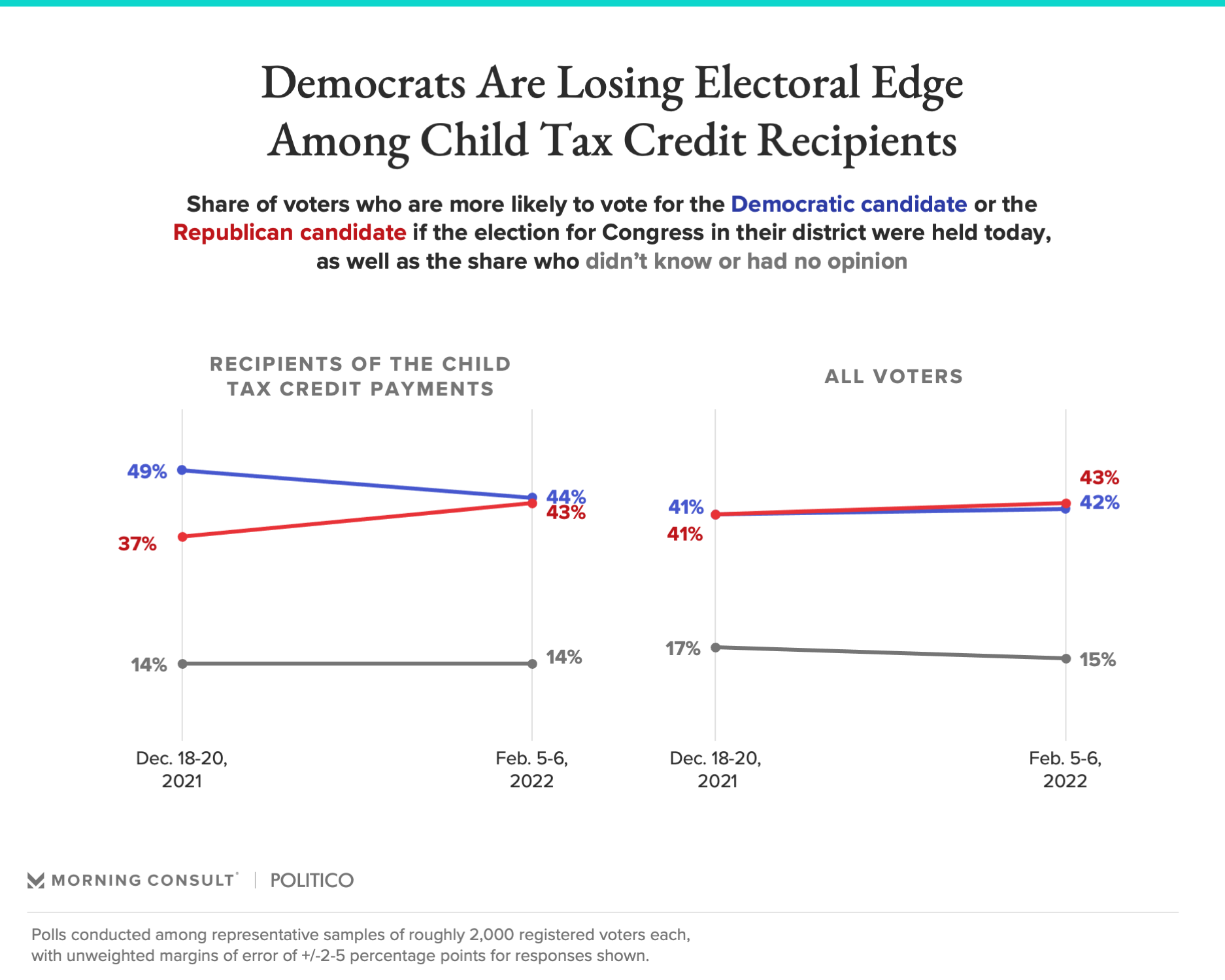 The latest poll was conducted Feb. 5-6, 2022, among a representative sample of 2,005 registered U.S. voters, with an unweighted margin of error of plus or minus 2 percentage points. More than 360 voters who reported receiving the expanded child tax credit payments in 2021 were polled, with a 5-point margin of error for their responses.