Russia’s Reputation Among Europeans Has Slipped Amid Ukraine Standoff

But while Moscow’s threats have underlined the key U.S. role in Europe’s security, many there remain ambivalent about America and the transatlantic alliance 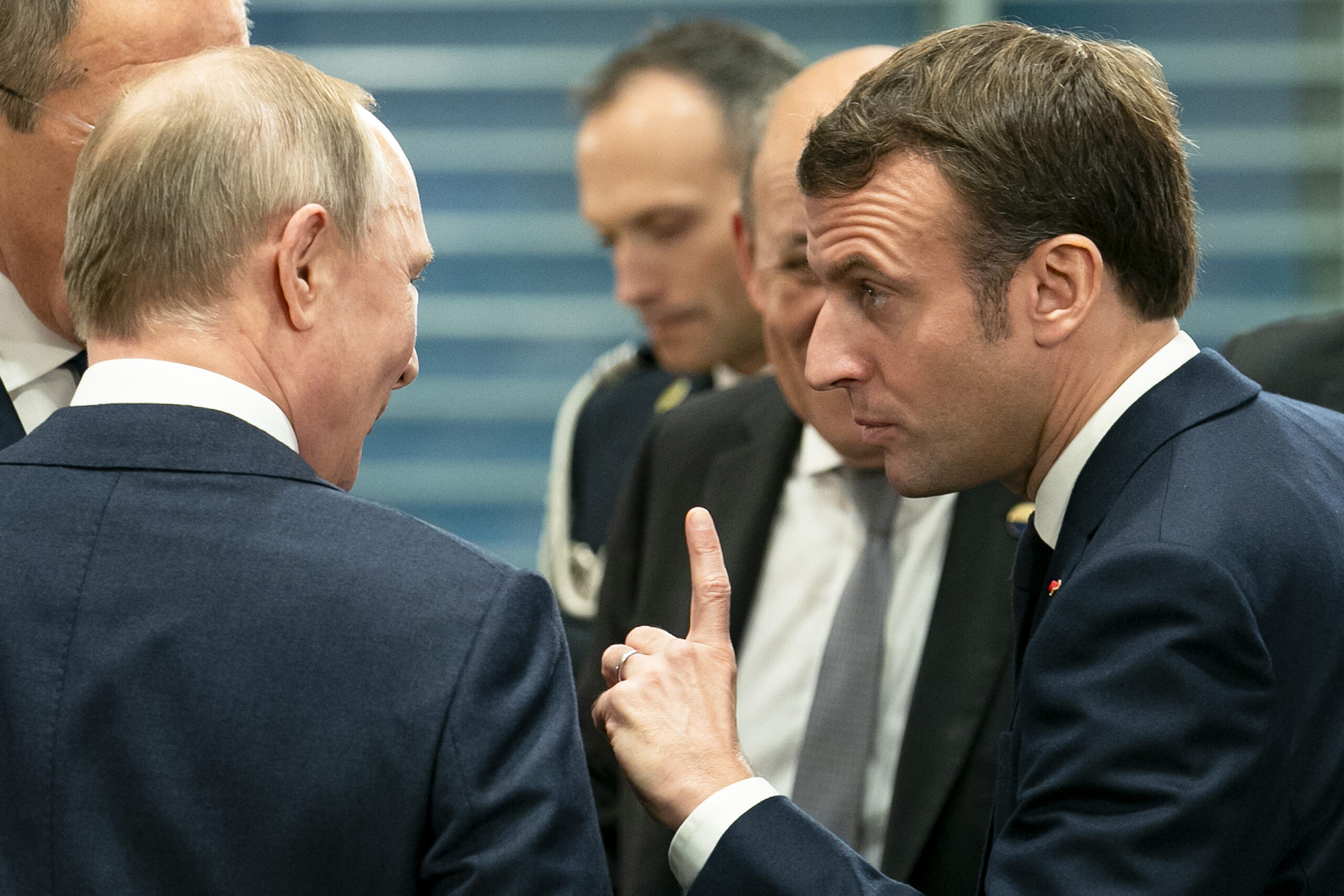 The Ukraine crisis has given a new generation of Europeans a taste of what growing up during the Cold War might have felt like, with opinions of Russia on the decline over the past few months as it has threatened to invade Ukraine unless it abandons desires to get closer to the West.

At the same time, views of the NATO security pact and its most powerful member country, the United States, have held steady or improved as U.S. President Joe Biden has tried to piece together a united front against Moscow. But the devil is in the details: While countries in Northern Europe show higher levels of antipathy toward Russia, adults in Southern Europe appear to be less perturbed. 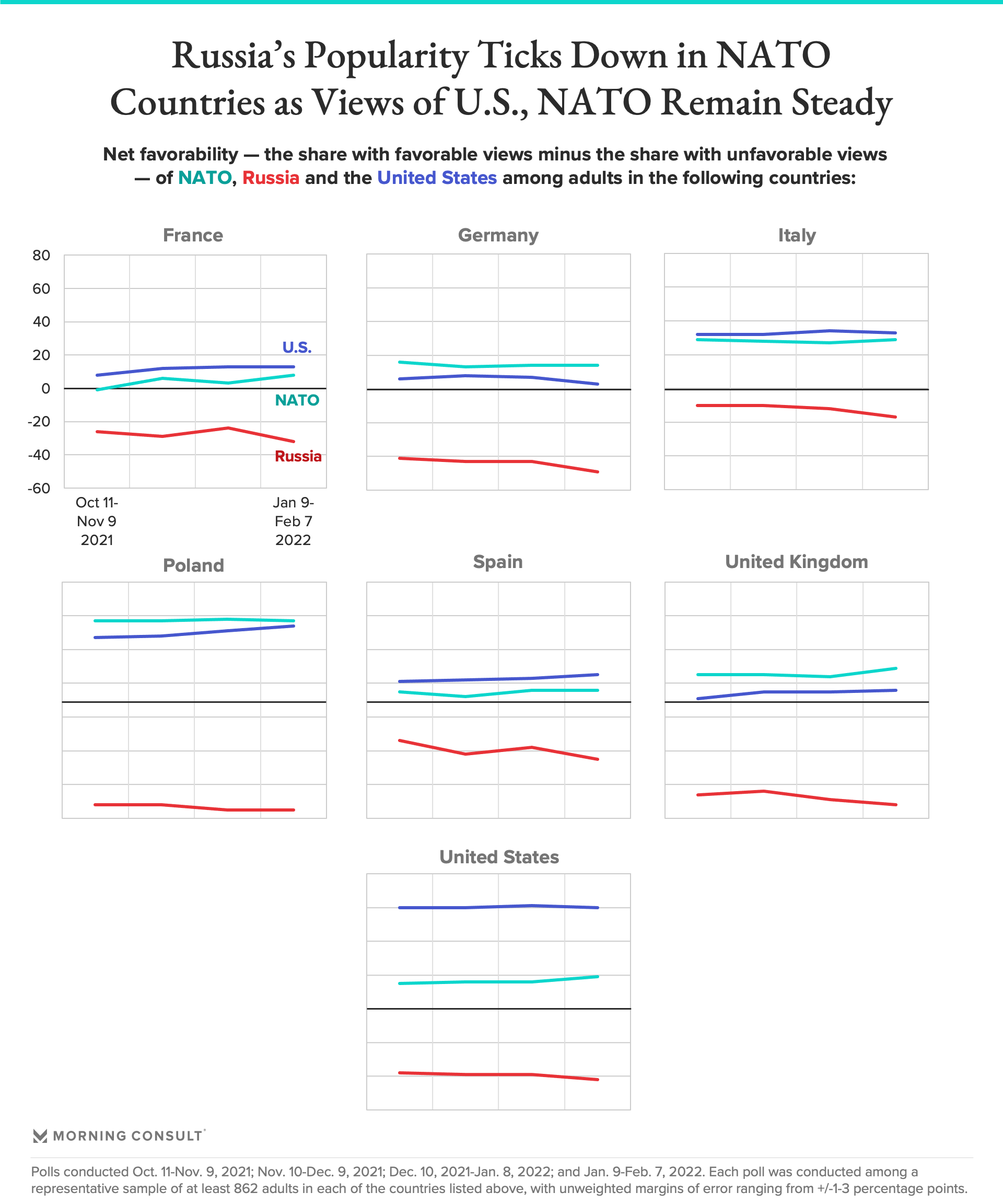 Related: 34% of Americans Can Find Ukraine on a Map. They’re More Likely to Support an Aggressive Posture Against Russia

Poles had the clearest pro-NATO, anti-Russian opinions. Poles may see much of their own history in the Ukraine crisis, as both nations were dominated by Moscow for much of the 20th century. A former member of the Soviet Union’s anti-NATO Warsaw Pact, Poland was able to achieve precisely what Russia now hopes to prevent in former Soviet member state Ukraine: NATO membership and stronger links to the West.

Germans, for their part, were similarly negative on Russia, but were also the most ambivalent about the United States. Jason McMann, Morning Consult’s head of geopolitical risk analysis, said that might be because the United States was hinting it “might go it alone if Germany and other NATO allies cannot harmonize their responses to Russian aggression.” Berlin has so far been uncomfortable with any U.S. troop deployments or weapons shipments to its eastern neighbors or Ukraine, preferring to exhaust all diplomatic options with Russia.

French President Emmanuel Macron has also stuck to his commitment to diplomacy, and French adults expressed the most ambivalence about NATO. However, it’s important to keep in mind France’s long history of unease with its place inside the alliance, with President Charles de Gaulle going so far as to partially withdraw from the alliance in 1966. Still, McMann noted one trend to watch: France was the only European NATO member country surveyed besides the United Kingdom where positive views toward the alliance grew stronger.

Related: Germans Are Split Over How to Deal With Russia’s Ukraine Demands
Europe Russia-Ukraine Conflict