A majority of voters said they would hold the U.S. president responsible for higher gas prices caused by Russia’s conflict with Ukraine 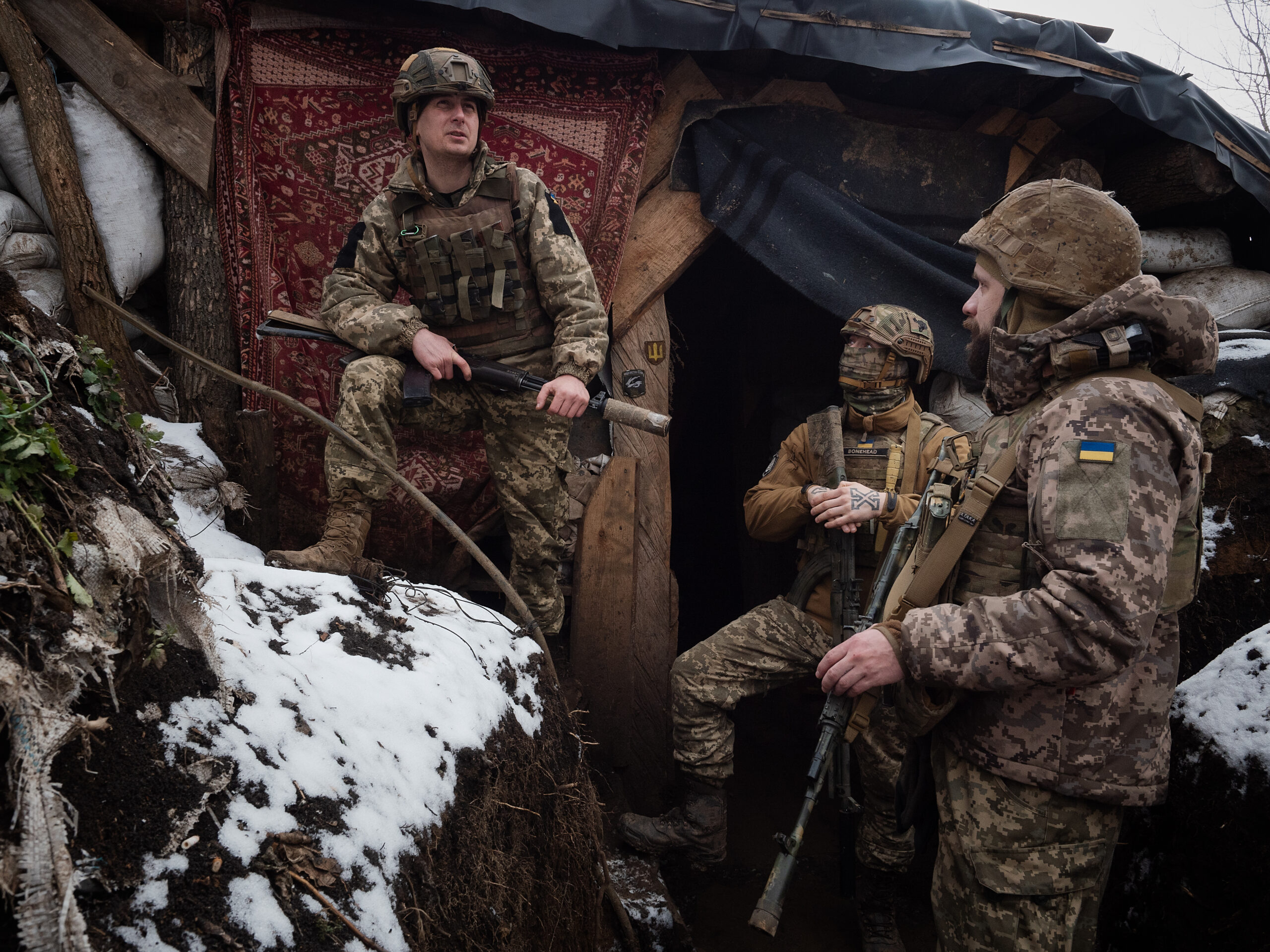 Soldiers with Ukraine's 503rd Detached Marine Battalion stand by at their frontline position near Verkhnotoretske, which is just north of Donetsk. (Gaelle Girbes/Getty Images)
By Alex Willemyns

American voters overwhelmingly prefer sanctions over troop deployments as the response to Russia’s recognition of independence for a breakaway eastern Ukrainian region and the Kremlin’s plans to place troops there, according to a new Morning Consult survey, but data shows they would also blame the Biden administration for any resulting gas price increase. 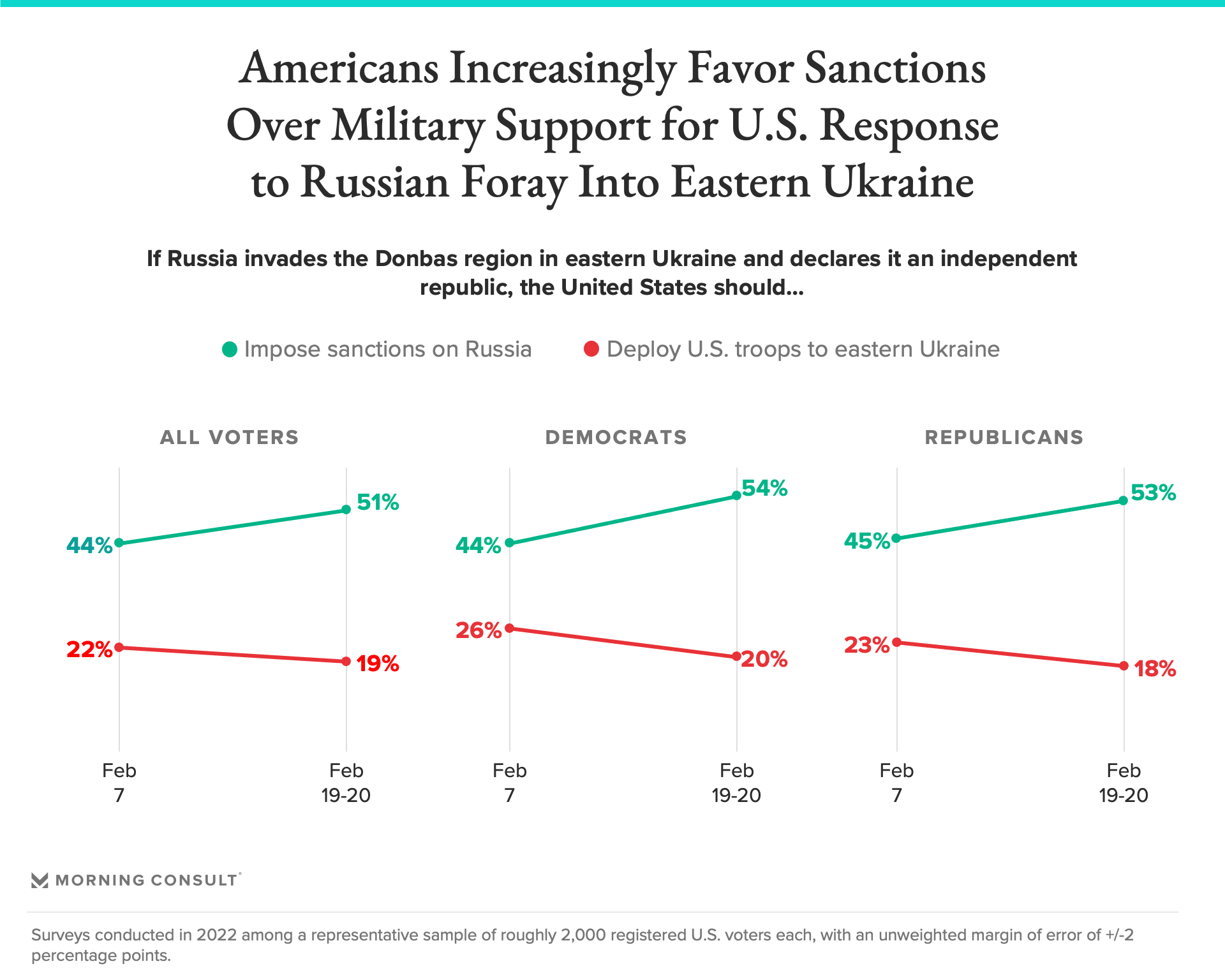 Russian President Vladimir Putin has launched “peacekeeping operations” in the rebel-held regions of Donetsk and Luhansk in the Donbas of Ukraine after recognizing each as independent republics. The decision prompted a strong rebuke from Western leaders, who have for weeks warned that they would impose harsh economic sanctions against Moscow if it invades Ukraine again following its 2014 annexation of Crimea.

German Chancellor Olaf Scholz announced that his country will halt the certification of the new Nord Stream 2 gas pipeline that would further cement its energy dependence on Russia — a move that German voters are divided over — due to the “incomprehensible and unjustified action by the Russian president.” President Joe Biden, for his part, called Putin’s recognition of the independence of Ukraine’s eastern reaches the beginning of invasion and a form of “political provocation,” announcing sanctions that include cutting Russia off from the West’s financial systems.

But while U.S. voters support sanctions, that doesn’t mean there won’t be blowback for the president, whose party faces increasingly difficult prospects of retaining its slim majorities in Congress in November’s midterm elections.

Global oil prices are surging toward $100 per barrel due to fears that sanctions against Russia — the world’s third-biggest producer — would curtail supply. That would lead to even higher prices at the gas pump, a political pain point ahead of the midterms as the White House considers releasing strategic reserves and Democrats in Congress push for a suspension of the federal gas tax.

Unfortunately for Democrats, despite support for sanctions against Russia in response to an invasion of eastern Ukraine, a majority of U.S. voters said they would also blame the president for any further gas price hikes that would result from the conflict, according to a new Morning Consult/Politico survey. 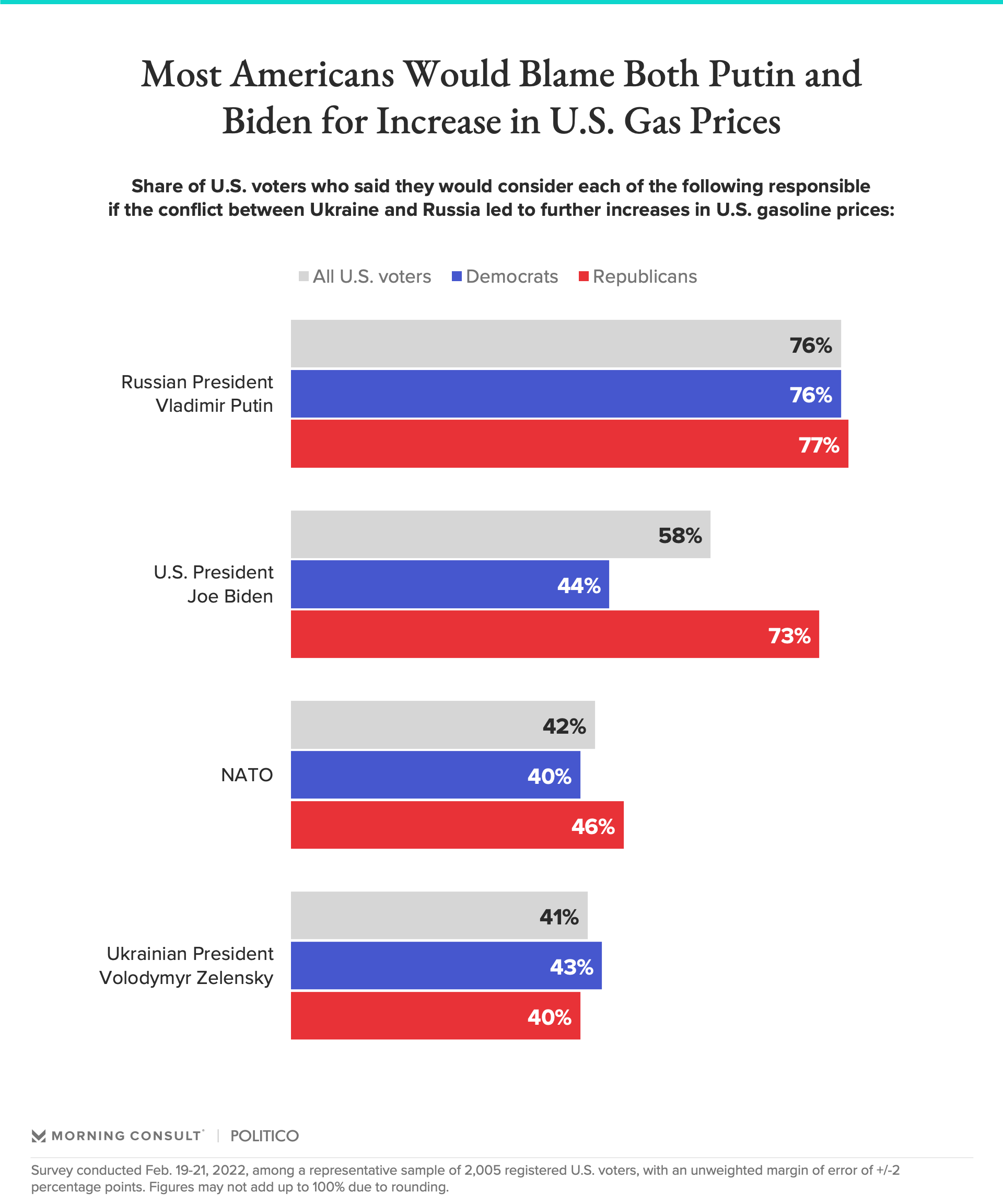