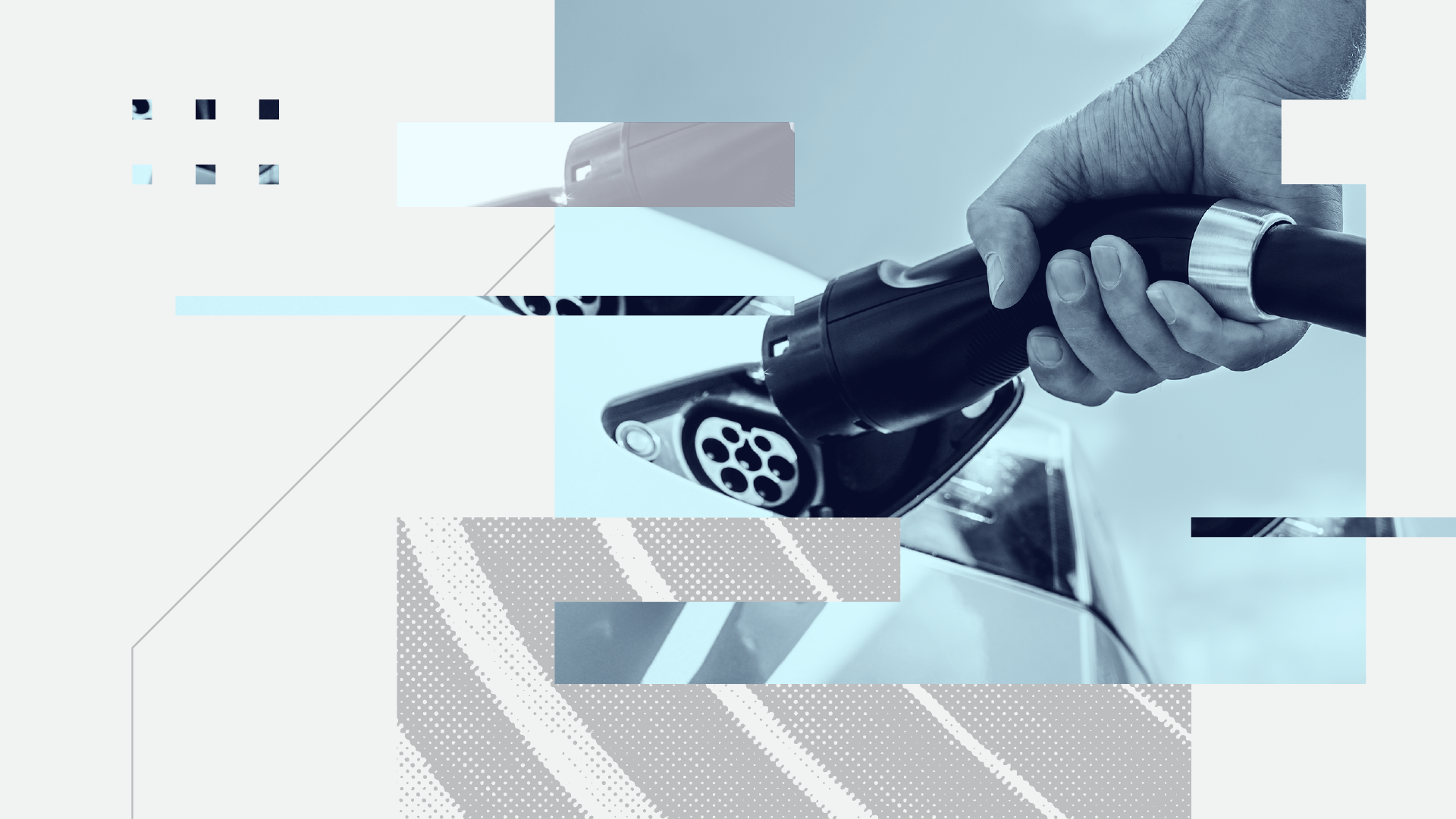 Despite making a big splash during the big game, automakers need to sustain their EV messaging to keep wringing returns out of their Super Bowl investments, as the data shows positive sentiment lifting for a very short period of time before quickly returning to normal. Beyond the Super Bowl, auto and nonauto advertisers alike can benefit from the hyperaware EV-interested audience to score future wins.

Two of those commercials ranked in Morning Consult’s list of the top 10 most-loved Super Bowl ads, indicating that while EV uptake is still low in the United States, there’s increasing warmth toward this vehicle type — and that bodes well for manufacturers trying to grow awareness and nudge consumers down the purchase journey.

Automotive ads were among the big winners of the night, especially with those interested in purchasing electric vehicles 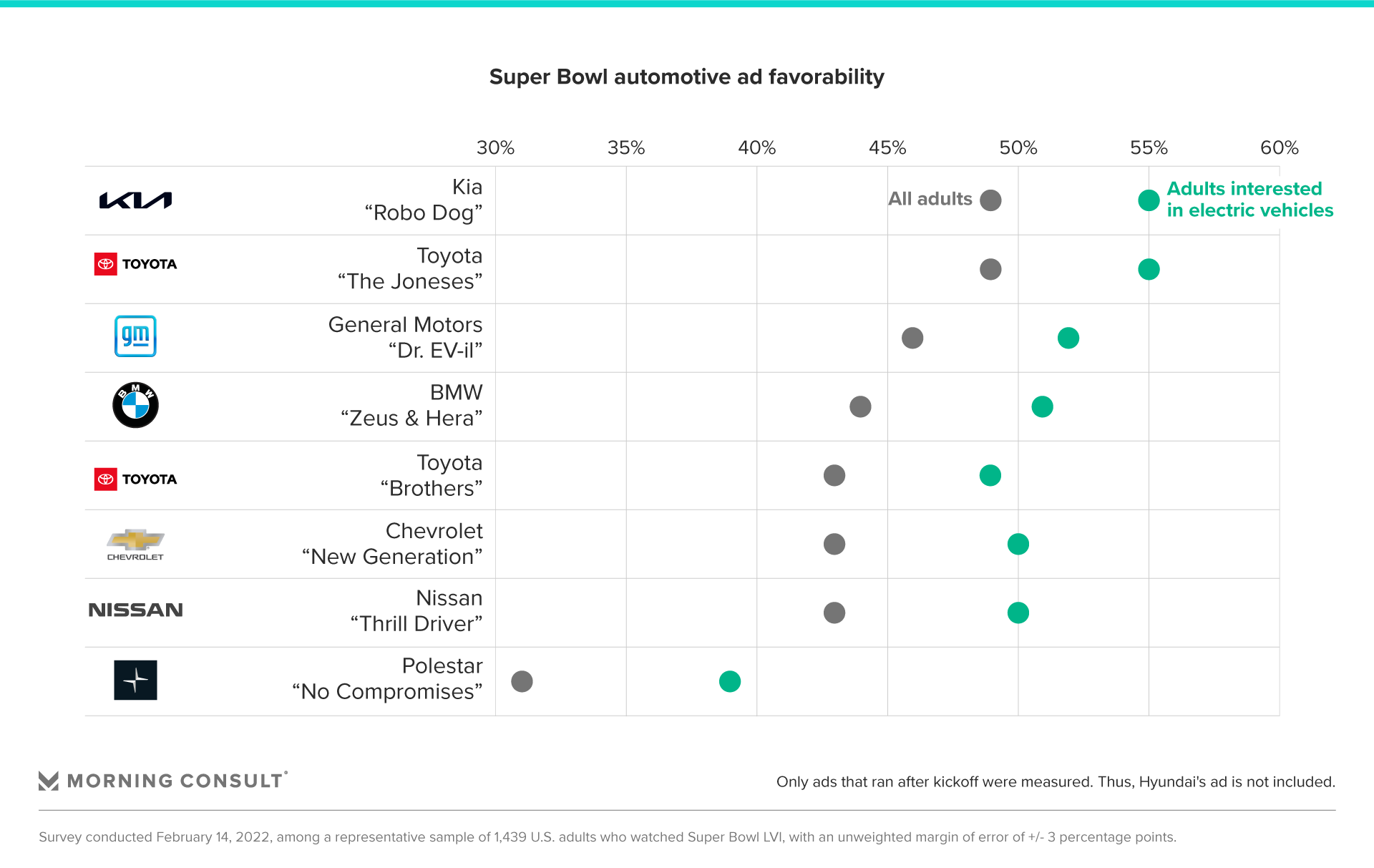 Automakers don’t need to reinvent the (electric) wheel when thinking about their Super Bowl spots: As is tradition with ads from the big game, the two EV spots that ranked in Morning Consult’s top 10 relied on a combination of celebrity presence, nostalgia and heartstring-tugging. GM’s “Dr. EV-il” ad featured cast members from the “Austin Powers” film series talking about the climate benefits of all-electric cars, and Kia put an electric spin on the always popular “lost dog” storyline.

Automakers proved they were preaching to the choir: EV-interested consumers scored those ads higher than adults overall did. But with this audience, even non-EV ads resonated more: Looking at the full slate of ads, every spot scored higher on favorability among EV-interested consumers compared to adults overall. Automotive and nonautomotive advertisers alike should dig deeper into what clicks with the EV-interested audience: Morning Consult research shows that this group tends to be younger, is more likely to be Black or Hispanic, leans Democratic and is more worried about climate change.

Purchase consideration and positive buzz scores popped briefly, but were not sustained

Most automakers’ positive buzz scores showed similar upward movement, but proved to be slightly more resilient after an initial correction. Hyundai saw the highest jump in buzz score, rising 6 points, while both Kia and BMW increased by 5 points. The latter two managed to sustain those scores by week’s end, while Hyundai’s positive buzz had fallen off by Friday.

With EV ownership remaining low despite automakers’ bullishness, brands need to make sure their marketing investments are not just going toward major events like the Super Bowl, where campaigns have a very short shelf life, but instead are smartly diverted toward constant cross-channel messaging and education campaigns. Meanwhile, advertisers in general should target the environmentally conscious EV audience, who have shown a willingness to pay more attention to Super Bowl ads.