Netflix’s New Price Is Nearly at the Limit of What U.S. Consumers Say They’re Willing to Pay for Streaming 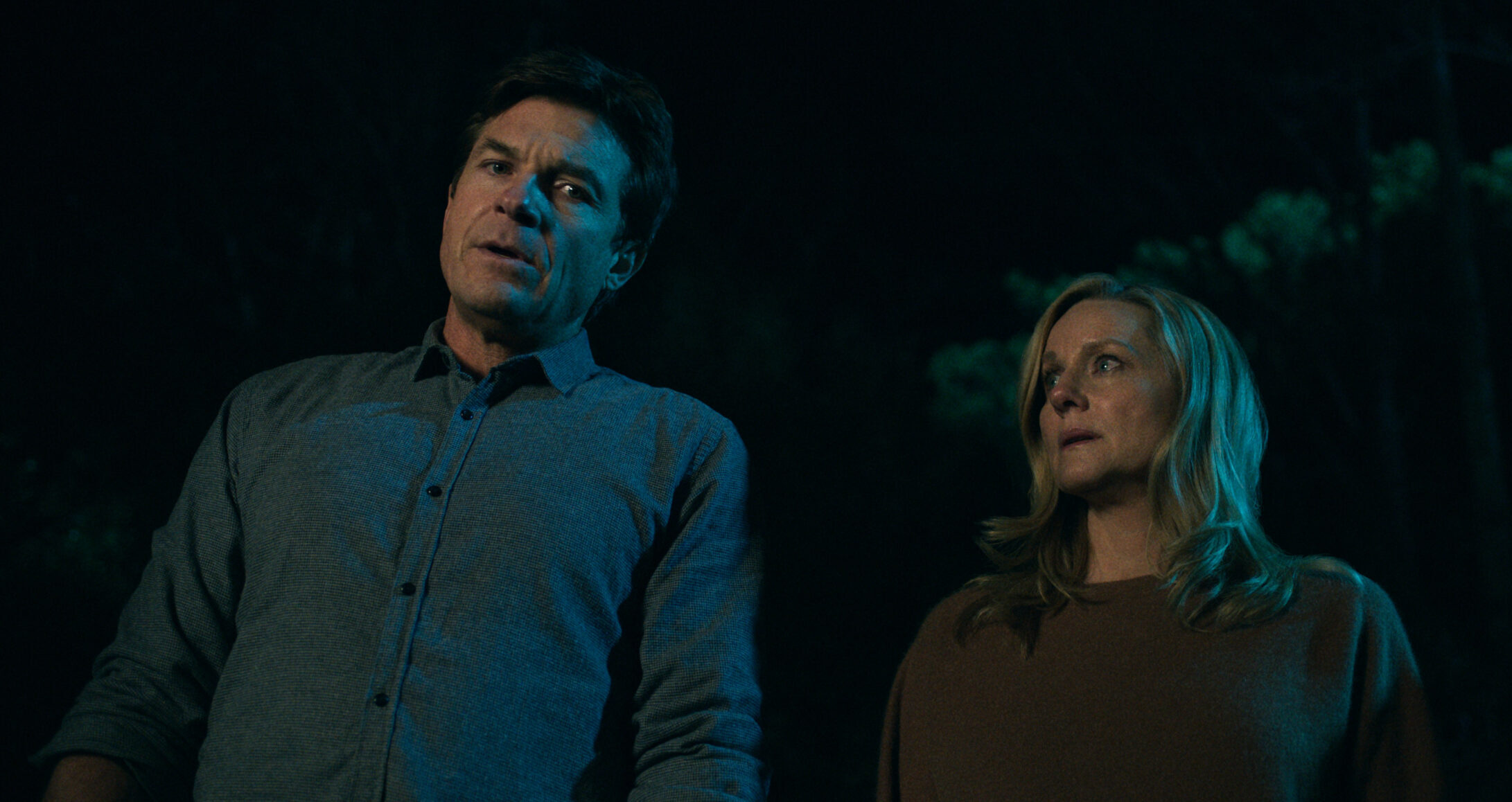 Original shows like "Ozark" cost Netflix a lot of money to distribute, leading the service and others to raise subscription prices. Consumers say they're only willing to pay so much more than they already do. (Courtesy of Netflix)
By Sarah Shevenock

If you live in the United States or Canada, your next Netflix binge will cost you more than it used to — and nearly more than what consumers say they’re open to paying for.

Following several quarters of lagging subscriber growth in certain regions, including the United States, Netflix Inc. increased the price of its standard plan last month from $14 to $15.50. Price hikes like that one, combined with the emergence of new services such as Disney+ and HBO Max, mean Americans are paying more for streaming than they ever have before.

New Morning Consult data, however, shows that consumers’ ideal price point for streaming services hasn’t budged, presenting a cautionary tale for companies as they try to generate more revenue from their subscribers amid an increasingly competitive landscape. 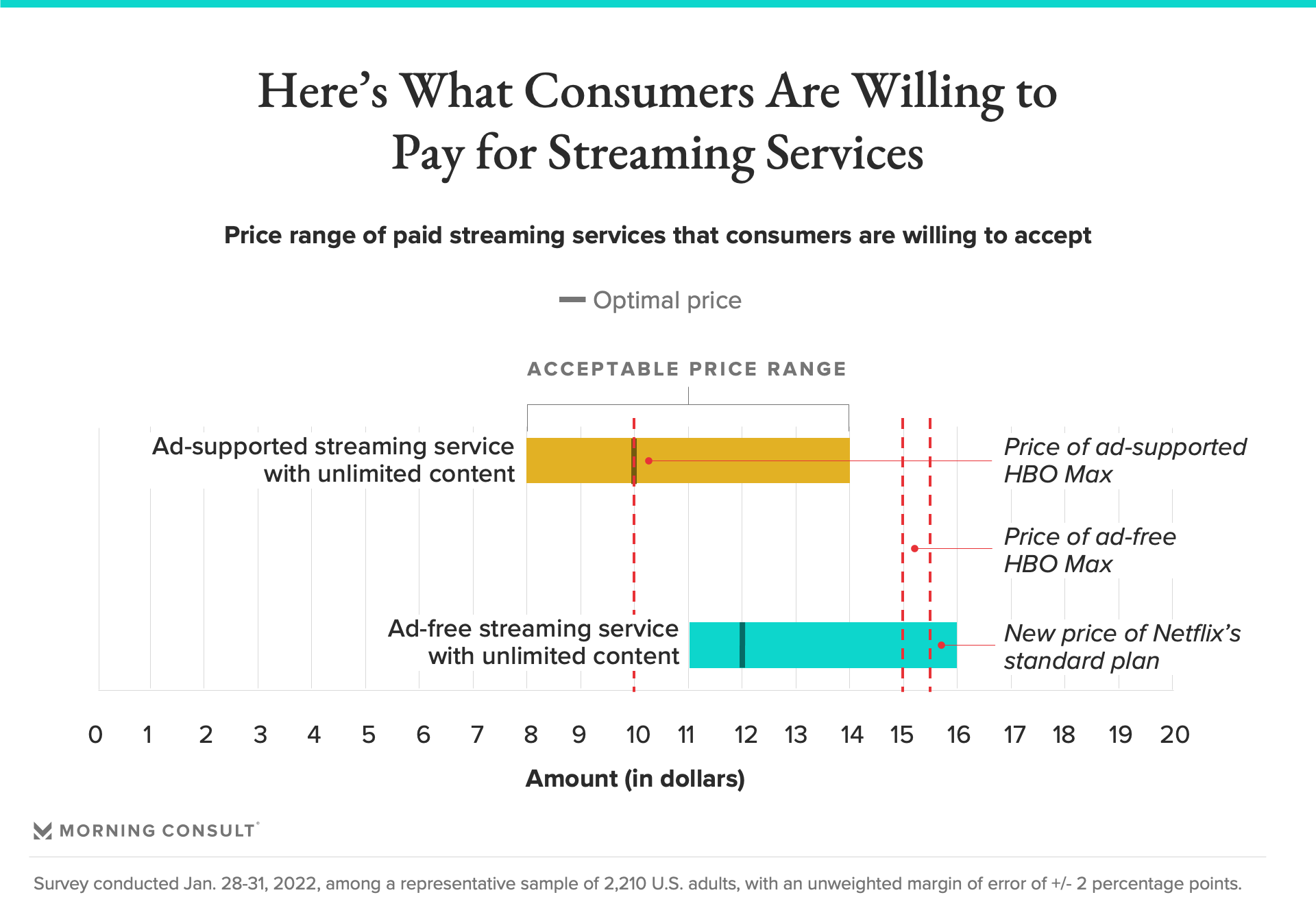 As subscriber growth slows in some regions due to saturation and competition from streaming upstarts, services are tasked with extracting more revenue from existing subscribers. Some are hoping new strategies such as merchandise shops or live events will generate more money, attention and loyalty from their existing customer bases, in addition to raising prices.

Netflix and HBO Max are quickly approaching the top of consumers’ preferred price range, while others such as Disney+ and Apple TV+ still have room to go higher. Given that consumers haven’t fundamentally changed their minds in the last three years about how much a service should cost, additional increases could spur consumers to reconsider the number of subscriptions they can afford. It is a delicate game of which companies such as Netflix are well aware, but for now, they think the added revenue is worth the risk of losing some subscribers.

The Jan. 28-31, 2022, survey was conducted among a representative sample of 2,210 U.S. adults, with an unweighted margin of error of plus or minus 2 percentage points.