Most Voters Disapprove of Biden’s Handling of Foreign Policy, but He’s Getting Better Marks on Ukraine

37% of voters approve of Biden’s handling of foreign policy, roughly matching his standing at the height of the Afghanistan withdrawal 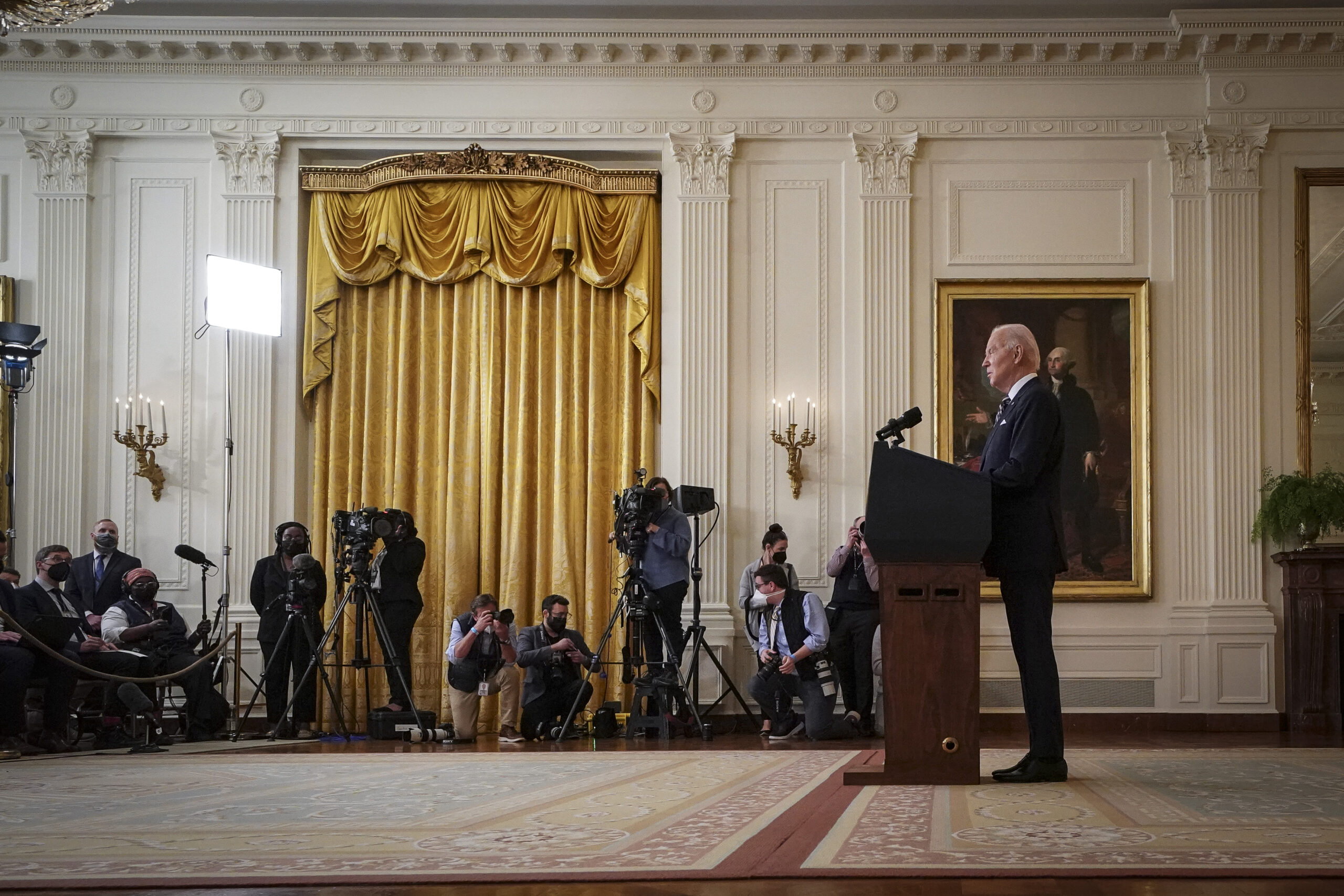 President Joe Biden delivers remarks Tuesday on developments in Ukraine and Russia, and announces sanctions against Russia, from the East Room of the White House. (Drew Angerer/Getty Images)
By Eli Yokley

As the crisis on Russia’s border with Ukraine intensified over the weekend, a new Morning Consult/Politico survey found voters’ perceptions of President Joe Biden’s handling of foreign policy slightly improved over February. And while voters are divided over his handling of the Ukraine crisis, he’s getting better marks for it than he did for his administration’s handling of its last high-profile foreign policy emergency in Afghanistan.

Surveys conducted among a representative sample of roughly 2,000 registered U.S. voters each, with an unweighted margin of error of +/-2 percentage points. Figures may not add up to 100% due to rounding.

The survey fielded after a week of last-minute diplomacy between American and European diplomats and Russian President Vladimir Putin’s government, but was mostly completed before the Kremlin ordered troops into eastern Ukraine.

While at least half of voters said they’d seen, read or heard at least “some” about the Biden administration’s diplomatic outreach that preceded Moscow’s breach of Ukraine’s border, such as the president’s speech last week warning Russia not to invade Ukraine or Secretary of State Antony Blinken’s alert of Russian plans for an imminent invasion, the salience of those stories was relatively weak: Fewer than 1 in 5 Americans said they’d heard a lot.

At this stage of the crisis, voters are split on Biden’s handling of Ukraine.

Voters were asked whether they approve or disapprove of how the following are handling the conflict between Ukraine and Russia:

The latest Morning Consult/Politico survey was conducted Feb. 19-21, 2022, among a representative sample of 2,005 registered U.S. voters, with an unweighted margin of error of plus or minus 2 percentage points.