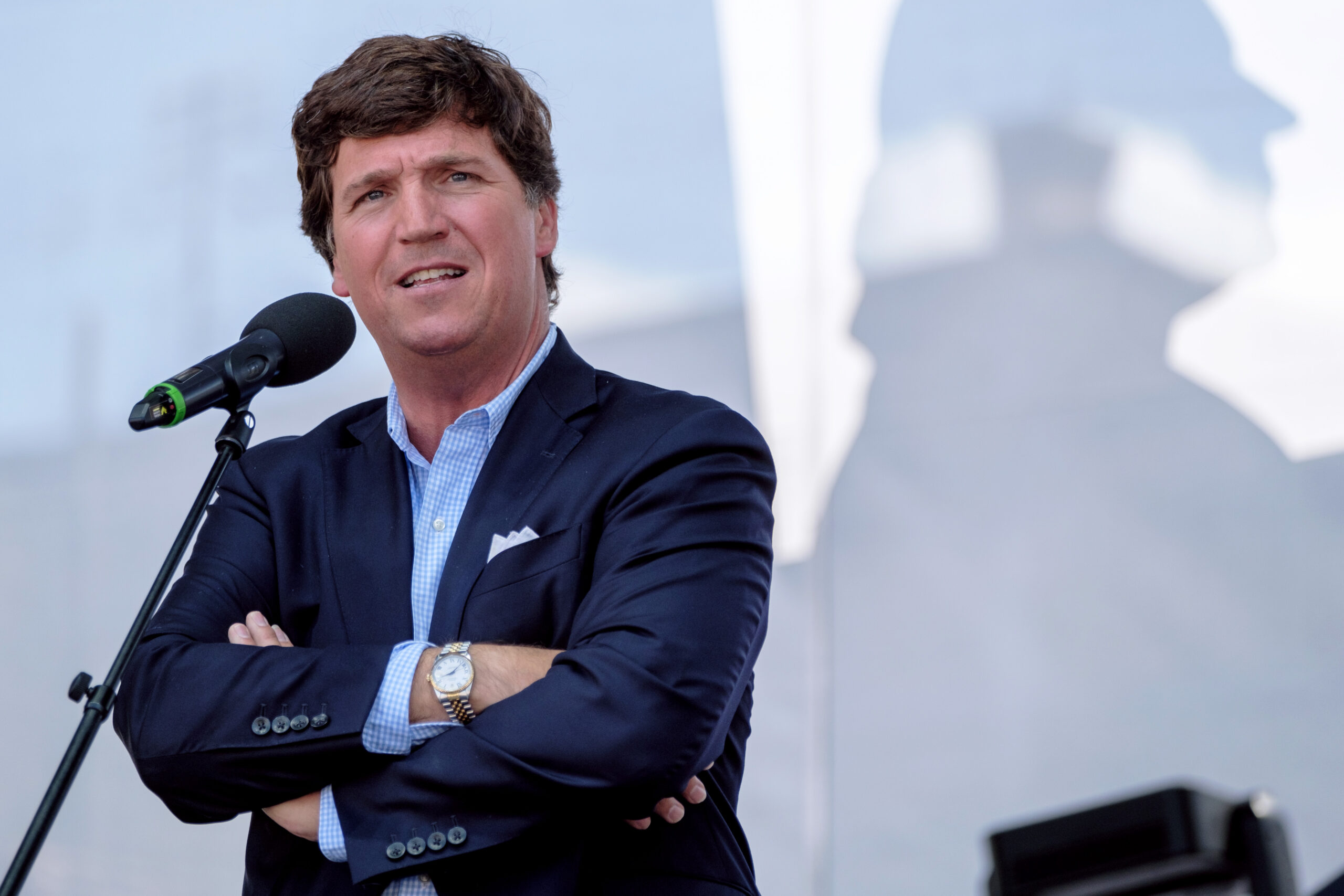 Fox News' Tucker Carlson speaks during the Mathias Corvinus Collegium Feszt on Aug. 7, 2021 in Esztergom, Hungary. Forty-eight percent of Americans said they consider Fox News a credible news outlet, an increase of 4 percentage points since a May survey, according to Morning Consult data. (Janos Kummer/Getty Images)
By Sarah Shevenock

Following the 2020 presidential election, Donald Trump told his supporters to stop watching Fox News, and instead tune into right-wing media rivals such as Newsmax and the One America News Network (OAN). And for awhile, they listened: Fox News’ ratings dropped, and its credibility among Republicans hit an all-time low back in May, per Morning Consult data.

But the network is already back to business as usual. The share of Republicans who believe that Fox News is credible has returned to pre-Trump levels, according to a recent Morning Consult survey. Elsewhere, CNN’s credibility rating has also improved among U.S. adults, as well as both major political parties, despite several scandals plaguing the network.

The share of Americans who said they find the following cable news outlets credible:

Share of U.S. adults who hold a favorable rating of the following cable news anchors:

After losing the 2020 election, Trump made an effort to establish Newsmax and OAN as credible outlets in the conservative media space. However, Morning Consult’s latest data indicates that Republican viewers haven’t turned their backs on Fox News, and still consider the network to be by far the most credible U.S. cable news outlet.

Questions regarding Fox News’ credibility will again be front and center throughout the network’s coverage of Russia’s invasion of Ukraine. Fox host Maria Bartiromo, for instance, falsely suggested last week that increased tensions between the two countries could be a “ruse” drummed up by President Joe Biden’s administration to distract from other issues. Uncorroborated comments such as those do not appear to have much of an effect on the network’s credibility among Republicans. Tucker Carlson was also recently criticized for his apparent downplaying of the Russian invasion.

Data also shows that CNN has weathered its recent public relations storms. While Cuomo’s favorability rating fell after his firing, the network itself saw its credibility rating increase, suggesting that viewers separate the news outlet from its personalities. The improvement in credibility for both networks says there may be little that can fundamentally change the entrenched public attitudes toward them.

Representatives for CNN did not respond to a request to comment on this story, while Fox News did not make a representative available to comment.

Survey conducted Feb. 9-10, 2022, among a representative sample of 2,210 U.S. adults, with an unweighted margin of error of plus or minus 2 percentage points.