Multilateral institutions appear to be owning the moment, with NATO and the E.U. proving more popular in the wake of Russia’s attack on Ukraine 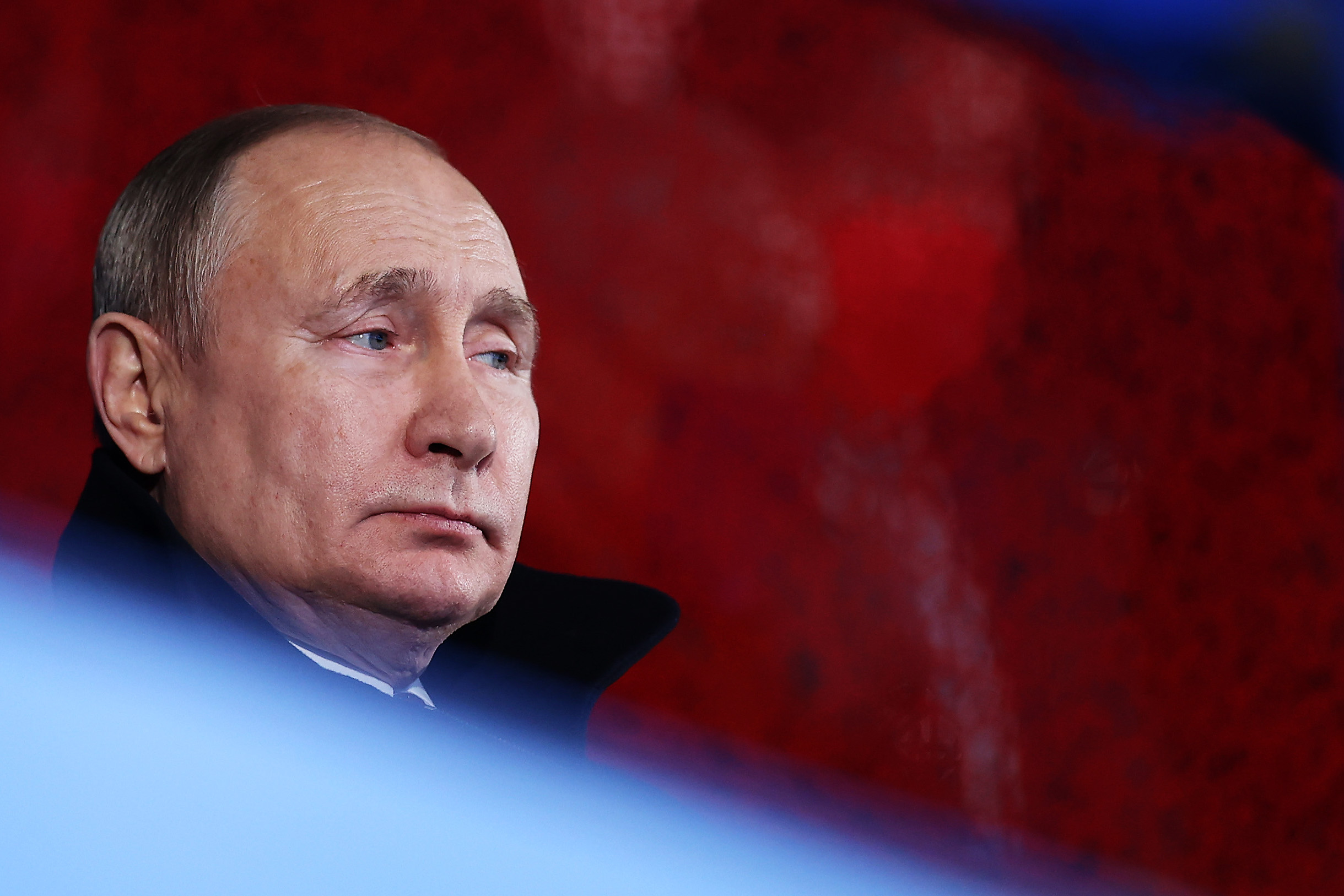 The populaces in America’s allies around the world are looking even more askance at Russia after its invasion of Ukraine, but it’s not the United States that has picked up any additional adoration — instead, Morning Consult surveys show the trans-Atlantic alliance itself has been the winner, particularly among countries not in the pact. 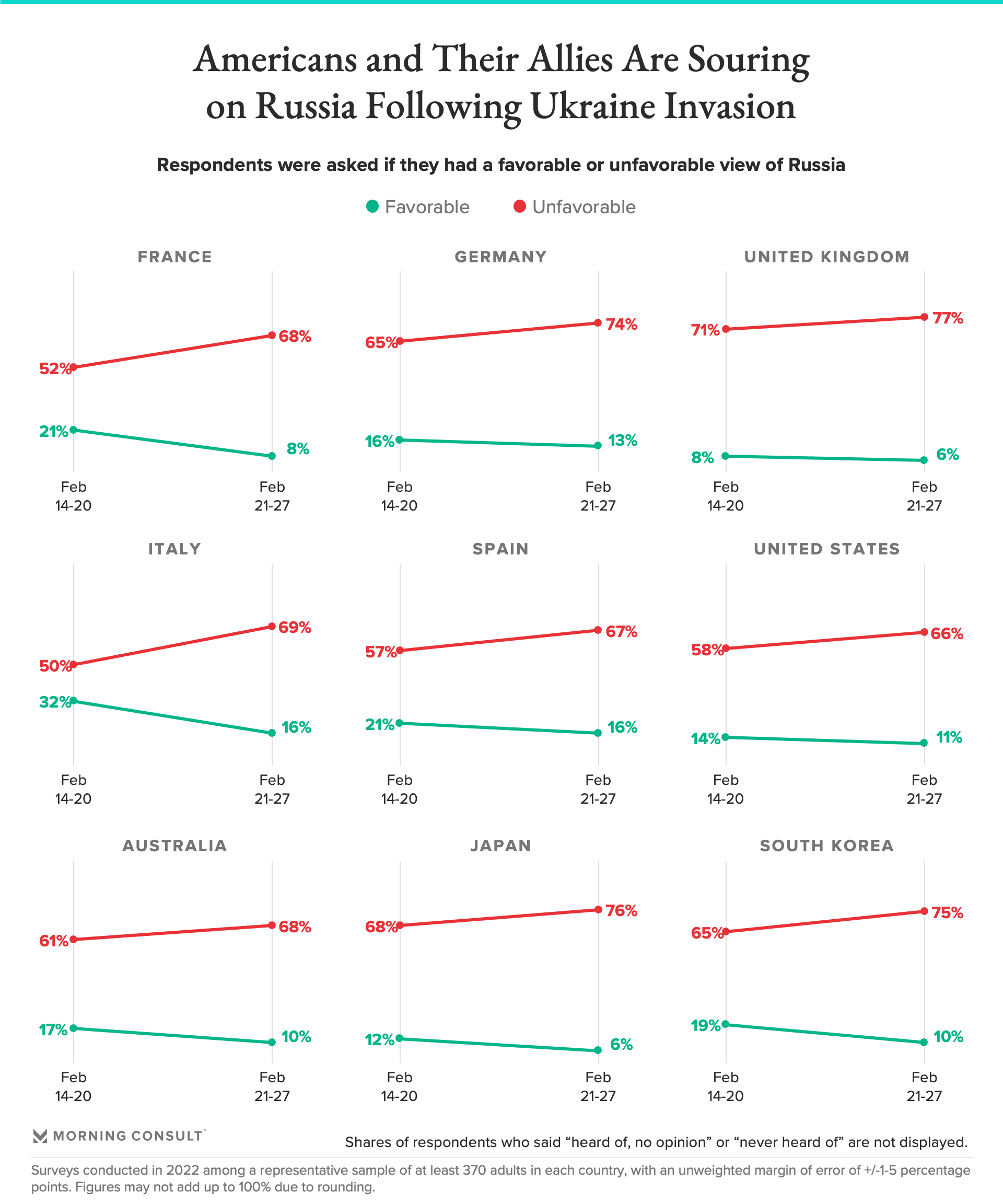 The images coming out of Ukraine have torn heartstrings around the world. Russian cluster bombs ripping through neighborhoods as families shelter underground, parents saying final goodbyes to their children before taking up arms and desperate refugees marching toward the European Union have all made the everyday tragedy of the war harder to ignore.

It’s not too surprising, then, that already dim views of Russia around the world deteriorated even further last week, even in countries thousands of miles away. Among those surveyed, it was British, German, South Korean and Japanese adults who now have the worst opinion of Russia — with about three-quarters expressing unfavorable views — though France and Italy saw the most radical swings against the country following the invasion.

However, multilateral institutions are faring much better in the battle for hearts and minds than the United States as the views of Russia slip. Whereas opinions of America have remained flat, favorability toward NATO has ticked up. The European Union also mostly saw an improvement, perhaps most notably among British adults, who voted to leave the European Union six years ago. Britons reported an 11-point decline in unfavorable views toward the bloc over the course of the invasion. 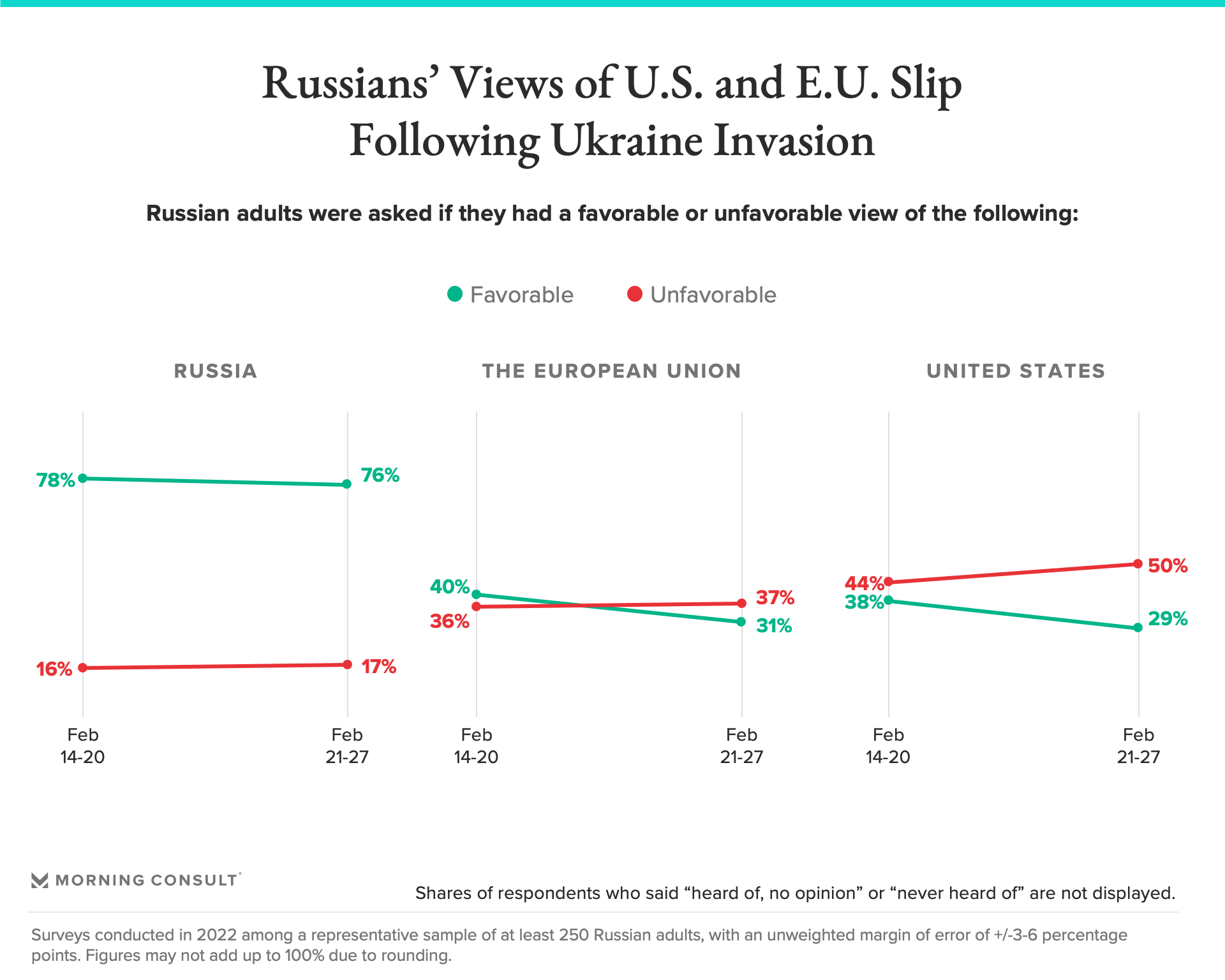 Russians, for their part, held steady in their overwhelmingly favorable views of their own country and unfavorable views of NATO. The popular unrest that broke out in some Russian cities has led some commentators to say Russians are becoming disillusioned with President Vladimir Putin’s government. But if they are, it’s not impacting their view of the motherland, with three-quarters of Russians expressing a favorable view (though these surveys were conducted before Western sanctions came into full force).

The European Union, on the other hand, ticked from being more liked than disliked among Russians to the inverse, after Brussels showed more spleen than many expected. Ukrainian President Volodymyr Zelenskyy on Monday asked the European Union to fast-track his nation’s membership and European Commission President Ursula von der Leyen said Kyiv belongs in the bloc. It may be a cruel irony for Putin that his attempts to prevent Ukraine from getting closer to Europe may actually end up accelerating it — as long as the Ukrainian forces can keep up their dogged resistance, and the West its diplomatic cohesion.