46% of voters say Ketanji Brown Jackson should be confirmed, while only 17% say she shouldn’t 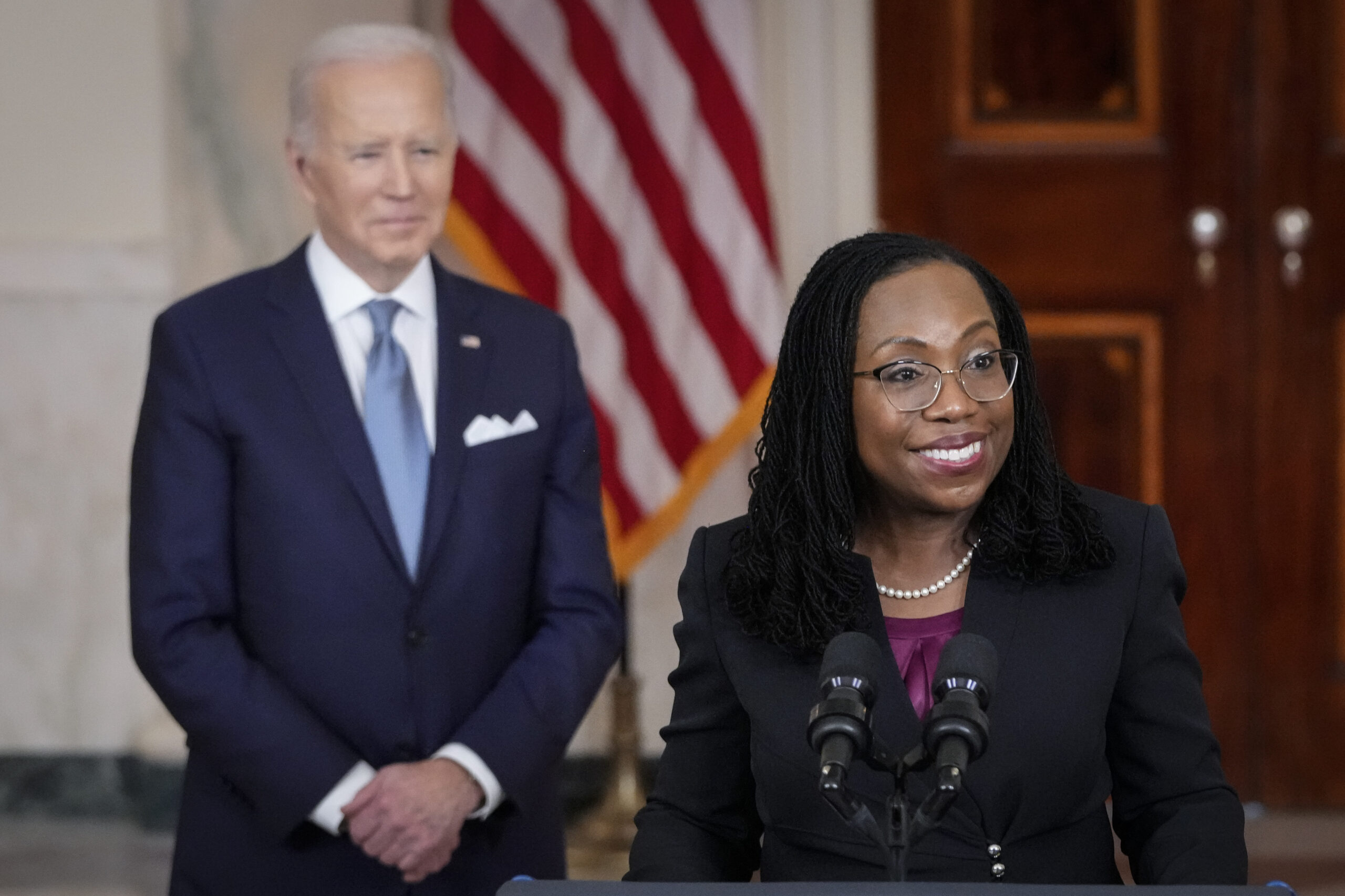 President Joe Biden looks on as Judge Ketanji Brown Jackson, of the U.S. Court of Appeals for the District of Columbia Circuit, delivers brief remarks at the Feb. 25 ceremony unveiling her historic nomination to the Supreme Court. (Drew Angerer/Getty Images)
By Eli Yokley

Judge Ketanji Brown Jackson, President Joe Biden’s Supreme Court pick, has more initial support for her confirmation than any of the three jurists nominated by then-President Donald Trump, according to a new Morning Consult/Politico survey. 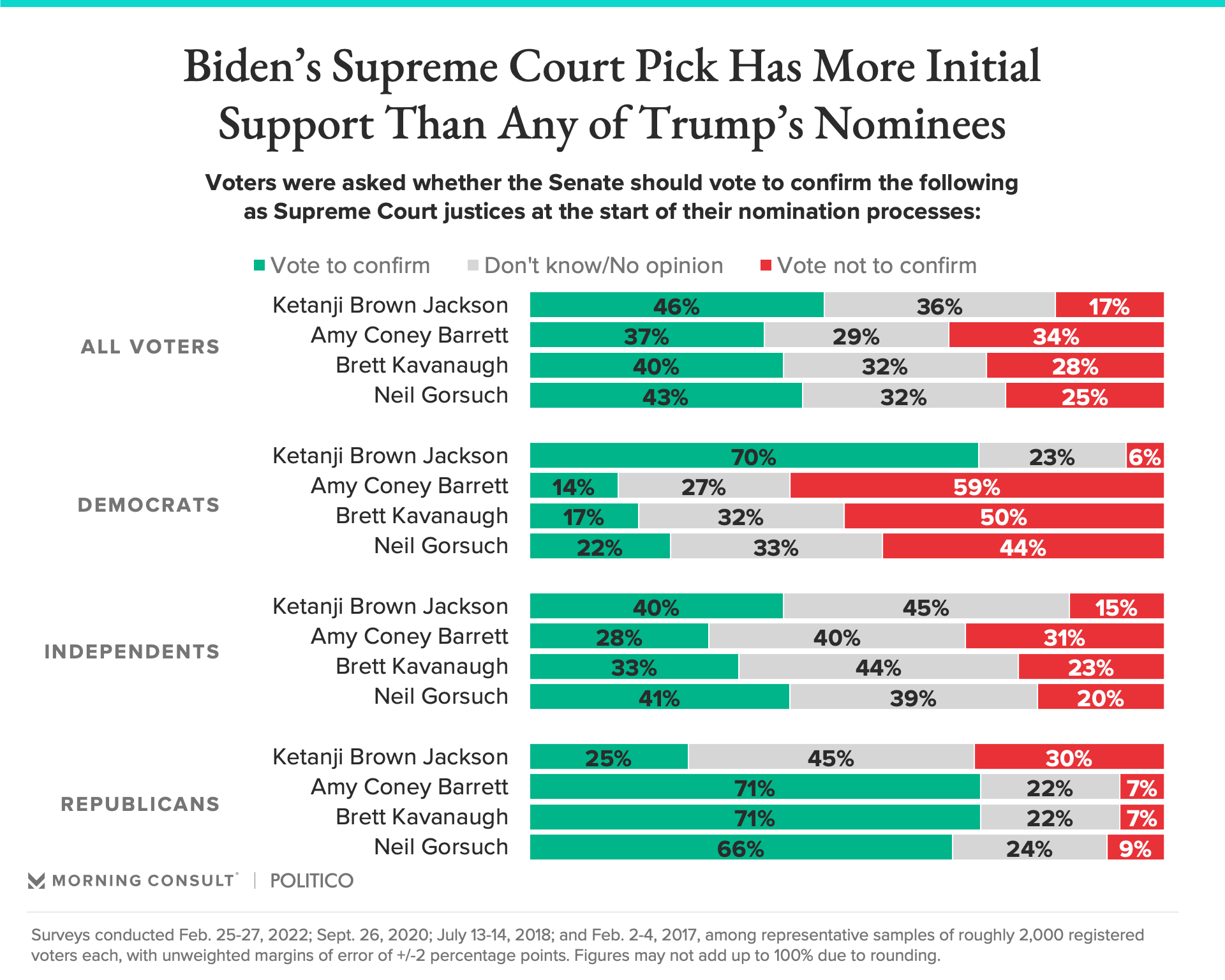 The strong initial showing for Jackson, who has been pegged to replace Justice Stephen Breyer after the upcoming court term, will come as welcome news for a president looking for a political victory as his domestic agenda remains on ice and he deals with a crisis abroad.

But despite the historic proposition of seating a Black woman on the nation’s highest court, voters do seem to recognize the relatively low stakes her nomination poses to the court’s ideological balance. 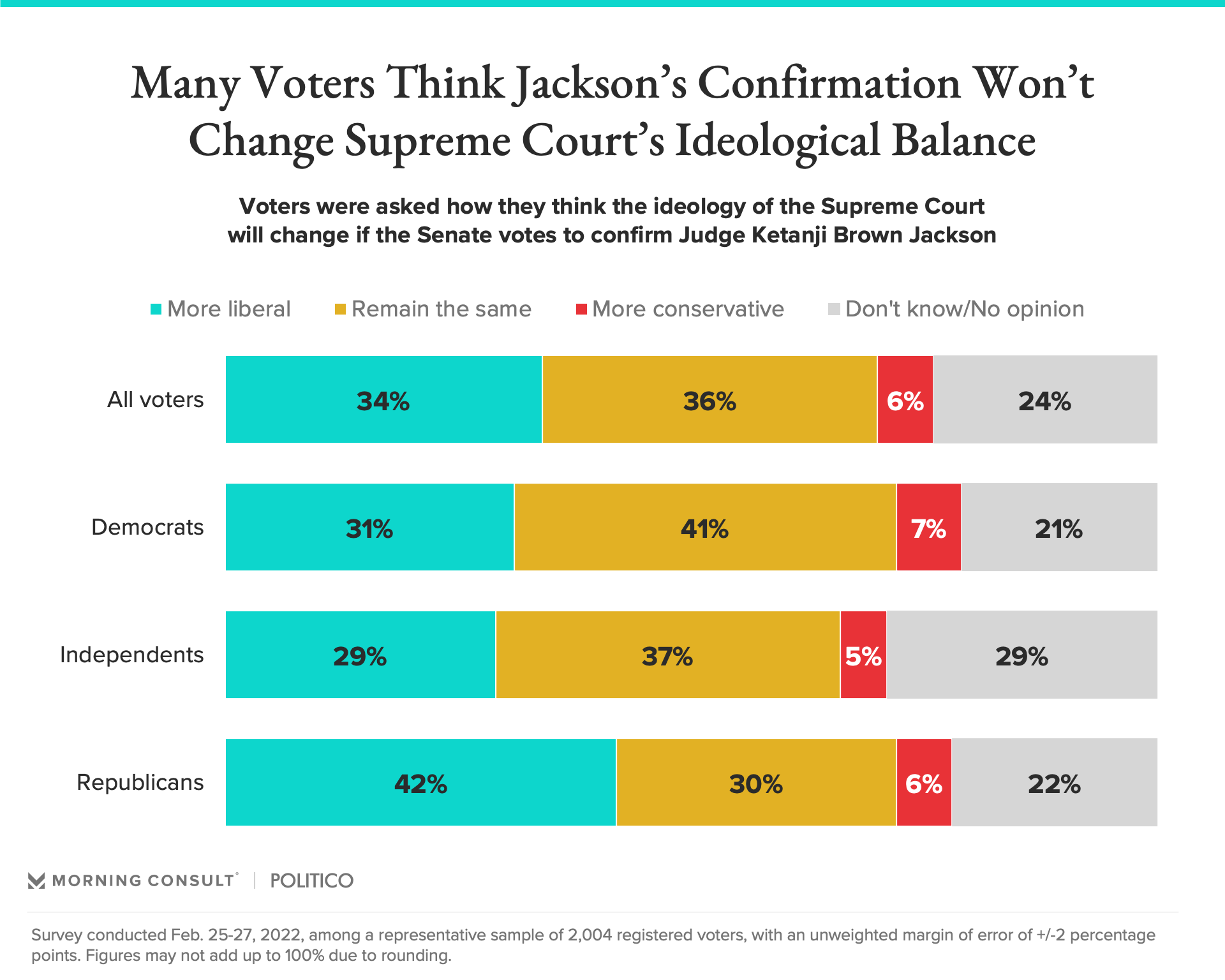