3 in 4 U.S. adults say they support brands cutting business ties with Russia after its invasion of neighboring Ukraine 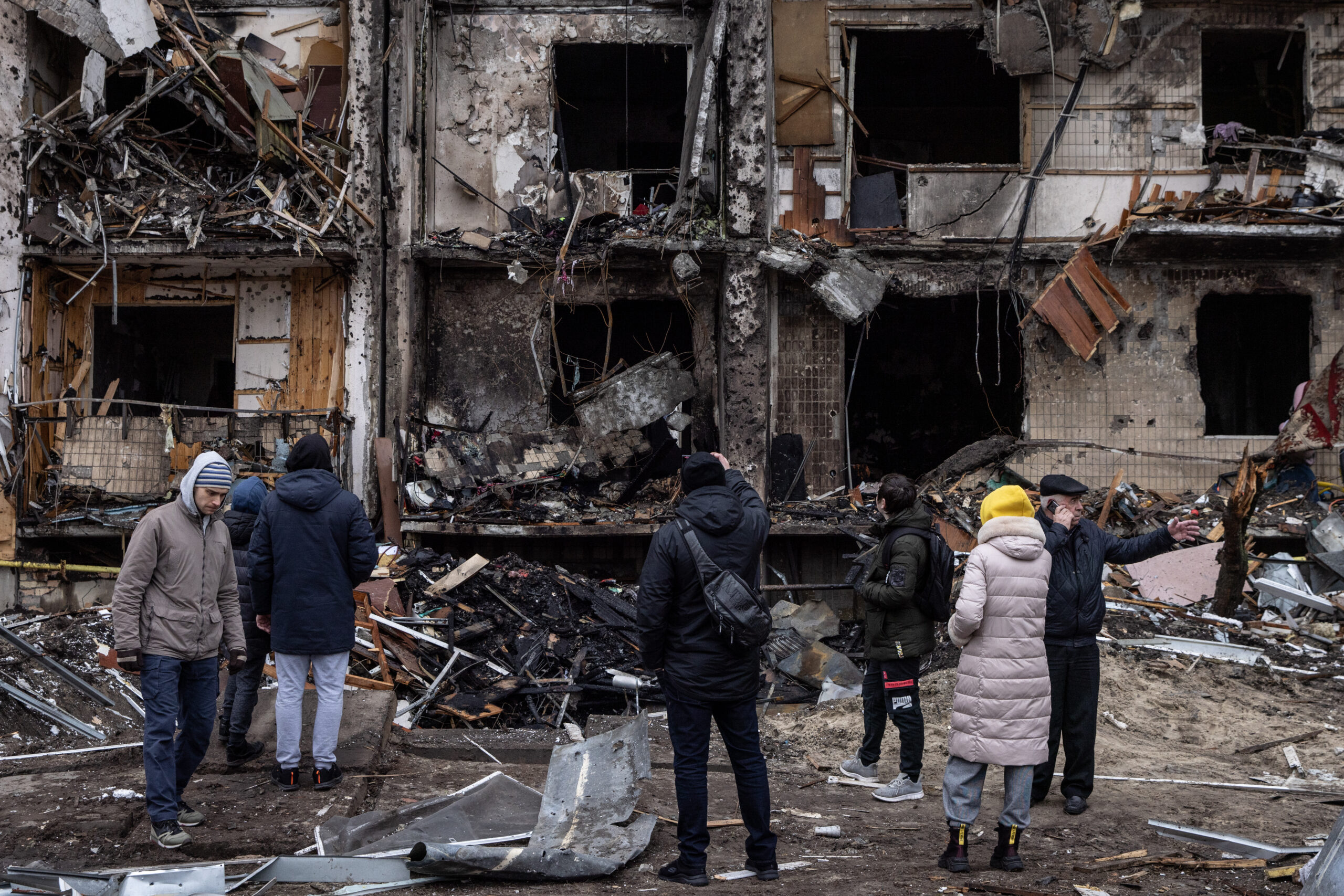 People look at a residential block hit by a Russian missile strike on Feb. 25 in Kyiv, Ukraine. The clear majority of Americans want brands to speak out and take action against Russia over the invasion. (Photo by Chris McGrath/Getty Images)
By Wesley Case

An overwhelming majority of Americans want businesses to respond to Russia’s invasion of Ukraine with action, such as donating money to aid Ukrainian people and refugees and cutting business ties with Russia, according to a new Morning Consult survey.

Respondents were asked if they support or oppose companies taking the following actions in response to Russia’s invasion of Ukraine:

Respondents were asked which of the following actions they think companies that conduct business with Russian entities, or have business interests in Russia, should take:

“Don’t know/No opinion” responses not shown.
Survey conducted Feb. 26-27, 2022, among a representative sample of roughly 2,210 U.S. adults, with an unweighted margin of error of +/- 2 percentage points.

As the Russia-Ukraine conflict dominates the news (86 percent of respondents said they’ve heard about the invasion), most Americans want companies to indicate which side they support through action, not just words. In fact, most believe a statement without action behind it is insufficient: Only 8 percent of Americans said companies should maintain their business ties in Russia but issue a statement condemning the invasion, according to the survey.

Some brands haven’t waited to announce their plans. Airbnb Inc. Chief Executive Brian Chesky said on Monday that the company will offer free short-term housing for up to 100,000 refugees fleeing Ukraine, while Etsy Inc. said it would cancel all outstanding fees for sellers based in Ukraine, a move worth about $4 million. Last week, Dell Technologies Inc. suspended sales in Ukraine and Russia, and Delta Air Lines Inc. said it had suspended its relationship with Aeroflot-Russian Airlines PJSC, a deal that allowed customers to book seats on both airlines’ flights.

If more corporations choose to publicly support Ukraine as the conflict continues, it will likely only help boost their reputations among U.S. consumers.

Survey conducted Feb. 26-27, 2022, among a representative sample of 2,210 U.S. adults, with an unweighted margin of error of plus or minus 2 percentage points.