Ukrainians Identify Strongly With the West, and a Majority Would Vote to Join NATO 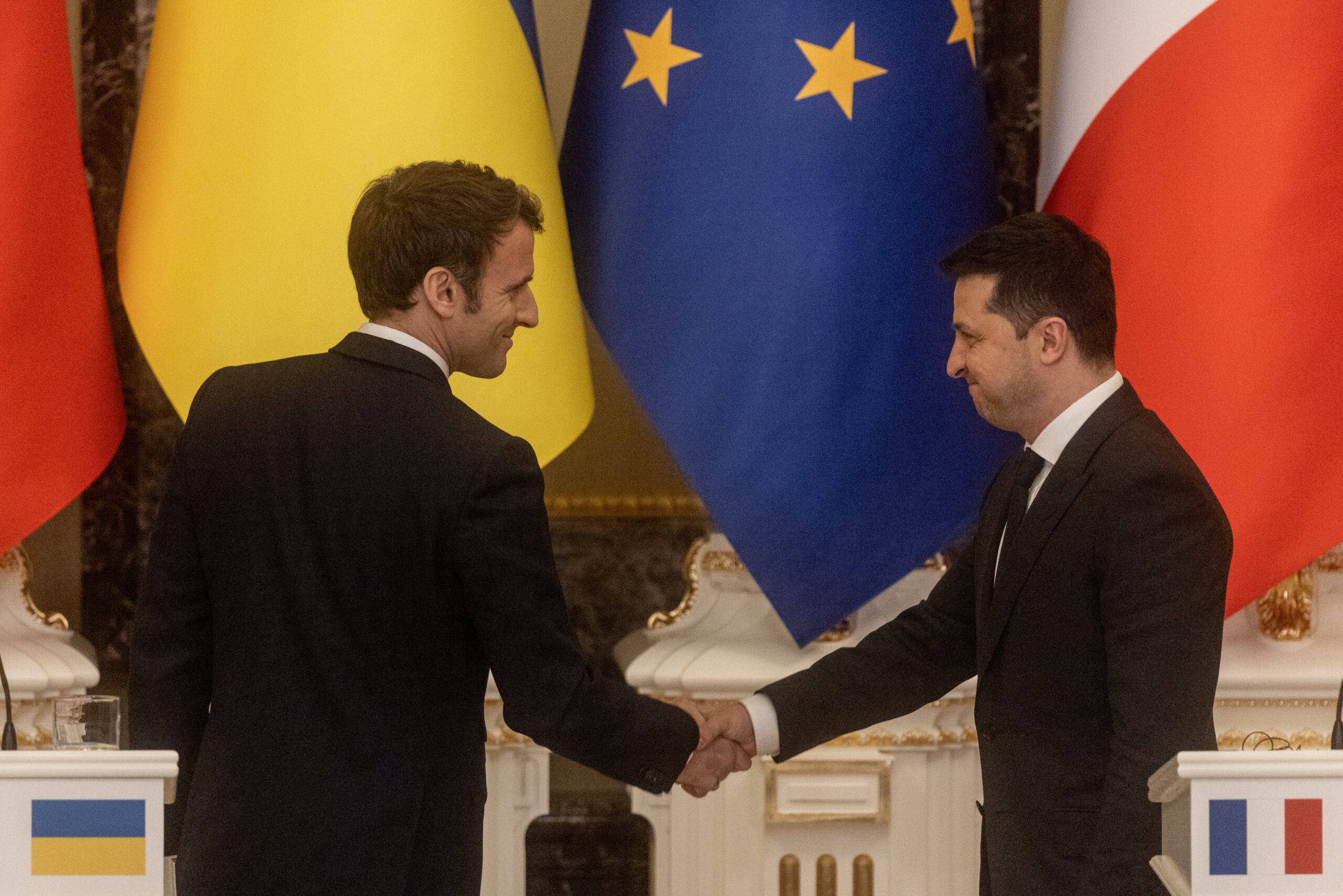 A majority of Ukrainians would vote to join NATO if a referendum were held today, according to a Morning Consult survey fielded in the country following Russia’s invasion, and the population is four times more likely to describe itself as Western-aligned than Russian-aligned.

Survey conducted Feb. 24-March 1, 2022, among a representative sample of 829 Ukrainian adults, with an unweighted margin of error of +/-3 percentage points.

The images of ordinary Ukrainians from all walks of life preparing Molotov cocktails and strapping Kalashnikovs to their backs to defend their democracy has done much to neutralize Putin’s claims about Ukraine’s identity, and the surveys completed by Morning Consult in Ukraine show its people identify much more strongly with Western interests than Moscow’s. 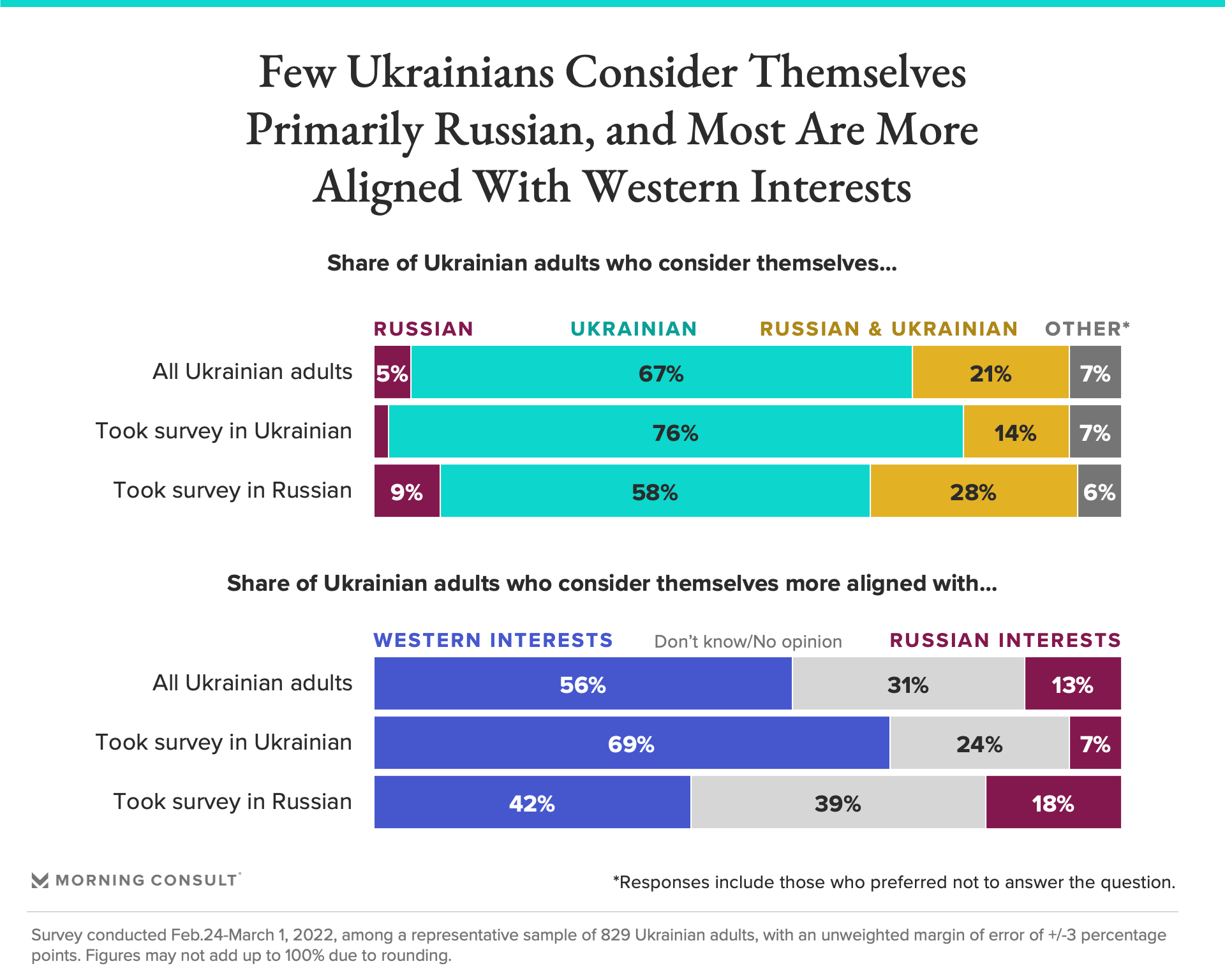 Ukrainians are also clear about who they feel is responsible for upending their lives with war: Nearly two-thirds say Russia catalyzed the crisis with its provocative actions compared to just 17 percent who blamed NATO for infringing on Moscow’s sphere of influence.

Western leaders are largely backed by the Ukrainian public, with majorities saying they approve of how Biden, French President Emmanuel Macron and British Prime Minister Boris Johnson have led over the past months. German Chancellor Olaf Scholz, whose government has been markedly more hesitant to strike hard stances against Russia, received 48 percent approval on his handling of the crisis.

However, Ukrainians are not entirely prepared to let the West off the hook, with 53 percent saying the United States did not do enough to prevent a Russian invasion and 59 percent saying the same about NATO and the European Union.

Ukrainians reserved their highest admiration for their President Volodymyr Zelenskyy, with 62 percent expressing approval of his handling of their nation’s life-or-death situation. Zelenskyy delivered an impassioned speech to the European Parliament via video call on Monday in which he called for the bloc to immediately accept Ukraine as a member, citing the sacrifice of his nation’s people on the battlefield to defend the union’s democratic values.

The Morning Consult survey was conducted Feb. 24-March 1, 2022, among a representative sample of 829 adults in Ukraine, with an unweighted margin of error of plus or minus 2 percentage points.