45% of registered voters said they are against the government’s use of the verification method, compared to 39% who said they supported it 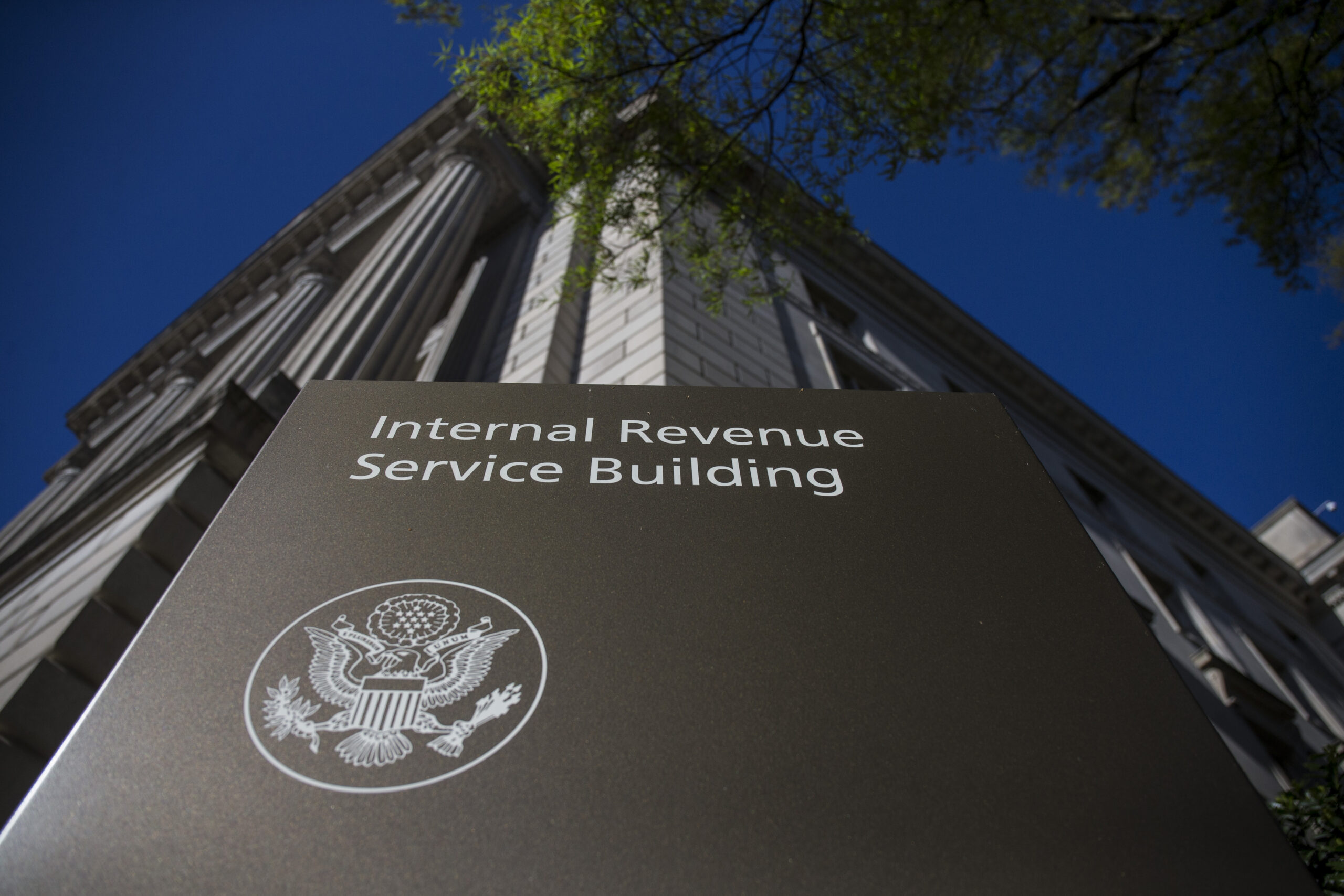 The Internal Revenue Service recently said it would offer taxpayers an alternative way to verify their identities that doesn’t require facial recognition to access their online IRS accounts, following pushback from privacy advocates and some lawmakers. But a new Morning Consult/Politico survey found that registered voters are nearly divided in their support for the federal government’s use of facial recognition for account verification. 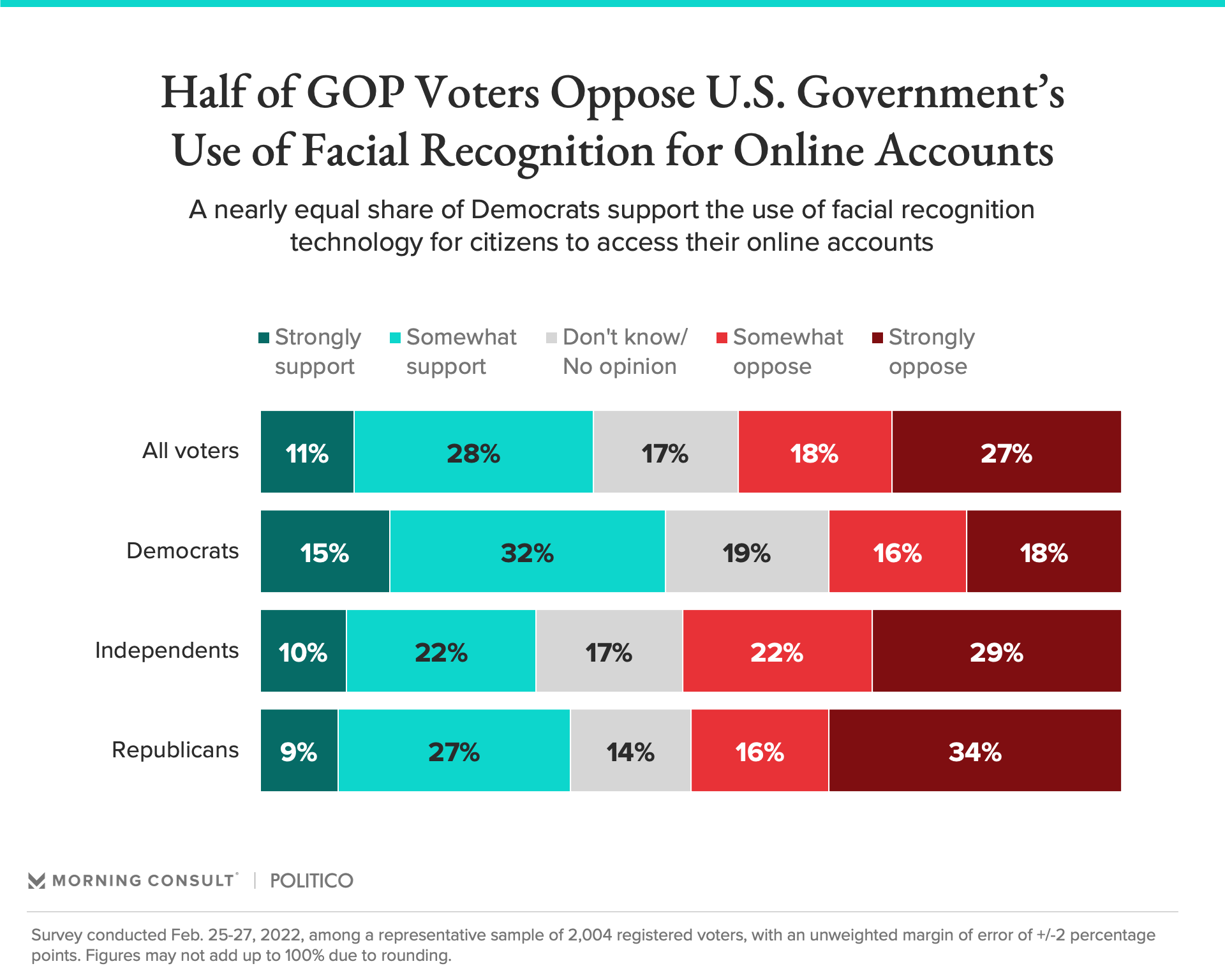 Related: More Than Half of Voters Back a National Data Privacy Law

The expanded use of facial recognition technology has raised the hackles of privacy advocates. The criticism prompted the IRS to announce it would offer a live virtual interview for users’ identity verification instead. ID.me also said it would drop its facial recognition requirement for all its government clients and offer alternative methods of verification.

The initial IRS plan to use facial recognition technology created a firestorm of criticism among lawmakers, too.

Rep. Bill Huizenga (R-Mich.) introduced a bill that would ban the IRS from collecting any biometric data, while a slew of other elected officials from both sides of the aisle sent letters to the agency questioning its plans to use facial recognition and calling on it to abandon them. In a statement outlining its new authentication option, the IRS said no biometric data would be required.

After the IRS made its announcement, the Massachusetts Department of Unemployment Assistance became the first state-level agency to follow suit and discontinue its use of facial recognition technology through ID.me. For its part, ID.me founder and Chief Executive Blake Hall said in a statement that the company’s shift away from the technology came after it “listened to the feedback about facial recognition.”

Privacy advocates want the effort to go further, however, and are seeking a complete governmental abandonment of the use of facial recognition technology. In an open letter, more than 40 organizations urged public agencies to “follow suit” given the privacy and civil liberties implications in using the technology, as well as its outsized impact on communities of color.

The groups also said the need to use facial recognition discriminates against those with some disabilities, or those who do not have reliable internet access.

The Feb. 25-27, 2022, survey was conducted among a representative sample of 2,004 registered voters, with an unweighted margin of error of plus or minus 2 percentage points.