Medicare Advantage Is Growing, but Roadblocks Could Emerge for Some Health Insurers as Competition Heats Up 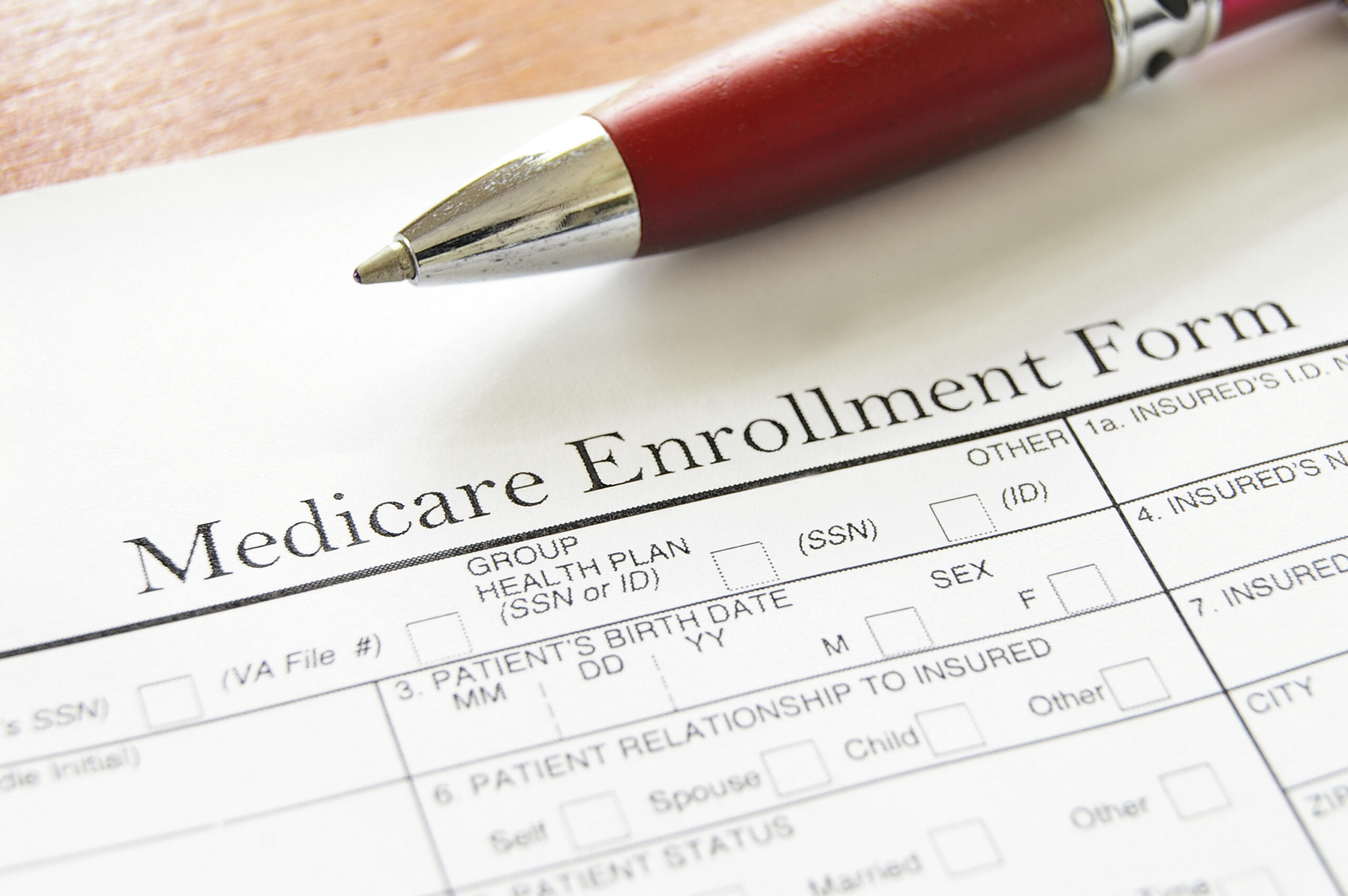 Medicare Advantage is booming, and industry watchers don’t see it slowing anytime soon. Yet they expect it will only get more competitive for major payers, amid pressure on the Medicare program’s overall finances, an increasing willingness of beneficiaries to shop around for insurance and growth among smaller players looking to eat at their business.

The Congressional Budget Office projects that by 2030, at least half of eligible beneficiaries will be enrolled in Medicare Advantage, where the federal government pays private insurers a lump sum per patient to keep them healthy, rather than paying for each medical service, with those payments adjusted for various risk factors. Other experts estimate that the country will cross the 50 percent threshold even sooner — and a handful of states are already there as of February 2022, a Morning Consult analysis of federal data shows.

Those eight states span from Florida to Oregon, with a dozen others close behind. Even where traditional Medicare remains dominant, the growth of the MA program will have ripple effects across the country.

In 8 States, At Least Half of Medicare Patients Have Medicare Advantage

Share of eligible beneficiaries enrolled in Medicare Advantage, as of February 2022

Insurers big and small jockey for position in MA market, as winners and losers emerge

The rapid expansion in MA enrollment in recent years is tied to the plans of major health insurers, regional plans and tech-centric startups, all of which are looking to the program to fuel their own growth. MA plans offer a range of rebates and extra benefits — like gym memberships, home health services and healthy meal deliveries — that traditional Medicare doesn’t, making them appealing to consumers.

Anthem Inc., for one, is leaning into such “flexible and personalized benefits” to stay competitive. Meanwhile, UnitedHealthcare Inc., the country’s largest MA insurer with nearly 7.9 million beneficiaries, is prioritizing its operational capabilities, such as digital tools, ease of payment and personalized services. And CVS Health Corp., which owns insurer Aetna Inc., drew on its “strategic focus on dual-eligible special needs plans” to grow enrollment in 2021.

“You can see why the plans are into it,” said Katherine Hempstead, a senior policy adviser at the Robert Wood Johnson Foundation with expertise in health insurance. But she also warned that the market could hit a “saturation point” where the number of new offerings exceeds the number of new enrollees, leading to “slower growth rates for some of the big players.”

One example: Humana Inc. said last month that it will cut costs and reinvest $1 billion into its MA business, weeks after it slashed its 2022 outlook because it lost members to other insurers during the most recent open enrollment period. Although Humana is the country’s second-largest MA insurer with 5.07 million enrollees, it saw slower growth in MA membership than most of its competitors between 2021 and 2022, according to the analysis of federal data, which may differ slightly from enrollment figures reported by insurers.

Centene Saw Biggest Medicare Advantage Bump Among Major Insurers in 2022, but UnitedHealthcare Has Most Members

Change in Medicare Advantage enrollment between 2021 and 2022, by insurer

Meanwhile, SCAN Health Plan, a nonprofit MA organization based in California, is betting on the increase in options to drive business to its offerings. SCAN added nearly 40,000 new members in 2022, a 17.2 percent increase over the previous year, federal data shows, and Chief Executive Dr. Sachin Jain expects that trend to continue.

“Buying behavior in Medicare Advantage is starting to change,” Jain said, driven by the emergence of online marketplaces to help people compare plans and the bombardment of ads urging people to shop around. He also sees beneficiaries being more open to swapping plans over time: “On a consumer level, people feel like they should be maximizing their value, and different benefits are important for different people at different times.”

In 2019, Medicare spent $321 more annually per patient in Medicare Advantage than those in traditional Medicare — amounting to an estimated $7 billion in extra spending — fueling concerns over the program’s impact on Medicare’s overall finances. Higher projected spending for MA is expected to eat away at savings from lower costs to Medicare’s hospital trust fund, which is set to hit insolvency in 2026. 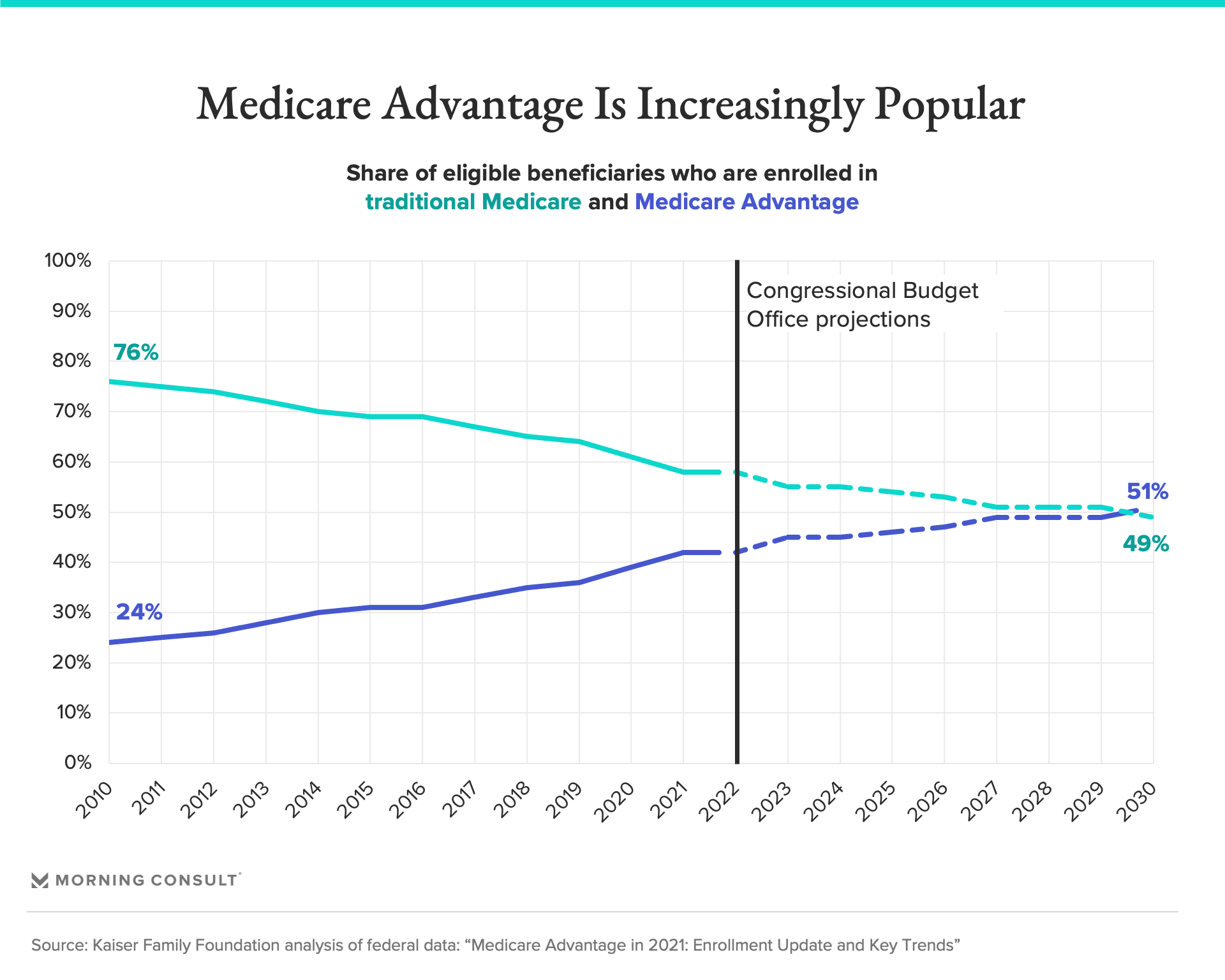 Allison Rizer, a principal at ATI Advisory who previously worked at UnitedHealthcare, said concerns over higher MA spending are misguided because they don’t “account for the value of the dollar” in MA, including extra benefits. ATI’s research with the Better Medicare Alliance, an advocacy group for MA insurers, shows that MA beneficiaries consistently pay less out of pocket and report similar levels of satisfaction with their care compared with those enrolled in traditional Medicare.

Not everyone agrees that the extra benefits are worth it, though.

“What we tell people is, don’t look at the bells and whistles, look at what’s underneath,” like whether the MA plan covers their preferred doctor or what the cost-sharing actually looks like, said David Lipschutz, associate director of the Center for Medicare Advocacy, which has been critical of the MA program.

Meanwhile, the Department of Justice has been ramping up scrutiny of fraud within the MA program, accusing some plans and providers of overbilling Medicare by upcoding patients’ conditions to make them appear sicker than they actually are in order to increase their payments from the government. Some research estimates Medicare overpaid plans by $106 billion over a decade because of the billing structure.

Chernew cautioned that MA plans may not always be acting maliciously: Because they’re incentivized to measure all of their beneficiaries’ health concerns, they may be more consistently coding these issues than providers working with traditional Medicare.

For now, it appears any meaningful change to the MA program will come from the Centers for Medicare and Medicaid Services, not from lawmakers. While Sen. Elizabeth Warren (D-Mass.) hammered MA during a recent Senate Finance hearing, a bipartisan group of 60 senators sent a letter in support for the program to federal health officials last week, following hundreds of House lawmakers earlier in February.

Lawmakers are “doing a cost-benefit analysis of how many negative commercials they want and in what industry,” Lipschutz said.

Rizer expects CMS to take steps to refine the risk adjustment model to better capture the level of care provided, which she described as a “right-sizing of the dollar.” The agency recently proposed bumping payments to MA plans by nearly 8 percent, with a final decision expected in April. CMS is also looking for ways to improve measures of health equity through the program; a spokesperson said the agency is currently reviewing feedback on such metrics and is “committed to ensuring that Medicare remains affordable for people and sustainable for future generations.”

These kinds of changes likely won’t deter MA’s growth, which Chernew notes isn’t without its risks, either. While “the evidence is mildly supportive that they’re providing the care for less, and they’re definitely providing better benefits,” he said, that “doesn’t mean that it’s worth putting even more in.”