Even though nearly every U.S. voter is concerned about inflation, worsening views of Russia mean a plurality also back oil sanctions 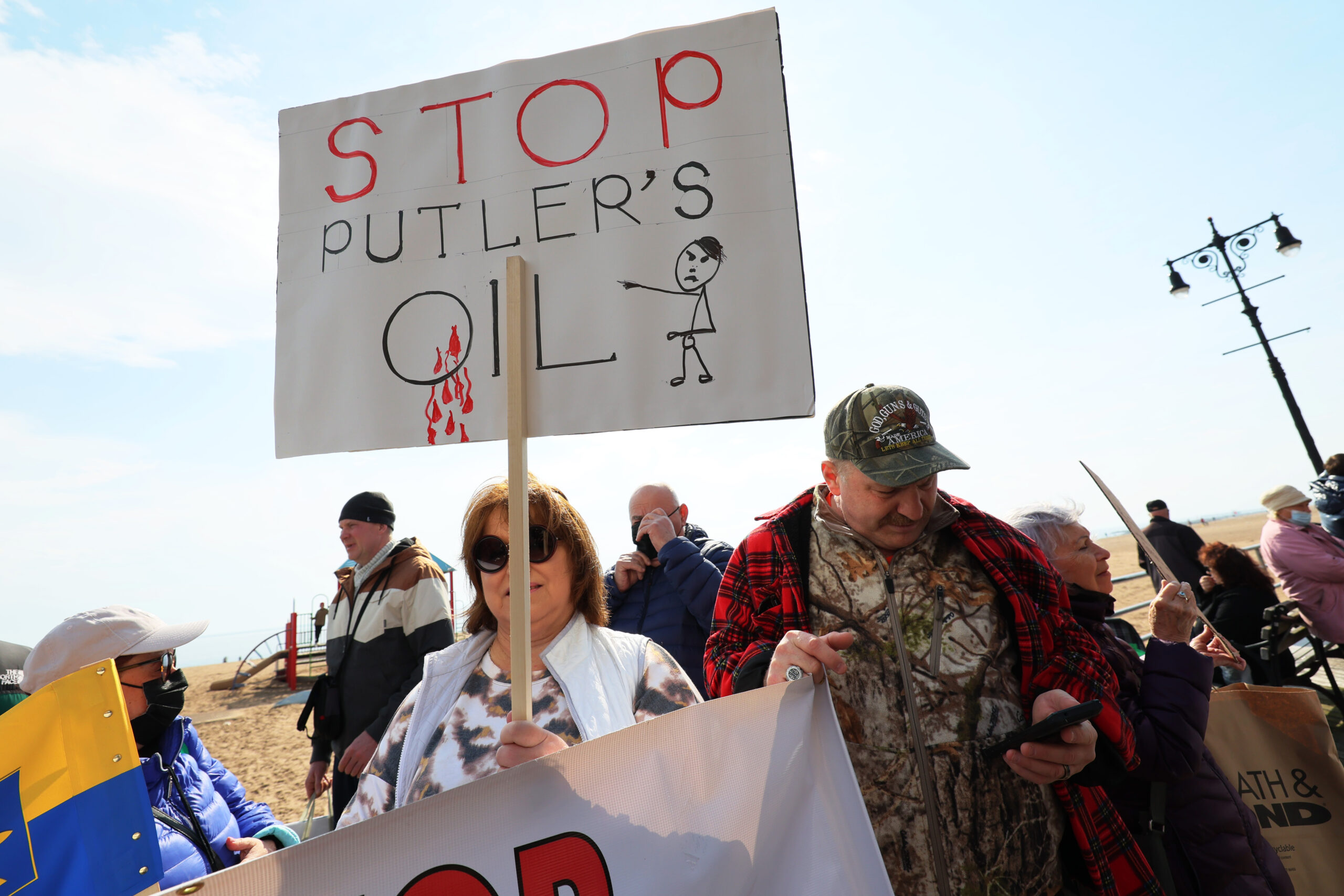 A protester calls for an embargo on Russian oil during a demonstration against the invasion of Ukraine in New York on Sunday. (Michael M. Santiago/Getty Images)
By Matthew Kendrick 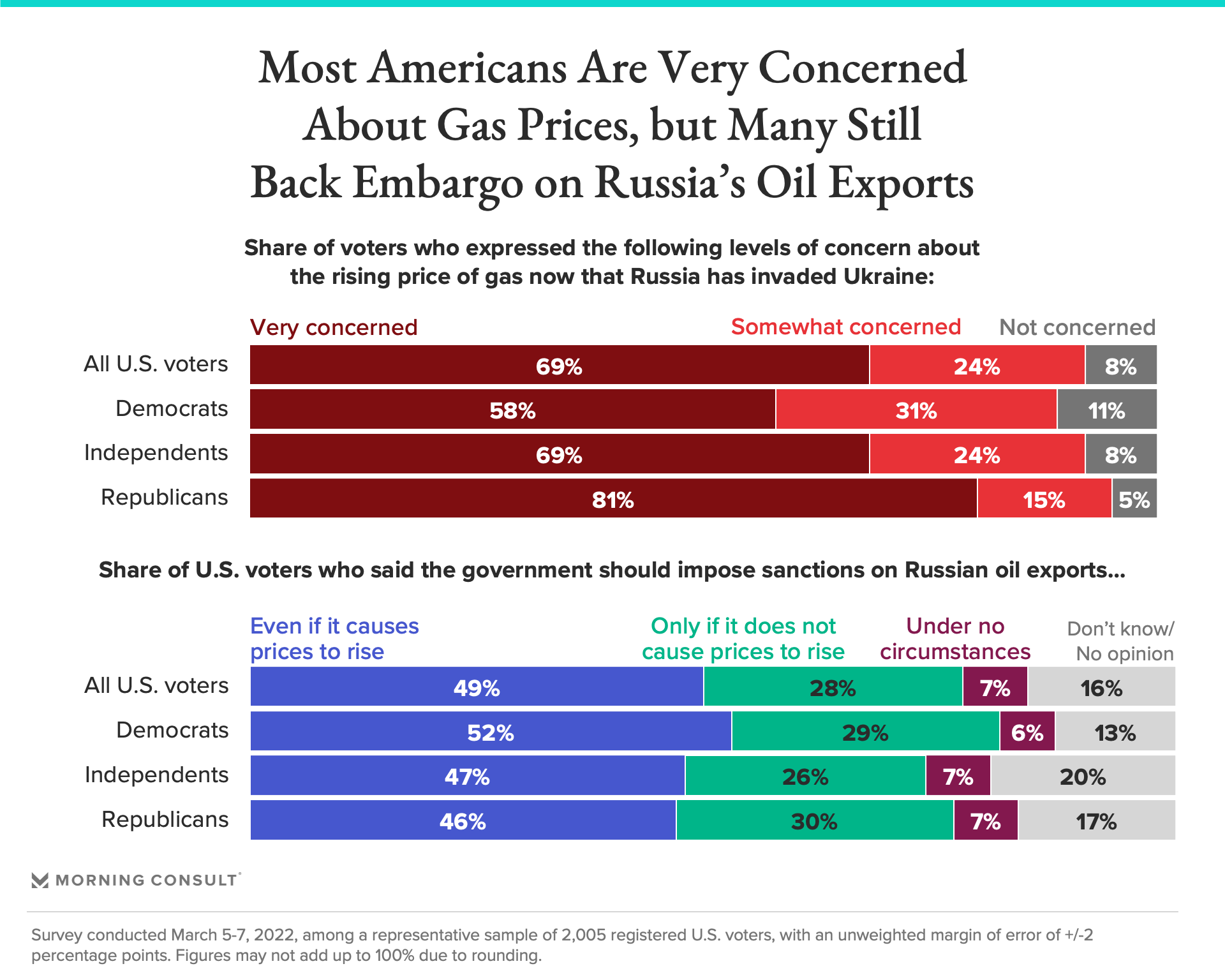 Related: Ukrainians Identify Strongly With the West, and a Majority Would Vote to Join NATO

Wars make strange bedfellows indeed, with skyrocketing oil prices leading Washington to reach out to Russian ally Venezuela about the possibility of lifting oil sanctions to bring its petroleum supplies back on global markets, and rumored plans to lobby for more oil from Saudi Arabia, with whom relations cooled following the assassination of journalist Jamal Khashoggi in 2018 by the kingdom’s agents.

Russia’s oil exports have so far been exempted from Western sanctions — but as Moscow’s forces continue to target civilian areas, including shelling of civilian convoys that were promised safe passage — it now may just be a matter of time. U.S. President Joe Biden and his counterparts from France, Germany and Britain met via video on Monday and “affirmed their determination to continue raising the costs on Russia,” according to a White House readout.

German Chancellor Olaf Scholz has so far demurred on the idea of oil embargoes, but the Biden administration is reportedly considering going it alone, and there appears to be a bipartisan push inside Congress to pass legislation blocking all Russian and Belarusian exports. If Morning Consult’s survey data on U.S. voters is anything to go by, concerns about Western decadence preventing Americans from making sacrifices to defend democracy are unfounded.

In fact, Americans are the least antipathetic toward Russia among the populations of major U.S. allies in Europe and Asia: The United States was the only country where fewer than three-fourths of adults had an unfavorable view of Russia — and the only country besides Italy where more than 1 in 10 adults have a favorable view. 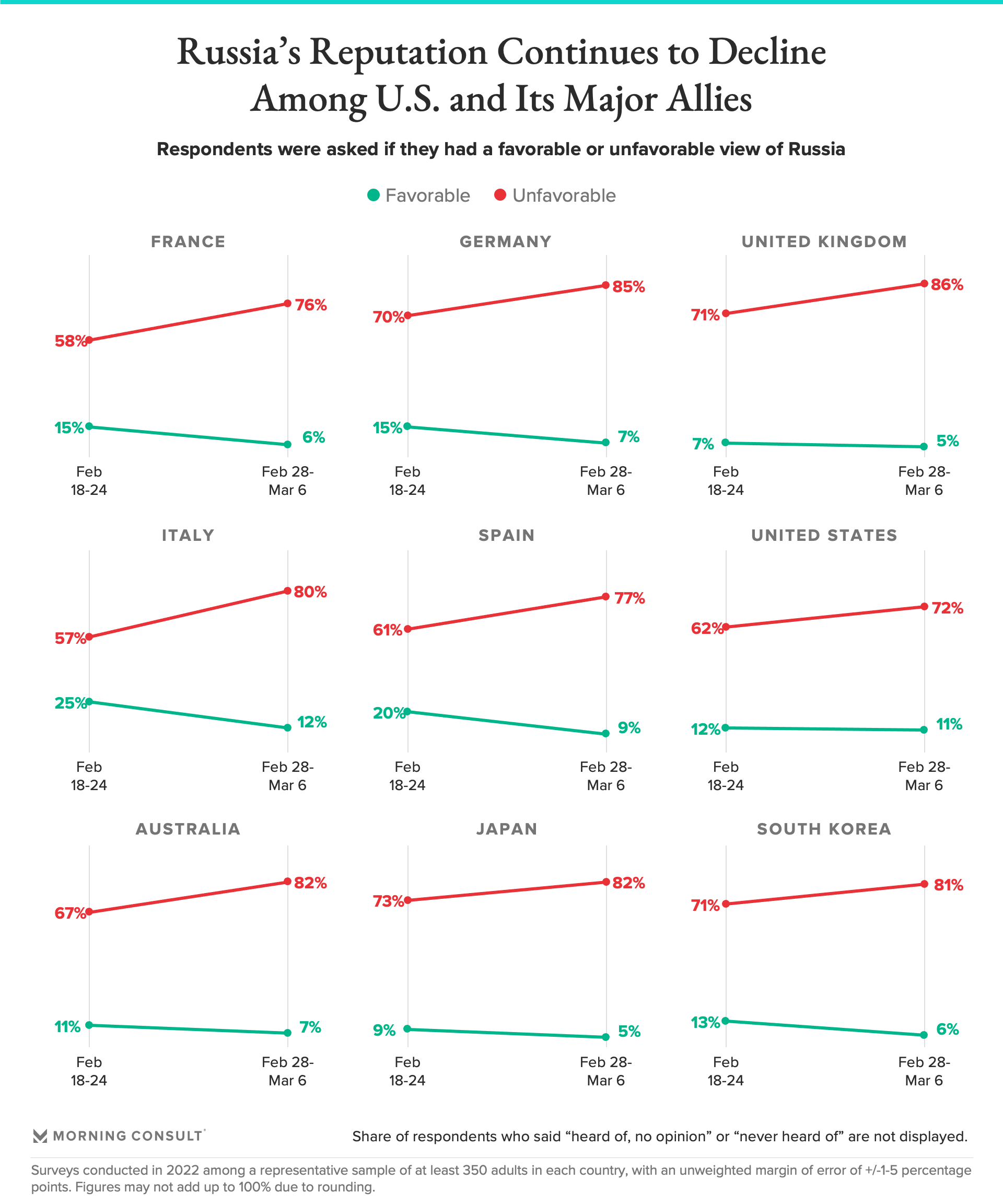 The latest Morning Consult survey was conducted March 5-7, 2022, among a representative sample of 2,005 registered U.S. voters, with an unweighted margin of error of plus or minus 2 percentage points.