45% approve of Biden’s job performance; 46% support his handling of Ukraine 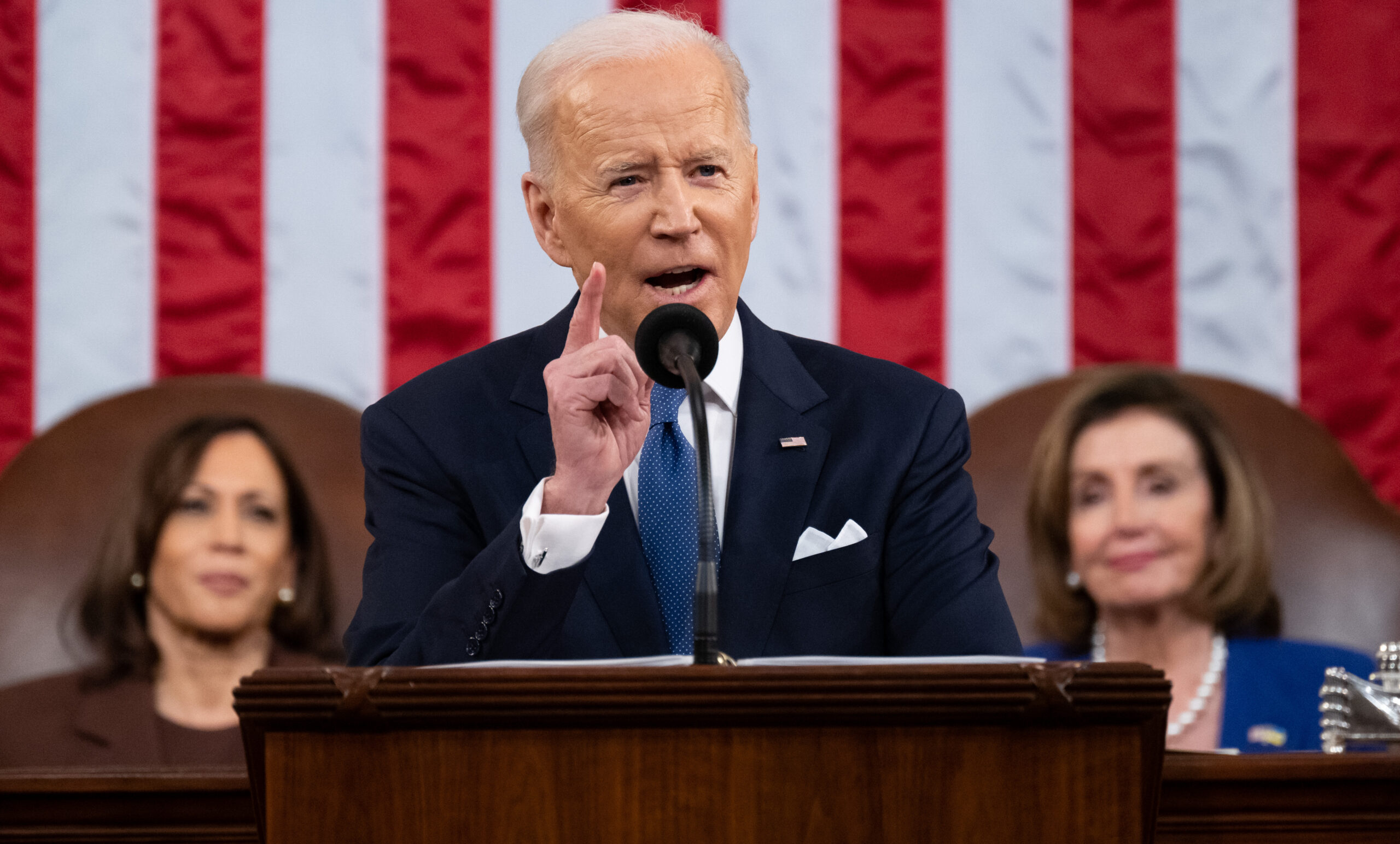 President Joe Biden posted his best approval rating in months following his first State of the Union address, according to a new Morning Consult/Politico survey, which also found that for the first time more voters than not approve of his handling of the crisis in Ukraine. 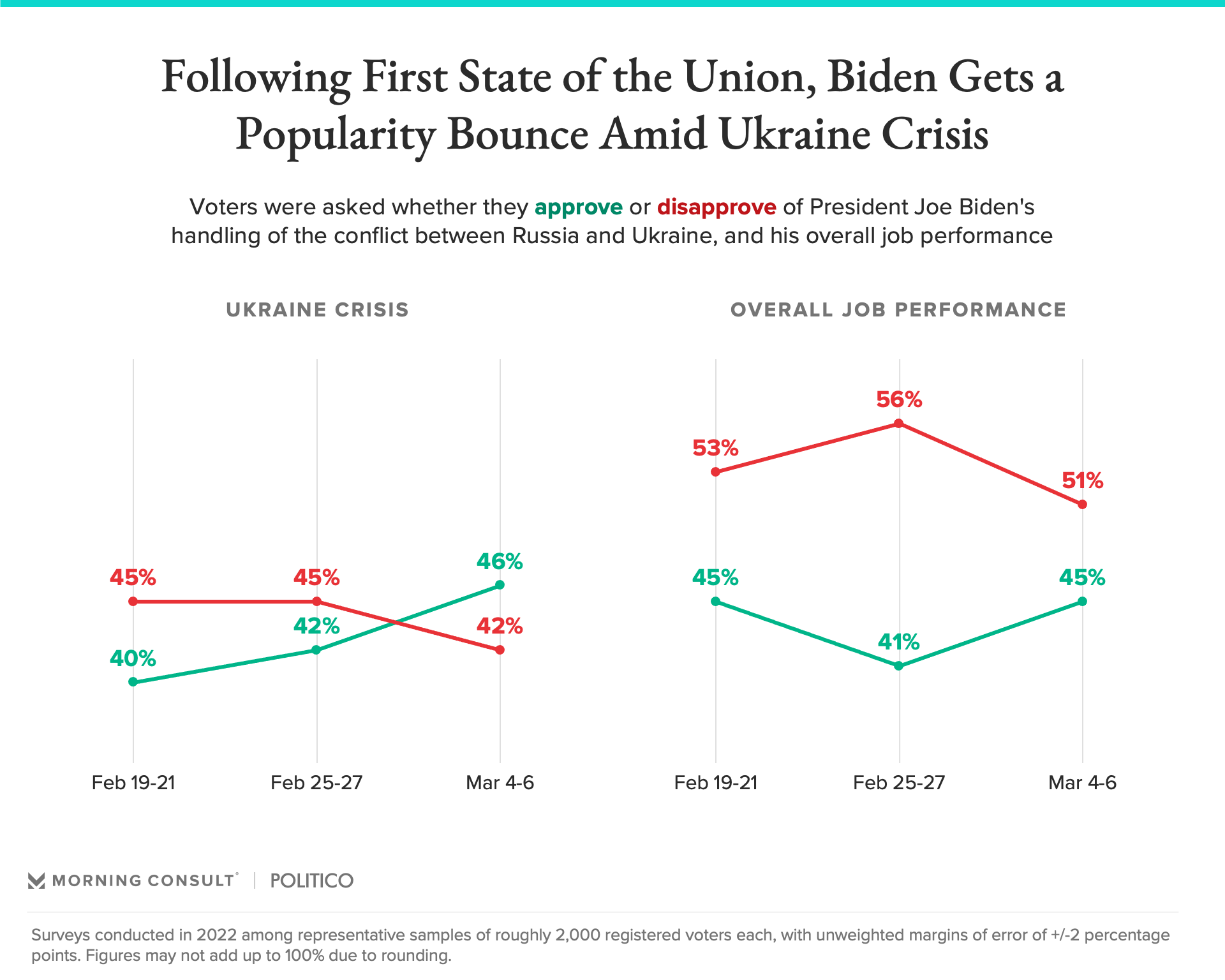 Biden’s improvements follow a week that saw him highlight the world’s rallying around tougher sanctions against Russian President Vladimir Putin and his allies at the beginning of his prime-time address.

Just under half of voters (47 percent) said they watched at least some of the speech, which is higher than the 40 percent who reported watching at least some of his speech to a joint session of Congress last spring. Two-thirds said they had seen, read or heard at least some about his State of the Union address. Along with improved sentiment on his handling of the crisis overseas, the week also looks to have provided a modest boost to voters’ perceptions of Biden personally.

The latest Morning Consult/Politico survey was conducted March 4-6, 2022, among a representative sample of 2,005 registered U.S. voters, with an unweighted margin of error of plus or minus 2 percentage points.