49% of Black voters express strong enthusiasm about voting this fall, up 12 points since Jackson’s nomination 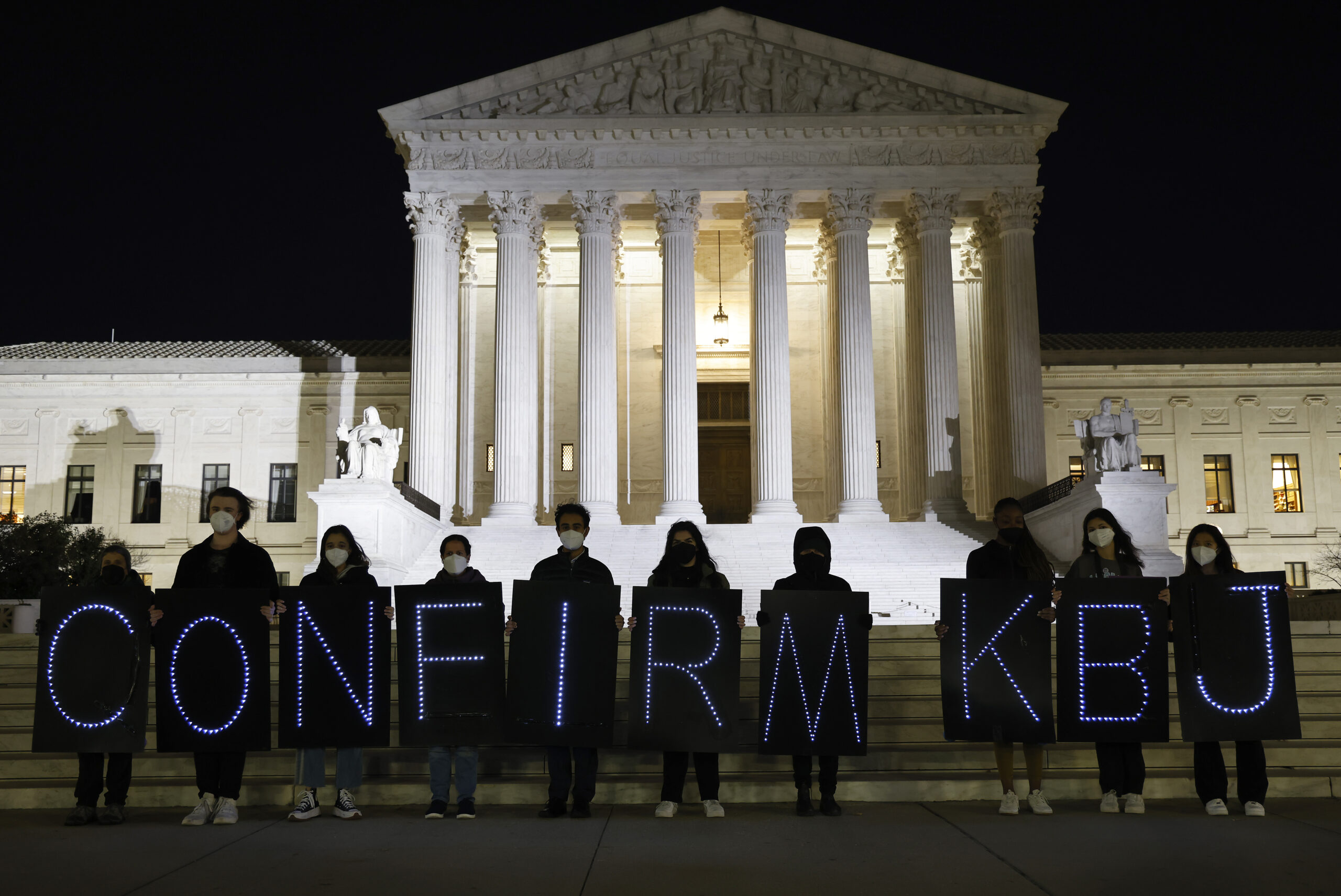 Activists call for the immediate confirmation of Judge Ketanji Brown Jackson to the Supreme Court on Feb. 25, 2022, in Washington, D.C. (Paul Morigi/Getty Images for MoveOn)
By Eli Yokley

President Joe Biden promised Black voters he would put a Black woman on the Supreme Court, and Morning Consult/Politico surveys show Black voters appear to be rewarding him for it.

Black Voters Are Becoming More Enthusiastic About the Midterms

Share of voters who said they are “extremely” or “very” enthusiastic about voting in the November 2022 midterm elections for U.S. Congress

Surveys conducted among representative samples of roughly 2,000 registered U.S. voters each, with unweighted margins of error of +/-2 percentage points.

It’s been a busy couple of weeks featuring Biden’s Supreme Court nomination, Russia’s invasion of Ukraine and the president’s first speech to a joint session of Congress, so it is impossible to nail down precisely what is contributing to the improvements on two key indicators for the Democrats’ chances of holding Congress this fall – or whether the improvement is permanent.

But previous surveys have shown Biden’s historic selection of a Black woman for a seat on the highest court in America had the potential to motivate Black voters. Among this portion of the electorate, which will be key to Democrats’ prospects this year, 55 percent said they’d seen, read or heard at least something about Jackson’s nomination, making it a relatively salient event. What’s more, enthusiasm could rise further as Jackson’s confirmation process plays out.

The judge for the U.S. Appeals Court for the District of Columbia Circuit continues making her way through meetings with senators ahead of confirmation hearings set to begin March 21, and support for  — and opposition to — her nomination has ticked up over the past week as more Democratic and Republican voters begin to fall in line with their parties’ respective positions. 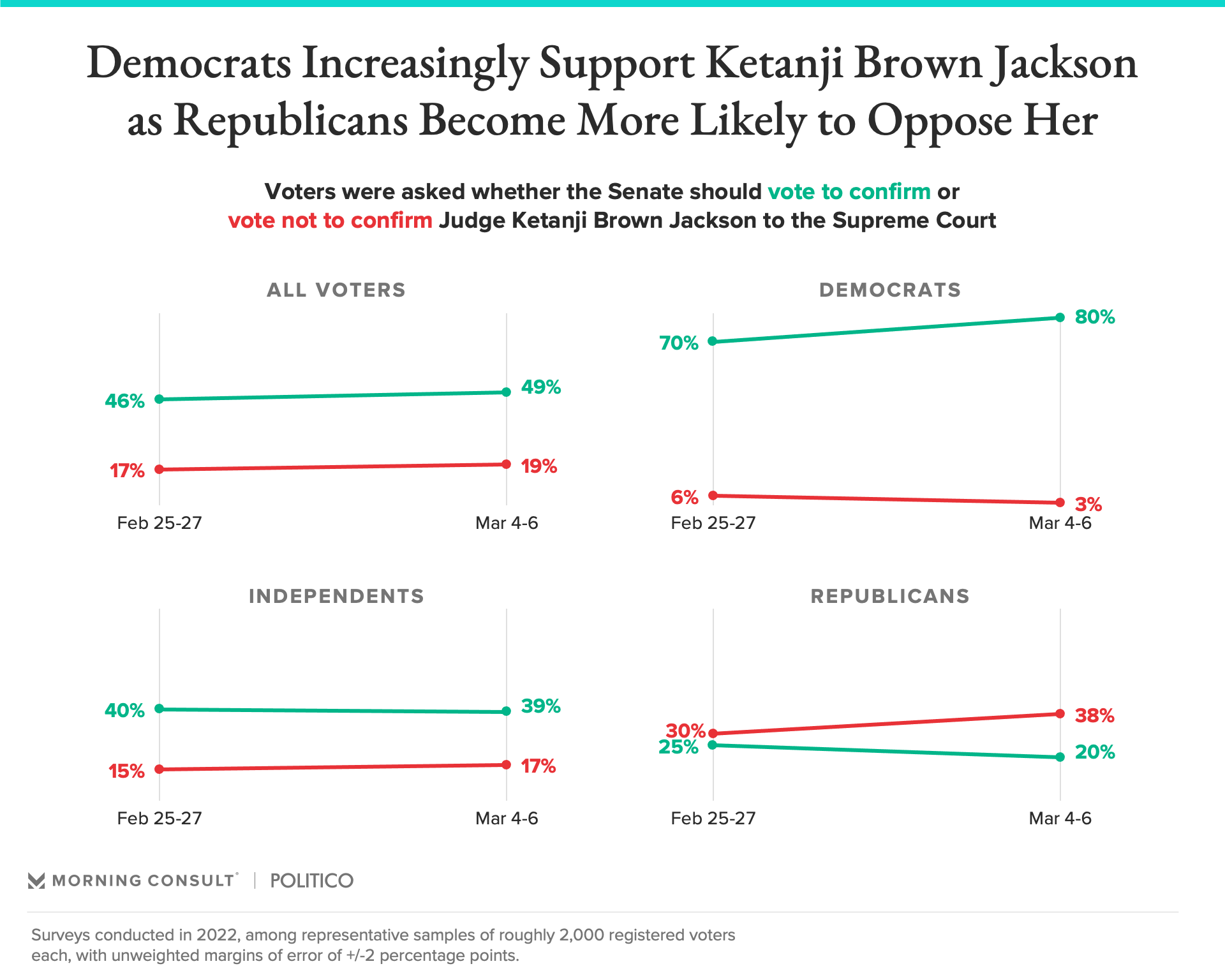 What voters say about Jackson’s nomination

The latest Morning Consult/Politico survey was conducted March 4-6, 2022, among a representative sample of 2,005 registered U.S. voters, with an unweighted margin of error of plus or minus 2 percentage points.