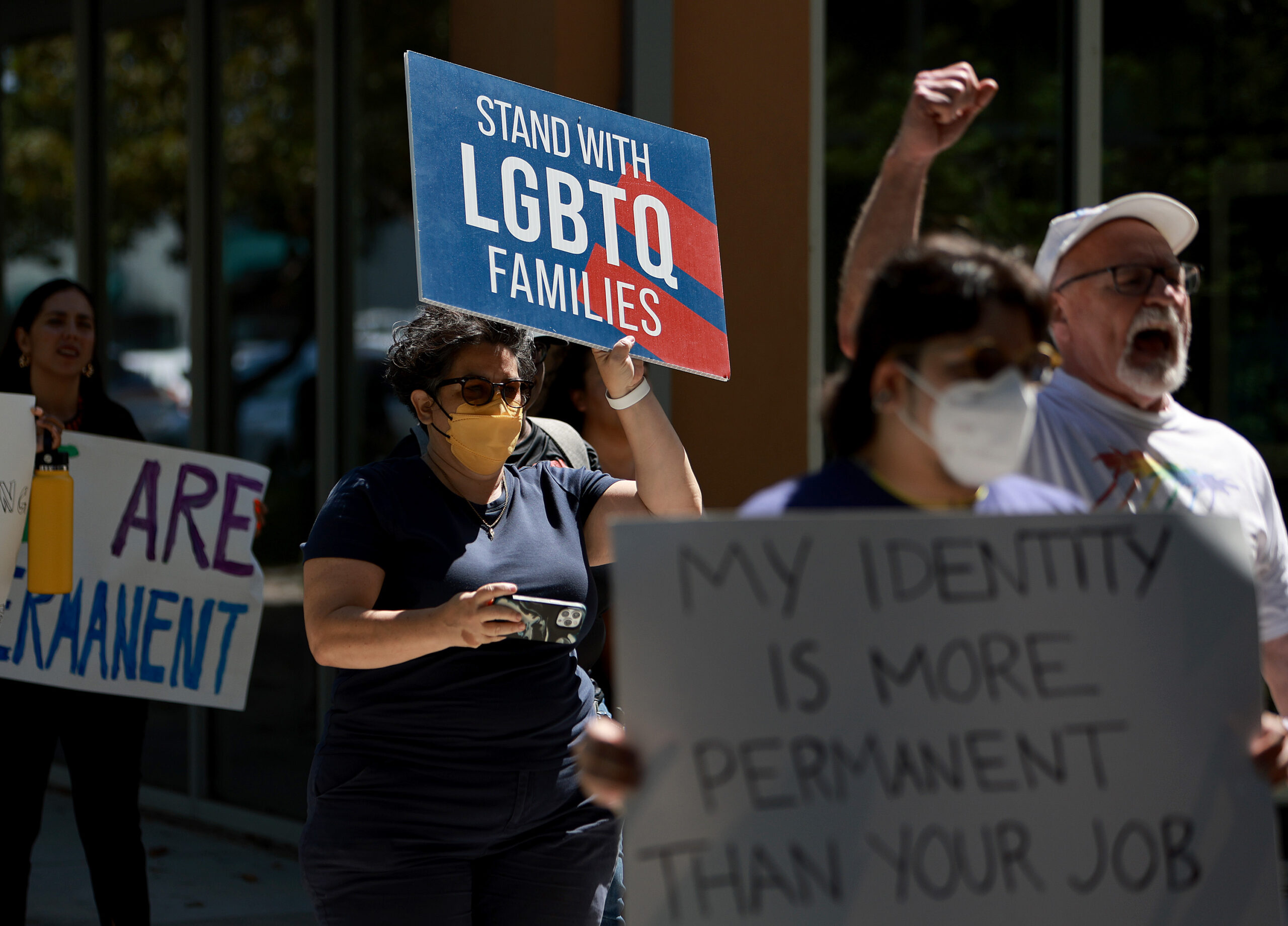 A slim majority of voters support key provisions of Florida state legislation that’s been dubbed the “Don’t Say Gay” bill by critics, but they are divided over whether parents should be able to sue schools over discussions of sexual orientation and gender identity, according to a new Morning Consult/Politico survey. 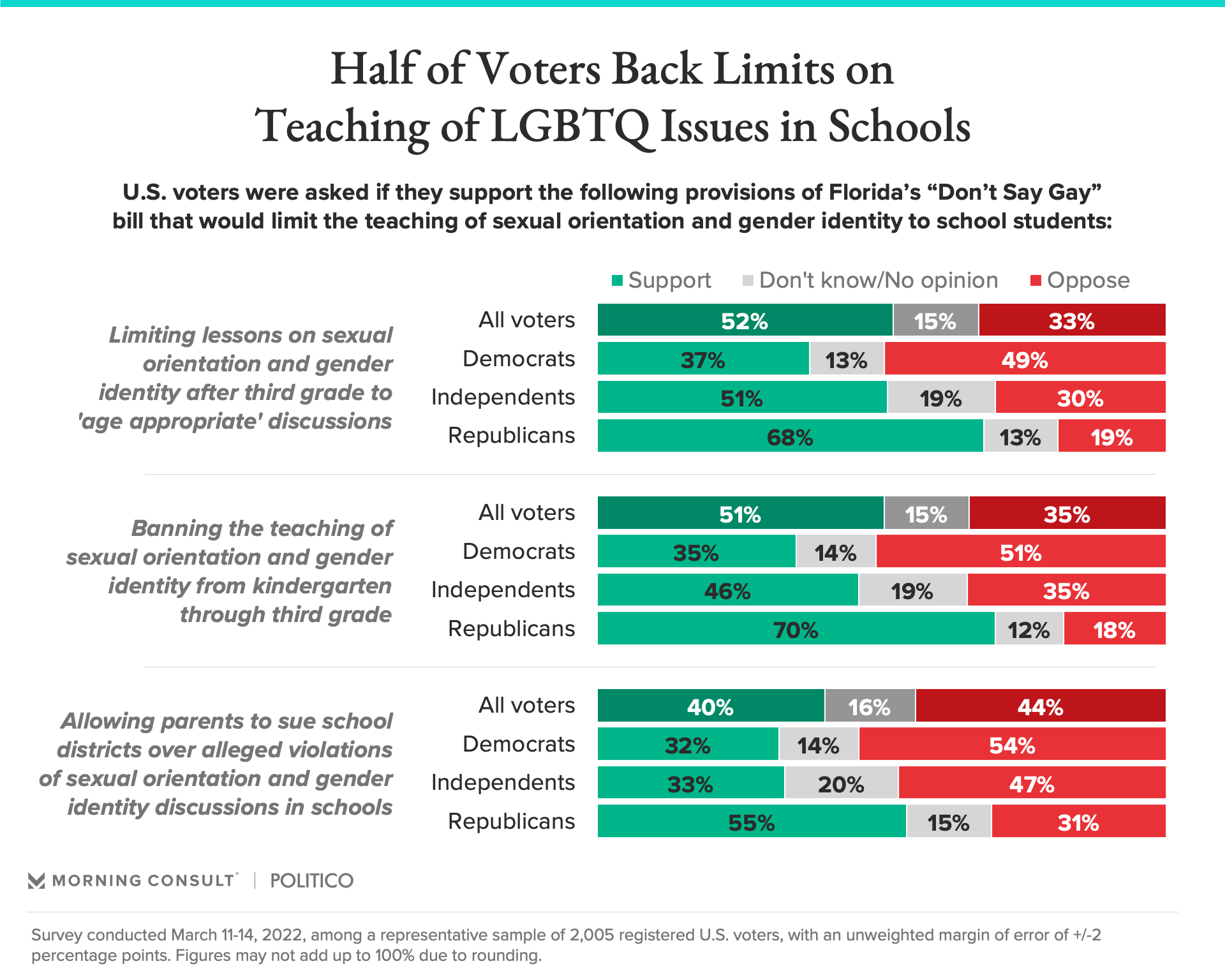 The Florida Legislature’s passage of the bill marked another step in the Republican-led efforts to rev up the culture wars for the hearts and votes of parents, leveraging coronavirus-era frustrations in the country’s public schools as a wedge against a general acceptance of LGBTQ Americans.

Florida Gov. Ron DeSantis, a potential contender for the Republican Party’s 2024 presidential nomination, is expected to sign the measure – just as he’s expected to sign other legislation he’s dubbed the “Stop W.O.K.E. Act,” which seeks to regulate teaching about race and is more divisive among the national electorate. 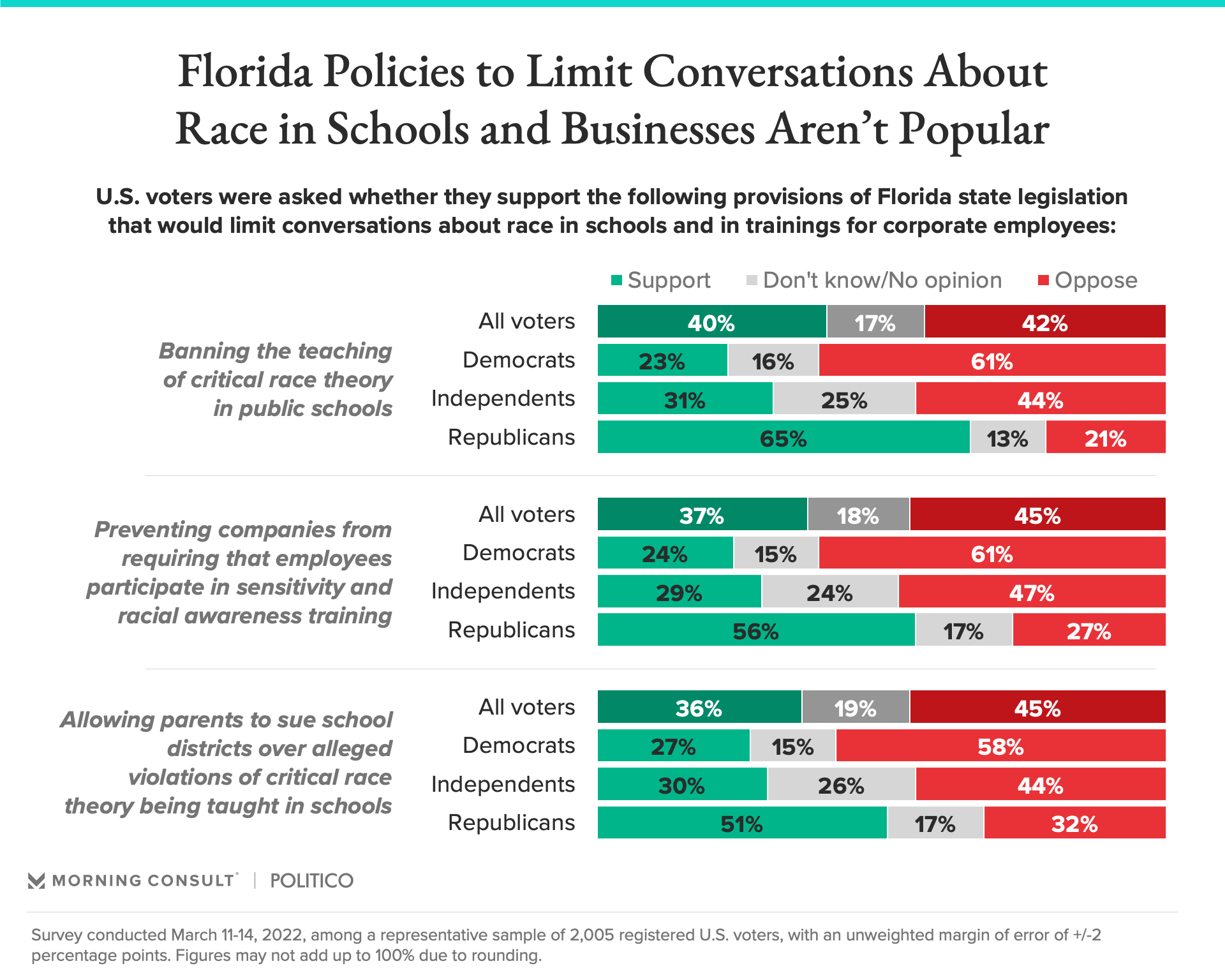 Related: Many GOP Voters Hold Strong Views on Critical Race Theory. Democrats? Not So Much
Education Race in America Transgender