American Voters Back Outreach to Dictators for Lower Gas Prices

The Biden administration has been criticized for reaching out to Iran, Saudi Arabia and Venezuela in the wake of sanctions on Russian oil, but voters don’t seem to mind 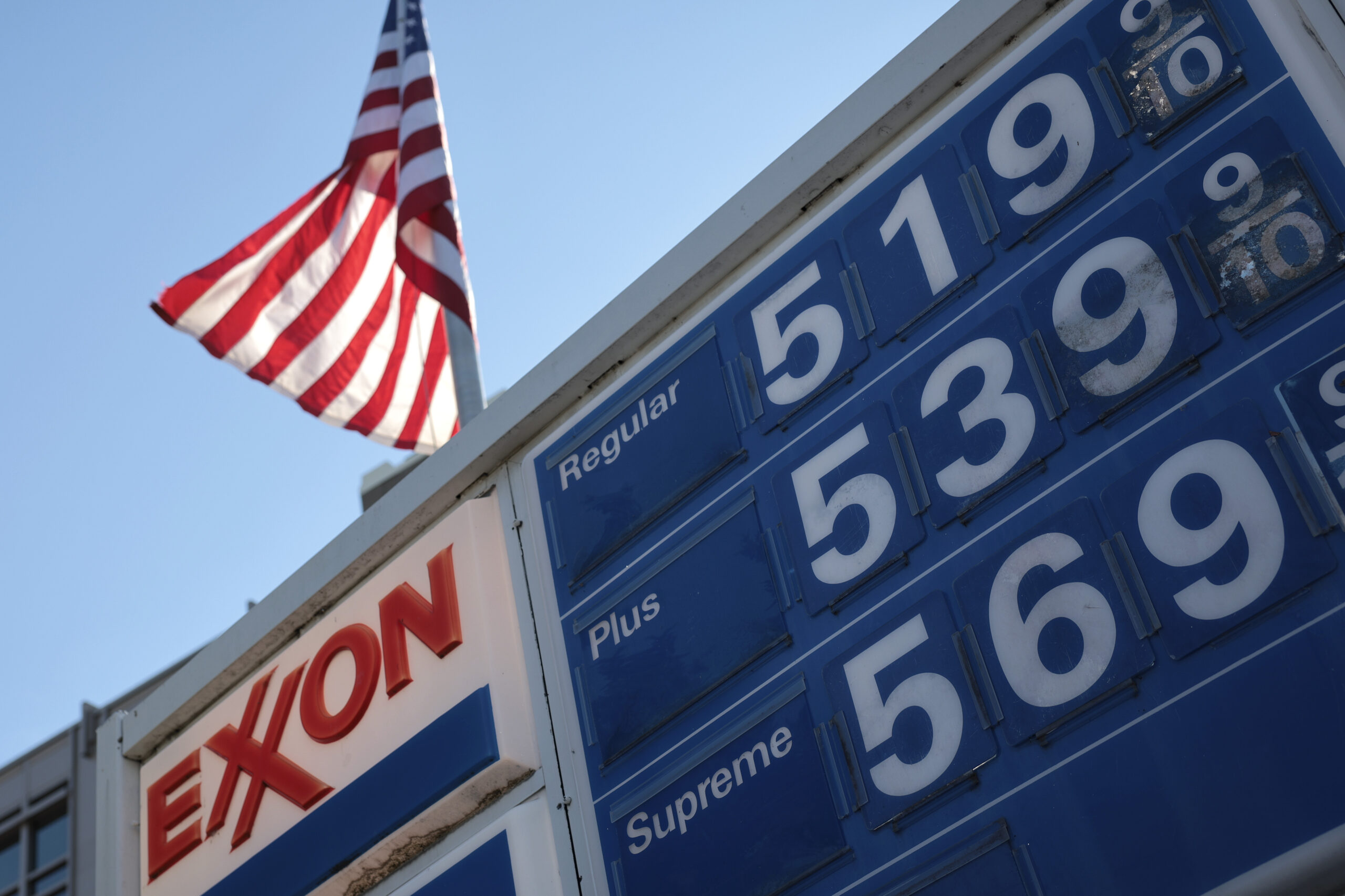 Gas prices are displayed at an Exxon gas station on Capitol Hill in Washington D.C. on Monday. (Win McNamee/Getty Images)
By Alex Willemyns

A slim majority of American voters say the United States should improve diplomatic relations with the oil-rich, authoritarian regimes of Iran, Saudi Arabia and Venezuela to ease the economic burden of rising gasoline prices, according to a new Morning Consult/Politico survey.

Just Over Half of Americans Think the U.S. Should Improve Relations With Iran, Saudi Arabia and Venezuela for Cheaper Gas

U.S. voters were asked whether diplomatic relations with the three countries should be improved if it could lead to lower gasoline prices

Survey conducted March 11-14, 2022, among a representative sample of 2,005 registered voters, with an unweighted margin of error of +/-2 percentage points. Figures may not add up to 100% due to rounding.

The Biden administration has been lambasted for reaching out to the governments of Venezuela and Saudi Arabia to plug the hole created by U.S. sanctions on Russian oil exports, and reports last week also suggested an urgent need for oil could accelerate a nuclear deal with Iran.

Administration officials played down the news after fielding criticism from both sides of the aisle, with Sen. Marco Rubio (R-Fla.) describing a trip by U.S. officials to Venezuela as “begging” and Rep. Ilhan Omar (D-Minn.) calling any warming of relations with the Saudis “wildly immoral.” Former President Donald Trump also weighed in, accusing President Joe Biden of “crawling around the globe on his knees begging and pleading for mercy from Saudi Arabia, Iran and Venezuela.”

Biden’s efforts to rekindle relations with the three countries come amid worsening economic conditions and ahead of the November midterm elections. Consumer confidence in the United States is plummeting due to rising inflation, according to Morning Consult’s Index of Consumer Sentiment, with expectations of future conditions now at their lowest point since tracking began.

Fifty-one percent of American voters in the Morning Consult/Politico survey also believe that the economy will get worse over the next year — compared to only 27 percent who say it will improve — and 87 percent say that prices have been higher than usual over the past month.

When assigning blame for rising prices, equal shares of voters (62 percent) point to Russia’s war with Ukraine and the Biden administration’s policies in general.

Yet when it comes to doing deals with dictators for oil, some countries might be more popular than others.

Iran Is Far More Likely Than Venezuela or Saudi Arabia to Be Viewed as a U.S. Enemy

U.S. voters were asked to describe each country’s relationship with the United States

Survey conducted March 11-14, 2022, among a representative sample of 2,005 registered voters, with an unweighted margin of error of +/-2 percentage points. Figures may not add up to 100% due to rounding.

Who voters see as friends and foes