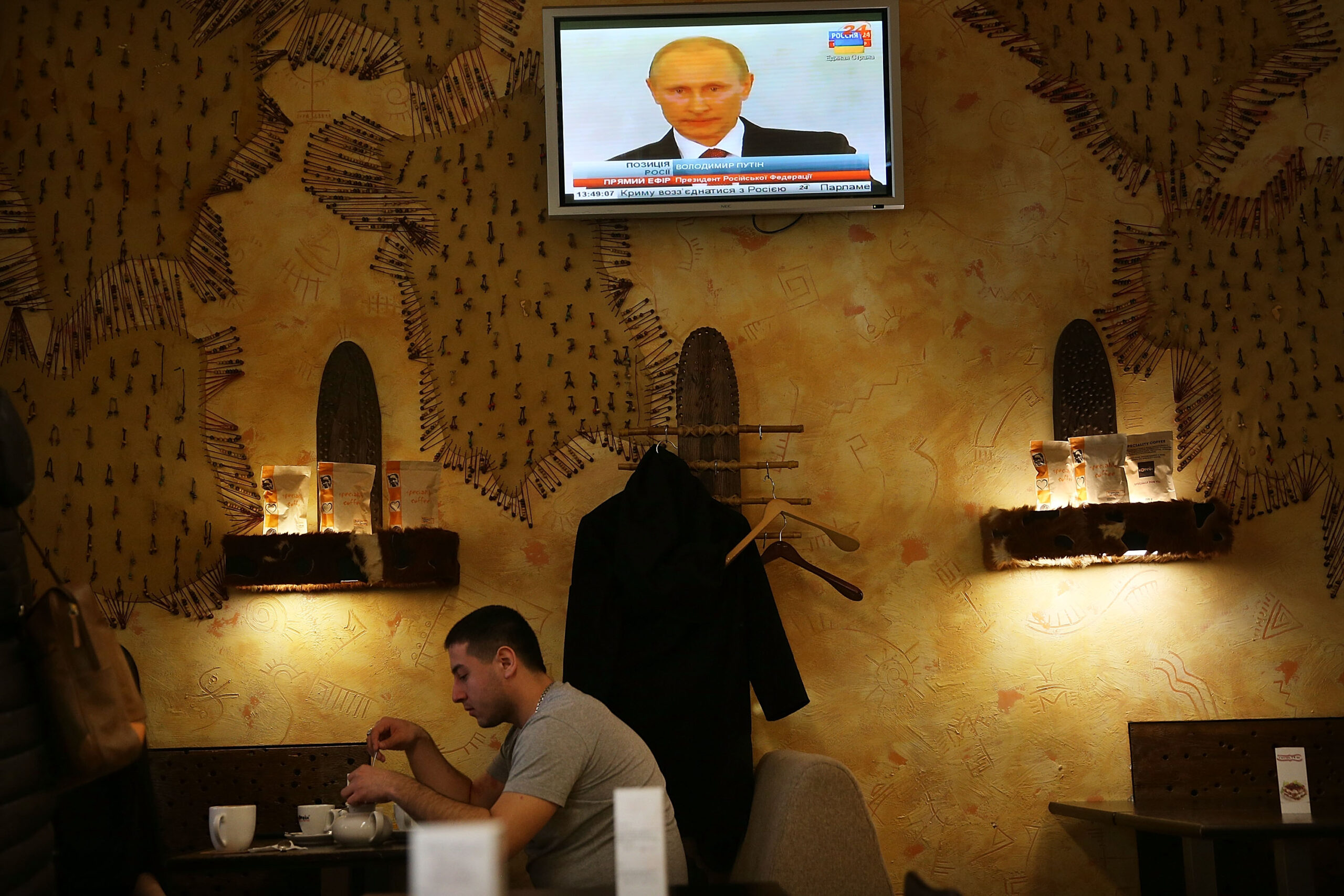 Russian President Vladimir Putin is viewed on a television screen in a cafe on March 18, 2014, in Simferopol, Ukraine. A Morning Consult/Politico survey found that nearly 70 percent of registered voters would support a ban on Russian state media by the U.S. government and social media platforms. (Spencer Platt/Getty Images)
By Chris Teale

After YouTube blocked worldwide access to channels associated with Russian state-sponsored media and the European Union also banned the outlets, almost 70 percent of voters said they would support similar actions by the U.S. government and social media companies, according to a new Morning Consult/Politico survey. 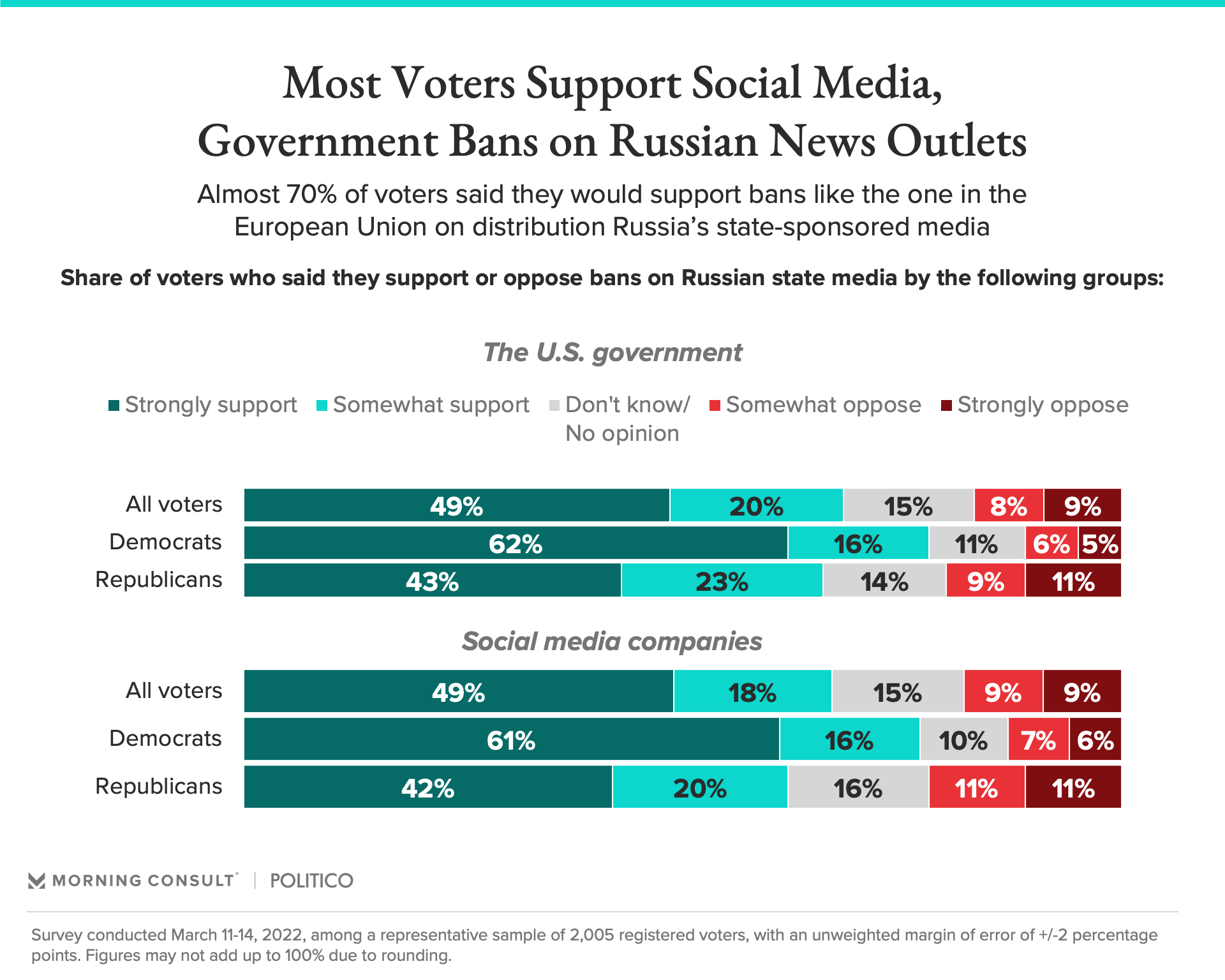 In a series of tweets, YouTube said its worldwide ban on RT is due to its rules banning content “denying, minimizing or trivializing well-documented violent events,” in a change the company said was “effective immediately” but set to take time as its systems needed to “ramp up” the ban.

While Meta Platforms Inc. and Twitter Inc. complied with the E.U. ban, Russian news outlets accused of spreading propaganda are still available in the United States, albeit with content warning labels.

The moves come amid heightened scrutiny of RT, Sputnik and others in spreading pro-Russian propaganda regarding the country’s invasion of Ukraine. In a January report, the U.S. State Department said both outlets are “critical elements” in the country’s “disinformation and propaganda ecosystem,” especially when they report on issues that are most politically important to the Russian government. The State Department said the outlets have been tools in the country’s efforts to change international public opinion about Ukraine.

The March 11-14, 2022, survey was conducted among a representative sample of 2,005 registered voters, with an unweighted margin of error of plus or minus 2 percentage points.