Student Loan Payment Moratorium Extension Would Be Popular With Voters

By a 17-point margin, voters say the federal government should continue the freeze on monthly payments and interest for most federal student loans 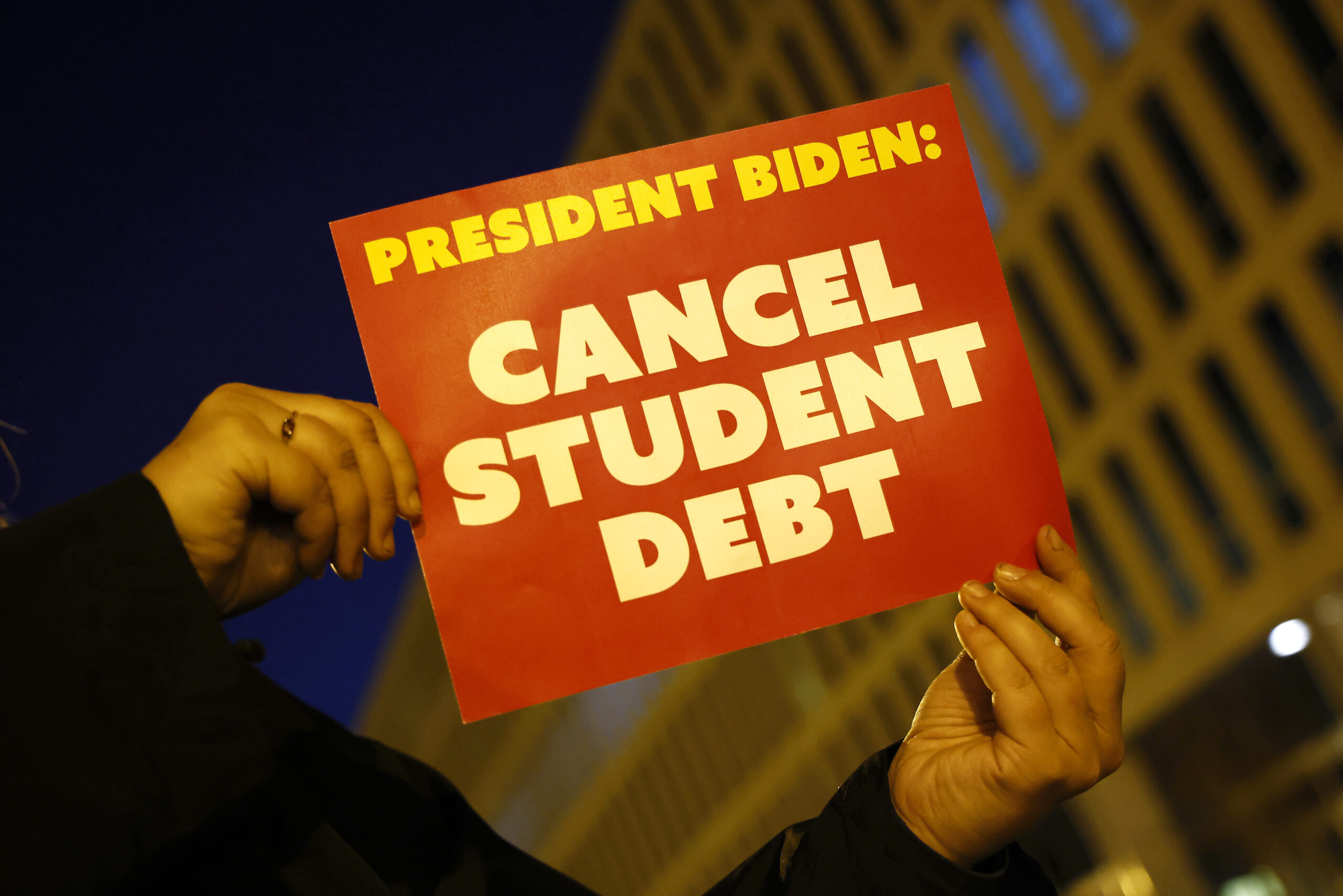 On Monday, the second anniversary of the student loan payment pause, advocates project a message on the outside of the U.S. Department of Education celebrating the pause and asking Education Secretary Cardona to cancel student debt. (Paul Morigi/Getty Images for We The 45 Million)
By Eli Yokley

As the Biden administration considers whether to continue the coronavirus-related suspension of most payments for federal student loans, a new Morning Consult/Politico survey found that half of the voting public would support the move, while far fewer say it should be a top priority for Congress to step in.

Half of Voters Say Student Loan Payment Suspension Should Be Extended

Voters were asked if they support extending the suspension of monthly payments and interest for federal student loans, which are set to expire May 2

Survey conducted March 11-14, 2022, among a representative sample of 2,005 registered U.S. voters, with an unweighted margin of error of +/-2 percentage points. Figures may not add up to 100% due to rounding.

Politico reported last week that the Department of Education had instructed companies that service federal student loans to hold off on sending notices to borrowers that their payments will restart after the moratorium passes on May 1. That was taken as a sign that the Biden administration might extend the payment freeze for millions of borrowers, though the White House hasn’t weighed in.

Many progressives have argued the move could galvanize young people, particularly liberals, on behalf of President Joe Biden and the Democratic Party. Previous surveys have shown he needs all the help he can get with that group, who are far less enthusiastic about the midterms than their older peers.

Still, the issue is far from top of mind for the overall electorate, especially when it comes to action from Congress. According to the latest survey, 21 percent of voters said passing a bill to provide relief to Americans with student loan debt should be a “top priority” for Congress, ranking near the bottom of 12 policy priorities alongside marijuana legalization, regulation of tech companies and elimination of the Senate filibuster for legislation.