Interest in March Madness Is Trending in the Wrong Direction

29% of U.S. adults said they expect to watch at least some of this year’s NCAA men's basketball tournament, down slightly from 2021 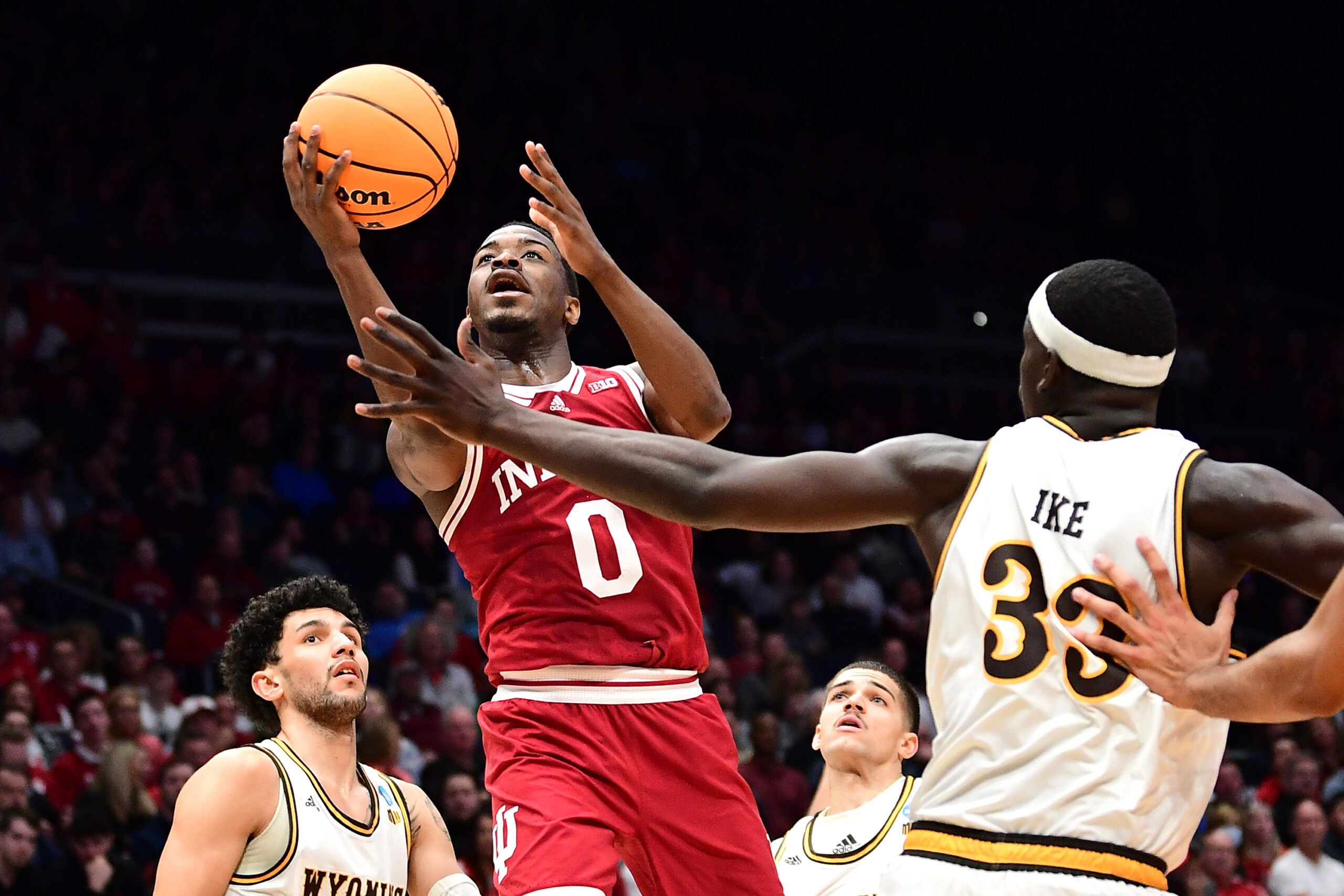 Xavier Johnson of the Indiana Hoosiers drives to the basket against the Wyoming Cowboys during the First Four game of the 2022 NCAA men's basketball tournament on Tuesday in Dayton, Ohio. Fifteen percent of Americans said they plan to fill out a March Madness bracket this year, down 3 percentage points from 2021, according to Morning Consult data. (Emilee Chinn/Getty Images)
By Alex Silverman

After the NCAA men’s basketball tournament was canceled in 2020 and played in a bubble with limited spectators in 2021, March Madness returns to its traditional format this year with games scheduled across the country. Still, there’s no sign that interest in the 2022 tournament, which begins this week, is any greater than last year. In fact, Morning Consult research indicates it has declined steadily over the past five years.

Public Interest in March Madness Has Declined in Recent Years

Share of U.S. adults who said they plan to do each of the following during the NCAA men’s basketball tournament:

Data for 2019 is unavailable. The 2020 survey was conducted prior to the NCAA’s cancellation of that year’s men’s basketball tournament due to COVID-19.
Surveys were conducted each March, among representative samples of approximately 2,200 U.S. adults each, with margins of error of +/- 2 percentage points.

Despite the 13 percent viewership decline from 2019, last year’s championship audience was considered strong by many given the even larger audience declines other major sports properties had experienced amid the COVID-19 pandemic. At the time, it was the most-watched non-football sporting event since Game 7 of the 2019 World Series, and it was only surpassed last year by a few nights of the Tokyo Summer Olympics.

Given that interest heading into this year’s tournament is statistically similar to last year, there’s reason to believe viewership for games played prior to the Final Four (which this year airs on Turner Sports’ cable networks instead of the CBS broadcast network) could see audience gains if the bracket breaks right. Last year’s tournament likely suffered from a lack of deep runs by traditional “blue blood” programs, such as Duke, North Carolina and Kentucky.  A deep run for Duke in coach Mike Krzyzewski’s final season would likely be the best outcome this year from a ratings perspective.

The broader trend of the past five years, however, suggests that interest in college basketball is waning. Unlike the NBA, the popularity of which is driven by stars whose personas evolve over years, most top college players play only one season before declaring for the NBA draft and, therefore, there are few familiar faces to draw in viewers. The proliferation of name, image and likeness opportunities could help provide exposure for top college athletes, who will be more inclined to build their brands on social media and through other off-the-court endeavors.