47% of voters support her Senate confirmation; 19% oppose it 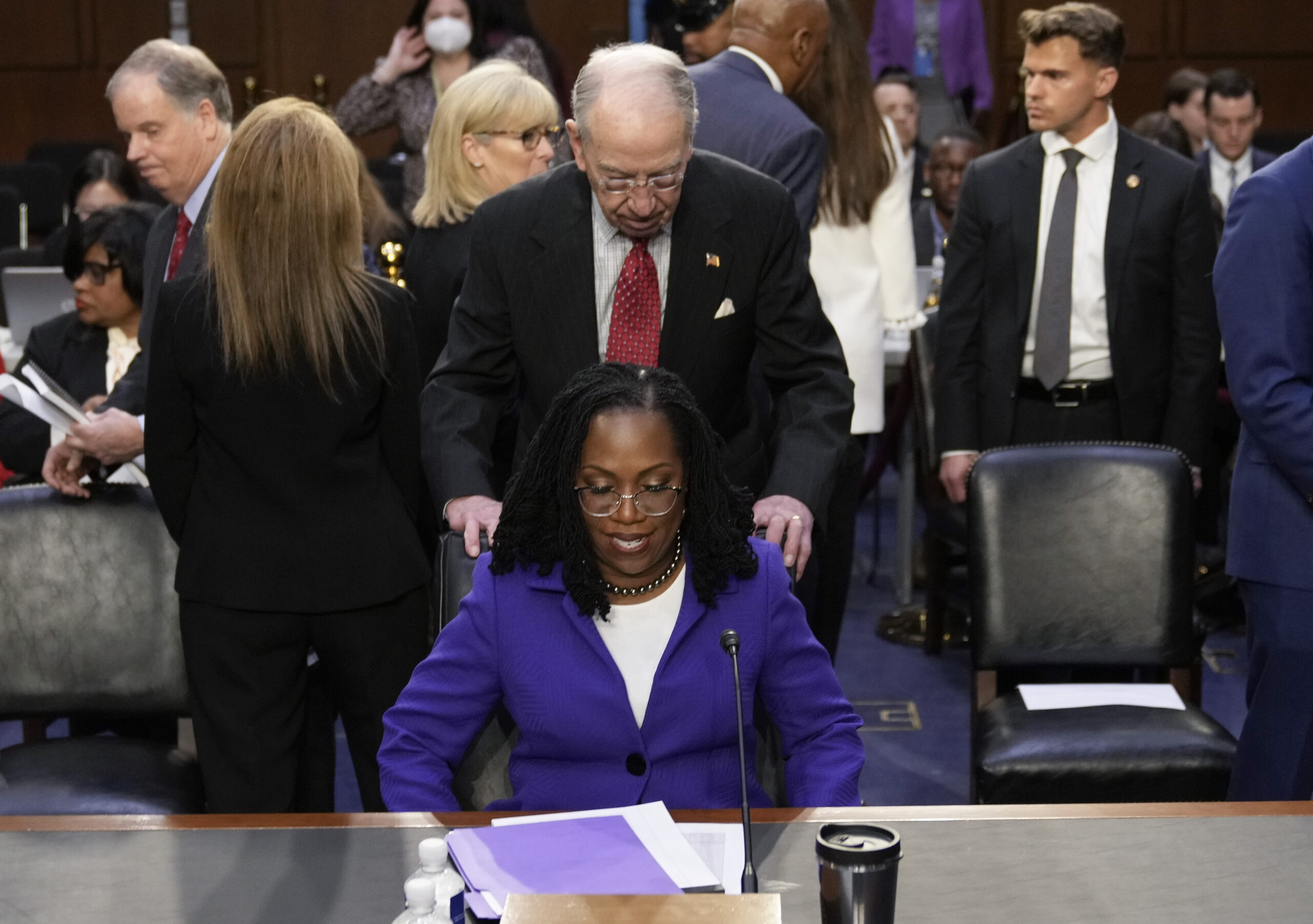 Judge Ketanji Brown Jackson has maintained her public support in advance of her time under the Senate’s microscope in her Supreme Court confirmation hearings this week, according to a new Morning Consult/Politico survey. 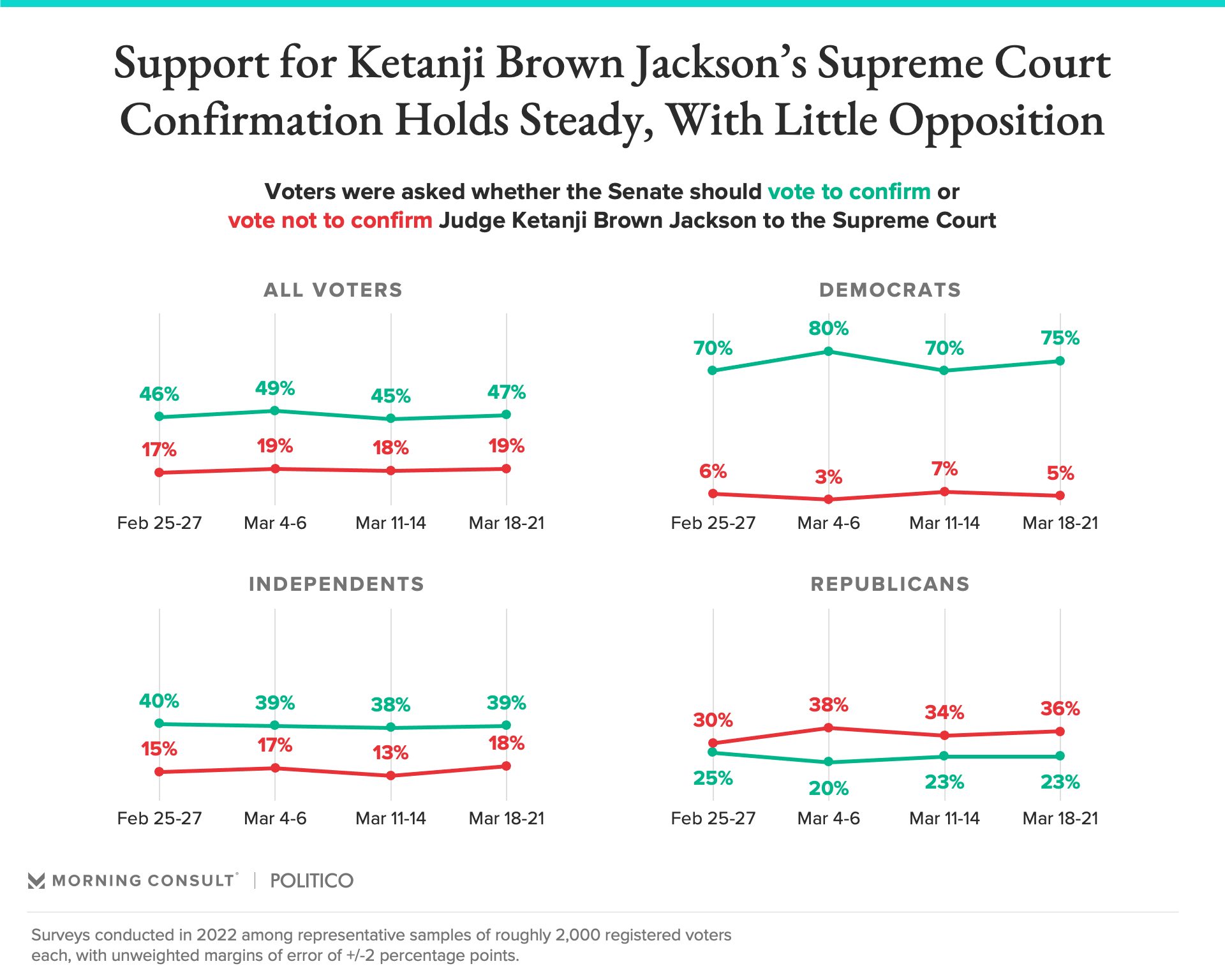 The latest survey, which was conducted before Jackson’s highest-profile week in the public square, provides a benchmark to help gauge whether her opponents can move the needle with their attacks on her suitability for the high court.

Some Republicans are expected to try to tarnish her standing with accusations that she’s soft on crime from her days as a public defender, and that’s been joined by the allegation from Sen. Josh Hawley (R-Mo.) that she was sympathetic to child-sex offenders in her judicial decisions.

Hawley’s charge, which garnered swift pushback from the White House and Senate Judiciary Committee Chair Dick Durbin (R-Ill.), had little salience with voters in advance of the hearing. Just 28 percent said they had seen, read or heard at least “some” about it, including 7 percent who said they had heard “a lot,” with little difference between Democrats and Republicans.