Europeans Are Soft on Sanctioning Russian Oil, but Not on E.U. Membership for Ukraine

Support for joining Washington-led oil sanctions is conditional, but majorities across four of Europe’s biggest economies back a Ukrainian bid for E.U. membership 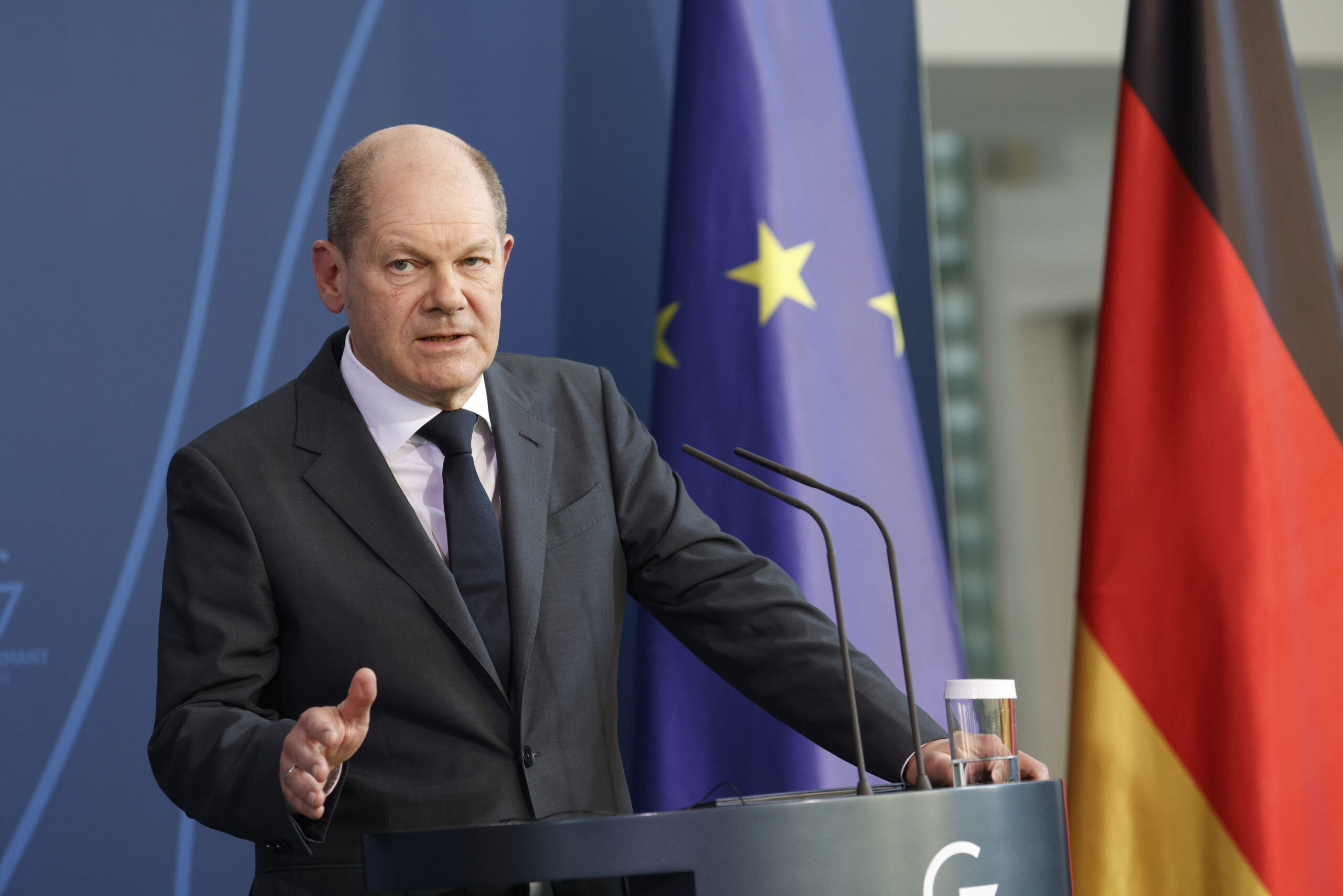 German Chancellor Olaf Scholz addresses the media during a joint statement at the Chancellery on Tuesday in Berlin. (Michele Tantussi - Pool / Getty Images)
By Alex Willemyns

As European leaders prove hesitant to follow the United States in sanctioning Russian oil and gas exports due to concerns about the potential economic damage to the energy-poor continent, Europeans themselves are only showing conditional backing for that type of response, according to a new Morning Consult survey.

U.K. Residents Most Likely to Back Sanctions on Russian Oil and Gas That Cause Inflation

After weeks of wavering over whether Germany would cancel the Nord Stream 2 gas pipeline to punish Russia if it invaded Ukraine, Chancellor Olaf Scholz surprised many observers by swiftly suspending the project once the invasion appeared inevitable. Soon after, the U.S. government went one step further and announced a complete ban on the import of Russian oil and gas.

Scholz has been more lukewarm to that idea, warning on Wednesday that the European Union risked “plunging our country and the whole of Europe into a recession” if it followed suit on the sanctions. But as U.S. President Joe Biden heads to Europe for a series of meetings on Thursday, pledging further sanctions against Moscow, the pressure will be mounting.

It’s a tough spot to be in for European leaders like Scholz, who saw his approval rating rise in the aftermath of the invasion before reversing downward weeks later, according to Morning Consult’s Global Leader Approval tracker.

Related: Europe Has Embraced Ukraine’s Struggle. But Without Long-Term Planning, It Could Become a Nightmare

The stakes of oil and gas sanctions are far higher across energy-poor Europe than for the United States. Germany, for instance, sources half of its gas and coal, plus a third of its oil, from Russia — a situation that Scholz has highlighted while also promising to “end the dependence.” Italy, which gets 40% of its gas from Russia, has also been actively trying to diversify its energy resources by turning to liquified natural gas.

Yet a quick fix is likely impossible without tearing a hole through Europe’s economy, which has been battered by the Ukraine crisis while still sending billions of euros to Russia for energy.

Between Feb. 23, the day before Russia invaded Ukraine, and Wednesday, consumer confidence in Germany plummeted from 78 to 66, according to Morning Consult’s Index of Consumer Sentiment. Consumer confidence in France dropped from 77 to 68, from 77 to 63 in Italy, from 85 to 67 in Spain and from 67 to 62 in the United Kingdom, where the government is also concerned about the costs of an E.U. ban on Russian oil and gas.

While the question of how best to punish Russia might be dividing Europe, there is much clearer support for another politically contentious issue: allowing Ukraine into the European Union.

The latest surveys were conducted March 16-18, 2022, among a representative sample of at least 998 adults in each country, with an unweighted margin of error of plus or minus 3 percentage points.