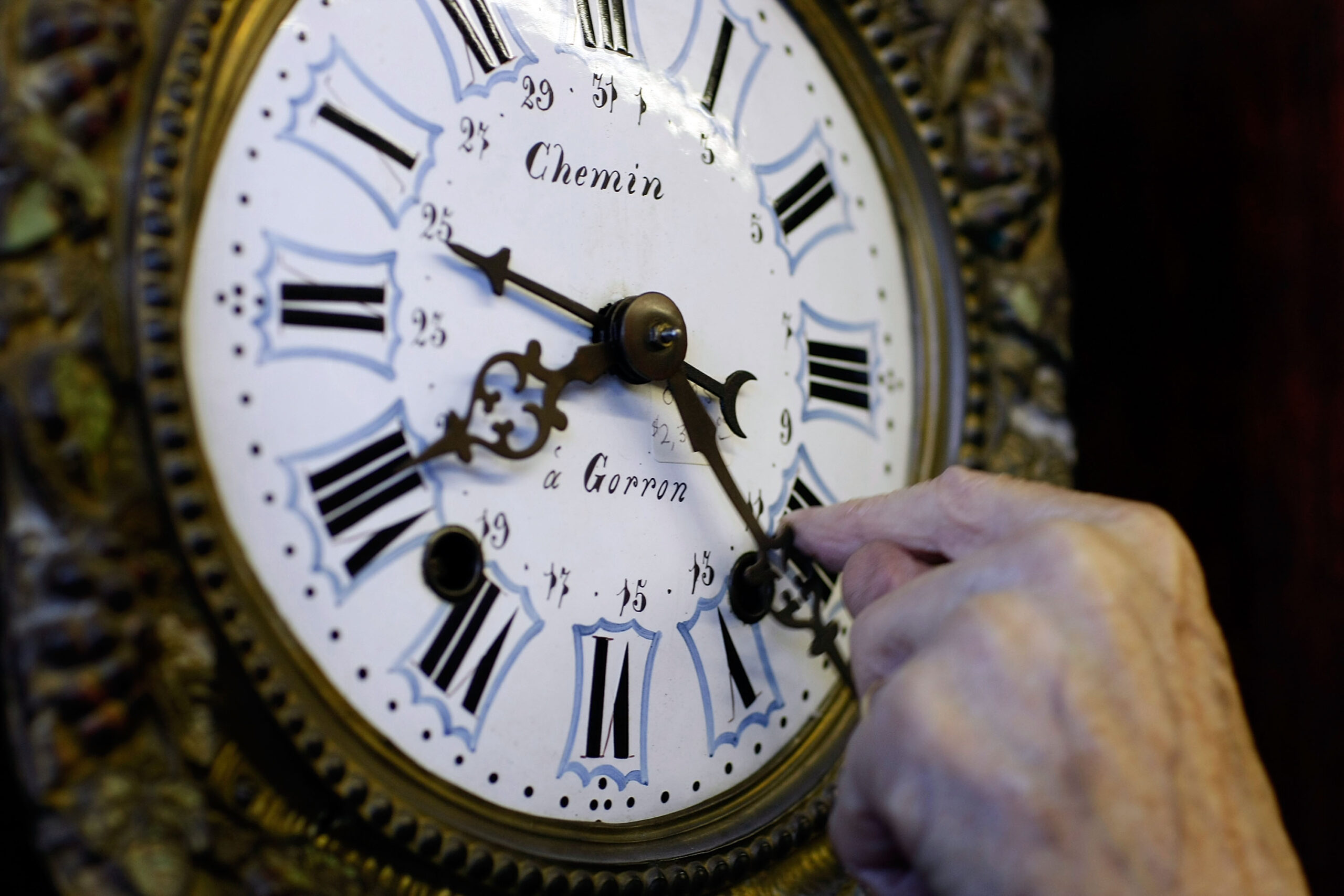 Howie Brown adjusts the time on a clock back one hour for the end of day light savings time at Brown's Old Time Clock Shop in 2007 in Plantation, Fla. (Joe Raedle/Getty Images)
By Eli Yokley

The Senate’s move to end America’s “spring forward” and “fall back” clock-changing has wide support among voters, according to a new Morning Consult/Politico survey — even among parents with children in school.

Survey conducted March 18-21, 2022, among a representative sample of 2,005 registered voters, with an unweighted margin of error of +/-2 percentage points. Figures may not add up to 100% due to rounding.

The Senate’s passage of legislation to “lock the clock,” as advocates have described it, via unanimous consent surprised most on Capitol Hill. BuzzFeed News reported that Sen. Tom Cotton (R-Ark.), described as an opponent of the measure, missed his chance to object because his staff didn’t inform him the bill was coming up for a vote.

The bill’s passage had relatively high salience for a congressional action. Seven in 10 voters said they had seen, read or heard “a lot” or “some” about the vote, more than the 53 percent who heard the same about passage of an omnibus appropriations package earlier this month to fund the government through September.

The measure’s path in the House is uncertain. Rep. Frank Pallone Jr. (D-N.J.), who chairs the House Energy and Commerce Committee, told The Washington Post the process could take months.