Voter Opposition to Jackson Ticks Up After Supreme Court Hearing 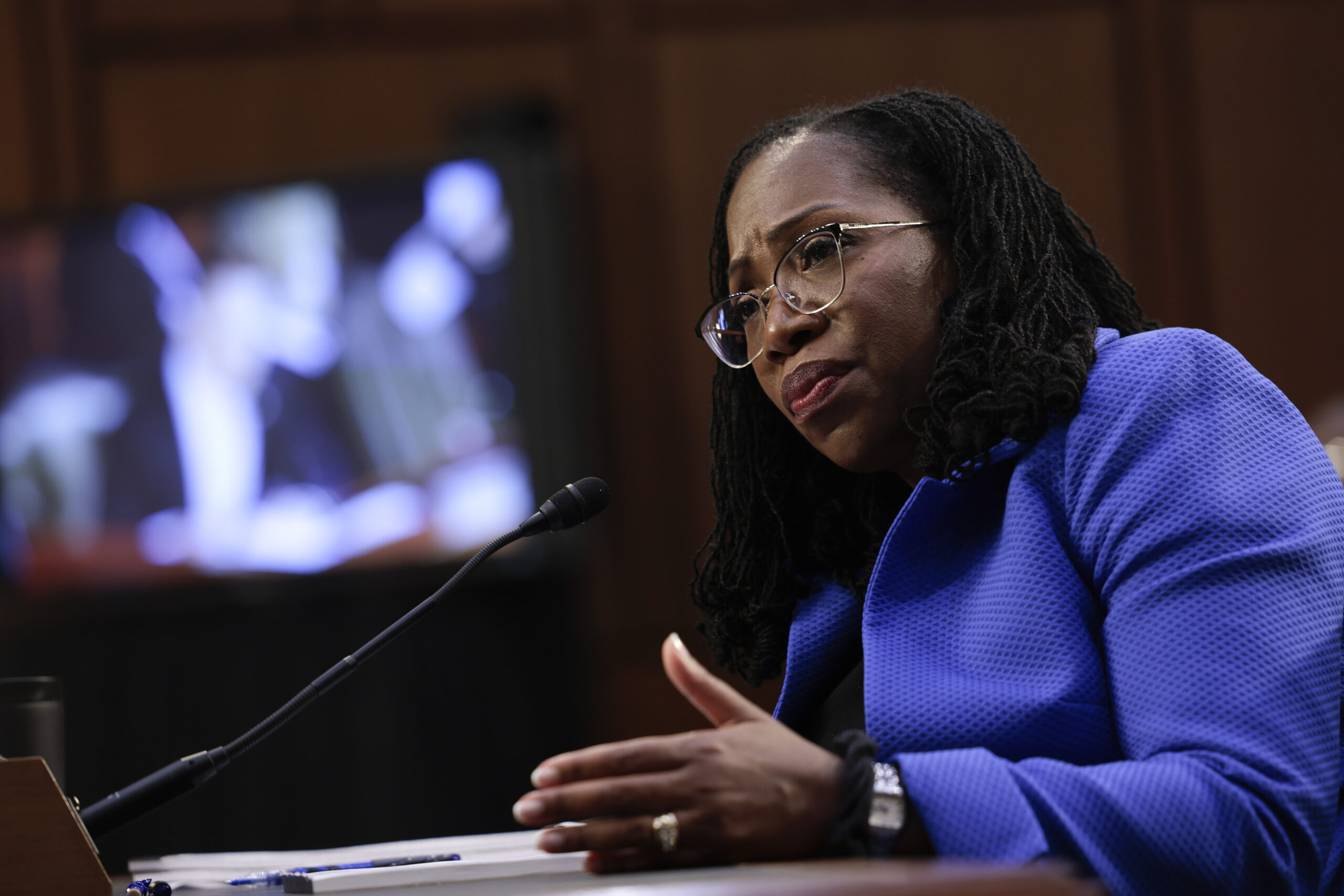 Judge Ketanji Brown Jackson appears to be bound for the Supreme Court after coming through last week’s four-day confirmation hearing relatively unscathed, but the latest Morning Consult/Politico survey suggests that some of the scrutiny she faced from Senate Republicans is resonating with conservatives. 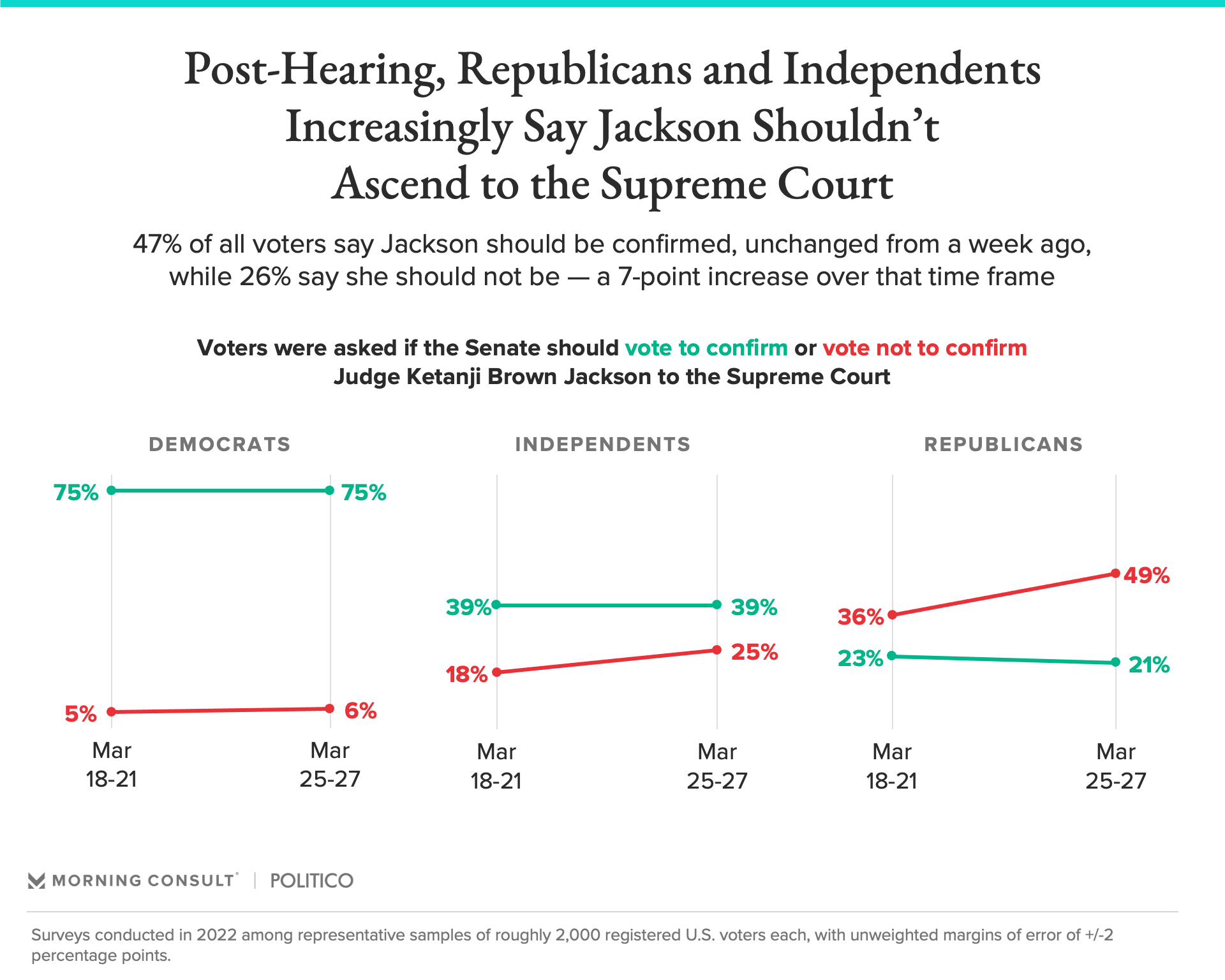 The numbers on Jackson’s nomination

Ahead of the hearing, there was little doubt that Jackson would be confirmed, and none of last week’s events did anything to change that. On Friday, Sen. Joe Manchin (D-W.Va.), who throughout this Congress has frustrated liberals by resisting their priorities, told reporters he will vote for Jackson, likely guaranteeing her confirmation.

For their part, Senate Republicans on the Judiciary Committee with presidential aspirations — such as Ted Cruz of Texas, Tom Cotton of Arkansas and Josh Hawley of Missouri — used their time to scrutinize her judicial record, especially on sentencing, to paint her as insufficiently tough on crime. Jackson was also asked to weigh in on hot-button cultural topics by Cruz and Sen. Marsha Blackburn (R-Tenn.), who asked her to provide a definition of the word “woman.”

Those lines of questioning toward the nation’s first Black female Supreme Court nominee prompted a range of criticism about Republicans’ conduct, and the latest survey found that Jackson came across well with the 68% of the U.S. electorate who said they had heard “a lot” or “some” about the hearing. Those voters were also divided about the performance of the committee’s Republicans. 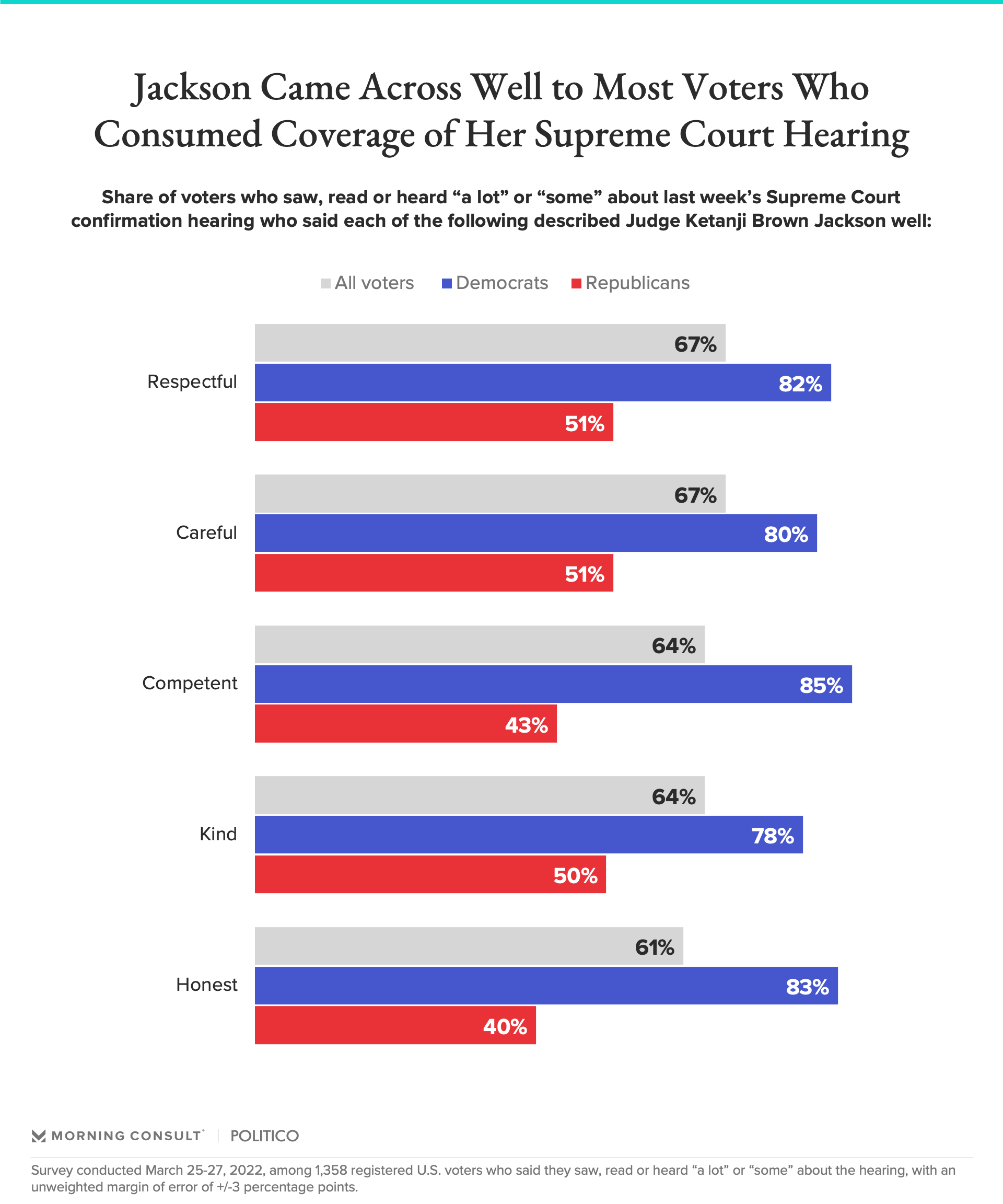