By a 14-point margin, voters trust Republicans in Congress over Democrats to handle the rising cost of goods 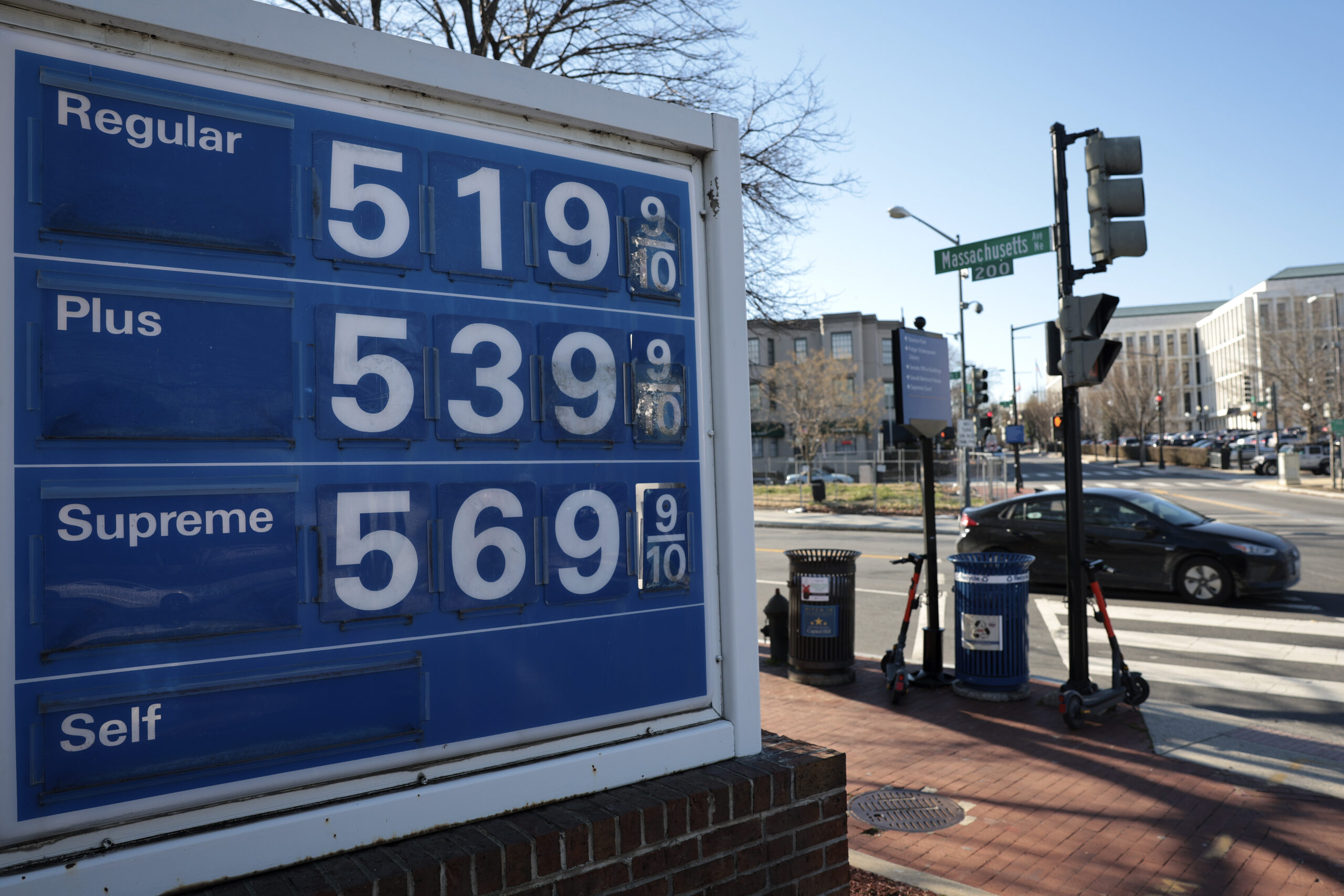 Prices for gas at an Exxon gas station on Capitol Hill are seen on March 14 in Washington, D.C. (Win McNamee/Getty Images)
By Eli Yokley

A top House Republican said the solution to inflation is to stop electing Democrats, and a new Morning Consult/Politico survey suggests that ahead of the midterm elections, voters are more likely than not to agree with him.

Voters were asked whether they trust Democrats or Republicans in Congress more to handle the following:

Survey conducted March 25-27, 2022, among a representative sample of 2,006 registered voters, with an unweighted margin of error of +/-2 percentage points. Figures may not add up to 100% due to rounding.

Whom voters trust to handle inflation

At the annual House Republican Conference retreat last week in Florida, Minority Leader Kevin McCarthy (R-Calif.) posted a Twitter video with Rep. Patrick McHenry, who is leading the conference’s policy task force on economic issues. The North Carolina Republican said the Democrats want to “spend their way out of this,” and offered his own prescription.

“What we need is sound money principals, fiscal discipline, and stop electing Democrats – that’s how we target inflation,” McHenry said.

Republicans in Congress have held an advantage over Democrats on economic trust since June 2021, as voters began to feel heightened inflation at the gas pump and grocery stores. That edge has only grown over the past nine months as prices have increased and the share of voters who view the economy as their top issue has reached 40%.

Democrats do have a popular policy remedy that could help tamp down on some of the financial strain facing Americans. According to a Morning Consult/Politico survey conducted over the past two months, roughly 7 in 10 voters would support a temporary break from federal gas taxes. But that measure – pushed by a number of vulnerable Democrats – is stalled on Capitol Hill given concerns from Democratic leaders that oil companies might not pass the break on to consumers.