Half of Democrats are divided over the presidential calendar; the other half is unsure 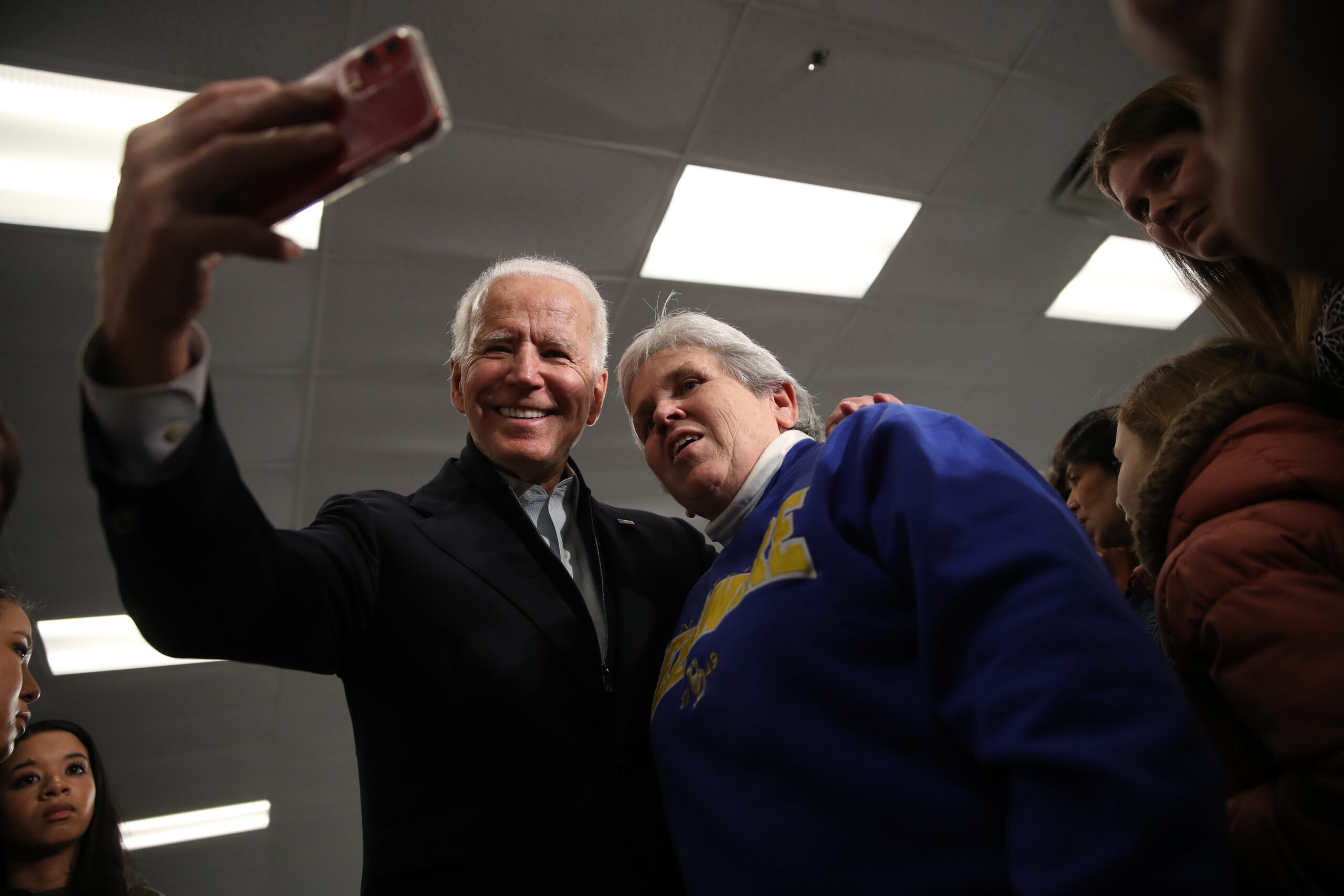 President Joe Biden takes a selfie with a voter during a New Hampshire campaign event in February 2020. (Justin Sullivan/Getty Images)
By Eli Yokley

Members of the Democratic National Committee are considering changes to the rules that place Iowa and New Hampshire at the front of the presidential nomination calendar amid mounting progressive criticism that the two overwhelmingly white states should not play such an outsize role in setting the narrative. A new Morning Consult/Politico survey suggests those critics have some way to go in convincing the party’s base to crank up the pressure, though there’s plenty of room for persuasion. 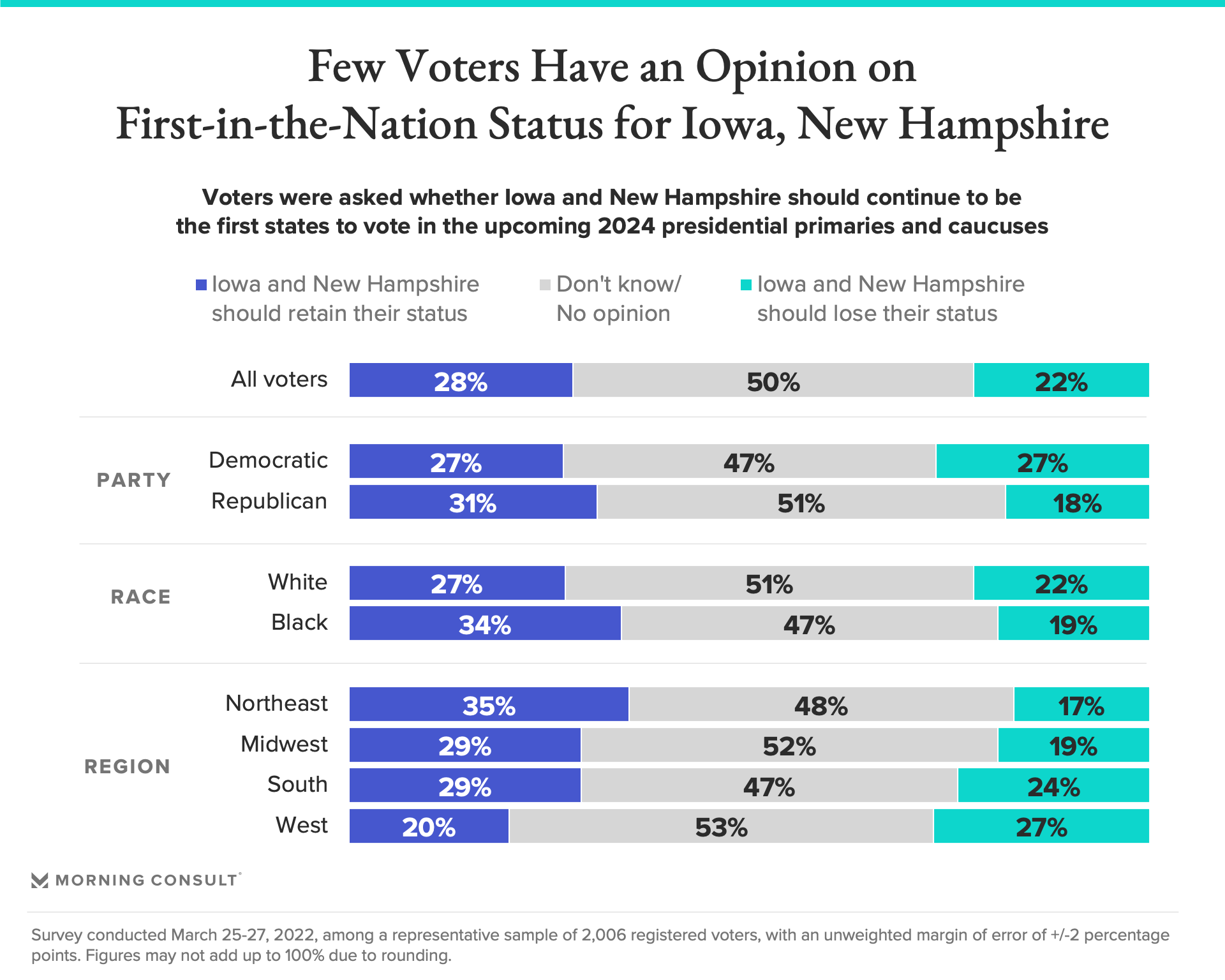 The Republican National Committee appears unlikely to change its rules that give Iowa voters the first say, but the Democratic National Committee has come much closer to potentially overhauling their process after a messy process confirming the 2020 presidential caucus winner, Sen. Bernie Sanders (I-Vt.).

Members of the Democratic National Committee’s Rules and Bylaws Committee met Monday to discuss a draft proposal to remake its 2024 nominating contest to prioritize battleground states that hold primaries rather than caucuses. They are set to meet again next month.