To Win Over India, Washington Needs to Embrace Its Demands for Independence

After visits from the foreign ministers of China and Russia, the U.S. secretaries of State and Defense head to India on April 11 — but experts say not to expect quick change from New Delhi 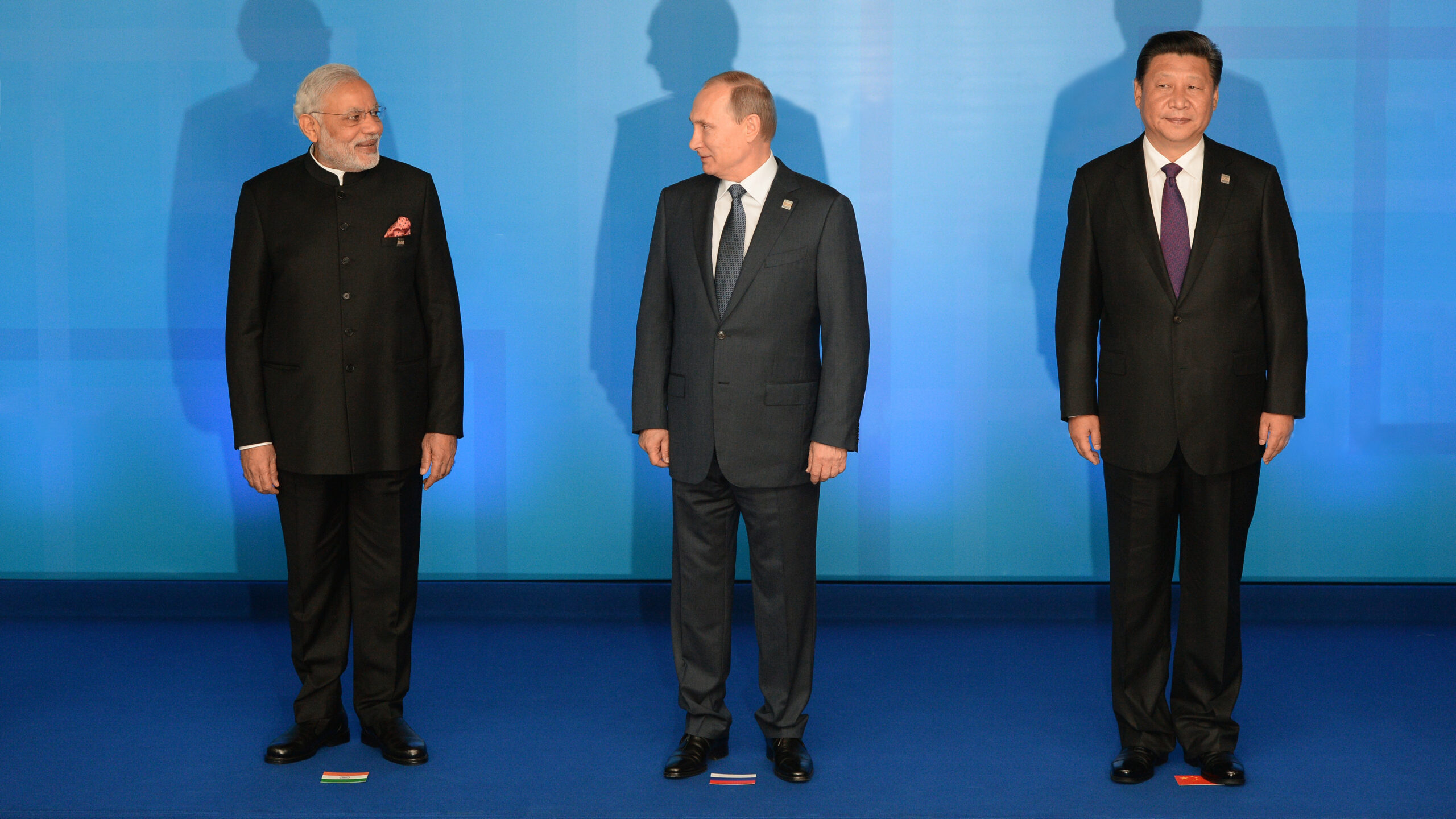 This article is part of a series exploring how Russia’s invasion of Ukraine is altering its relationships with its relatively few allies. See our deep dives on the implications for Iran and China.

The world’s great democracies have come together to denounce Russia’s invasion of Ukraine — with one notable exception in India, the largest democracy in human history. But instead of censure, India’s fence-sitting has Washington dispatching two top officials to New Delhi as Beijing and Moscow complicate U.S. plans for long-term influence in South Asia.

U.S. Secretary of State Antony Blinken and Defense Secretary Lloyd Austin head to India next week amid a drastic shift in global views on Moscow, a longtime friend to New Delhi.

Russia’s Good Standing in India Has Sunk Since It Invaded Ukraine. But America Has Taken a Hit, Too

Each data point reflects a 30-day moving average of a representative sample of at least 1,729 adults in India, with an unweighted margin of error of +/-2 percentage points. Surveys conducted in Hindi and English.

Indians are no less susceptible to the horrifying images coming out of Ukraine than anyone else, and Russia’s reputation is on the downturn since the Feb. 24 invasion, with its favorability rating dropping from 69% to 52% and the share with unfavorable views almost tripling, from 12% to 30%. But the United States’ already superior standing has not improved among Indians either, and the overwhelmingly negative image of China in fact improved slightly.

John Schaus, a senior fellow at the Center for Strategic and International Studies and a former staffer at the Defense Department’s Office of Asian and Pacific Security Affairs, said the trends surprised him given India’s historical relations with each of those countries.

“India has long-standing ties with Russia across a whole range of sectors, defense being the most prominent, which one might anticipate would lend a stronger ballast in the relationship than a nearly 40-point drop would suggest,” Schaus said.

Yet the Indian government’s actions since the invasion have not matched the dramatic shift in popular opinion in the country. Rather than condemning Moscow, India has refrained from criticism of the invasion and instead agreed to set up a ruble-rupee exchange system to facilitate continued purchases of oil and weapons from Russia to skirt U.S. sanctions.

Prime Minister Narendra Modi’s government has also ignored Western-led efforts to single out Beijing for its support of Russia, and agreed to a visit from Chinese Foreign Minister Wang Yi on March 24 and 25 — the first high-level meeting in three years, with both sides agreeing to speed up resolution of heated border issues. That was followed by another high-profile visit from Russian Foreign Minister Sergei Lavrov on March 30.

Related: Despite Friction Over the Nuclear Deal, Iran Is Sticking By an Unpopular Russia — for Now

New Delhi on a tightrope

Knowing which balls India has in the air could help Washington figure out which new ones to toss over when  Blinken and Austin head to India next week, as they seek closer ties from the Quad’s least fervent member.

“Russia supplies something like 70% of India’s international defense articles right now — weapons it actually needs if it’s going to have a credible deterrent force against Pakistan or China,” said Schaus. “It can’t alienate Russia and cut them off.”

But it’s about more than arms.

In many ways, India’s calculus now resembles that of German statesman Otto von Bismarck’s goal of maintaining closer relations with potential rivals than they each have with the other. Geopolitically speaking, India can ill afford a weakened and isolated Russia.

From India’s perspective, buying weapons and oil and keeping mum at international fora when Russia is up for censure helps prevent Russia from becoming totally dependent on China for economic and political support — a situation that would put one of India’s key historical benefactors in the pocket of one of its main regional rivals.

That makes it hard to see where Blinken and Austin can prod Modi’s government. Meanwhile, offering to supplant Russia’s patronage could lead to its own unintended consequences. Directly bolstering India’s defense capacity, for instance, could drive Pakistan and Beijing closer together, as Islamabad seeks security and Beijing a counterbalance.

“India would not do anything that could potentially drive China and Russia or China and Pakistan closer together,” said Zongyuan Zoe Liu, a political economist at Texas A&M’s Bush School of Government and Public Service, describing the situation as a catch-22. “There is probably nothing that the U.S. can potentially do to bring India closer, because doing so would make it extremely difficult to balance its relationships with its neighbors.”

India’s geopolitical position presents difficulties for the United States, but the door is not completely closed to progress next week.

“There’s a clear sense that the geostrategic landscape is shifting around India and India has to adapt itself to that environment,” said Schaus. “Frankly, New Delhi is looking for opportunities to shape that environment in ways that are favorable to India.”

One path forward for the U.S. delegation could be to help India set the foundations necessary to build its own weapons, which would have little immediate impact but could do much to free New Delhi’s hand in future global crises.

“Blinken and Austin can help modernize India’s defense industrial base; that will help reduce India’s current dependence on Russian weapons supplies and over the longer term improve India’s ability to cope with the China threat and contribute to Indo-Pacific security,” Mohan said.

And while Wang’s productive recent visit might indicate an appetite in New Delhi for easing tensions with Beijing, systemic barriers to better relations remain, according to Akhil Bery, the Washington-based director of South Asia Initiatives at the Asia Society Policy Institute.

“China has made inroads into India’s neighborhood, threatening India’s interests, while also deepening its relationship with Pakistan,” Bery said. “A short-term rapprochement is not likely to deviate India from the current path it is on, and even if there is some rapprochement, I don’t foresee India turning away from the Quad.”

But Schaus noted that India would always keep the door ajar for China, as it does for Russia, due to Beijing’s deep pockets and the extensive trade opportunities it provides — offering a lesson to Blinken and Austin.

“If the U.S. really were to become a viable both investment and outbound export partner, I think India would have all sorts of time for them,” he said.

Related: Xi Put ‘No Limits’ on China’s Support for Russia. He Might Be Regretting That
Asia Oil and Gas Russia-Ukraine Conflict U.S. and Russia