Ending Title 42 Is Biden’s Most Unpopular Move Yet 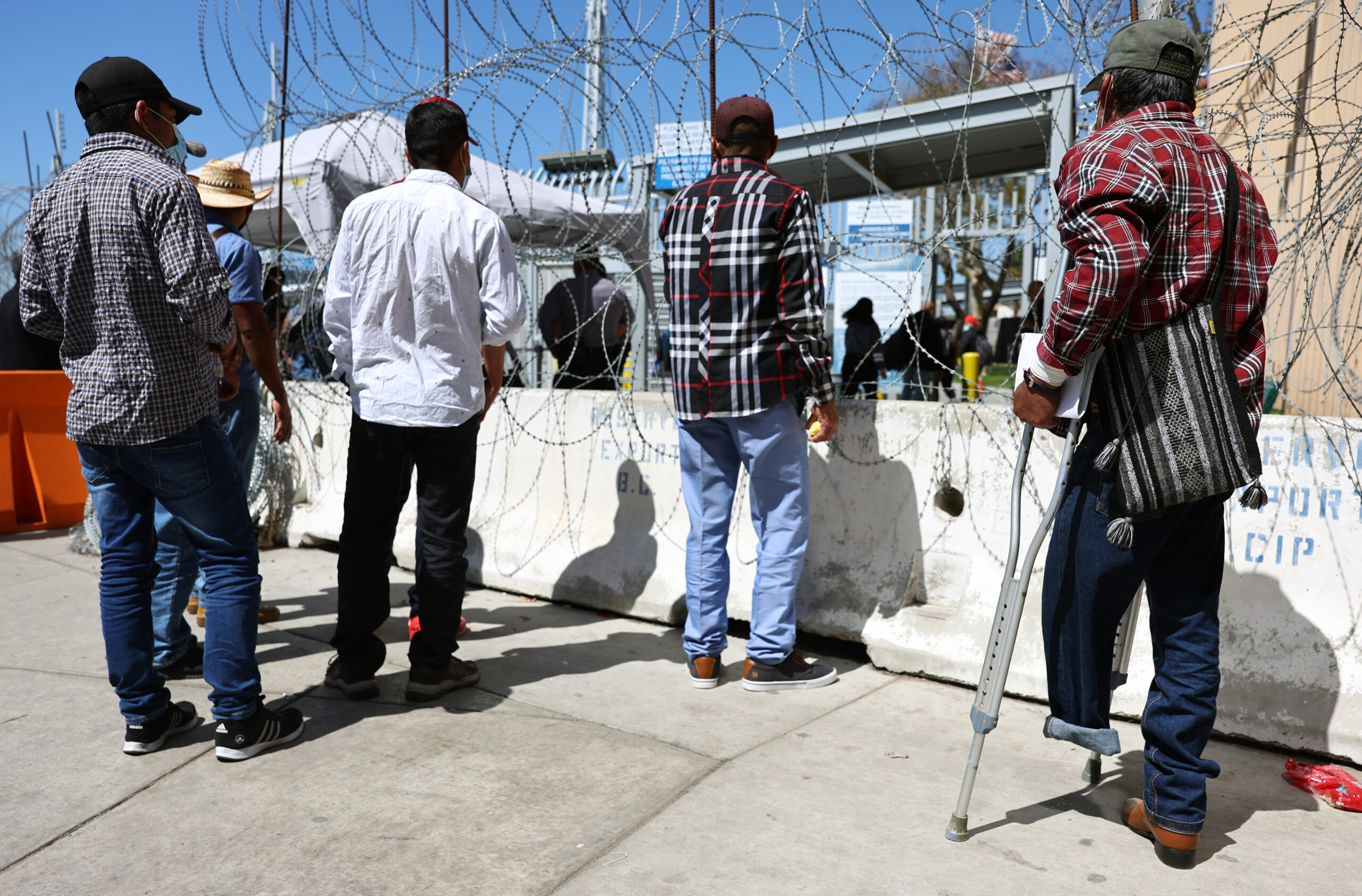 An asylum seeker from Mexico, right, waits outside the San Ysidro Port of Entry in Tijuana, Mexico, which he was trying to cross to plead for asylum in the United States, on March 22. (Mario Tama/Getty Images)
By Cameron Easley

Republicans were eager to seize on the Biden administration’s announcement last week that it will curtail the Title 42 public health measure that has allowed the United States to swiftly expel nearly 2 million migrants at the U.S.-Mexico border over the past two years, and a new Morning Consult/Politico survey shows why: It’s this administration’s most unpopular decision so far.

*Voters were told that the border controls were put in place to slow the spread of COVID-19 and enabled the United States to quickly expel migrants seeking to enter the country for protection.
Survey conducted April 1-4, 2022, among a representative sample of 2,003 registered U.S. voters, with an unweighted margin of error of +/-2 percentage points. Figures may not add up to 100% due to rounding.

Why immigration is a big problem for Biden

The findings provide just the latest example of the political difficulties immigration poses to the Biden administration.

From day one, Morning Consult survey data has shown Biden’s executive actions on immigration to be his most unpopular, and even when the president was enjoying favorable approval ratings early on, voters tended to disapprove of his handling of the issue. For example, a March 2021 survey found that just 40% of voters approved of Biden’s immigration handling, 18 percentage points lower than his overall approval rating at the time.

With the political environment now in a much more dire state for Democrats due to persistent inflation, immigration threatens to transform the upcoming midterm elections from a defeat into a catastrophe. Among 14 issues tracked on a biweekly basis, the latest survey found that 55% of voters disapprove of Biden’s handling of immigration — a figure only exceeded by the 57% who disapprove of his handling of the economy.

Nearly 4 in 5 Republicans (77%) strongly disapprove of Biden’s tack on immigration, as do 39% of independents, ranking it among the two worst issues for both groups along with the economy. Immigration is also a source of consternation for Biden’s base: The 66% of Democrats who approve of his handling of it is the second-smallest share after gun policy, and among that share, 44% only somewhat approve of his handling there.

With Title 42 set to expire on May 23 and Department of Homeland Security officials expecting an influx of migrants at the U.S.-Mexico border in the coming months, immigration looks set to feature heavily in the media cycle during the fight for Congress.