Mike Krzyzewski, the newly retired head coach of the Duke men’s basketball team, finished in a tie for sixth 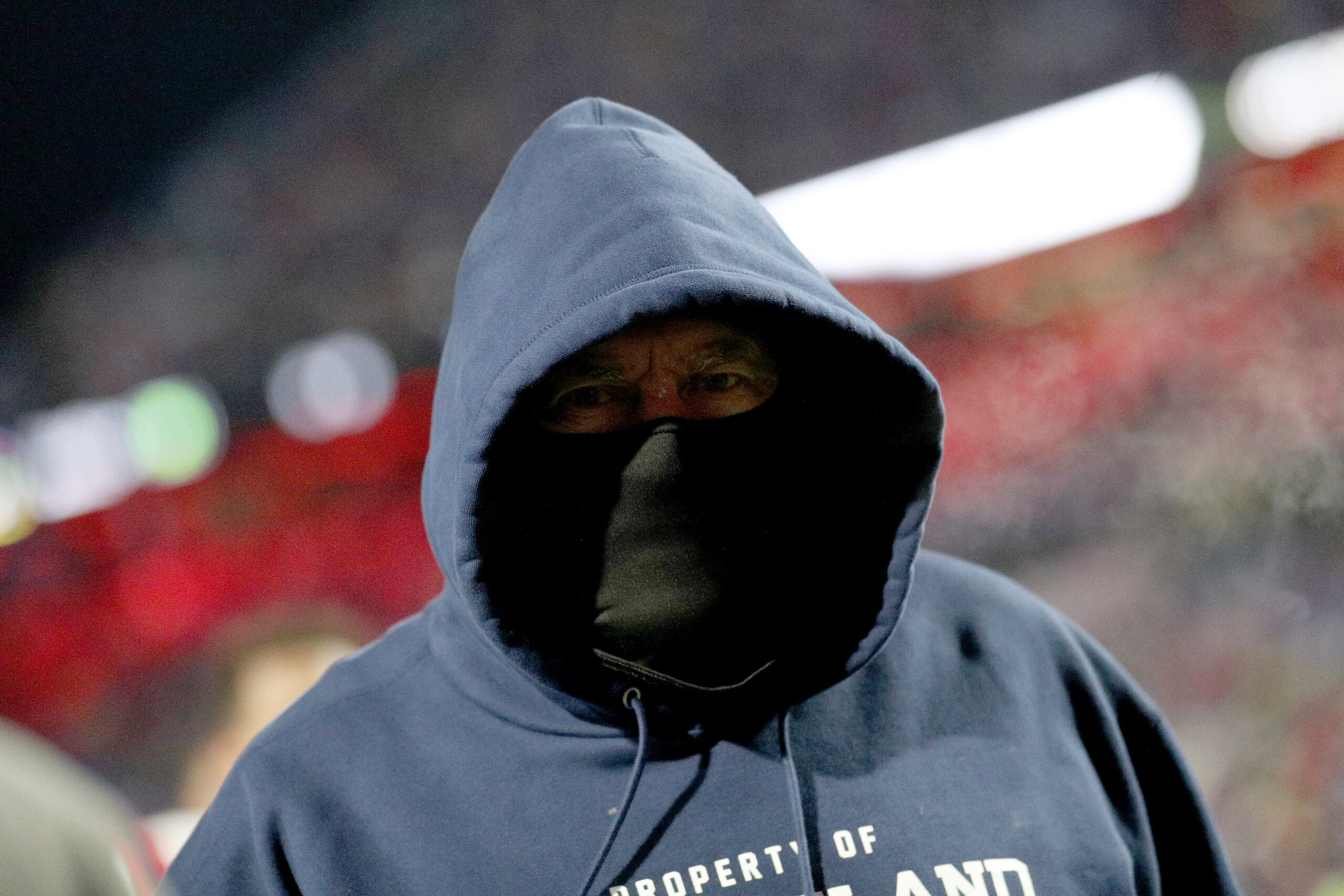 Patriots head coach Bill Belichick is enthused to be named the best coach of all time in a recent Morning Consult survey. (Photo by Bryan M. Bennett/Getty Images)
By Mark J. Burns

NFL Hall of Famer Vince Lombardi, the namesake of the Super Bowl trophy, won five NFL championships with the Green Bay Packers during a seven-year stretch in the 1960s. Decades later, Bill Belichick has etched his name on the Lombardi Trophy six times as head coach of the New England Patriots.

A recent Morning Consult survey asked respondents to write in whom they consider the greatest sports coach of all time, and Americans said Lombardi and Belichick are tied at the top.

Don’t know/no opinion/unintelligible responses not included. Active coaches are shown in dark blue.
Survey conducted April 5-6, 2022, among a representative sample of 2,209 U.S. adults, including 1,396 respondents who wrote in whom they consider the greatest sports coach of all time.

Of the survey’s top 15 sports coaches ever, 10 names are connected to football, either in the pro ranks or collegiately, while five are tied to basketball. The NFL, and football more broadly, dominates the American sports news cycle throughout the year. The NFL accounted for nine of the top 10 telecasts through March, with the lone outlier being President Joe Biden’s State of the Union address on March 1.

The MLB and NHL, meanwhile, failed to place any coaches in the top 15 (ex-New York Yankees manager Joe Torre and veteran NHL head coach Scotty Bowman performed best in their respective leagues, at No. 18 and 29, respectively) — an outcome symbolic of their relative struggles to attract large audiences.

The survey was conducted April 5-6, 2022, among a representative sample of 2,209 U.S. adults, including 1,396 respondents who wrote in whom they consider the greatest sports coach of all time.