In the Metaverse, Live Concerts Hold More Appeal Than Live Sports and Shopping

45% of all adults would listen to live music in a virtual world, as would 56% of Gen Z and 61% of millennials

INTO THE METAVERSE: WHAT INTERESTS AND WORRIES CONSUMERS ABOUT THE NEW VR VENTURE

A new special report from Morning Consult explores the public’s interest in and concerns around the metaverse, as Meta Platforms Inc. and others ramp up work on the virtual reality platform. The data is drawn from a survey of 4,420 U.S. adults. Other stories in the series: Companies Are Set to Spend Billions on the Metaverse in the Next Decade. These Are the Groups They Should Target | Nothing Concerns the Public More About the Metaverse Than the Misuse of Their Personal Data | All metaverse coverage

As companies look to ramp up their entertainment offerings in the metaverse, adults appear most enthused about virtually attending live concerts, ahead of going to live sporting events and shopping in the virtual reality world, according to a Morning Consult survey. 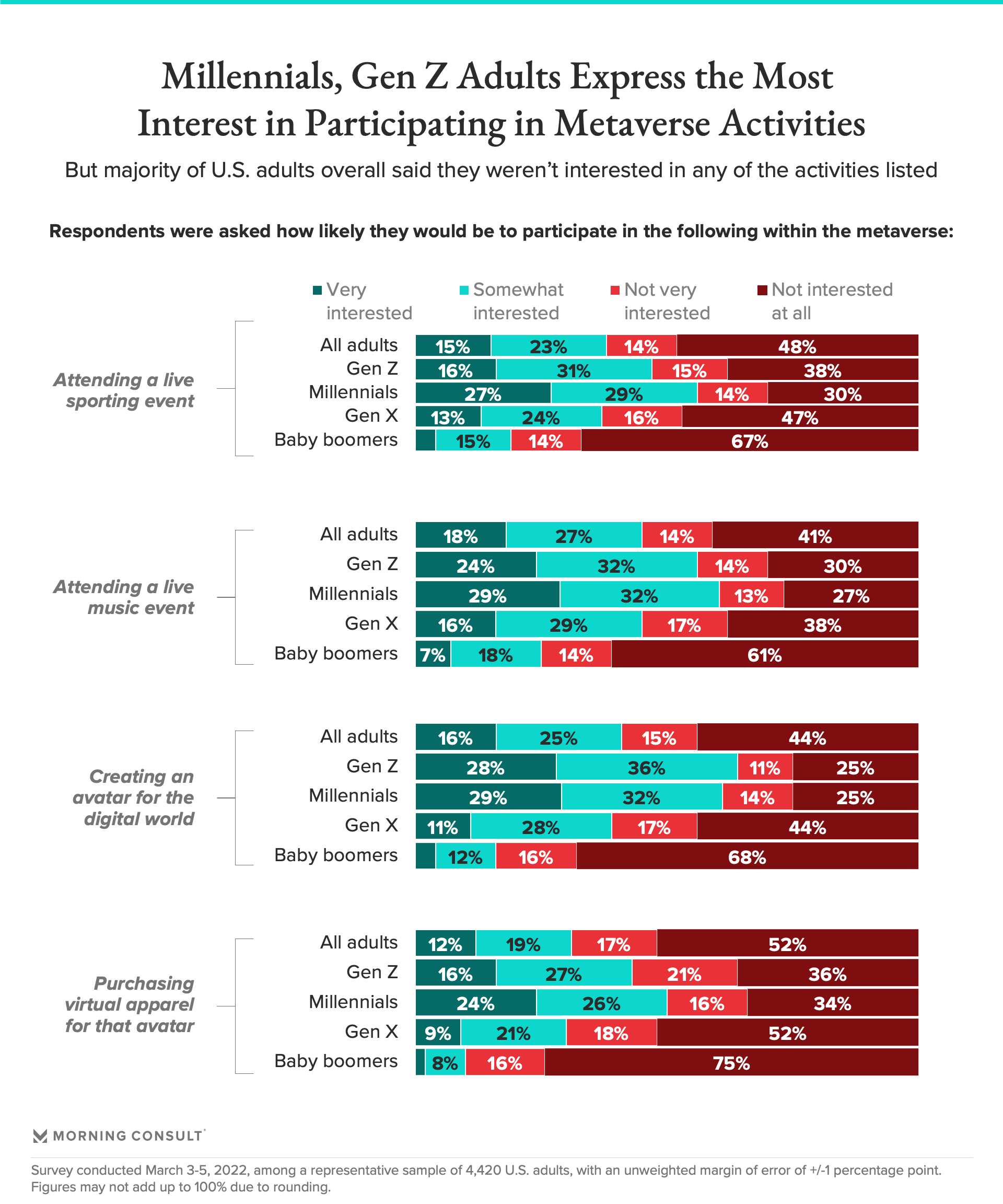 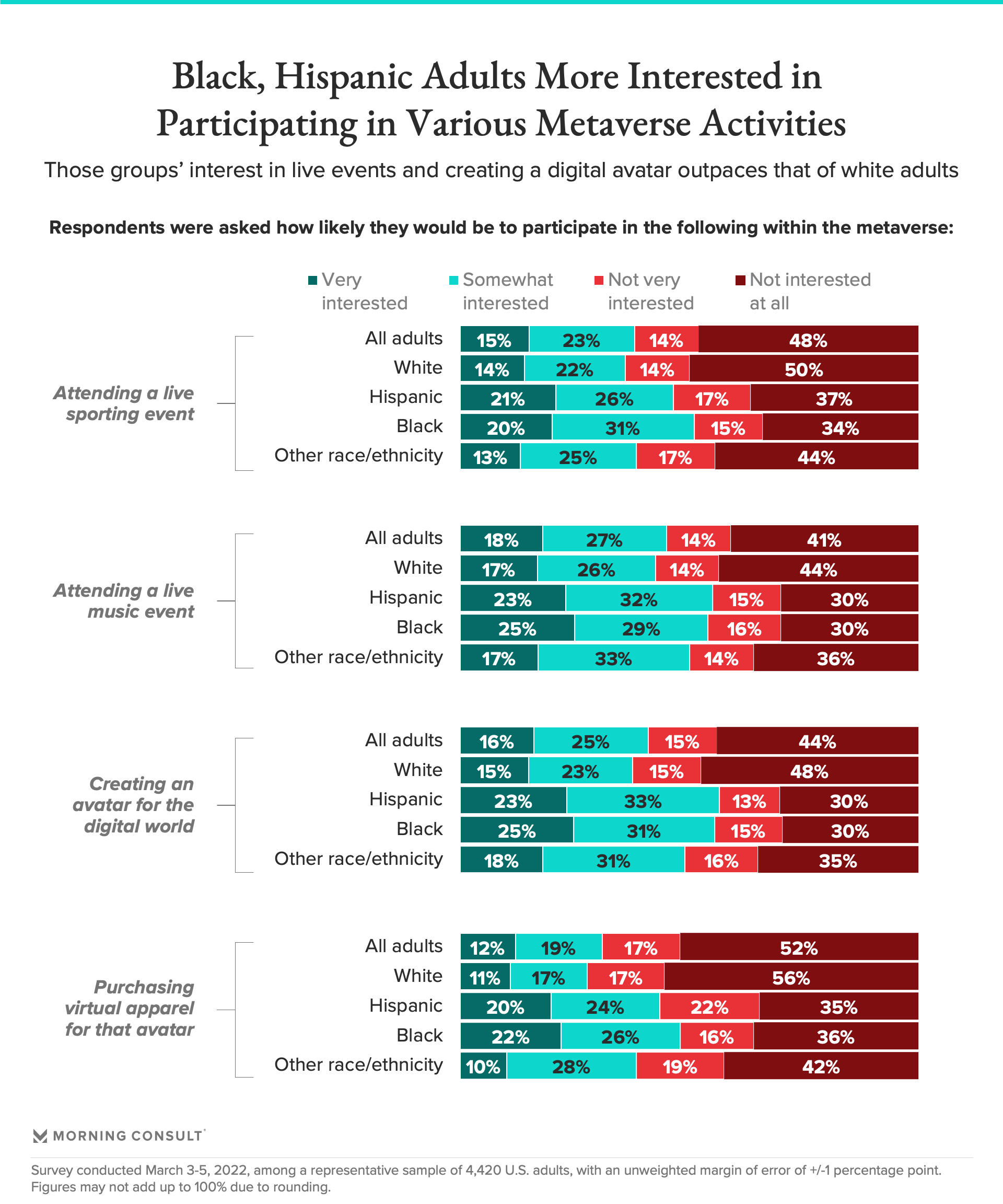 Related: Companies Are Set to Spend Billions on the Metaverse in the Next Decade. These Are the Groups They Should Target

In an open letter announcing Meta Platforms Inc.’s rebrand and focus on the metaverse, Chief Executive Mark Zuckerberg said the ability to experience all manner of events in the metaverse will “open up more opportunity no matter where you live.” Meta did not respond to requests for further comment.

There is already evidence that companies are moving in the direction of letting fans experience live events in the metaverse. Sony Group Corp. announced a deal with Manchester City Football Club in the United Kingdom to become its “official virtual fan engagement partner,” an effort the company said will include the creation of a “global online fan community” and a virtual rendering of the club’s Etihad Stadium.

Those efforts have already prompted debate over whether those experiencing sports in the metaverse are “real fans.”

Some artists have already shown a way forward for live music events in the metaverse. Both Travis Scott and Ariana Grande have performed in Epic Games Inc.’s Fortnite video game, although Meta tried something similar late last year and saw little uptake.

The March 3-5, 2022, survey was conducted among a representative sample of 4,420 adults, with an unweighted margin of error of plus or minus 1 percentage point.

Related: Nothing Concerns the Public More About the Metaverse Than the Misuse of Their Personal Data
Concerts Fandom Metaverse