53% of voters support the student loan payment pause through August 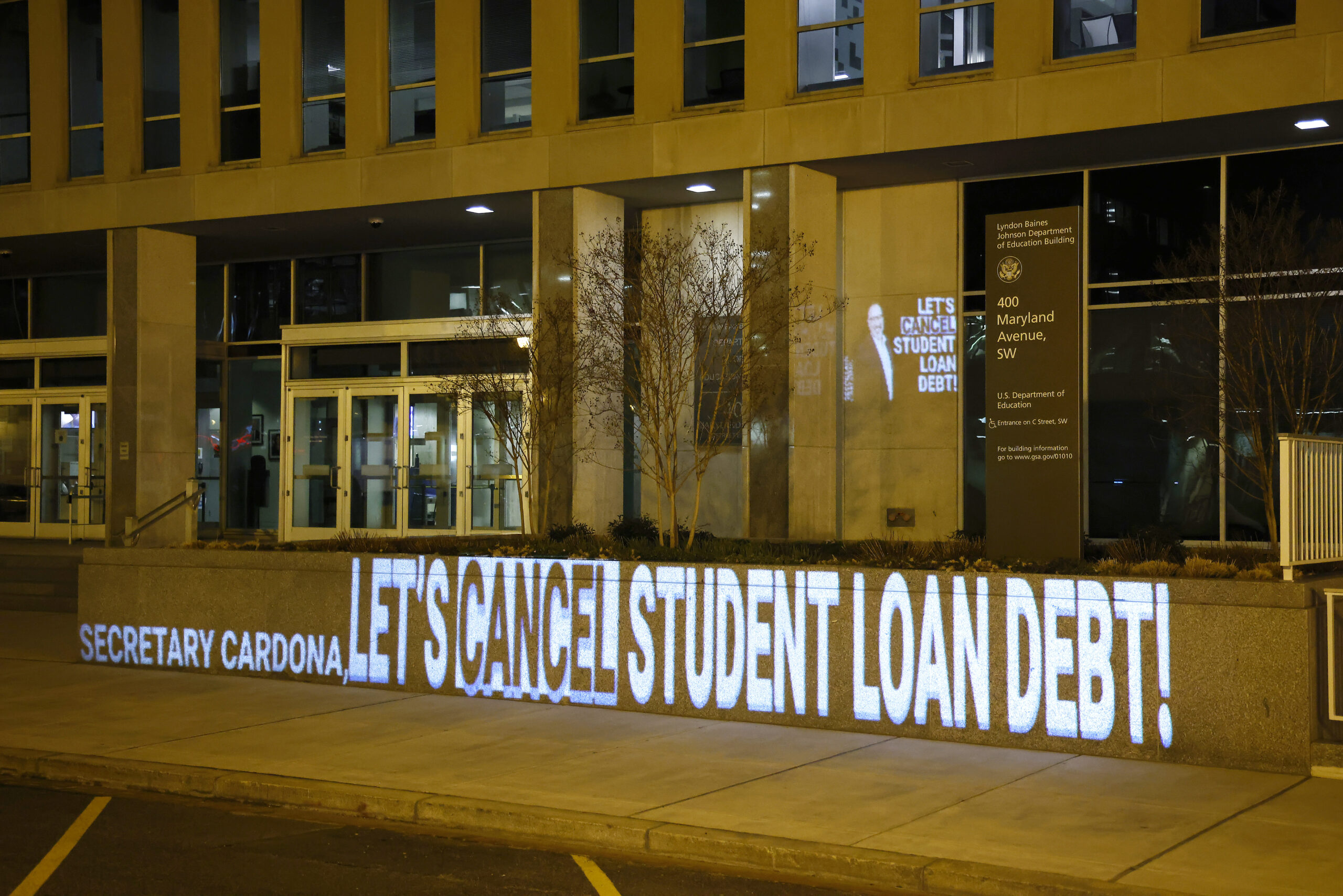 We, The 45M, use signs and projections outside of the U.S. Department of Education on March 14 to celebrate the pause and ask Education Secretary Cardona to cancel student debt. (Paul Morigi/Getty Images for We The 45 Million)
By Eli Yokley

The majority of voters support the Biden administration’s extended pause on federal student loan payments through August, according to a new Morning Consult/Politico survey. But it’s not apparent the decision is offering Democrats a boost among voters who owe loan payments, who are less likely to approve of Biden’s job performance or support a Democratic congressional candidate than they were six months ago.

Voters were asked whether they support or oppose the suspension of monthly payments and interest for federal student loans until Aug. 31

Survey conducted April 8-11, 2022, among a representative sample of 2,005 registered voters, with an unweighted margin of error of +/-2 percentage points. Figures may not add up to 100% due to rounding.

Where Americans stand on extending the student loan payment moratorium

Biden has faced consistent pressure from prominent Democrats such as Senate Majority Leader Chuck Schumer (D-N.Y) and Sen. Elizabeth Warren (D-Mass.) to use executive authority to all-out cancel up to $50,000 in student loans owed by federal borrowers.

Less than 1 in 4 voters (23%) say passing a bill to provide relief to Americans with student loan debt should be a “top priority” for Congress, with the youngest voters most likely to hold that view. But among the 1 in 5 voters who reported having student loan debt, 47% say relief should be a top priority — and Democrats could use some shoring up with this segment of the electorate. 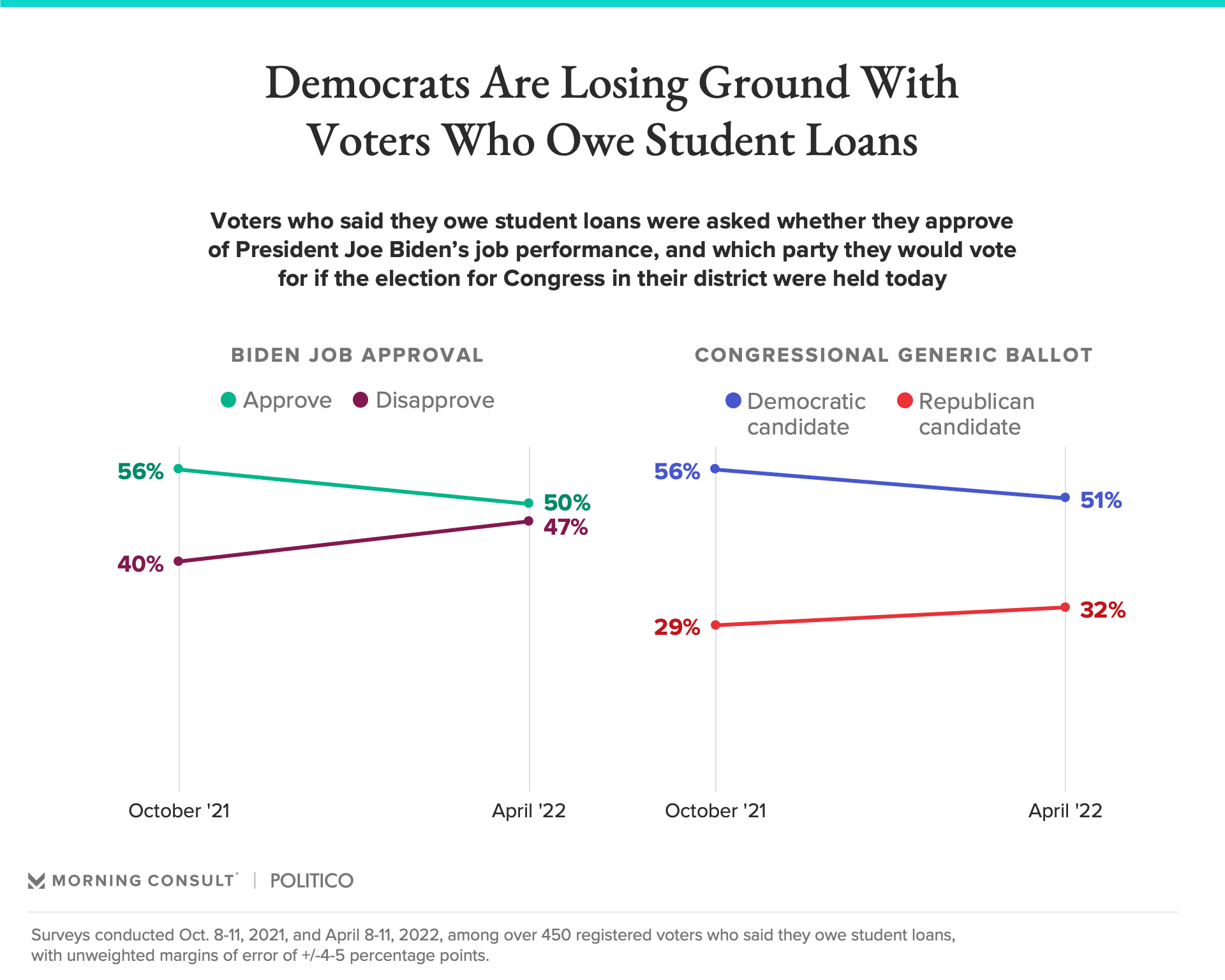