Congress Took Funding for Global COVID-19 Vaccinations Off the Table. More Than Half of Voters Say It Should Be a Priority

Voters more likely to back funding for U.S. vaccinations than those overseas 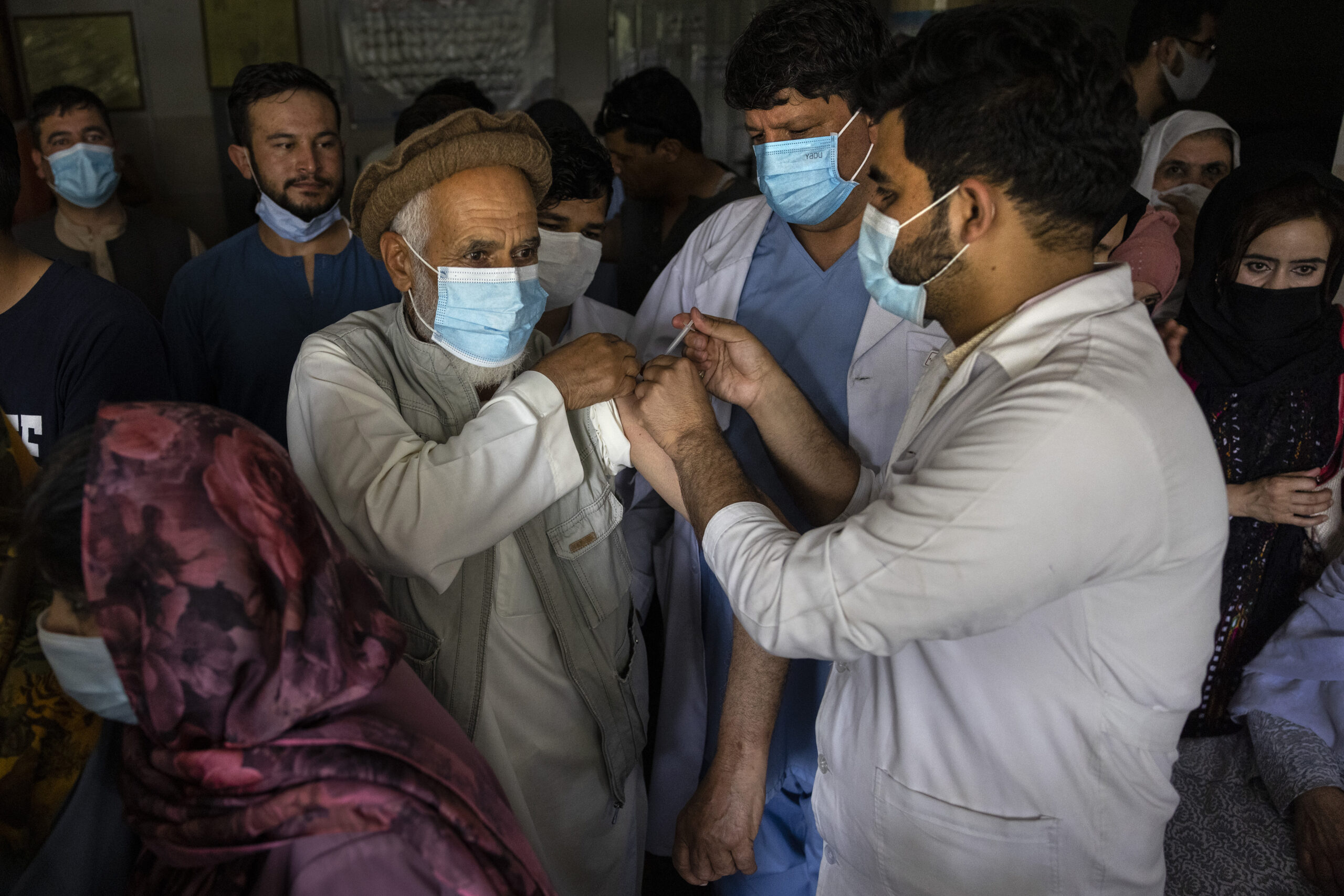 A doctor vaccinates Afghans with the Johnson & Johnson vaccine, donated by the United States to Covax, at the Wazir Akbar Khan hospital on July 14, 2021, in Kabul, Afghanistan. A Morning Consult/Politico survey found that 56% of registered voters think that funding global COVID-19 vaccination efforts should be a top or important priority for the federal government. (Paula Bronstein/Getty Images)
By Gaby Galvin

As the Biden administration’s pandemic response evolves, most registered voters say they want the federal government to fund COVID-19 vaccinations in both the United States and overseas, according to a new Morning Consult/Politico survey. 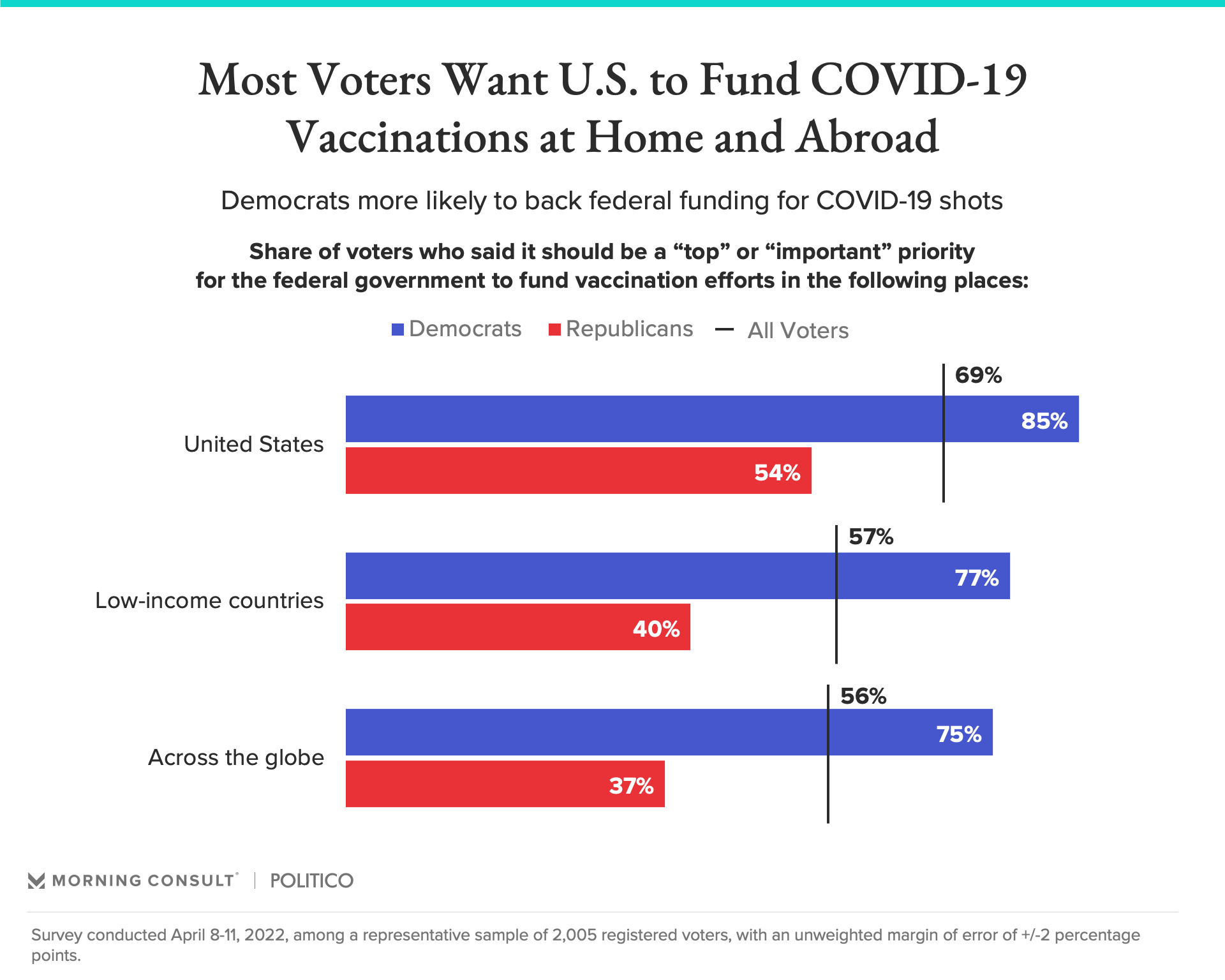 The April 8-11, 2022, survey was conducted among a representative sample of 2,005 registered voters, with an unweighted margin of error of plus or minus 2 percentage points.