Post-confirmation, just 31% of Black voters are enthusiastic about voting in November, a tracking low 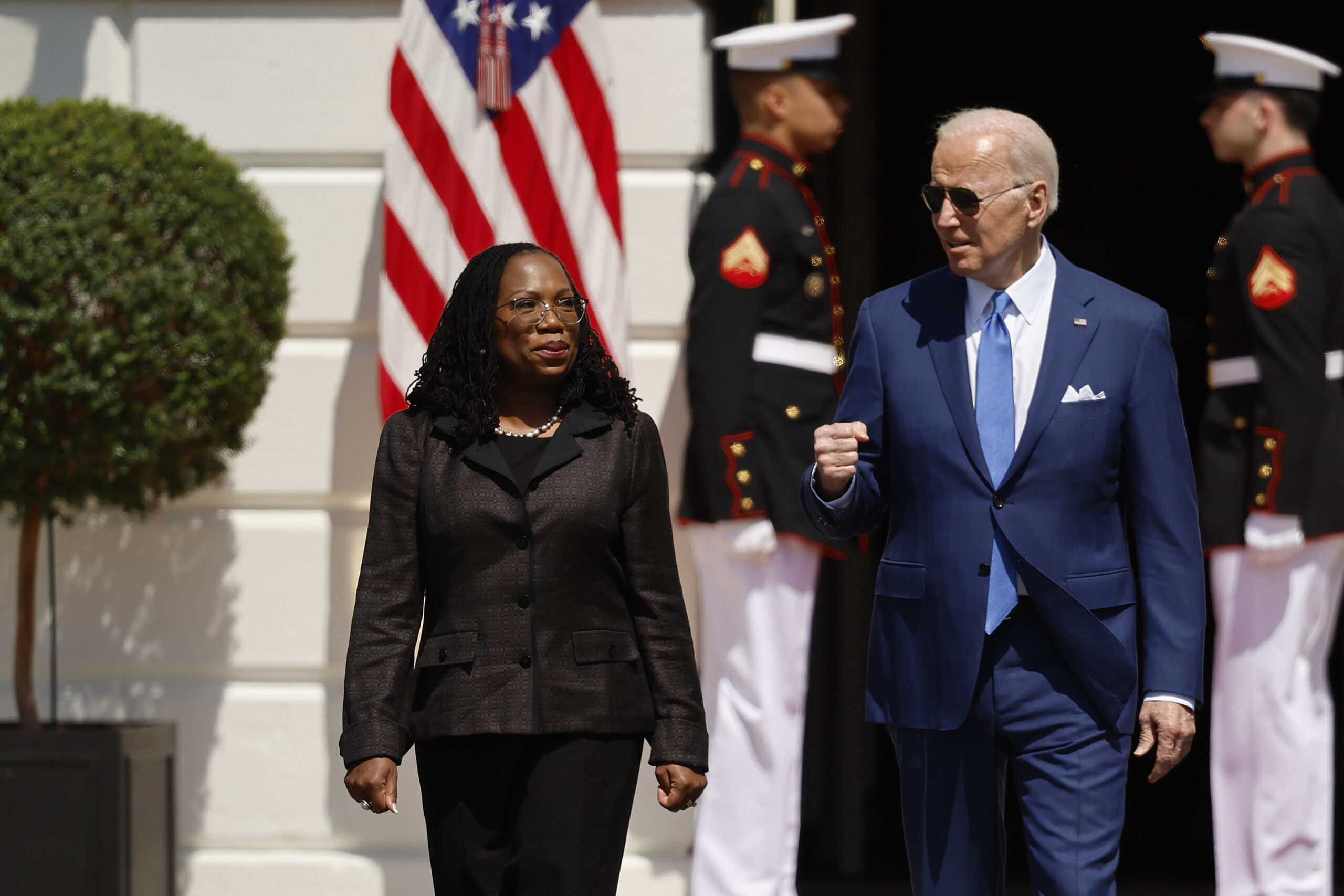 The Senate’s vote to confirm Judge Ketanji Brown Jackson to the Supreme Court last week made good on President Joe Biden’s campaign pledge to put the first Black woman on the nation’s highest court. While that historic achievement is overwhelmingly pleasing to Black voters, according to a new Morning Consult/Politico survey, it doesn’t yet appear to be the shot in the arm Democrats need to motivate the key electoral bloc ahead of the 2022 midterm elections. 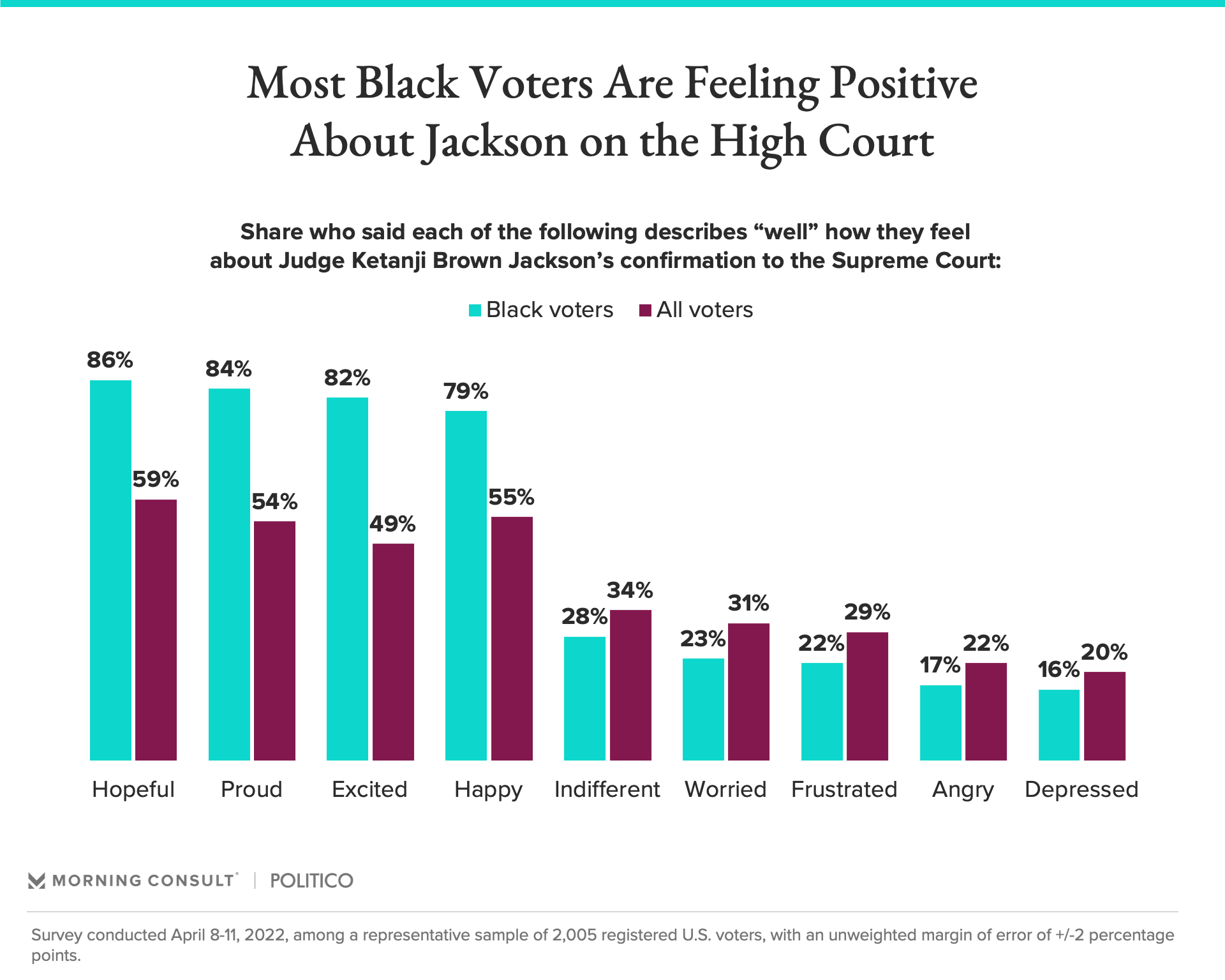 But Black voters are not feeling more excited about the midterms

From the pandemic’s summer resurgence to the chaotic U.S. withdrawal from Afghanistan, the past several months have brought a steady drumbeat of setbacks and negative headlines about unified Democratic control of Washington.

Democrats may have been hopeful that Jackson’s Supreme Court confirmation would invigorate the party’s base — and, in particular, Black voters. But as November’s elections approach, the data suggests that enthusiasm has yet to materialize.

Surveys conducted among roughly 2,000 registered U.S. voters each, with unweighted margins of error of +/-2 percentage points.

The latest survey finds 31% of Black voters are “extremely” or “very” enthusiastic about voting in the midterms, down 8 percentage points from last week’s survey conducted ahead of Jackson’s confirmation, and representing an 18-point drop since an early March survey following Biden’s first State of the Union speech. The number marks a record low among Black voters in weekly Morning Consult/Politico tracking that began in September.

Perhaps more troubling for Democrats is that this downward trend comes despite relatively high resonance for Jackson’s elevation to the Supreme Court: The survey found that 43% of Black voters heard “a lot” about Jackson’s confirmation, with another 29% hearing “some” about it. What’s more, another Morning Consult tracking survey found that positive buzz about the court — the share who heard something positive about it — jumped from 29% to 49% over the past two weeks.

Overall, the findings suggest that whatever goodwill and excitement is coming out of Democratic control in Washington is not nearly enough to match the worsening political environment when it comes to the Black electorate.