The World Would Be a Better Place Without President Putin, American Voters Say 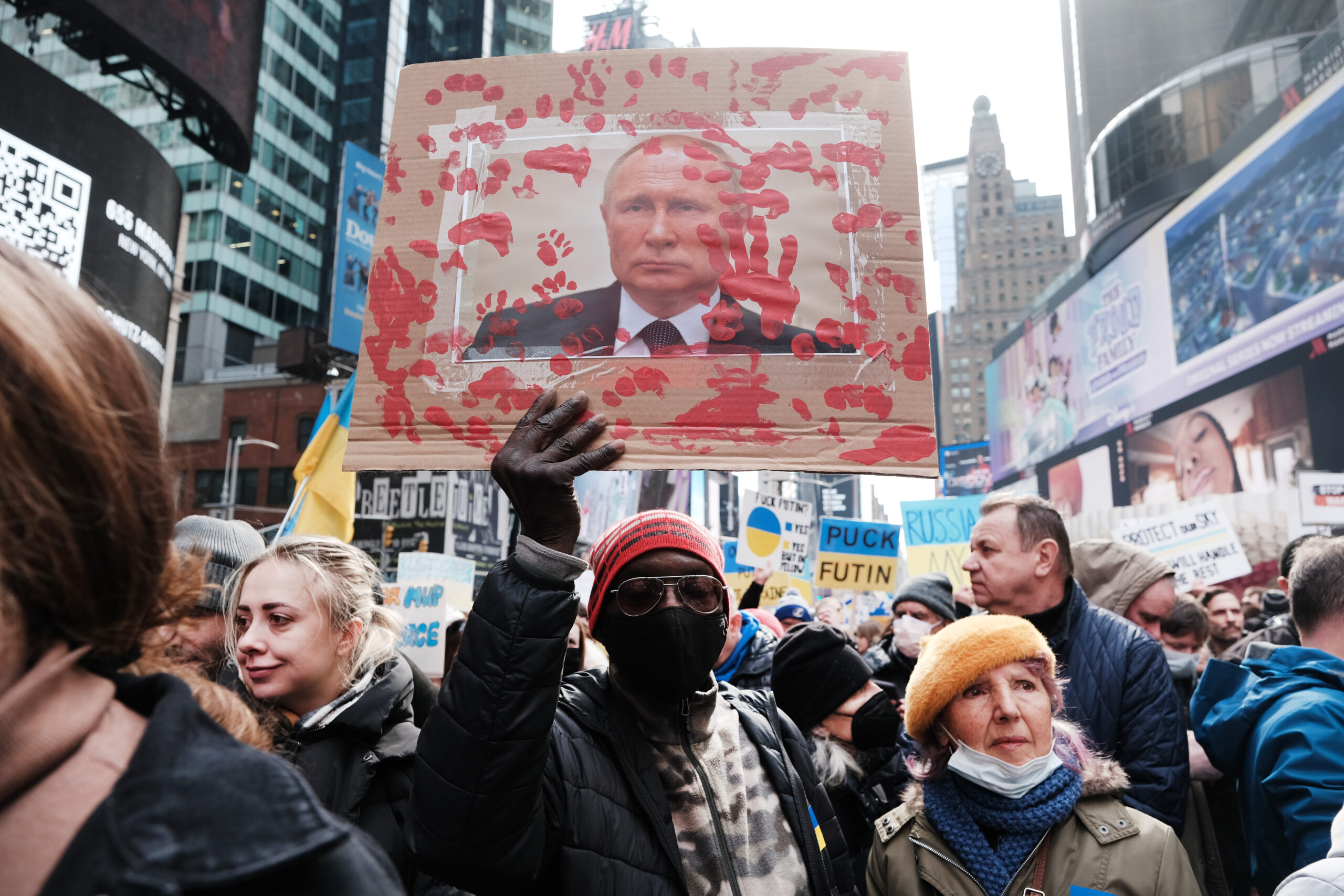 Hundreds of people gather in New York's Times Square in support of Ukraine and to demand an end to the Russian invasion of the country on March 5. (Spencer Platt/Getty Images)
By Matthew Kendrick

An overwhelming majority of U.S. voters think the world would be a better place without Russian President Vladimir Putin in power, according to a new Morning Consult survey, and almost half say Western sanctions against Moscow should not be lifted until he is ousted.

U.S. Voters Most Likely to Say World Would Be Better Without Putin in Office

Survey conducted April 9-11, 2022, among a representative sample of 2,005 registered U.S. voters, with an unweighted margin of error of +/-2 percentage points. Figures may not add up to 100% due to rounding.

The stories of summary executions, torture and rape inflicted on civilians emerging from the parts of Ukraine taken back from Russian invaders have inspired horror and rage across the world, and U.S. voters seem ready to see the other side of Putin’s grip on power.

However, the White House has been clear that it does not seek regime change in Russia, and has instead pursued a program of sanctions against Putin’s government. But regimes can become more repressive after being subjected to sanctions, often tightening surveillance and destroying alternative power structures that might topple the standing order. Take North Korea, where the Kim dynasty is if anything more firmly rooted after seven decades of sanctions.

Ukraine, for its part, has also been pushing the international community to acquiesce to its demands for reparations — even for the kind to which Russia would not need to agree: Kyiv wants permission to seize and sell Russian assets to help cover the costs of rebuilding.

The West has so far demurred but U.S. voters seem less reluctant to support war reparations. 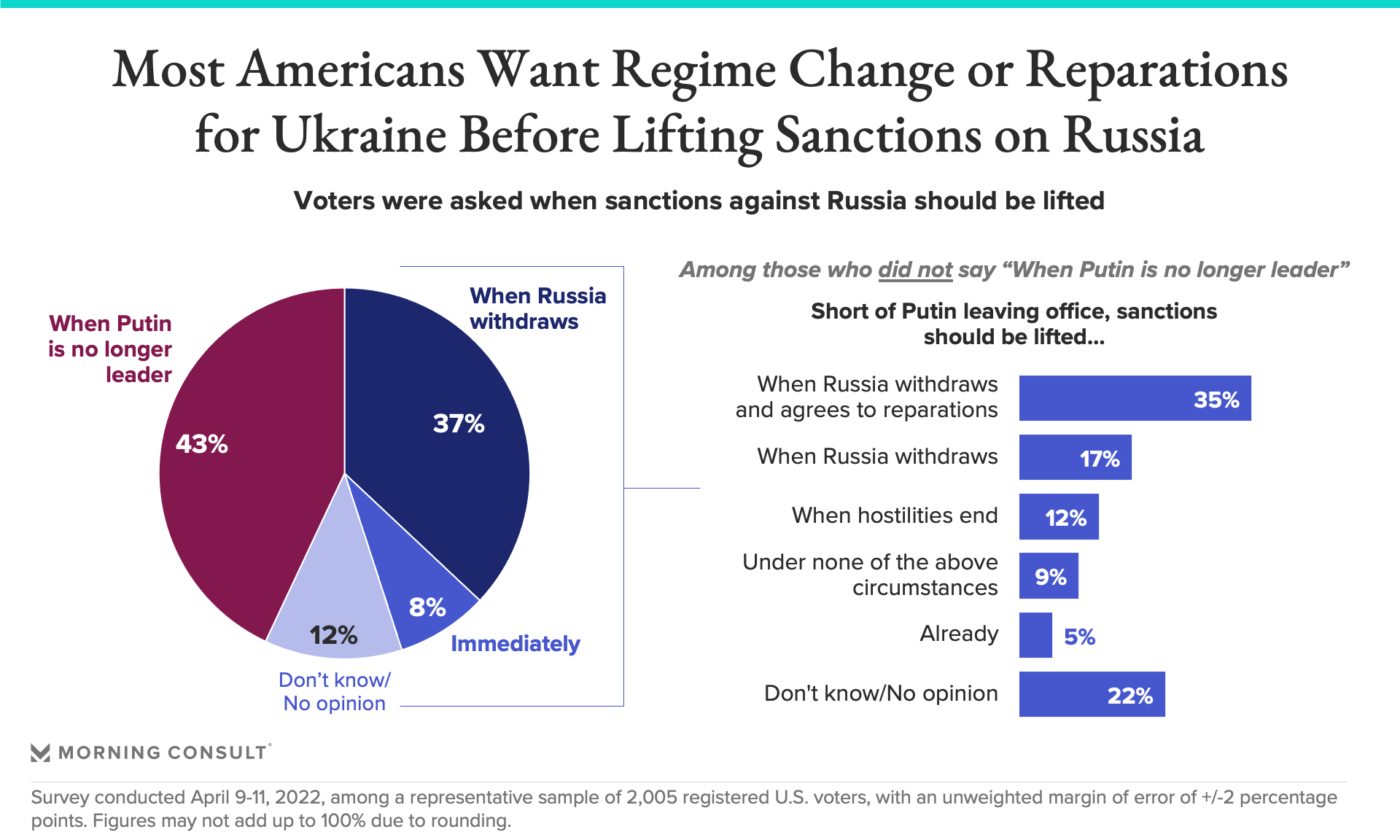 Antipathy toward Putin seems to be translating into a hard line on sanctions, with 43% of voters preferring to leave sanctions in place until he leaves power. Among those voters who said the removal of sanctions should not depend on Putin’s ouster, the largest share (35%) believe Russia should both have to withdraw from Ukraine and agree to pay reparations in order to have sanctions lifted.

In terms of forcing Moscow to pay official reparations in a post-war deal, conditions on the ground render the subject too speculative to attract attention in international capitals. Although Russia’s forces may be struggling more than expected, Moscow is far from defeated. Beyond that, its nuclear weapons lend a certain limit to how much pressure the world can apply.

The survey was conducted April 9-11, 2022, among a representative sample of 2,005 registered U.S. voters, with an unweighted margin of error of +/-2 percentage points.