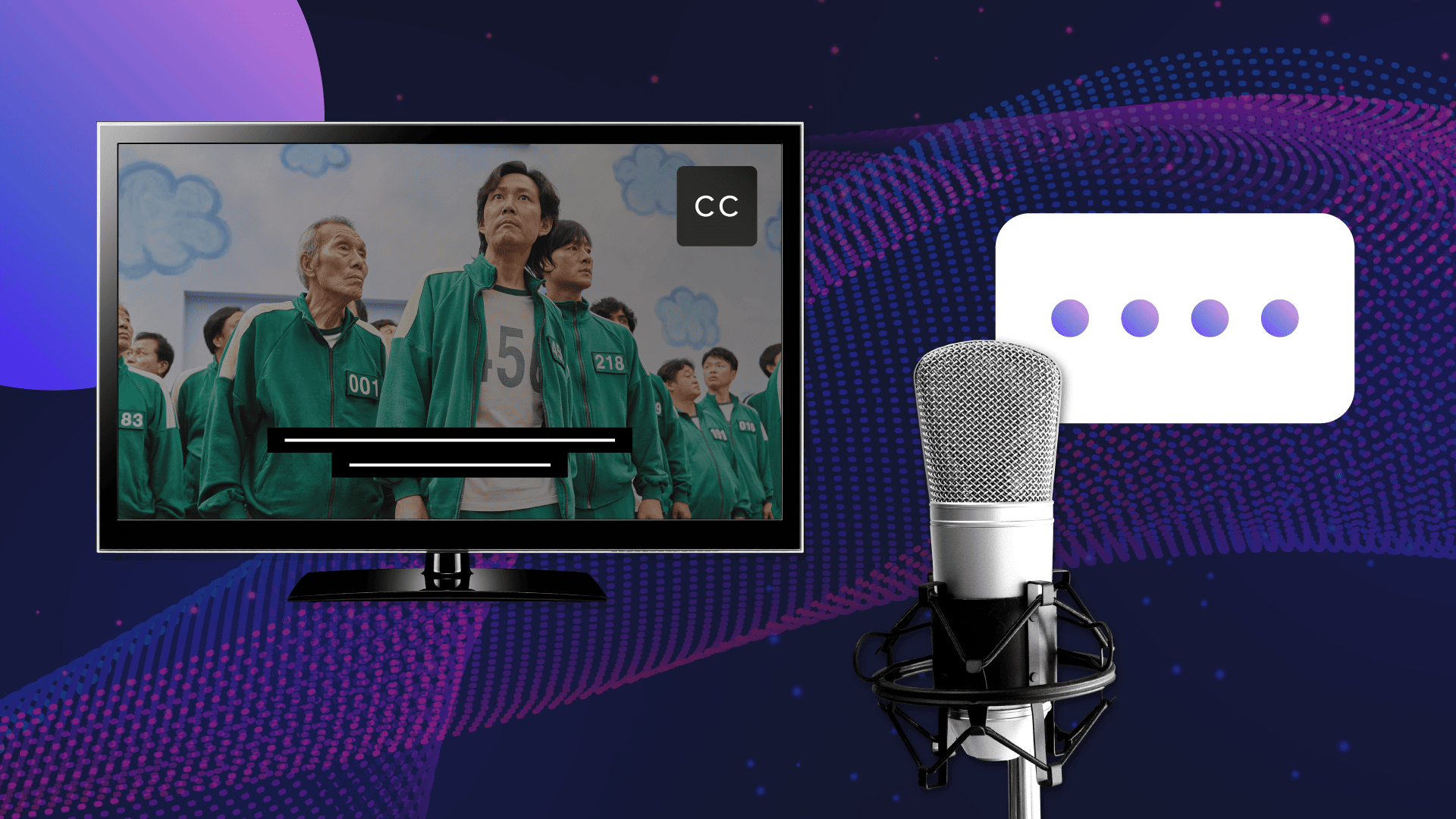 About 7 in 10 adults in China and South Korea said they preferred to watch streaming content not in their native language with subtitles compared to dubbing, according to new Morning Consult data. (Netflix / Getty Images / Morning Consult artwork by Kelly Rice)
By Sarah Shevenock

Other stories in the series: How Much Consumers in Each Country Pay for Streaming | How Gen Z Streams TV Around the World | Consumers in Every Country Prefer Streaming With Ads if It Means a Cheaper Bill | Weekly vs. Binge Watching: Where the World Stands | Global Streaming Users Say Pricing Options, User-Friendly Interface Are Even More Important Than Content | America Loves Comedy, South Korea Prefers Drama: Favorite Streaming Genres by Country

In 2020, “Parasite” director Bong Joon-ho used his Golden Globe acceptance speech to call attention to the “one-inch tall barrier of subtitles” that kept some audiences — American moviegoers in particular — from enjoying the myriad content produced outside of their native languages.

Roughly two years later, audiences around the world are climbing that wall, thanks in part to hits such as “Lupin,” “Money Heist” and “Squid Game,” TV shows that have all become global hits on Netflix. “Squid Game,” from South Korea, clocked more than 1.6 billion viewing hours on the platform in its first 28 days, making it Netflix’s most-watched original of all time. The second season of “Bridgerton,” Netflix’s most-watched English language program, logged less than half of “Squid Game’s” total in the same amount of time.

Experts working within the localization industry say that the evolution of streaming has changed the game for foreign-language content, making shows and movies available at a speed and scale they’ve never been before.

“Our market has grown substantially in the last two to three years, and the fundamental reason for that is the explosion of direct-to-consumer streaming platforms,” said Chris Carey, executive vice president of marketing and corporate development at Iyuno-SDI, which provides translations, subtitling and dubbing services for major entertainment firms. “The content producers can reach those markets much easier than they could going through a pay-TV operator, which was sort of the gatekeeper to many of the international markets.”

The coronavirus pandemic, and the subsequent shuttering of movie theaters, forced some companies to turn to their back catalogs and release older programming in new markets — and languages. That, too, has provided subtitlers and dubbers with more work than they can handle.

“We used to worry about doing an episode a week for broadcast,” said Simon Constable, senior vice president of global language services at Visual Data Media Services. “Now, we’re getting eight episodes in a week.”

The demand, coupled with the challenge of sorting out cultural differences across markets, has placed more pressure than ever on those tasked with translating content for local audiences.

“If you don’t get the localization right in one or two of the episodes, the audience is not going to watch the whole series,” said Teresa Phillips, co-founder and CEO of Spherex, a technology company that helps content producers assess if their shows and films are culturally sensitive throughout hundreds of countries. “You really diminish the value of your investment.”

Add in supply chain issues and a lack of high-quality translators, and localization providers face obstacles much higher than the “one-inch tall barrier” that Bong Joon-ho mentioned. Compared to where international content was a decade ago, those can be good problems to have.

Per a March Morning Consult survey of adults in 15 countries, consumer preferences for subtitles or dubbing largely fell along continental lines.

Respondents in Russia, Germany, Italy, Spain and France largely preferred dubbing when viewing content not in their native language, while roughly 7 in 10 adults in China and South Korea and a plurality of Indian and Japanese consumers said they liked to watch with subtitles more.

Translation preference is usually linked to historical context in each region. Europeans are likely used to dubbing since theatrical releases are required to be dubbed in the region, Phillips said, while in Asia, subtitles are preferred since “traditionally, the West has done a very poor job of translating the audio to make it more relevant.” Some native Korean speakers were not thrilled with the closed captions on Netflix’s “Squid Game,” though others were more accepting, pointing out that translating content across languages is a delicate art form.

Phillips said the industry will have to continue improving at both methods of localization in order to meet rapidly accelerating consumer demand — and satisfy the multitudes of tastes across borders.

“We have to create an environment for the user where they can basically choose their own languages,” she said.

Launching in new countries with a full library of content, as services such as Disney+, HBO Max and Paramount+ have done recently, often means thousands of hours of programming must be appropriately localized. Companies simply don’t have enough translators who can quickly do the job.

“For subtitling, specifically, there’s been an issue with the lack of qualified translators in all of the main languages that have been targeted,” Constable said. “You have platforms launching in Europe right now, and they all, by and large, want the same territories, but there’s a limited pool of experienced subtitling translators in those territories.”

Dubbing presents even more problems, as not only are translators needed, but the process also depends on studio and actor availability. Making substitutions and bringing in replacements when necessary is often not possible.

Mazin Al-Jumaili, vice president of talent management and business development in the EMEA region for ZOO Digital Group PLC, said it’s vital to retain the same actors and translators for a project and to keep them on call until it’s completed for the sake of consistency. But that same talent is frequently needed for additional projects on the same timeline.

“There’s a strain on the whole acting community and the local language writing community,” Al-Jumaili said. “But the viewing public is very, very conscious of changes, and they’ll be straight on social media if something doesn’t match their expectations and the quality aspirations of that region.”

Constable said providers have fail-safe methods to check the quality of a translation. The ubiquity of social media, however, can elevate even the tiniest of mistakes into public relations crises.

“The barrier to entry for feedback is so low because social media is there and it can be out in an instant,” he said. “It means you’ve continually got to tighten up your game.”

With no expected slowdown in demand, companies are launching training programs and investing in recruitment at universities, hoping to find translators from nontraditional backgrounds who can help handle the influx of work. It won’t be an overnight fix.

“To give people the skills that we need, it’s going to take some time,” Constable said.

Computers might be able to assist. Machine translation can assist with the translation process, Al-Jumaili said, though the technology is not yet sentient enough to accurately translate all the nuances of a script. Deepfake dubbing — creating technology that emulates a human voice — has also been discussed in the industry, though the practice has many ethical considerations.

“This is a very sensitive subject because people have ownership of voices in local languages,” Al-Jumaili said. “There’s always someone who’s going to be the approved Tom Cruise voice in French, Italian, German, Spanish, Japanese, so you need to be really mindful of trying to emulate those voices who have established actors associated with them.”

These solutions are clearly needed sooner rather than later, with experts saying this demand is expected to become the norm. Content produced in one country, spoken in the language of another country and then watched by millions of consumers in a third country is the reality of entertainment consumption that streaming has enabled. That one-inch barrier is finally coming down, even in markets such as the United States, where it’s historically been insurmountable for some consumers.

“I don’t see a plateau, certainly not this year, next year or two, three, four years from now because of the great content being produced, and the ease of subscribers to be able to find something they like from a different culture,” Carey said. “We’re really only just scratching the surface.”