Nearly half also say the border situation has worsened under Biden 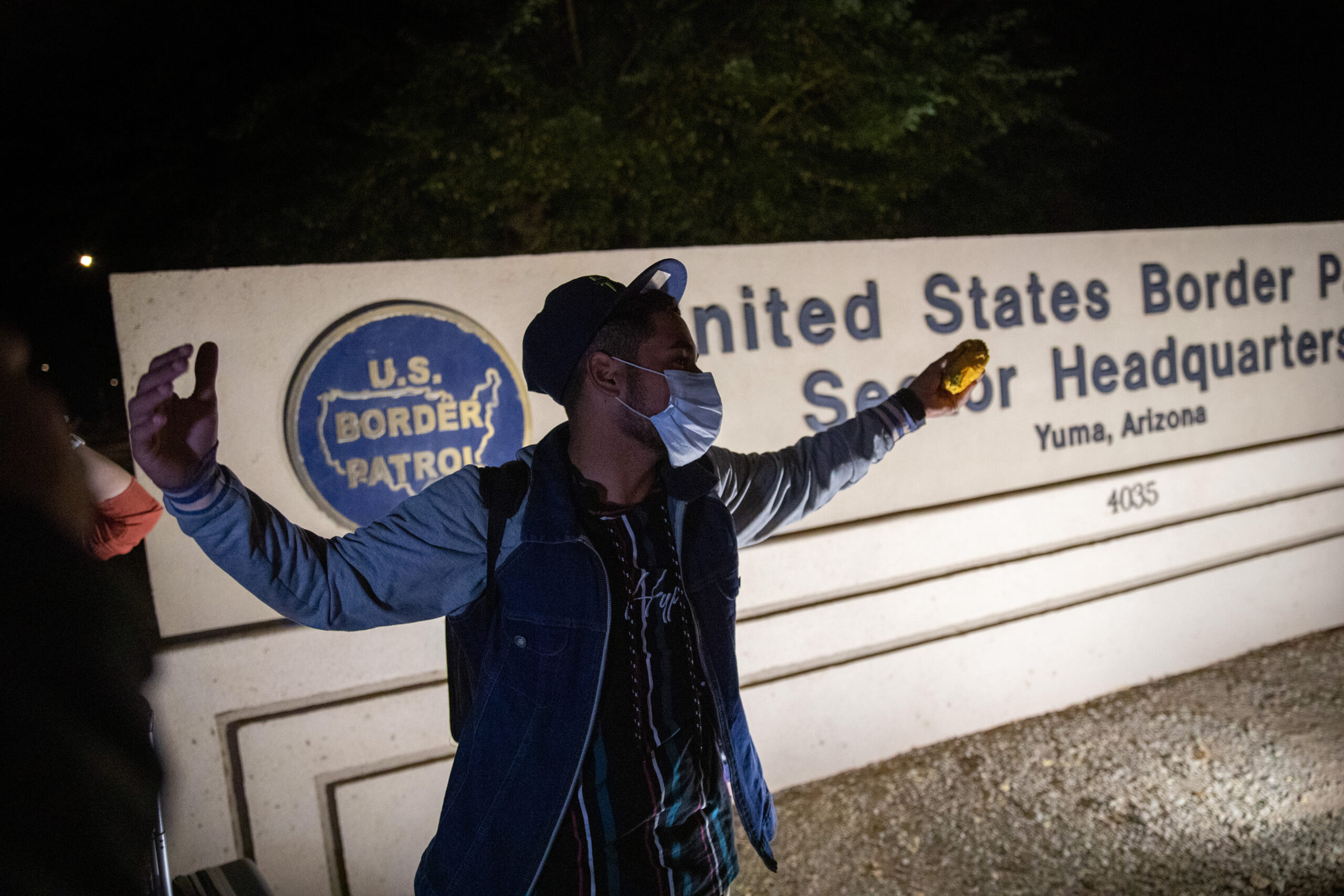 A Venezuelan immigrant celebrates after arriving to a U.S. Border Patrol detention facility in Yuma, Arizona, to apply for asylum after walking from the U.S.-Mexico border in December 2021. (John Moore/Getty Images)
By Matthew Kendrick

A Louisiana judge who indicated he would block the White House’s efforts to wind down Title 42 might actually be doing the Biden administration a political favor. The measure, which was introduced by the Trump administration during the early days of the COVID-19 pandemic, allows the government to expel migrants outside of normal immigration law, and a new Morning Consult/Politico survey shows that 3 in 5 voters want it extended. 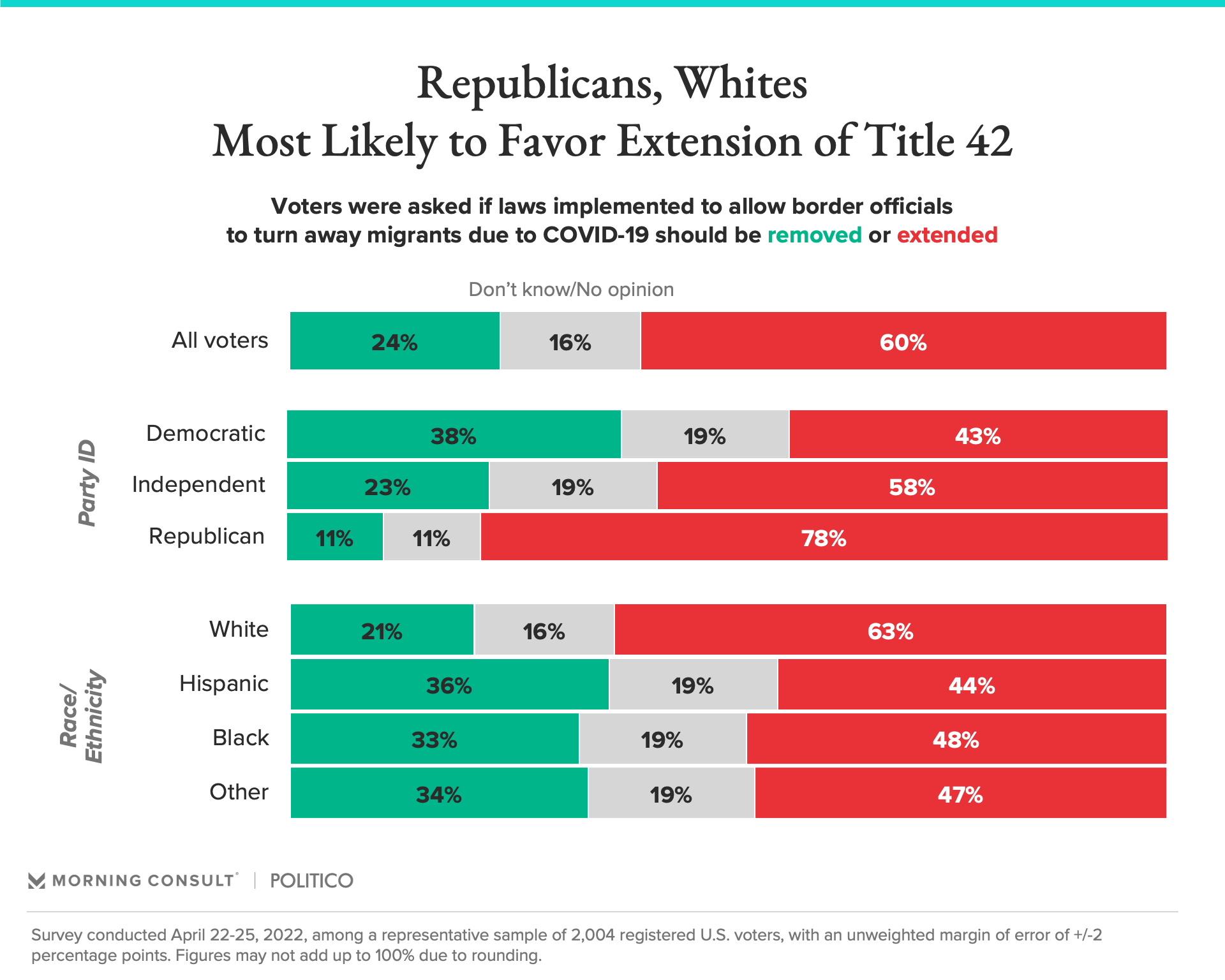 What voters think should happen with Title 42

The Trump administration’s migration policies struck a resounding chord with his voter base in 2016 and thereafter, as the “build the wall” chants in stadiums full of supporters attested. The Biden administration has struggled to follow through on its promises to do away with many of his predecessor’s most-criticized policies due to legal, logistical and political hurdles.

Related: Ending Title 42 Is Biden’s Most Unpopular Move Yet

A separate court order forced the While House to maintain the “Remain in Mexico” policy that sent some 60,000 asylum seekers to squalid camps on the Mexican side of the border during the Trump era, and the Biden White House has increased the use by immigration authorities of private facilities to house detained migrants despite promising to end the practice. They say there is simply nowhere else to house the migrants.

But despite few policy changes, Americans largely think the situation has worsened. 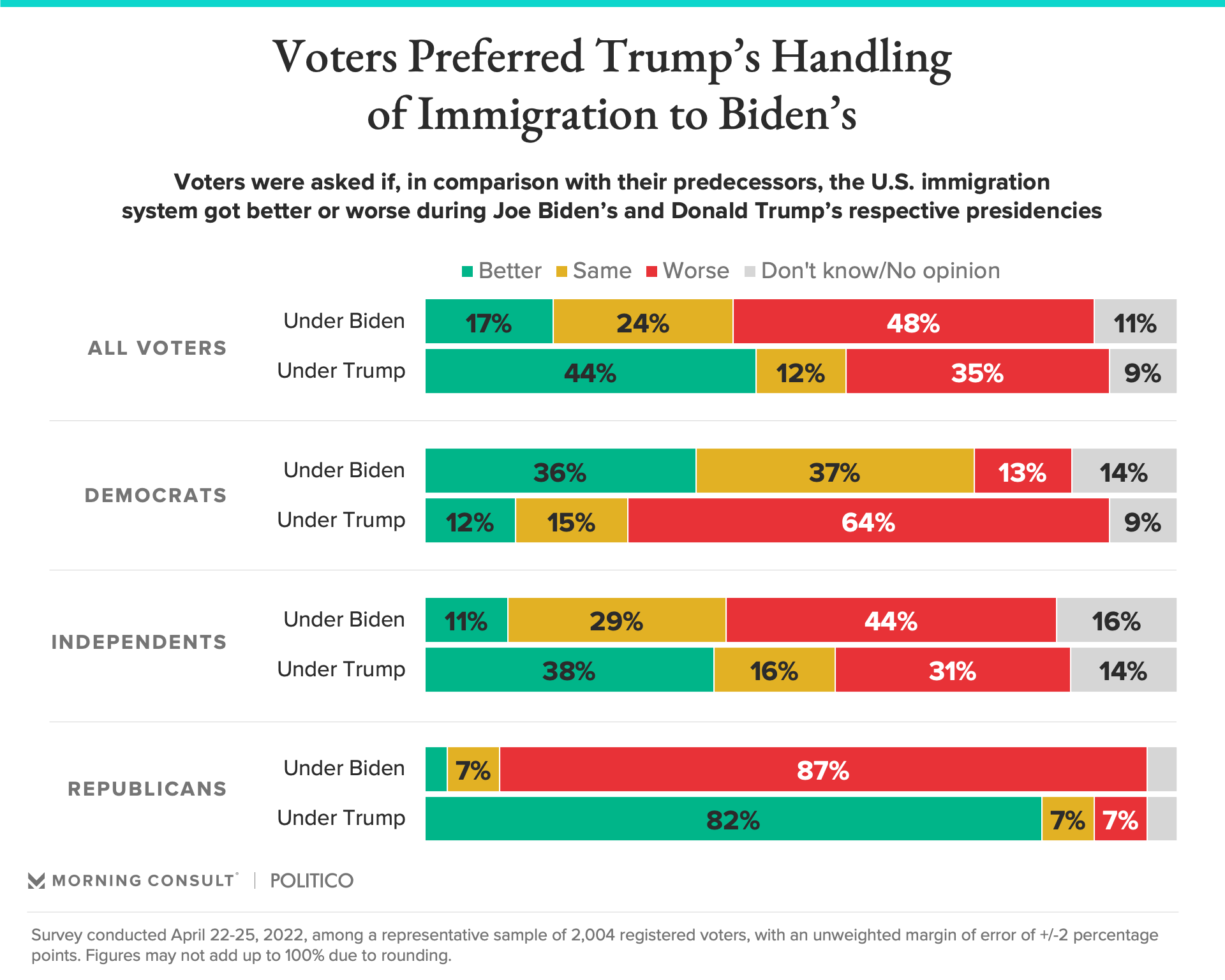 Perceptions of Biden’s handling of immigration

The latest Morning Consult/Politico survey was conducted April 22-25, 2022, among a representative sample of 2,004 registered U.S. voters, with an unweighted margin of error of plus or minus 2 percentage points.