Abortion Fight Could Upend Women’s Health Care. Many Are Worried It Could Limit Their Access to Birth Control

Survey shows most women get contraception at doctor’s office, don’t have copays 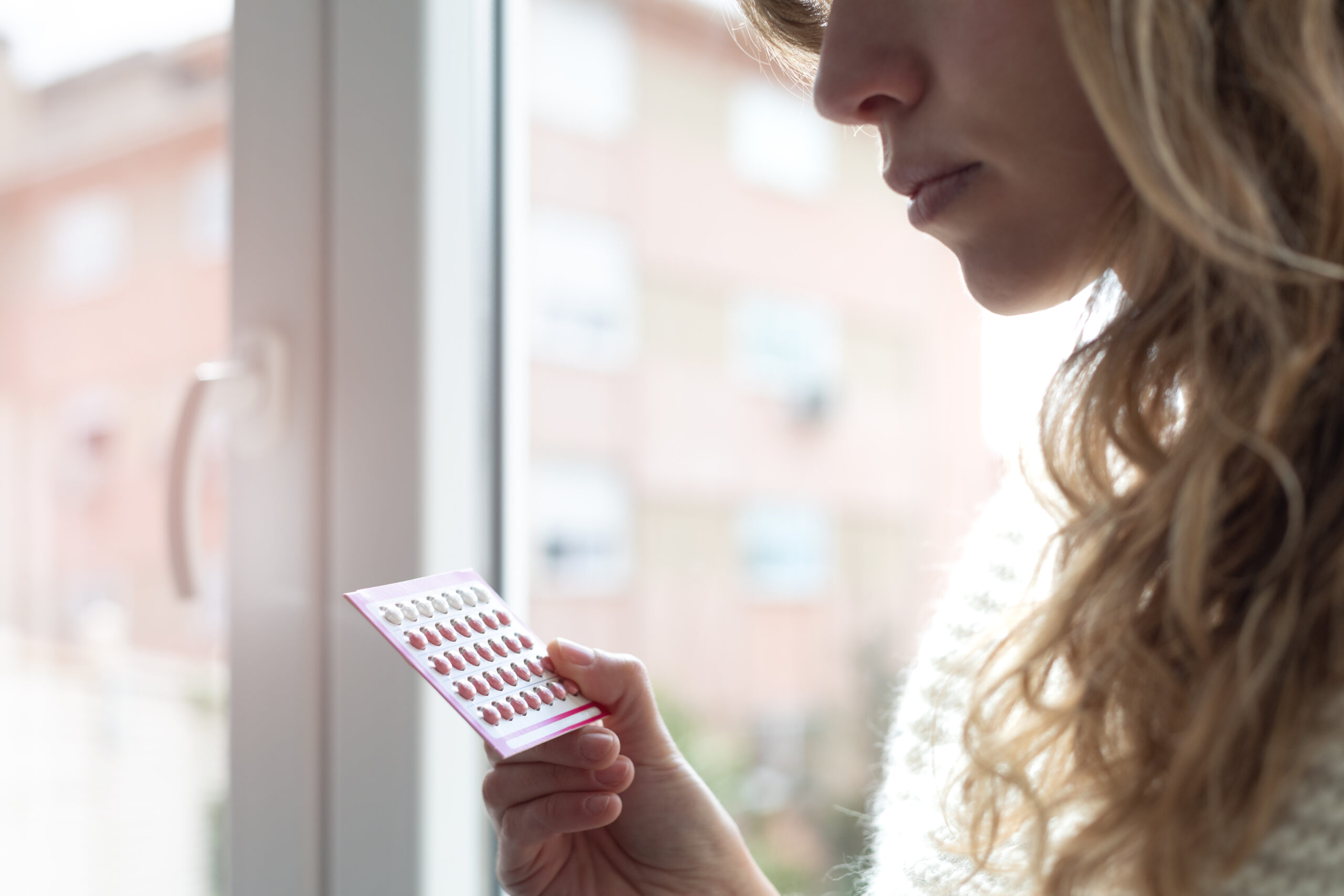 A Morning Consult survey found that 68% of adults are in favor of the offering of free birth control by states, including 54% of Republicans. (Getty Images)
By Gaby Galvin

If the Supreme Court weakens federal abortion protections this summer, nearly half of women under age 45 say they would be worried about their ability to access another form of reproductive health care: birth control.

Some states are already taking steps to restrict abortion, and clinicians and advocates have warned the high court’s decision will cause ripple effects across the women’s health landscape. Clinics serving low-income patients, for example, may struggle to continue offering other services such as testing and birth control. Meanwhile, legal protections for abortion and contraception are connected through court precedent establishing privacy rights.

Now, a new Morning Consult survey shows how Americans currently access birth control — and how their plans might change in the coming months. It indicates most women believe it’s easy to get birth control and aren’t paying for it out of pocket. But it also highlights where there are gaps in access, and divisions in how people believe states should handle the issue going forward.

“Women have a broad range of reproductive health care needs,” said Alina Salganicoff, senior vice president and director of women’s health policy at the Kaiser Family Foundation. “It is important to look at all of the other connections” to abortion access.

Women Most Likely to See a Doctor to Get Birth Control

Survey conducted April 19-21, 2022, among a representative sample of 532 U.S. women who use birth control, with an unweighted margin of error of +/-4 percentage points.

In the survey, about half of women who use birth control said they get it from their doctor’s office, while a quarter get it from the pharmacy and 1 in 10 go to a family planning clinic. And they generally said it’s been easy to get, with women reporting the most difficulty in finding the right birth control method for them (17%) and managing side effects (16%).

In recent years, states have taken steps to expand access to birth control outside of the doctor’s office. Lawmakers in South Carolina recently advanced a bill to allow women to get birth control pills at pharmacies without a prescription, while some medical professionals have pegged telehealth prescriptions as an effective way to fill “contraception deserts.”

Researchers estimate that across the states, between 17% and 53% of the population lives in a community where Title X family planning services are inaccessible, with people of color and those who are low income most affected.

Salganicoff said the lack of access to birth control is particularly worrisome for low-income women in states that haven’t expanded Medicaid, which covers contraception. Three of these states also don’t participate in the Medicaid family planning program, which could otherwise offer a pathway to birth control coverage: South Dakota, Kansas and Tennessee.

“We’re seeing states that are going to ban abortion, but not necessarily do very much to expand access to contraception and ways that women can prevent an unplanned pregnancy,” Salganicoff said, adding that the “burden is going to fall most strongly on the shoulders of low-income women.”

Women who use contraceptives were asked whether it’s easy or difficult to do the following:

Survey conducted April 19-21, 2022, among a representative sample of 532 U.S. women who use birth control, with an unweighted margin of error of +/-4 percentage points. “Don’t know/No opinion” responses are not shown.

For most women, birth control cost currently not an issue

For most women, though, cost does not appear to be a major barrier: 2 in 3 of those using birth control said they have not spent anything out of pocket on it in the past year. The Affordable Care Act requires that most health insurance plans cover birth control and other women’s health care with no copays, but some patients are billed anyway because they opt for a brand-name contraceptive over a covered generic, they see an out-of-network provider or a handful of other reasons.

Another special case is at the center of its own debate. A Trump-era rule means employers with religious objections don’t have to offer health plans that cover birth control, though the Biden administration is expected to narrow those exemptions, and Democratic lawmakers are pushing for tighter enforcement of the ACA coverage rules.

In the survey, adults overwhelmingly said employers should be required to offer health plans that cover birth control. But the public was split on whether those with religious or moral objections should be exempt: 41% of Republicans said they should be, while 44% of Democrats said they shouldn’t.

“Even really small cost barriers can be a problem for folks in terms of getting their birth control,” said Mara Gandal-Powers, director of birth control access and senior counsel at the National Women’s Law Center, which advocates for gender equity.

If Federal Abortion Rights Were Limited, About 7 in 10 Adults Would Back State Efforts to Offer Free Birth Control

Share of U.S. adults who said they would support each of the following state actions if Roe v. Wade were overturned or significantly weakened:

Most adults were also in favor of steps states could take to expand family planning support if Roe v. Wade were weakened or overturned. About 7 in 10 said they would support the offering of free birth control by states — including 54% of Republicans — while more than half of adults also said they’d back increased public funding for affordable contraception and family planning services, expanded sex education in schools and state laws that reinforce abortion rights.

“Popularity doesn’t necessarily give us immunity from attacks,” Gandal-Powers said. “We’ve seen that on abortion already.”

At least one state — Idaho — has taken steps in both directions. This month, the Idaho Supreme Court temporarily blocked the state’s new abortion ban, which was modeled on the highly restrictive Texas law. Idaho lawmakers also killed a bill that would require insurers to cover up to a six-month supply of birth control at a time, up from three months, after it passed one legislative chamber.

Ultimately, the uncertainty around the future of Roe v. Wade may prompt some women to seek birth control. The findings suggest that after being informed about the looming Supreme Court decision, some women under 45 were more likely to say they’re “very likely” to start using birth control within the next year.

But Gandal-Powers cautioned that “if you’re pregnant and you don’t want to be, birth control is not a solution.”

“Access to them has to go hand in hand,” she added.