Most Governors Facing Re-Election This Year Are Quite Popular

Democrats in Rhode Island, Wisconsin, and New Mexico have the weakest job approval ratings of governors up for re-election in 2022 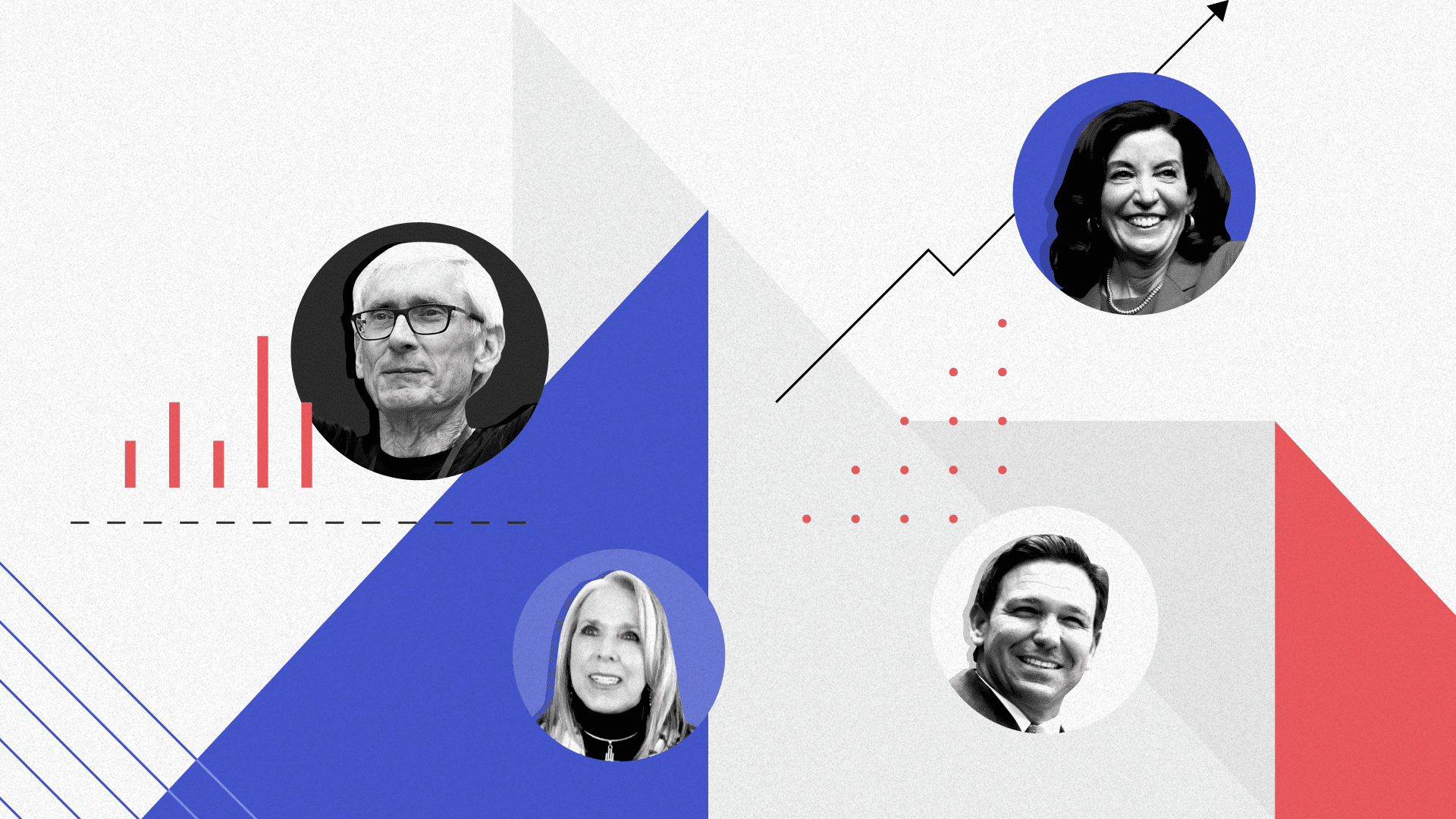 Most governors facing re-election in November are beginning the year popular with voters in their states, according to Morning Consult Political Intelligence quarterly tracking. And despite declines over the past year, a handful of Republicans among them are some of the most-liked governors in the country.

Net approval ratings* of governors up for re-election in 2022

*Net approval is the share of voters who approve minus the share who disapprove.
Surveys conducted Jan. 1-March 31, 2022, among a representative sample of at least 601 registered U.S. voters in each state, with margins of error of up to +/-4 percentage points.

Across the country, all but eight governors are backed by 50% or more of their state’s voters. And in nearly all cases, the Democrats among them are getting higher approval ratings than Biden, while more often than not drawing more cross-party support than the president and Democratic senators.

But when considering each state, the average GOP governor has a higher approval rating than the average Democratic governor (58% to 51%), boosted by the popularity of a handful of blue-state Republicans. 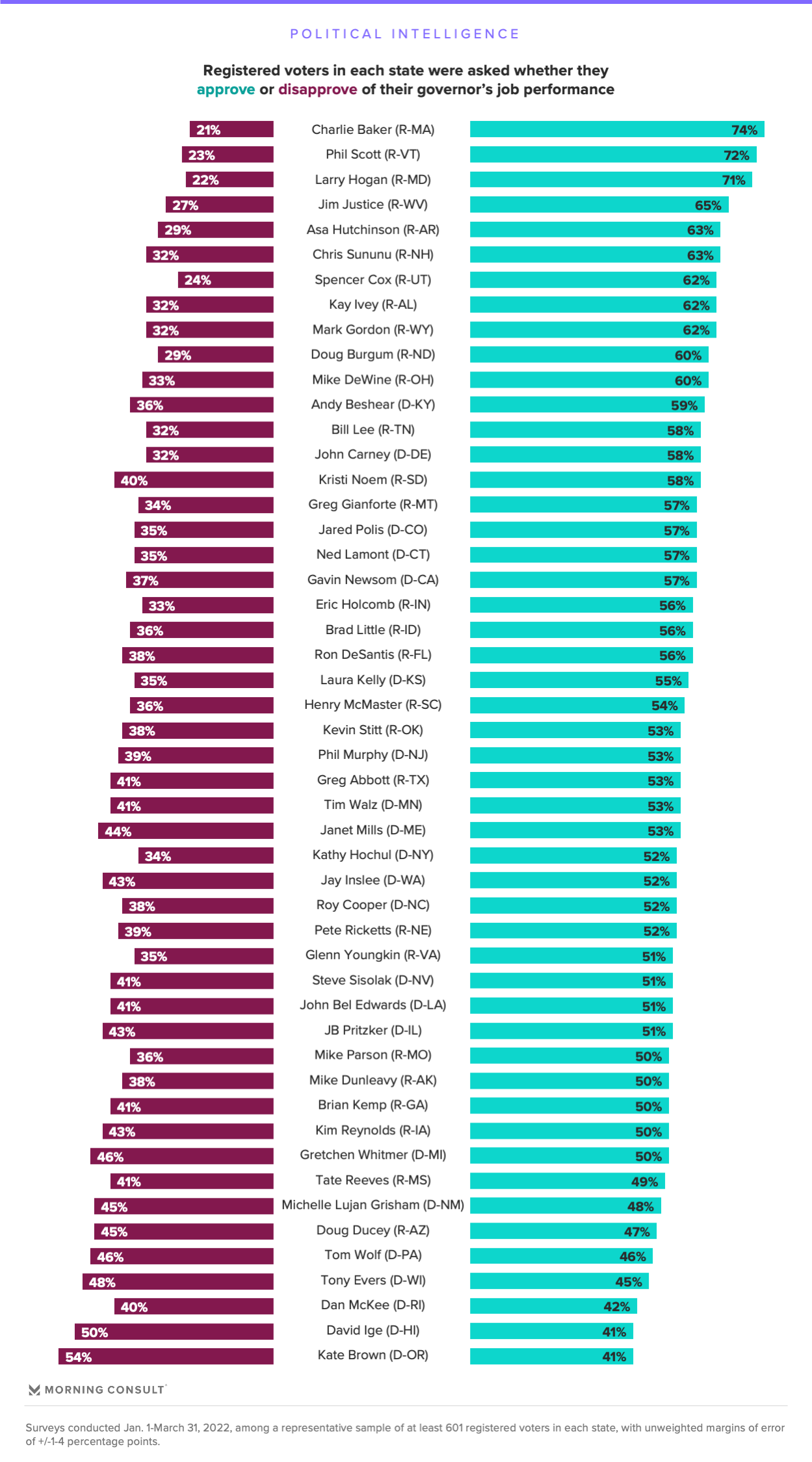 America’s most popular and unpopular governors

Margins of error for responses from all voters in each state range from 1 to 5 points. For more detailed information, you can download the 50-state dataset for governors’ approval ratings among all voters here.