Half of U.S. Voters Say Brands Should Speak Out on Abortion Access 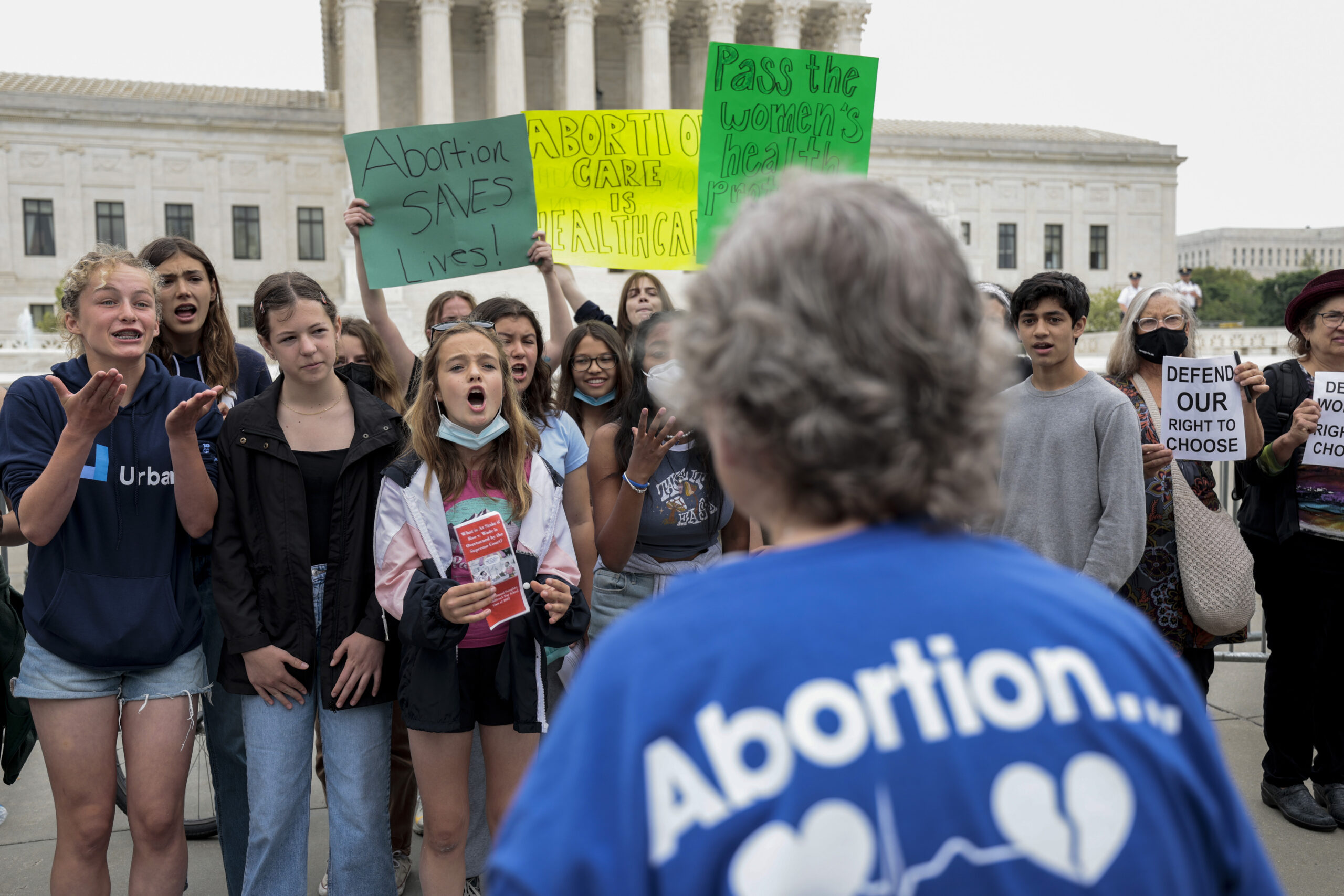 Protesters confront each other outside the U.S. Supreme Court building in Washington, D.C. on May 4. About half of U.S. voters say they want companies to speak out on the issue of abortion. (Photo by Anna Moneymaker/Getty Images)
By Wesley Case

As brands decide whether to comment on the Supreme Court’s potential decision to overturn Roe v. Wade, roughly half of registered voters said they support when companies speak out on abortion access, according to a new Morning Consult/Politico survey conducted shortly after the news broke.

Half of U.S. Voters Want Brands to Weigh In on Abortion Access

Survey conducted May 3, 2022, among a representative sample of 1,955 registered voters, with an unweighted margin of error of +/-2 percentage points. Figures may not add up to 100% due to rounding.

How U.S. Voters Think Companies Should Respond to the Potential Overturning of Roe v. Wade

Respondents were asked if they support or oppose companies taking the following actions in response to the Supreme Court potentially overturning Roe v. Wade:

Survey conducted May 3, 2022, among a representative sample of 963 registered voters, with an unweighted margin of error of +/-3 percentage points. Figures may not add up to 100% due to rounding.

In recent years, brands have wasted little time letting the public know exactly where they stand on certain issues, from Black Lives Matter and police brutality to Russia’s invasion of Ukraine. Yet in the immediate aftermath of Politico’s report of the leaked draft opinion indicating the Supreme Court would soon overturn Roe v. Wade, it appears abortion access is a thornier issue for corporations.

While brands like ice cream maker Ben & Jerry’s Homemade Inc. and video game developer Bungie Inc. have tweeted their support for protecting a woman’s right to have an abortion, many major companies — including the Walt Disney Co., Walmart Inc. and Microsoft Corp. — have yet to publicly comment on the potential rolling back of Roe v. Wade.

As Disney learned in its recent feud with Republican Florida governor Ron DeSantis over the state’s “Don’t Say Gay” law, there can be serious financial consequences for choosing a side in a contentious debate. Yet when it comes to abortion access and the ongoing clash over Roe v. Wade, the Morning Consult/Politico data reveals Americans would rather know exactly where companies stand — and consumers might even reward companies willing to speak out.

The Morning Consult/Politico survey was conducted May 3, 2022, among a representative sample of 1,955 registered voters, with an unweighted margin of error of plus or minus 2 percentage points.

Related: The Supreme Court Appears Likely to Strike Down Roe v. Wade. Voters Are Most Likely to Say It Should Be Upheld
Abortion Consumer Spending Employer Branding PR Crises