40% of GOP voters hold favorable views of McCarthy, in line with his standing before tapes revealed him expressing anti-Trump views 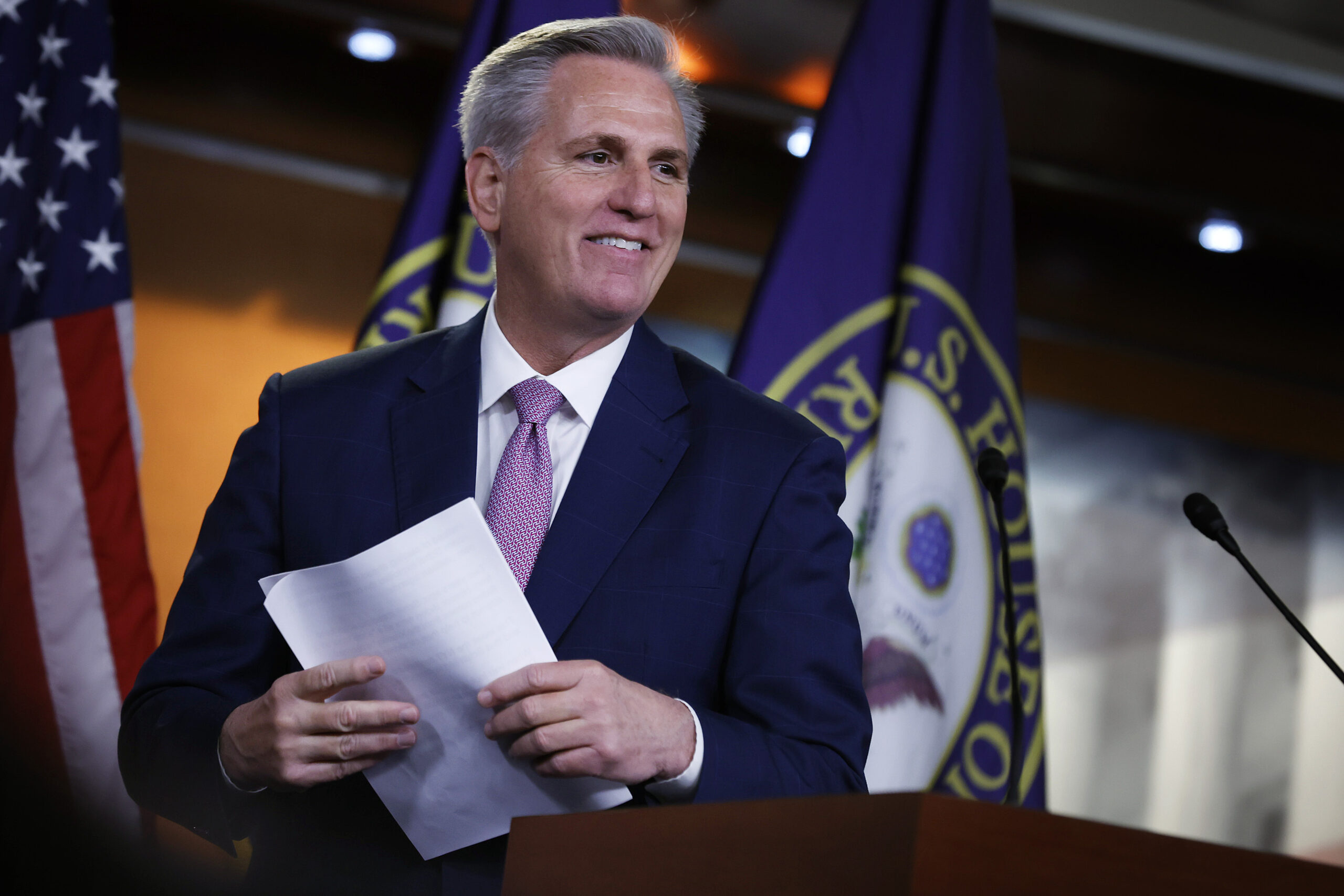 The release of audio recordings that proved House Minority Leader Kevin McCarthy had indicated he was ready to cut bait with former President Donald Trump in January 2021 caused a sharp decline in the California Republican’s standing among the party’s base nationwide. But Morning Consult/Politico tracking surveys show the man who’s been widely viewed as the speaker-in-waiting is already seeing positive sentiment back on the rise. 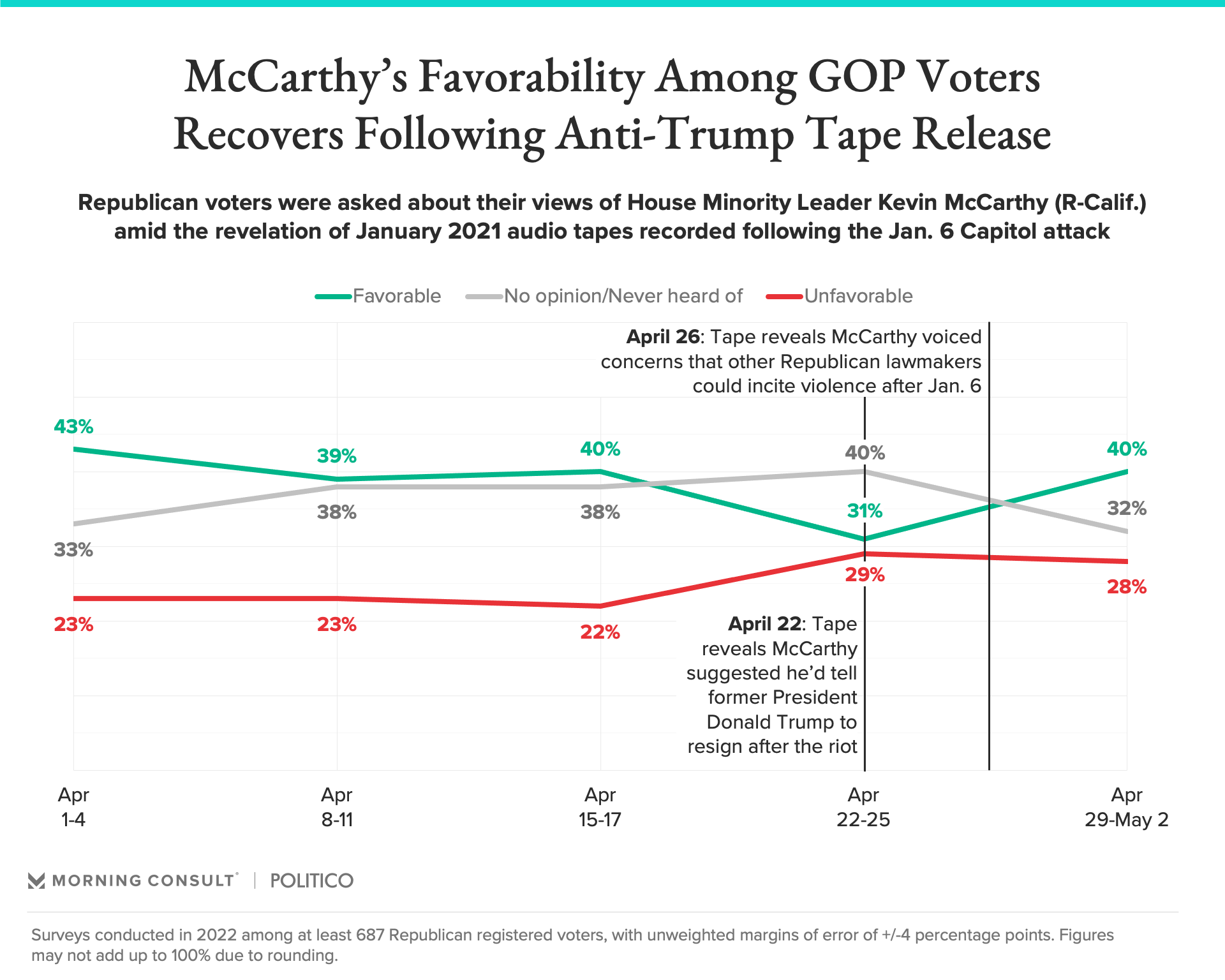 What voters think of Kevin McCarthy

The fleeting nature of GOP voters’ backlash to McCarthy’s recorded statements are likely reflective of the muted response from the GOP officials who control his fate as leader.

Trump, the most popular Republican among the party’s voters, has declined to criticize McCarthy, who initially distanced himself from the former president following the Capitol attack only to decamp weeks later to Mar a Lago to patch things up. Plus, only a handful of Republican lawmakers — far-right figures such as Reps. Matt Gaetz of Florida or Andy Biggs of Arizona — have attacked McCarthy, while more influential members, such as Rep. Jim Jordan of Ohio, have reiterated their support for him.

As Rep. Rodney Davis (R-Ill.) told Politico, “it’s all inside baseball,” adding that, “not a single constituent brought up that issue to me.”

While it is true that few Republican voters are paying close attention to the story, it didn’t totally fly under the radar.

The latest survey was conducted April 29-May 2, 2022, among a representative sample of 2,000 registered U.S. voters, with an unweighted margin of error of plus or minus 2 percentage points.