The Supreme Court Appears Likely to Strike Down Roe v. Wade. Voters Are Most Likely to Say It Should Be Upheld 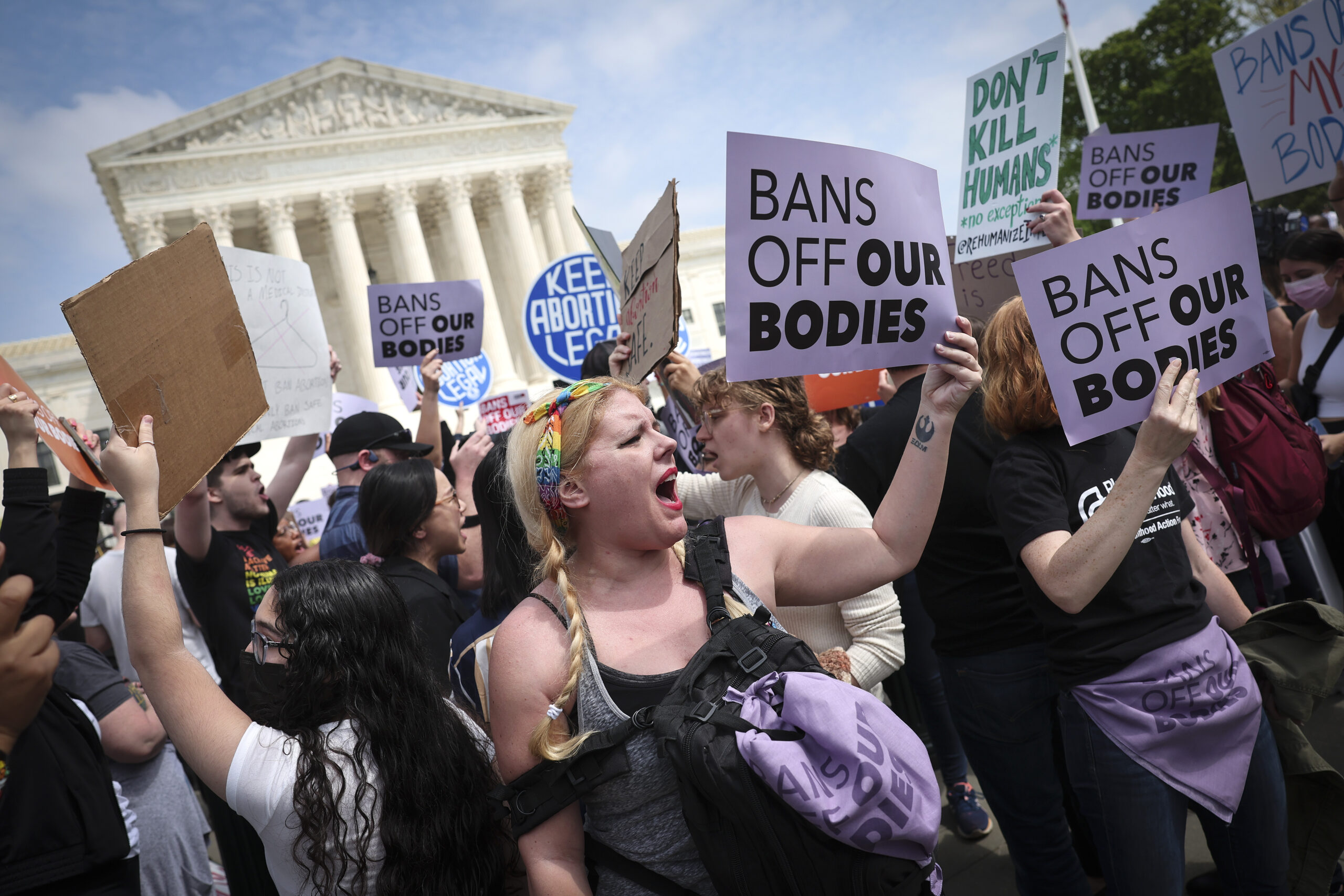 Abortion-rights and anti-abortion activists confront one another in front of the U.S. Supreme Court Building on May 03, 2022, in Washington, D.C. (Win McNamee/Getty Images)
By Gaby Galvin

Voters are increasingly likely to say the Supreme Court should not overturn Roe v. Wade, according to a new Morning Consult/Politico survey that comes as a leaked draft of the high court’s ruling to strike down the landmark 1973 decision reverberates across the country.

The survey was conducted the day after news broke that the court plans to overturn Roe, which established federal abortion rights, and indicates that relatively few voters believe the ruling should be reversed entirely (28%). Half of voters said Roe should not be overturned, up from 45% who said the same in December. And while voters have become much more likely to say they think Roe will fall, which would limit abortion access for tens of millions of Americans, it’s too early to say whether the political fallout will stick. 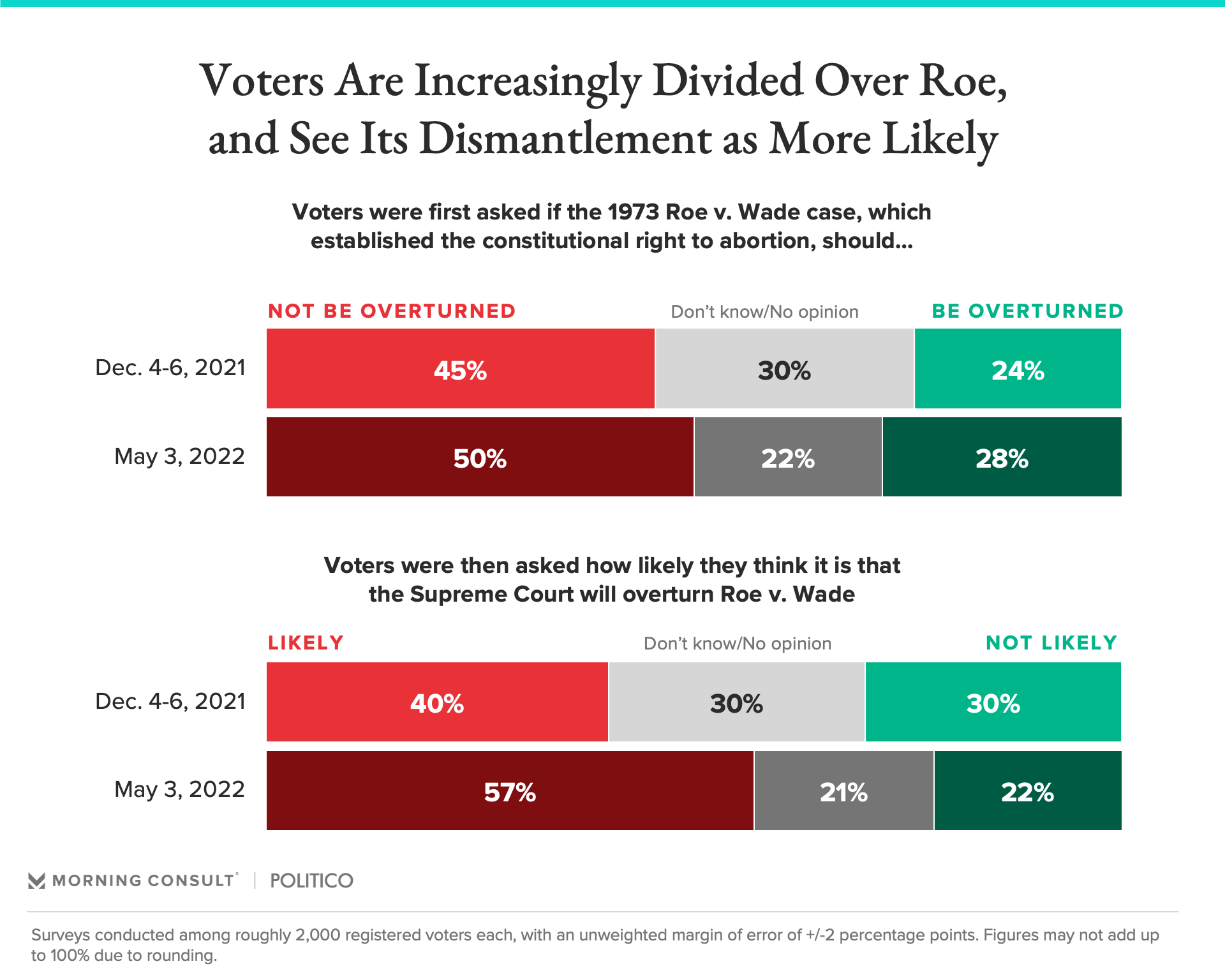 The high court appears poised to roll back Roe when it issues a final decision this summer. Chief Justice John G. Roberts Jr. said the draft majority opinion obtained by Politico was genuine but “does not represent a decision by the Court or the final position of any member on the issues in the case.” Roberts also said he ordered an investigation into how the draft became public, given such leaks are rare.

The ruling would upend the country’s reproductive care landscape. State policymakers have been chipping away at abortion access for years, but lawmakers in 24 states would likely ban it outright if Roe were reversed, according to an analysis from the Center for Reproductive Rights. Some have already tried to bar pregnant people from traveling to other states to obtain abortions. 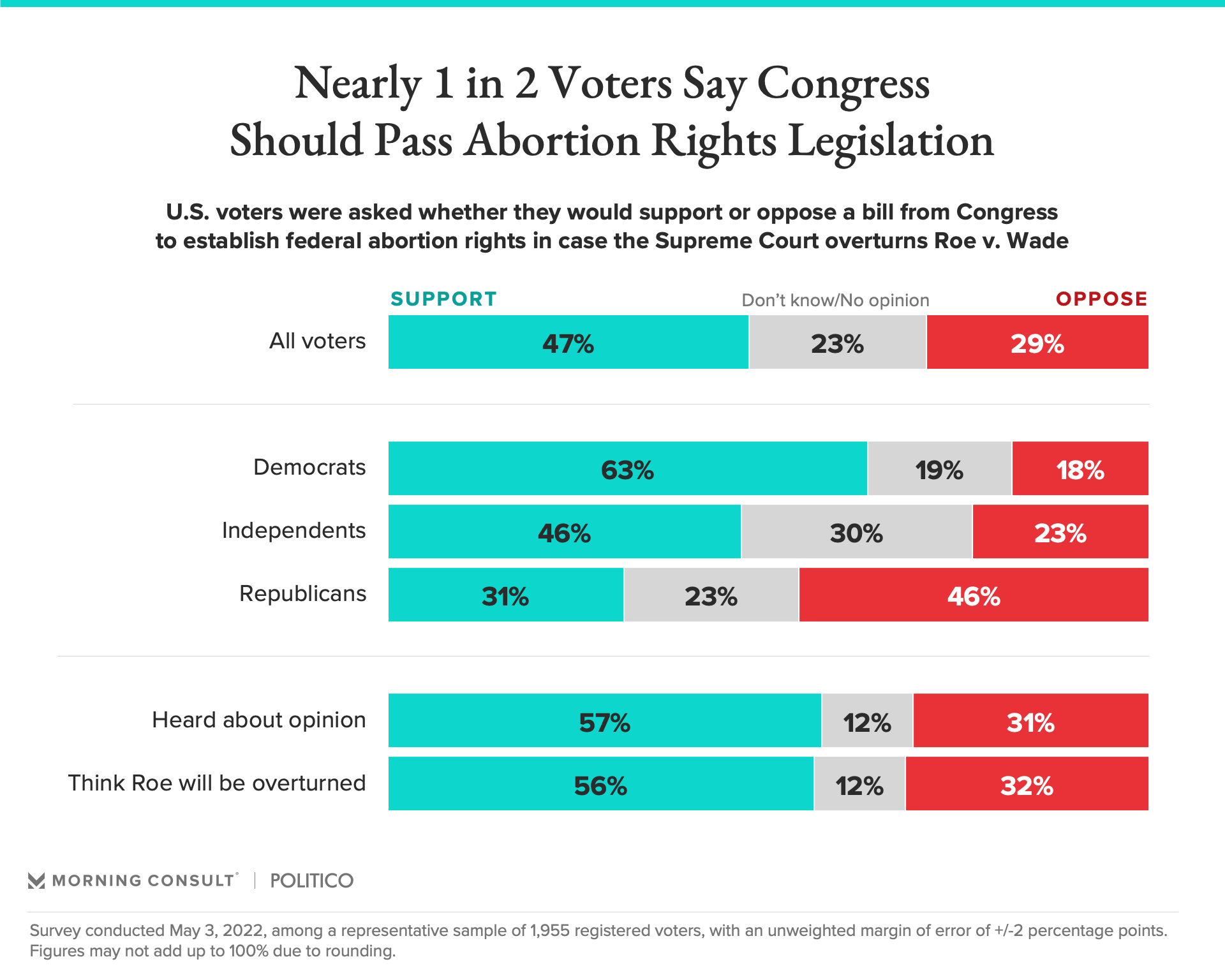 Voters tend to back congressional action to codify Roe, but are doubtful it would pass

The draft likely came as a surprise to many, given in December 2021, just 40% of voters said they thought the Supreme Court would likely reverse the ruling. And it’s already prompting calls for action from Congress: Just under half of voters said they would support a bill to codify abortion rights, including 63% of Democrats.

Senate Majority Leader Chuck Schumer (D-N.Y.) said he plans to hold a vote next week on abortion rights legislation, which has been stalled since the House passed it last year. In a statement, President Joe Biden called on Congress to pass a bill and urged people to vote for “pro-choice officials.” 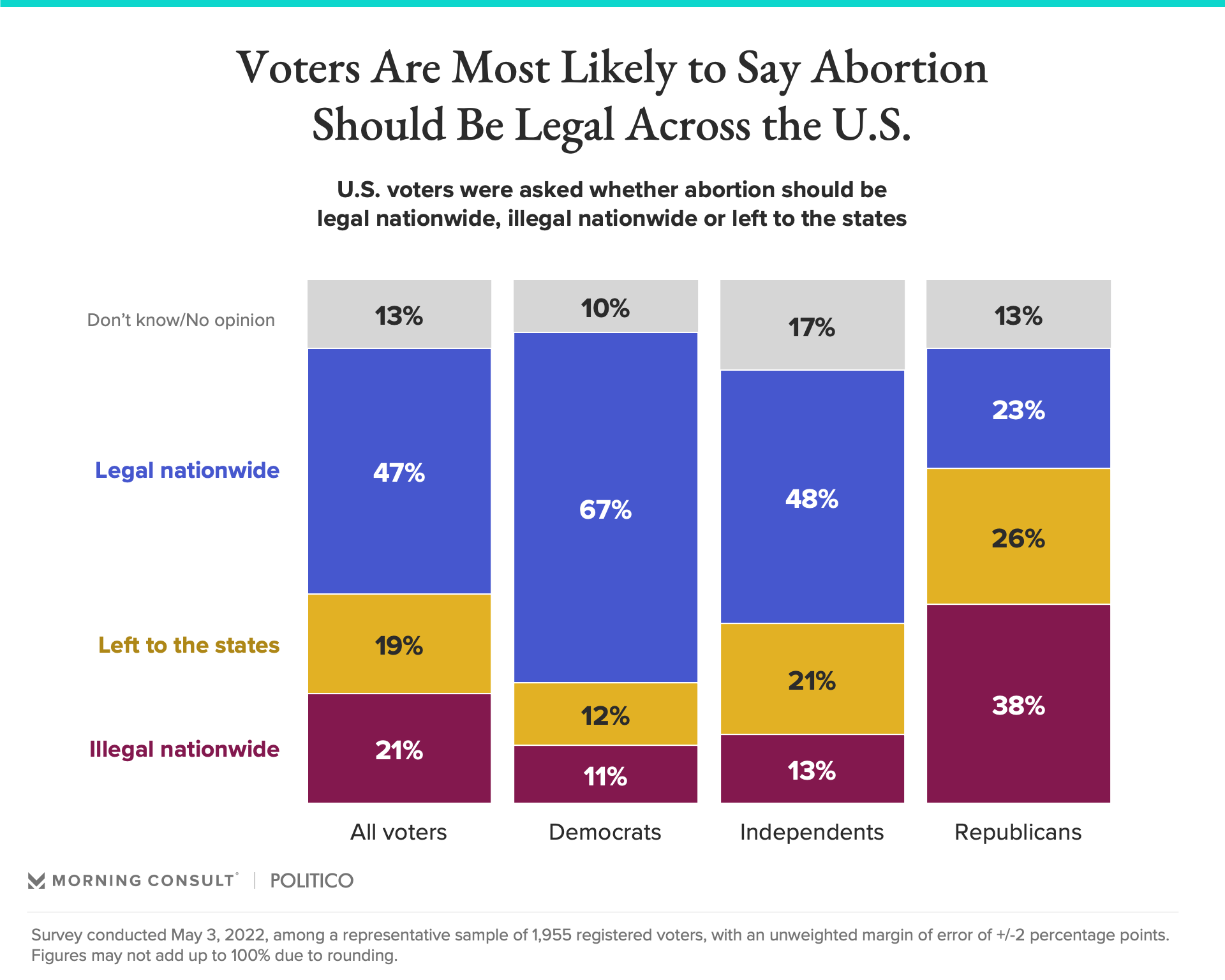 Asked how they feel about the Supreme Court’s draft opinion, Democrats were most likely to say they feel “worried” and “frustrated,” while Republicans said they were “hopeful” and “happy” and voters of both parties were “interested.” Yet it’s still unclear whether the energy will translate to action at the ballot box come November.

As of Tuesday afternoon, just 23% of voters had seen, read or heard “a lot” about the high court’s draft decision. And, just as was the case in a Morning Consult/Politico survey conducted over the weekend, Republicans remain more likely than Democrats to say they are “very” or “extremely” enthusiastic about voting in November.

Related: Abortion Fight Could Upend Women’s Health Care. Many Are Worried It Could Limit Their Access to Birth Control
Abortion Supreme Court