54% of Democrats are “extremely” or “very” enthusiastic about voting in November, up 6 points over a week 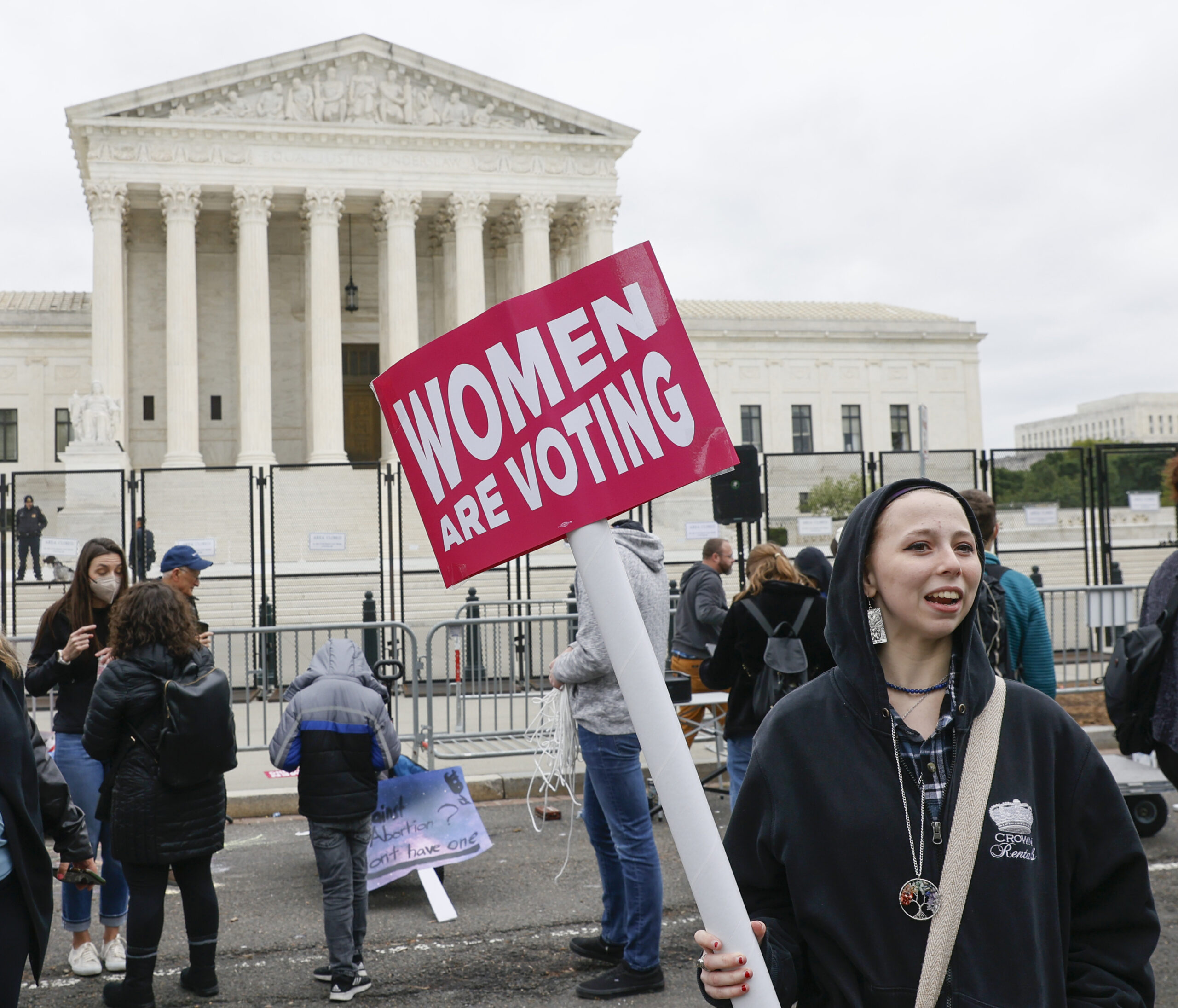 Demonstrators hold up signs during a Mother's Day rally in support of abortion rights at the U.S. Supreme Court on Sunday. (Jemal Countess/Getty Images for Supermajority)
By Eli Yokley

The news of the Supreme Court’s apparent intention to overturn the landmark Roe v. Wade decision that’s enshrined abortion rights at the national level is revving up Democrats’ intensity for midterm voting, Morning Consult/Politico tracking suggests, but Republicans remain more enthusiastic about voting in November’s contests that will decide who controls the House and the Senate beyond 2022.

Weekly surveys conducted among at least 720 Democratic voters and 681 Republican voters, with unweighted margins of error ranging from +/-3-4 percentage points.

Republicans are more enthusiastic about the midterms

The figures paint only an early picture of the potential impact Roe’s dissolution could have on 2022’s political landscape: The court has issued no official ruling, meaning services are still in place in states where they are offered, and many Americans have yet to hear the news. But at this point, the data does not suggest that abortion will upend the midterm dynamic in a decisive way.

According to the latest survey, 36% of voters said they had seen, read or heard “a lot” about the draft opinion, up from 23% in a survey conducted the day after Politico revealed Alito’s document. As is often the case, Democrats (44%) were more likely than Republicans (31%) to report hearing “a lot” about the news.

The share of voters who heard a lot about the draft abortion ruling is slightly less than the portion who said the same about news on inflation, and survey data continues to show that the economy is the dominant midterm issue for voters, despite a recent increase in prioritization of reproductive health care.

For Midterms, Economy Weighs Heavier on Voters’ Minds Than Abortion

Share of voters who said the following issues were “very important” when deciding whom to vote for in the 2022 elections:

Weekly surveys conducted among a representative sample of roughly 2,000 registered voters each, with unweighted margins of error of +/-2 percentage points.

Abortion is rising as issue, but it’s trumped by the economy

The latest Morning Consult/Politico survey was conducted May 6-9. 2022, among a representative sample of 2,005 registered U.S. voters, with an unweighted margin of error of plus or minus 2 percentage points.