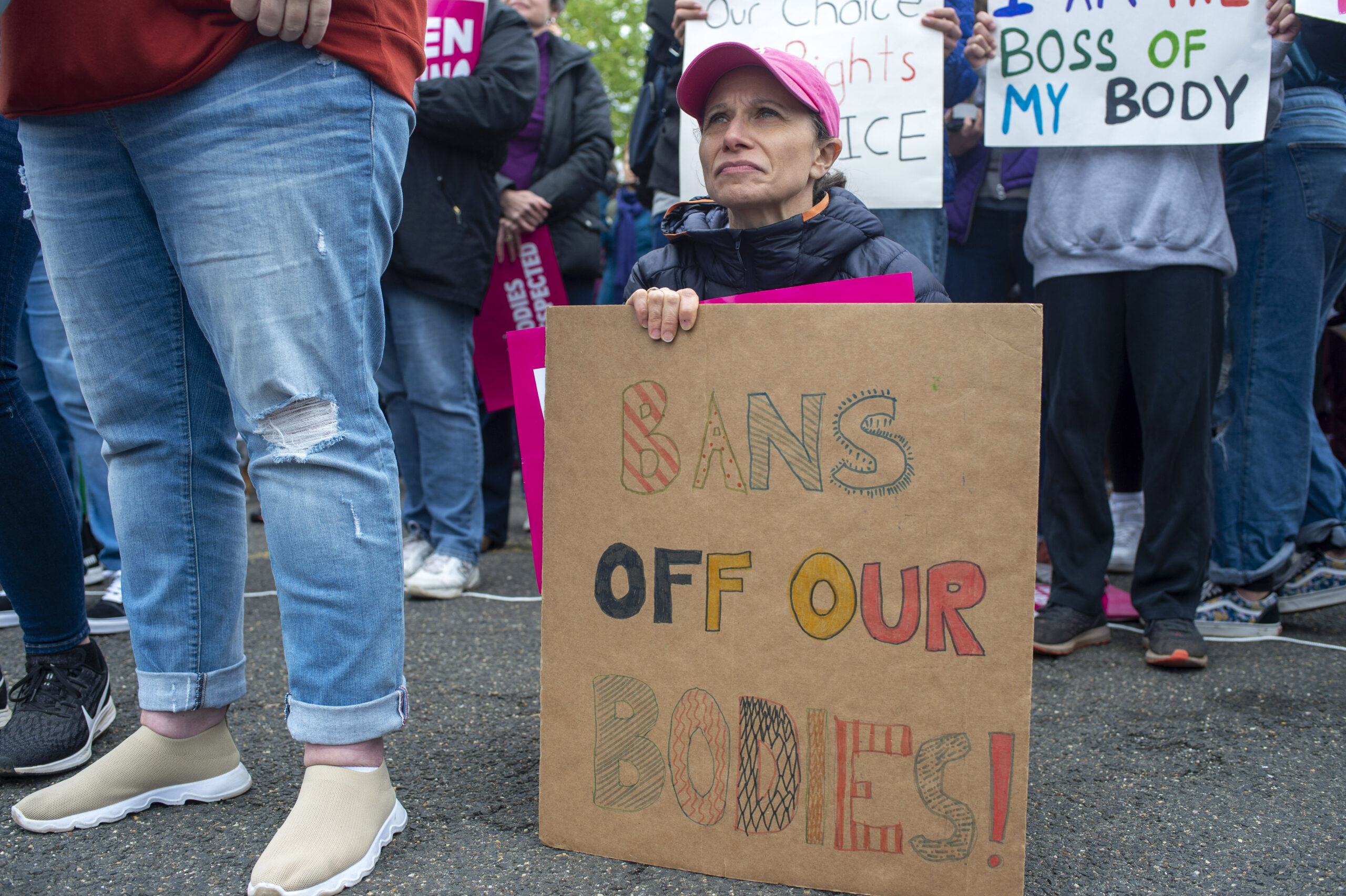 An abortion-rights activist looks on during a Mothers Day demonstration outside the U.S. Supreme Court on May 8, 2022, in Washington, D.C. (Bonnie Cash/Getty Images)
By Gaby Galvin

As news sinks in that the Supreme Court will likely overturn Roe v. Wade, voters are retreating deeper into their partisan corners on how abortion rights should be addressed going forward, a new Morning Consult/Politico survey shows.

And among the slice of voters who want the high court to topple the landmark 1973 ruling, many back the type of harsh penalties for abortion patients and providers that are being pushed in some conservative states. 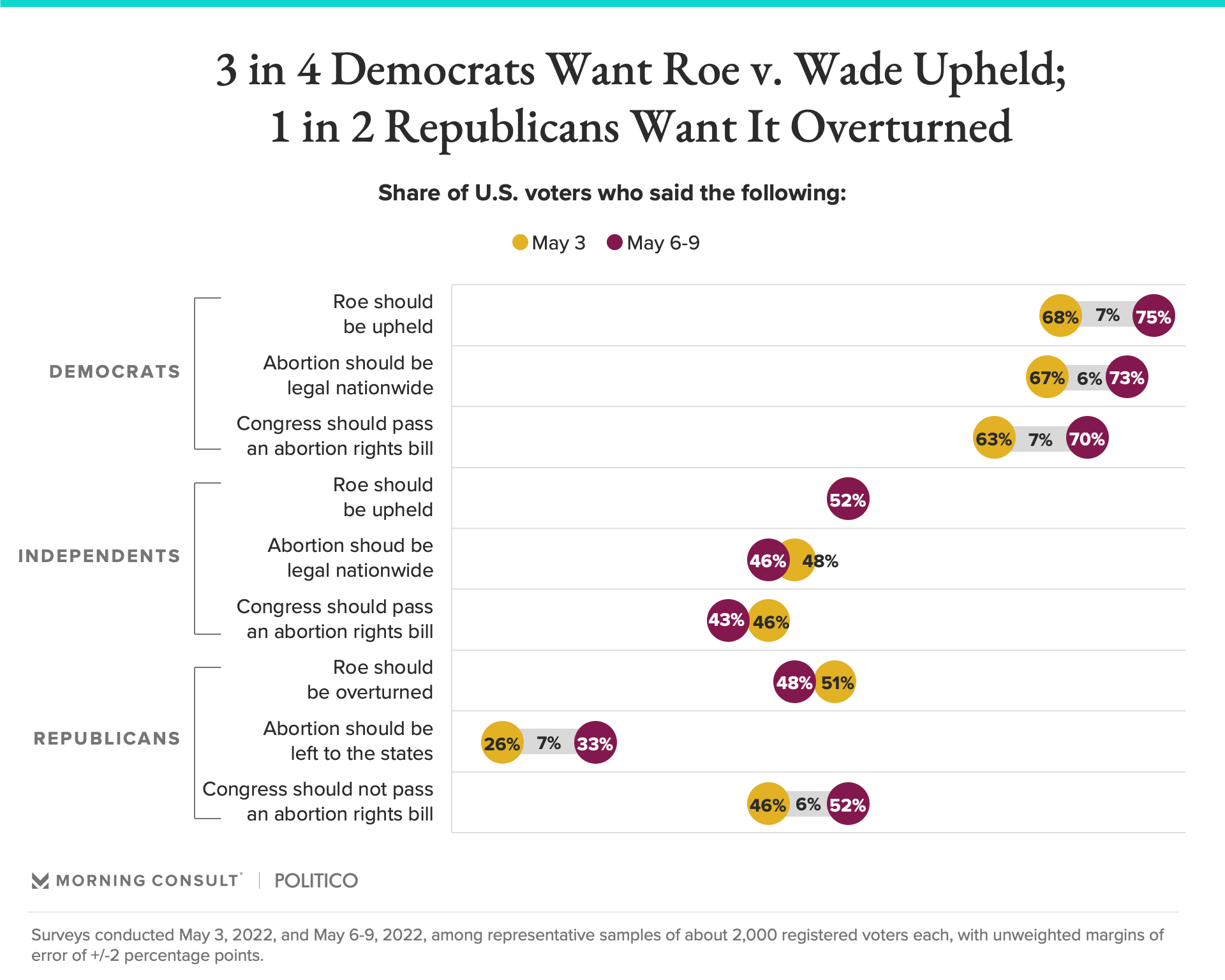 Voters are more entrenched in their views 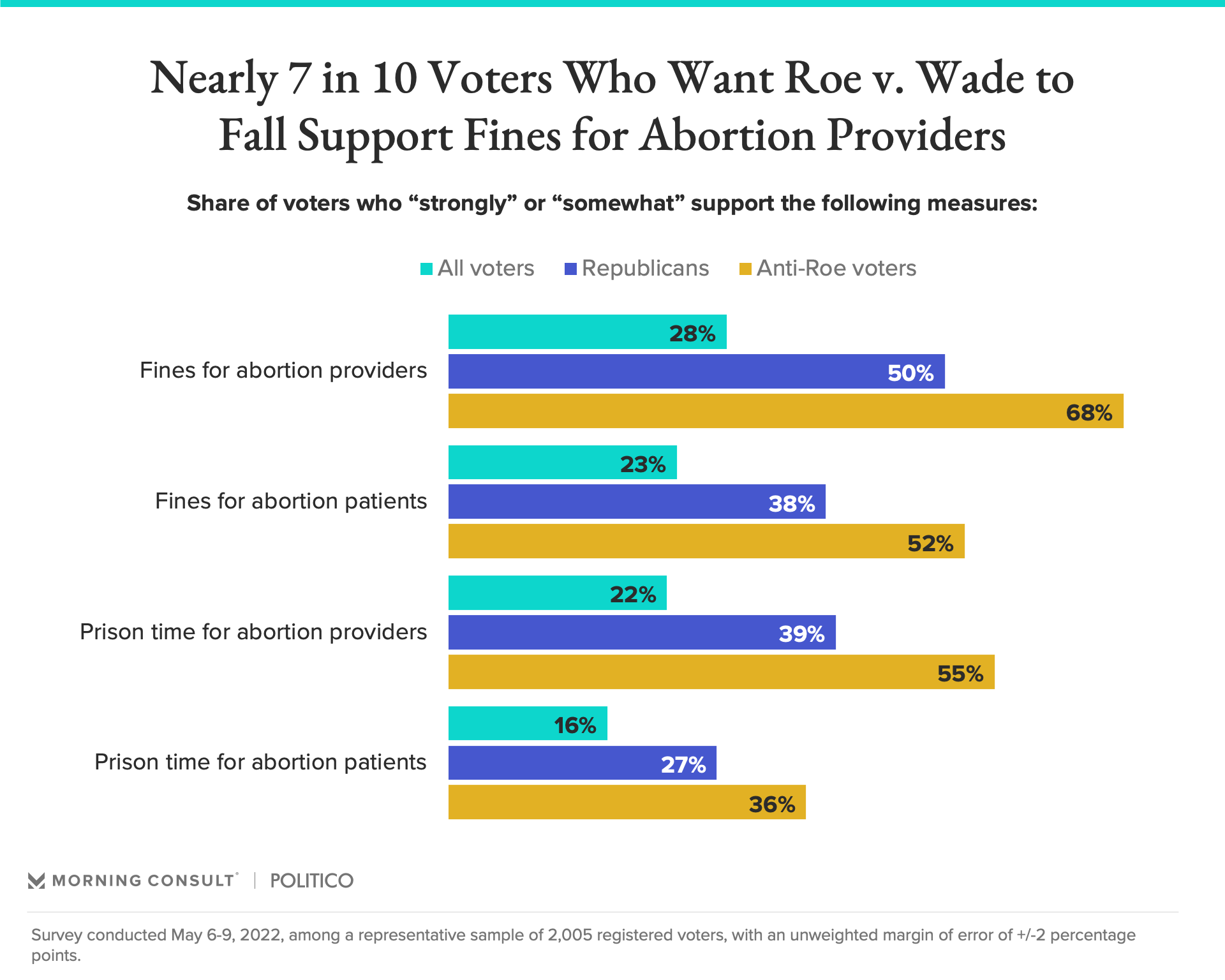 The May 3 and May 6-9, 2022, surveys were conducted among representative samples of about 2,000 registered voters each, with unweighted margins of error of plus or minus 2 percentage points.

Related: Abortion Fight Could Upend Women’s Health Care. Many Are Worried It Could Limit Their Access to Birth Control
Abortion Supreme Court