Younger respondents were more supportive of potential actions companies could take, according to new survey 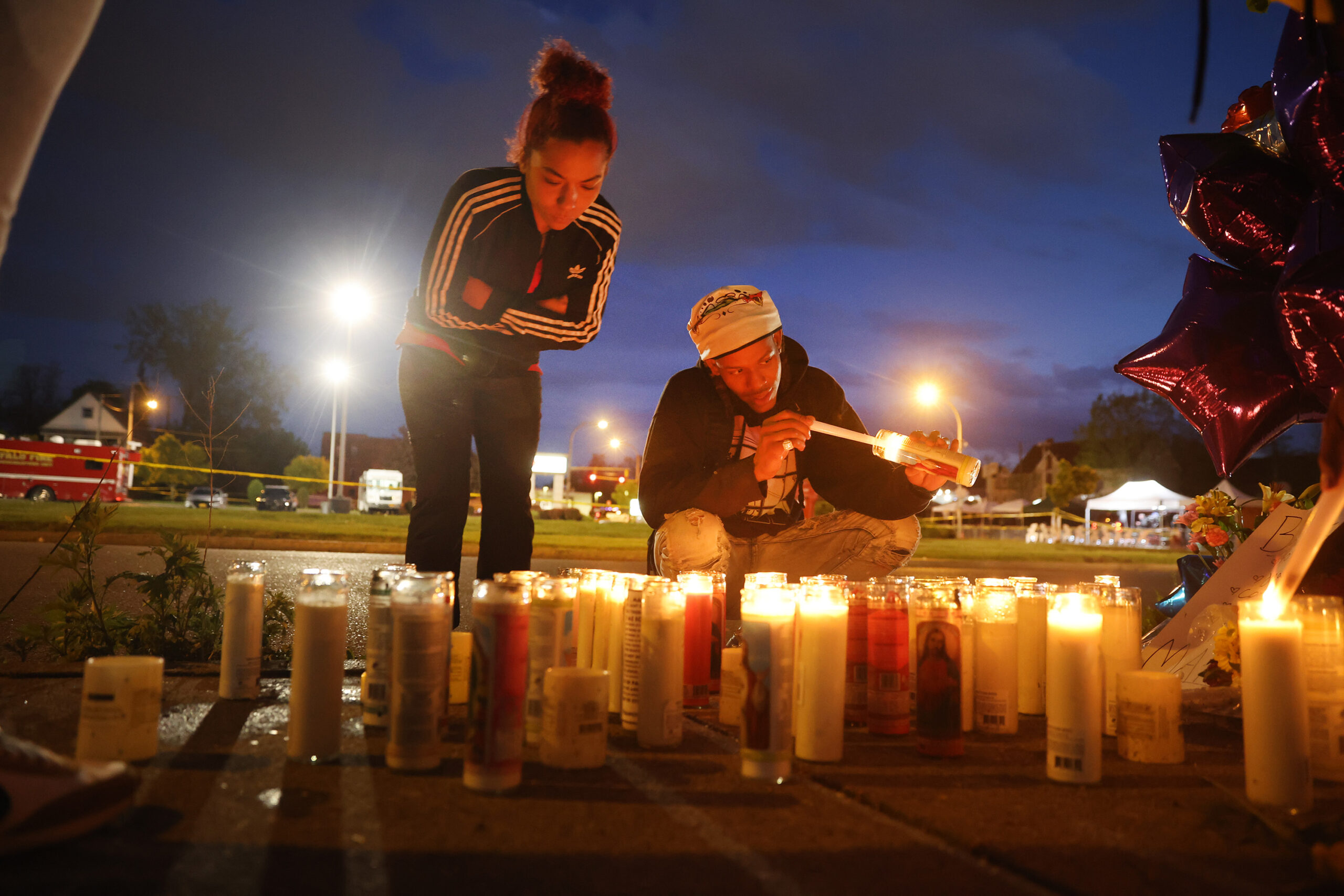 But voters’ appetite for corporate donations to gun-control advocacy groups in response to the shooting was more tepid.

Respondents were asked if companies should take the following actions in response to the Buffalo, N.Y., mass shooting:

Survey conducted May 16, 2022, among a representative sample of 1,702 registered voters, with an unweighted margin of error of +/-2 percentage points. Figures may not add up to 100% due to rounding. 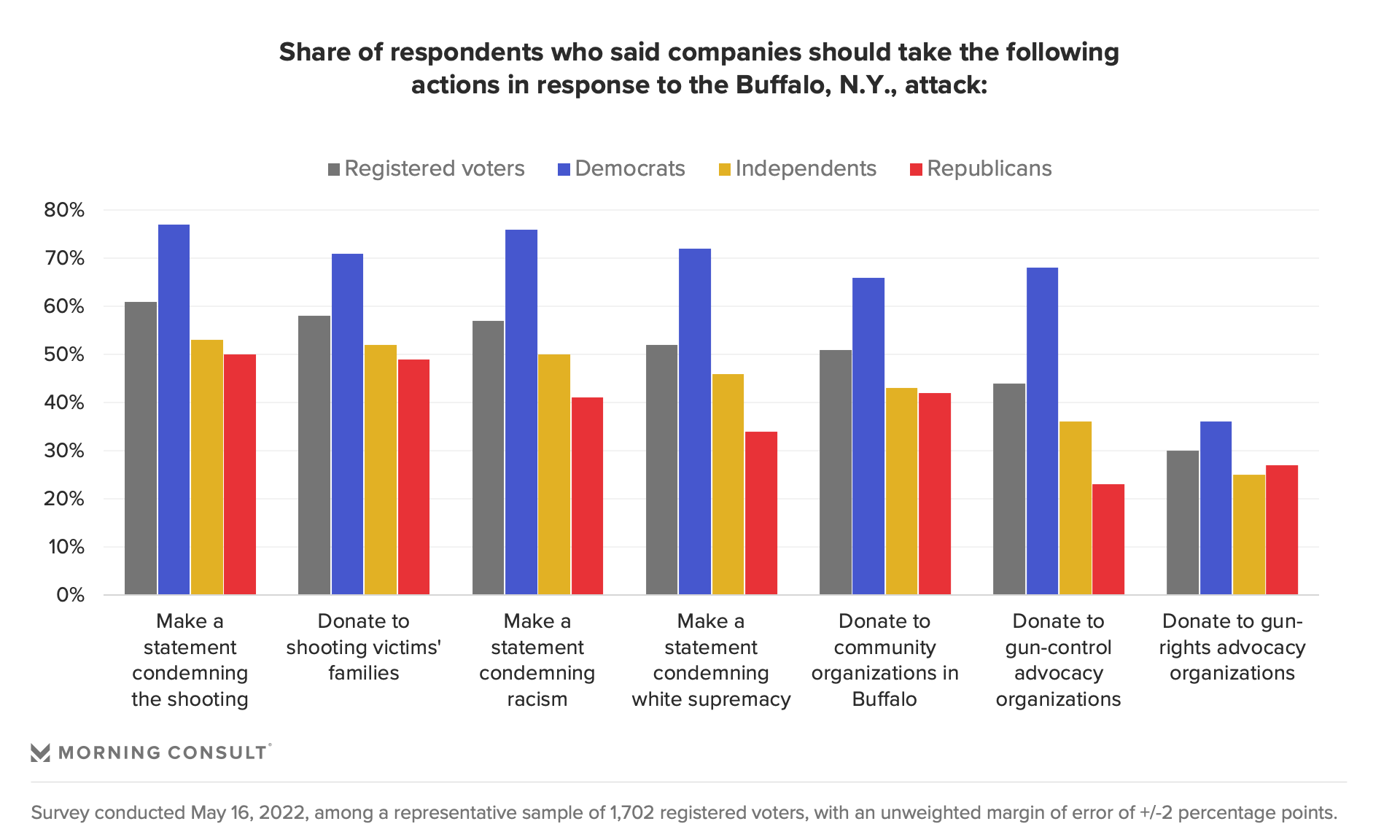 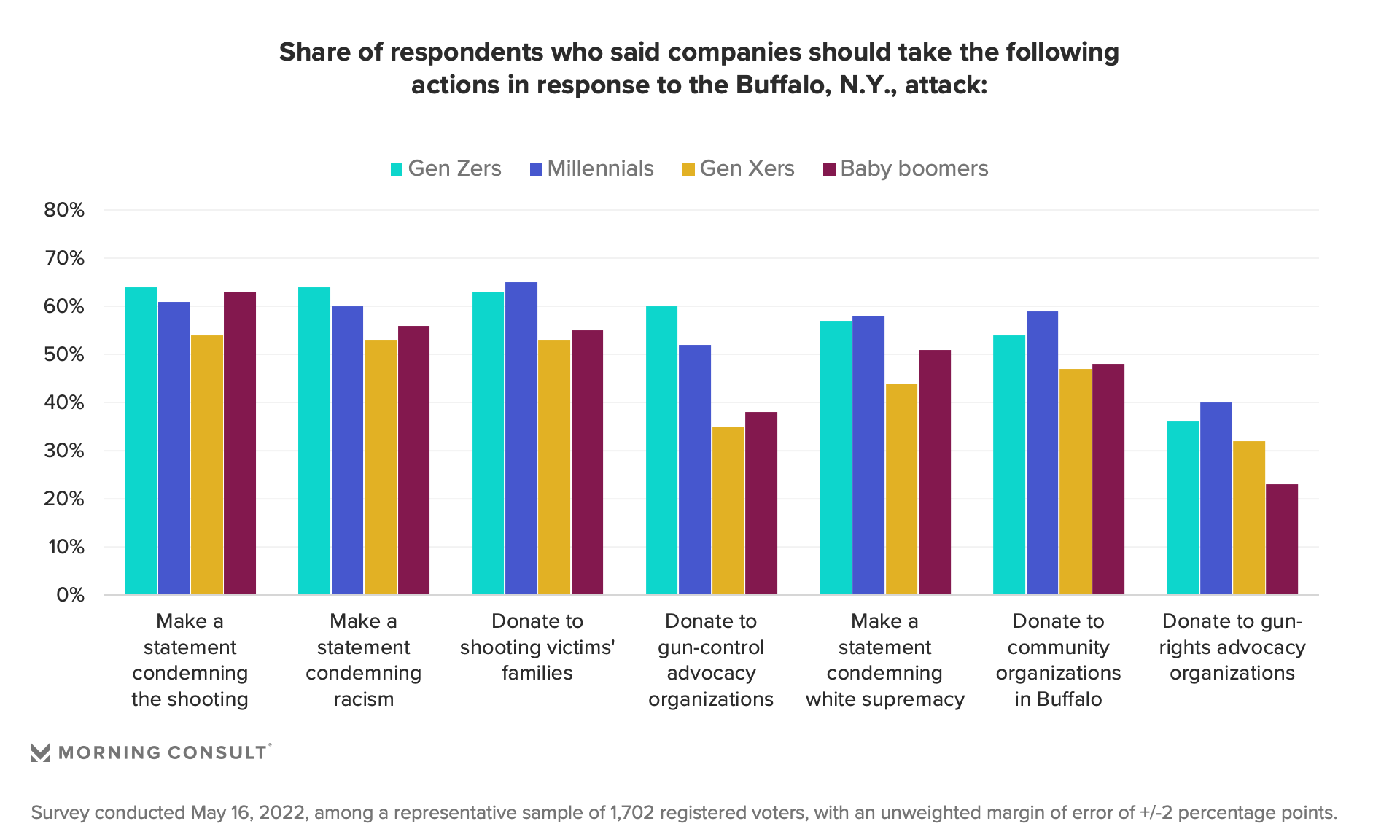 The corporate world feels increasing pressure to react to breaking news events and political issues that affect their customers. The new Morning Consult data reveals that most Americans want brands to acknowledge the tragic event in Buffalo, but are less comfortable with companies’ putting their money behind organizations that advocate for gun control.

In recent years, corporate America has urged elected officials to enact stronger restrictions on gun access, including in 2019, when 145 chief executives signed a letter of support for expanded background checks for firearm sales. There have been some consequences for companies that directly address gun control issues, such as declined sales and calls for boycotts at Dick’s Sporting Goods Inc. after it tightened up policies related to gun sales.

Though numerous brands have been quick to make their stances clear on recent issues like Russia’s invasion of Ukraine, the consumer industry has been relatively quiet in the immediate aftermath of the Buffalo mass shooting, which is being investigated as a hate crime.

That hasn’t stopped related criticism against social media companies, particularly for the proliferation of the live video of the attack that the alleged Buffalo shooter streamed on Amazon.com Inc.’s Twitch platform. Actress Selena Gomez also called out the companies for not doing a better job of limiting the spread of hate speech online.

The survey was conducted May 16, 2022, among a representative sample of 1,702 registered voters, with an unweighted margin of error of plus or minus 2 percentage points.