Amid Partisan Finger-Pointing on Inflation, Voters Say a Few Different Entities Have a Lot of Power Over Rising Prices

Comparable shares of voters say the president, Fed, Congress and large corporations have “a lot” of power to manage rising consumer prices 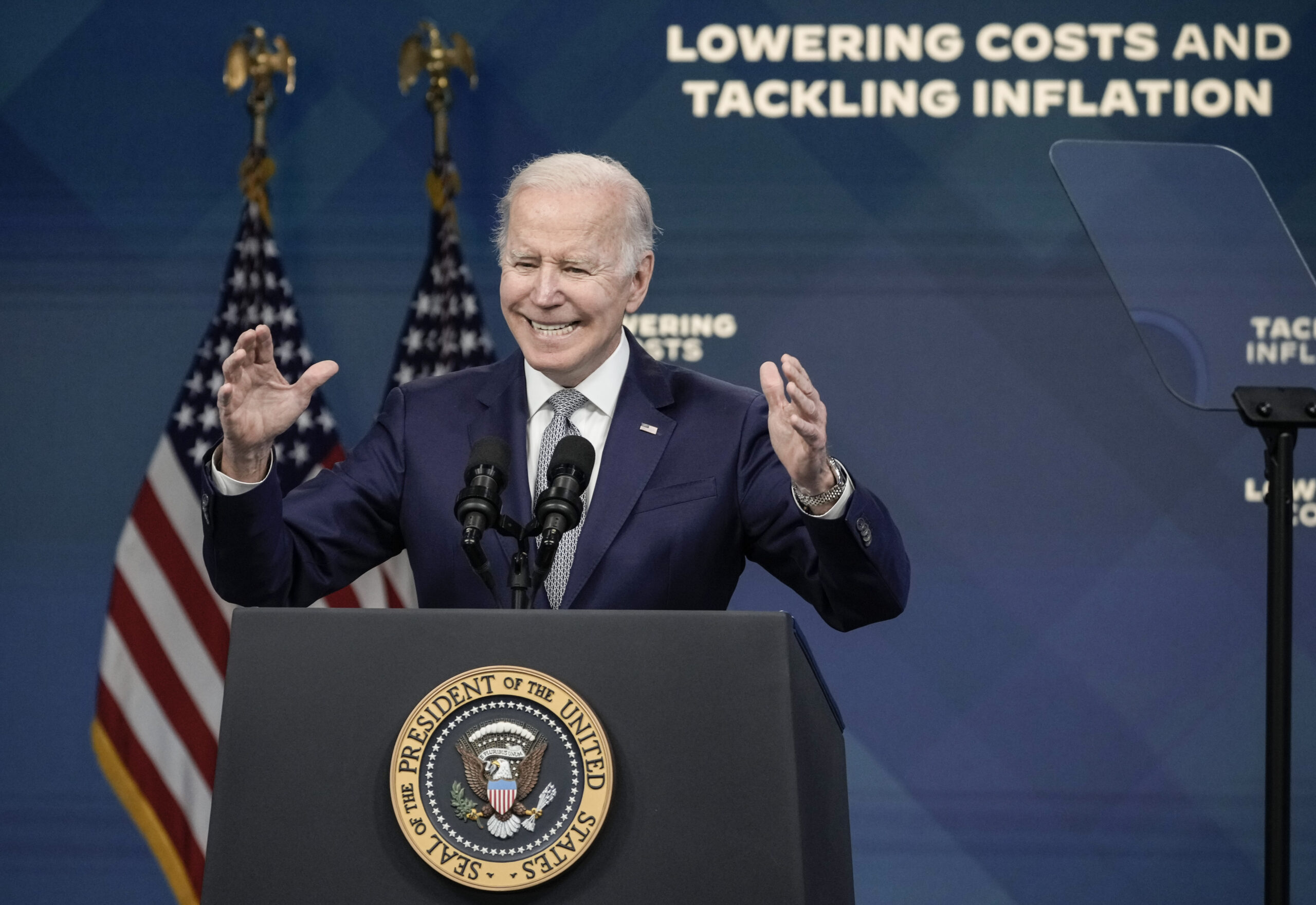 President Joe Biden speaks about inflation and the economy in the South Court Auditorium on the White House campus on May 10, 2022, in Washington, D.C. (Drew Angerer/Getty Images)
By Amanda Jacobson Snyder

With inflation continuing to hover around 40-year highs and the Federal Reserve moving more aggressively to raise interest rates, lawmakers on both sides of the aisle have been pointing fingers over the stubbornly high rise in consumer prices. A new Morning Consult/Politico survey indicates that voters are mostly buying what both Republicans and Democrats are selling. 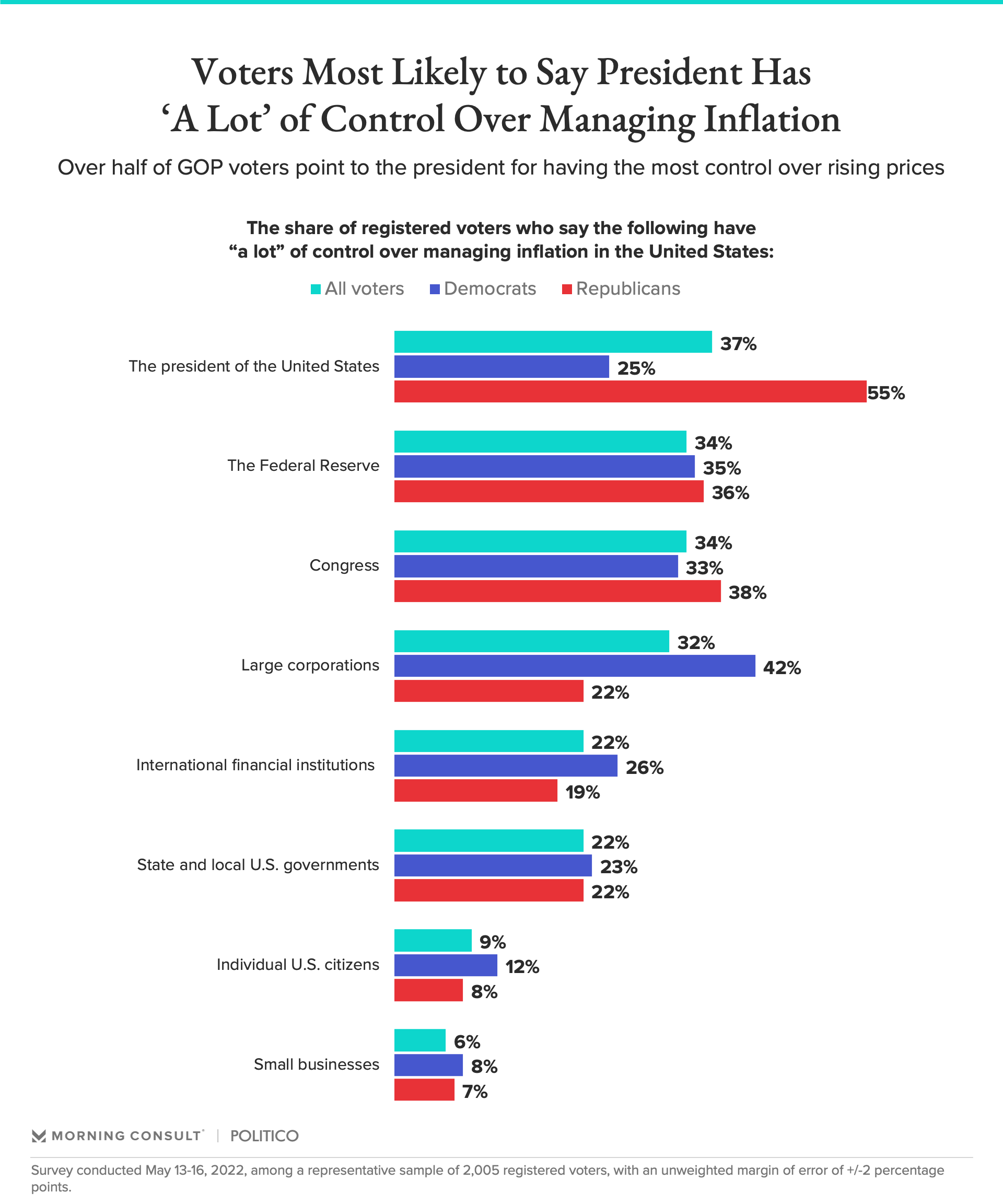 The May 13-16, 2022, survey was conducted among a representative sample of 2,005 registered voters, with an unweighted margin of error of plus or minus 2 percentage points.