Measure is divisive on Capitol Hill, but its provisions have broad bipartisan backing among U.S. voters 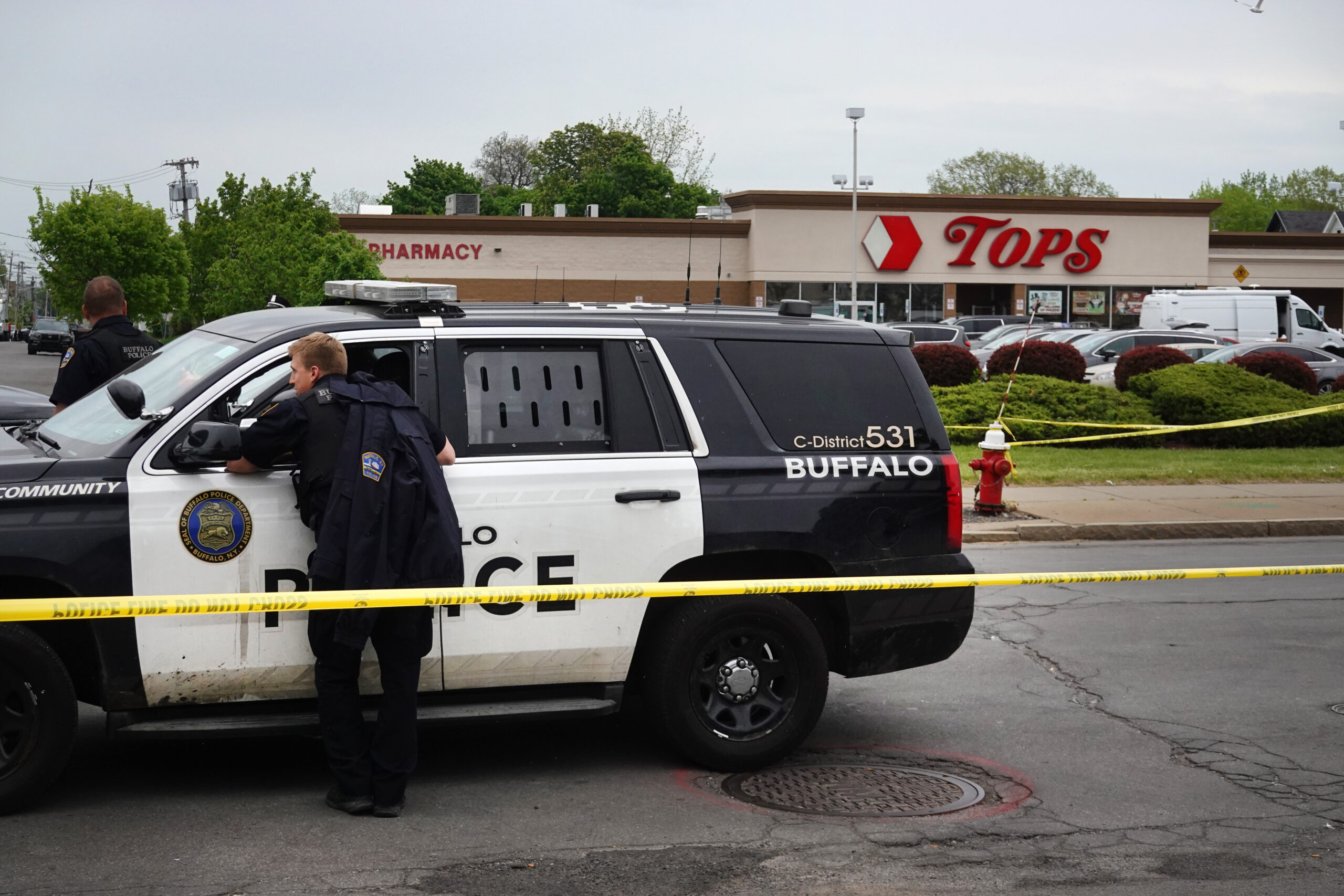 Authorities on May 16 continue their investigation of the alleged racially motivated May 14 shooting at Tops Market in Buffalo, N.Y. (Scott Olson/Getty Images)
By Eli Yokley

The Domestic Terrorism Prevention Act of 2022, a measure that passed the House last week in response to the Buffalo, N.Y., shooting, is divisive along party lines on Capitol Hill. But among the electorate, its core provisions have broad support among Democrats and Republicans, according to a new Morning Consult/Politico survey. 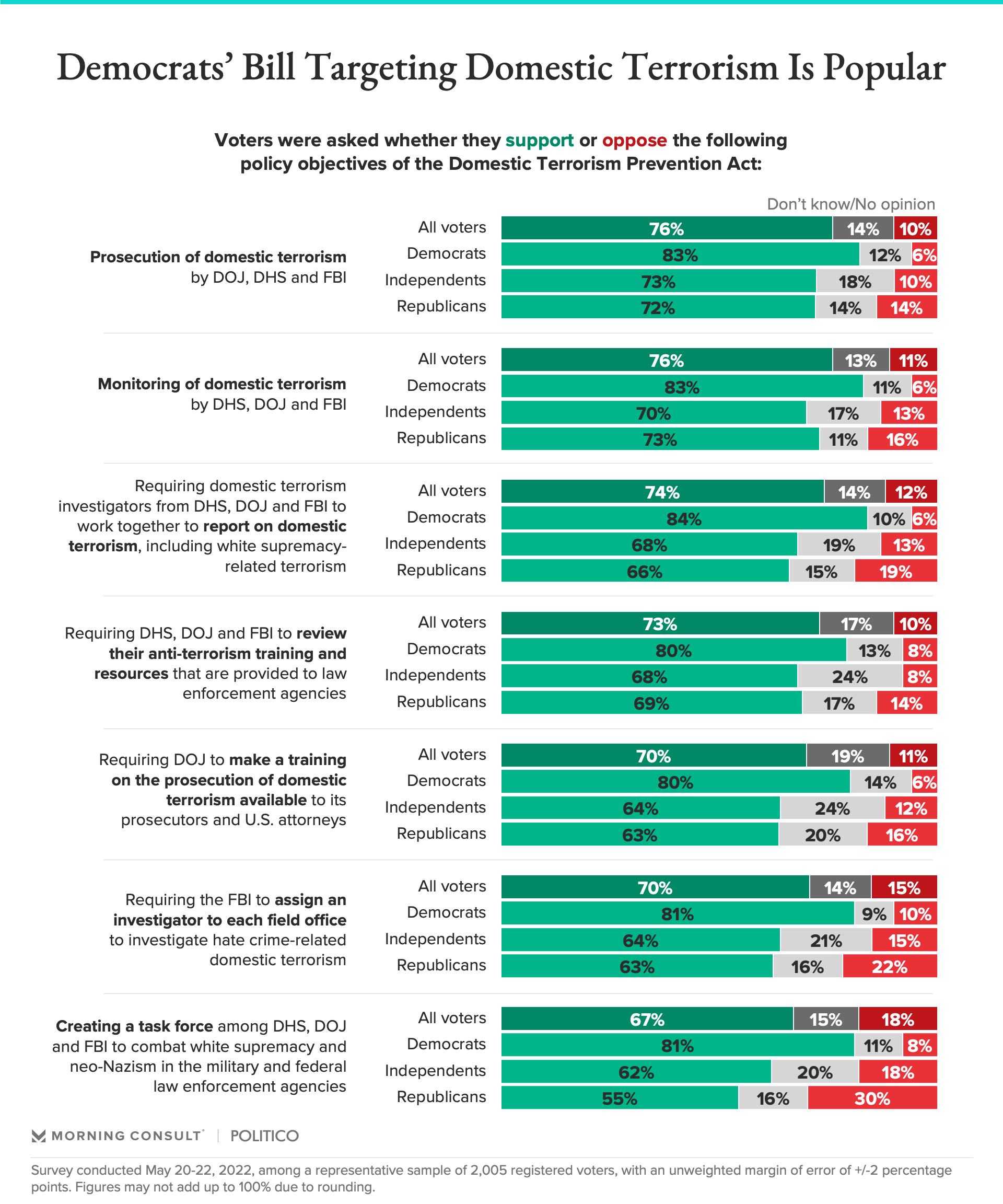 Where Congress stands on the Domestic Terrorism Prevention Act

When the anti-domestic terorrism legislation came up for a vote in the House, just one Republican, retiring Rep. Adam Kinzinger of Illinois, voted with 221 Democrats to send the measure to the Senate, while its three House Republican co-sponsors all voted no over concerns about Democrats’ changes.

Senate Majority Leader Chuck Schumer (D-N.Y.) is expected to bring up the legislation for a procedural vote this week as part of Congress’ answer to the May 14 mass shooting at a grocery store in a predominantly Black Buffalo neighborhood, where law enforcement officials believe the suspect was acting with racist intent.

But the bill is not poised to get enough bipartisan backing to advance as Republicans accuse Democrats of using it to police political speech. And though the bill is popular, it’s not clear Republicans will pay a political penalty for opposing it.

The party’s members on Capitol Hill have regularly opposed, with near unanimity, Democrats’ Biden administration-era policy objectives that are broadly popular with the public, and there’s little evidence to suggest that it’s going to hinder their efforts to retake control of the House, if not also the Senate.

The latest Morning Consult/Politico survey was conducted May 20-22, 2022, among a representative sample of 2,005 registered U.S. voters, with an unweighted margin of error of plus or minus 2 percentage points.